Holidays in Sri Lanka in January 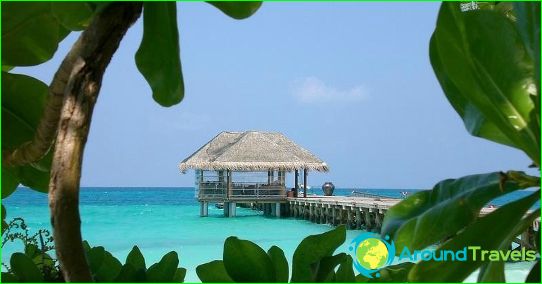 Weather in Sri Lanka in January allows forI want to enjoy the rest, in spite of the fact that not every day is ready to please the tourists with good weather. So what are the characteristics of the region on climate can be identified?

Sea in January in Sri Lanka fairly quiet. At the same time, the waves can get up on some beach in Kalutara, Colombo, Beruwela, Bentota, Negombo. Ideal place for diving are Unuvatuna, Hikkaduwa, Dalavella, Weligama. Ocean warms evenly, and the approximate temperature of + 28C.

Holidays in Sri Lanka in January can bereally unusual. Sri Lanka has an amazing cultural heritage, in which you can note the Christian, Islamic, Buddhist and Hindu roots. However, local festivals and celebrations "floating" date.

In January, held "Duruthu-Perahera" - an importantholiday, which marks the anniversary of the Buddha's arrival in Sri Lanka. It is believed that the Buddha visited the island 2500 years ago. The main ceremony held in the vicinity of Colombo near the temple of Kelaniya. Gangaramya Temple holds hits "Navam" and the pilgrims have the opportunity to venerate the relics.

Belize Capital: card photo. What is the capital city in ...

Holidays in Seychelles in January: the prices and ...