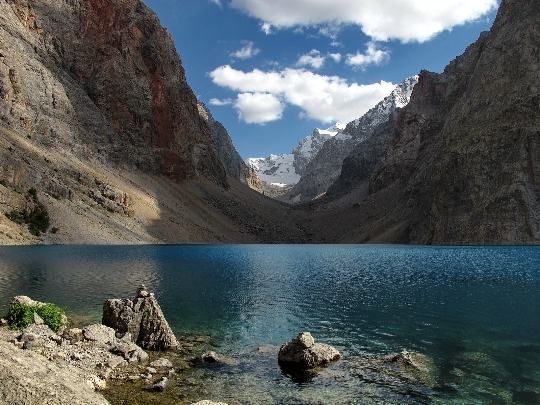 So far, this state is not one ofAsian countries, popular among tourists. Meanwhile, Tajikistan's national characteristics and could be an attractive point for the part of the curious public who travels the world in search of new sensations.

In this country, especially in remote areas,still remained patriarchal, you can get acquainted with various rituals that are associated with various crafts, calendar or religious holidays.

Dedication to the master

Very beautiful sight that in addition toTajiks filled with deep meaning. The custom is called kamarbandon, this kind of dedication to master. Traditionally, any craft boys were taught from childhood, in giving training recognized craftsman. Over time and when it reaches a certain level of young men in the profession carried out this beautiful ceremony.

Master gird oneself initiate and symbolicallyHe handed weapon craft. I initiate had to arrange a table in honor of his mentor. At the table were going to all the students and masters of the farm or shop, colleagues.

A number of interesting traditions associated with the Tajikspregnancy, childbirth and the postpartum period. The first 40 days of life were considered to be very important, even got its name - chilla. During this period was necessary maximum protection of the newborn against evil spirits. Mother and child are never left unattended and assistants. In addition, a permanent fire (light), it was decided to maintain. As wards mothers used:

For forty days allocated another specialimportant for the newborn days, for example, the first bathing, dressing ritual of the first shirt. The shirt was taken from an old man (old woman), hoping that the baby will have the same long life. At the end of the holy period of mother and child out on the people who have someone from the family was organized entertainment.

Until today, the people of Tajikistan honoredancient traditions, many rituals in one form or another are preserved and are held today. On the Tajik wedding newlyweds shower made of sweets, dried fruit, to family life was sweet and rich. Again, in order to protect from the bride and groom had to have evil spirits in a wedding dress red color.