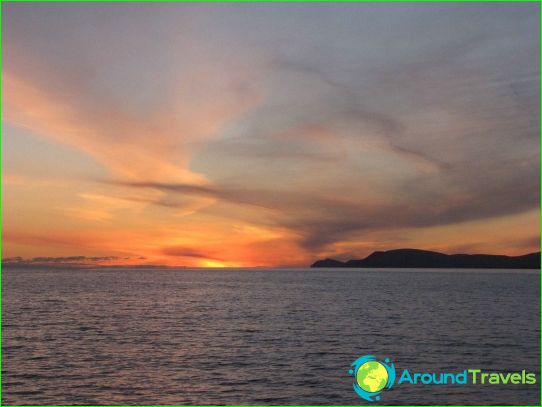 The most northerly of the Far Eastern seas of Russiais the Bering Sea. Its water area is between America and Asia. From the Pacific Ocean sea separates the Commander and Aleutian Islands. Bering Sea map displays that its borders, mainly natural. Only in some areas, it has a conventional boundaries. The Bering Sea is considered one of the most profound and large seas of the planet. It occupies an area of ​​about 2,315,000 square meters. km. Its average depth is 1640 meters the deepest point -.. 4151 m Waters received his designation through Bering researcher who was involved in its study in the 18th century. Until that time, the sea on the Russian maps called Bobrov or Kamchatka.

The sea has a mixed type of continent-oceanand it is considered marginal. Its vast territory of small islands. The largest islands are Aleutian, Commander, Karaginsky, Nelson, St. Matthew, St. Paul, and others. The sea is complex rugged coastline. There are many bays, coves, headlands, peninsulas, straits. In the Bering Sea is greatly influenced by the Pacific Ocean. Water exchange with him going through the straits:. Bering, Kamchatka and other Bering Strait connects the waters of the Arctic Ocean and the Chukchi Sea. In the central and south-western regions are the deep places that are surrounded by the coastal shelf. The relief of the sea floor is flat, with little or no cavities.

The climate in the Bering Sea area

Almost all of the water area is under the authoritysubarctic climate. The Arctic region is located just north stretch of sea, and in the zone of temperate latitudes - the southern outskirts. Therefore, weather conditions vary in different parts of the Bering Sea. Continental climate traits are manifested in areas from 55 degrees latitude. Eastern Region warmer western sea.

The role of the Bering Sea in the country's life

This sea intensively exploited people. Today, there are developed such important industries as maritime transport and fishing. In the Bering Sea caught a huge amount of salmon. Work is also fishing for fish such as plaice, pollock, cod and herring. Practiced fishing of sea animals and whales. In the Bering Sea freight transportation developed, there joined the Far Eastern sea basin and the Northern Sea Route. The coast of the Bering Sea continues to be studied. Scientists engaged in the study of issues related to further development of seafaring and fishing.

Photos of the Bering Sea

Power in Iran. Prices for food in ...