Coat of arms of Antigua and Barbuda Photos, value, description

Antigua and Barbuda Coat of Arms 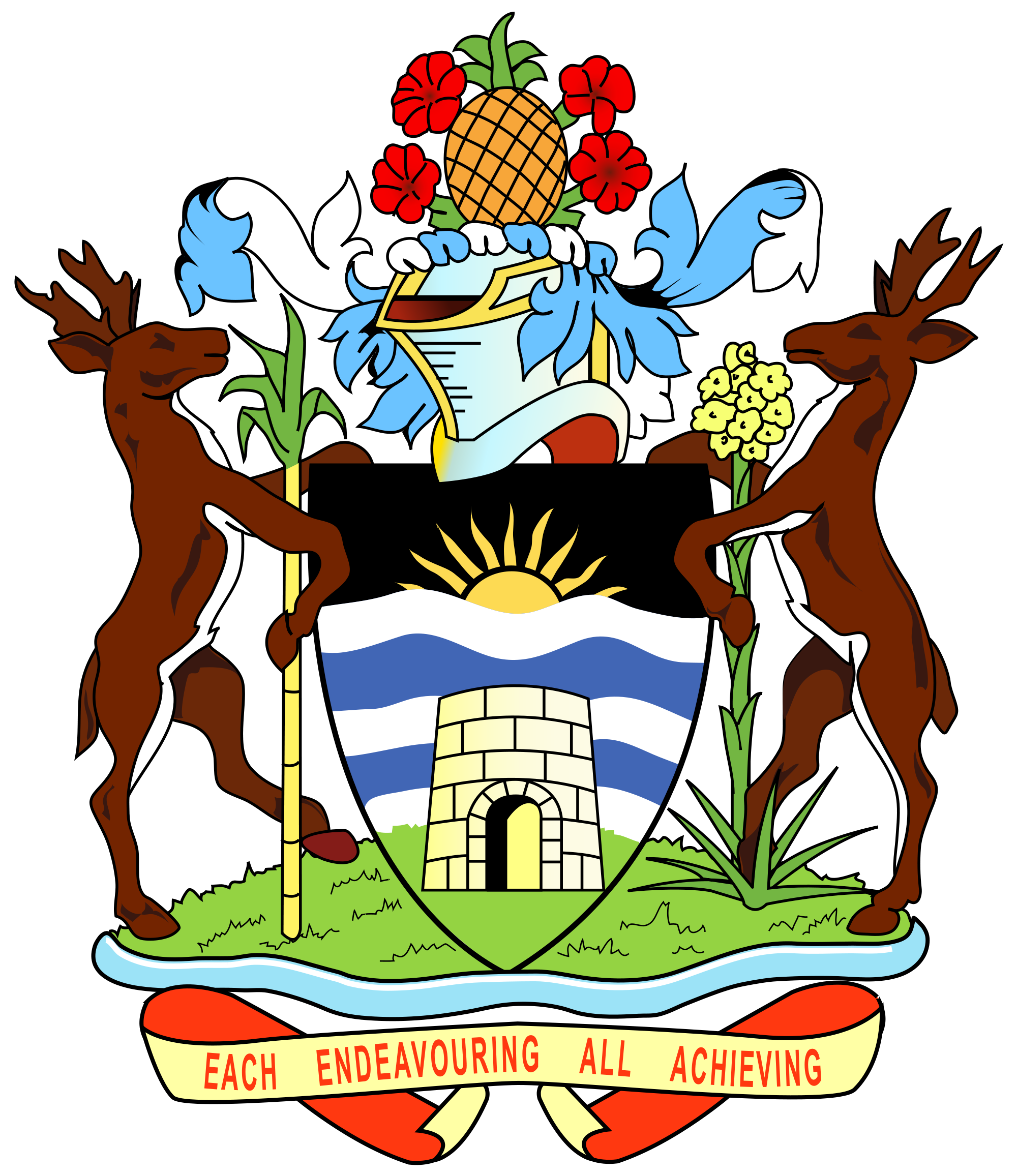 Antigua and Barbuda - the State,located on the same island as well as on the island of Redonda. Like most countries in the Caribbean, after the discovery by Christopher Columbus in 1493, Antigua and Barbuda once were colonized by Britain and were under its protectorate until the end of the XX century. Only in the November 1, 1981, this country has been able to declare full independence and to finally approve the state symbols - the flag and the coat of arms of Antigua and Barbuda. And since then, they remain unchanged.

Prior to European colonization developedstatehood on the lands designated did not exist. Due to the climatic features of the island did not have large populations and were home only to small communities Arawaks, who were later replaced by more warlike Caribs.

However, whatever it was, after thesethe land became the property of the British Empire, the island infrastructure has improved significantly, and scattered local populations have been combined. Later, to work on plantations here were brought slaves from Africa, who later assimilated with the local population and form a new ethnic group. It is a few centuries will be the backbone of the nation's new state of Antigua and Barbuda.

The elements of the country's coat of arms

Quite interesting is the fact that the officialnational symbols here was approved before the ad full independence of -16 in February 1967, and its development involved the Briton Christopher Gordon. And his work so had to taste the country's population, even after obtaining full independence, it has been left unchanged.

The symbolism of the emblem is rather complicated. Traditionally located shield, which shows the sun at its center, waves (sea symbol), and stylized sugar mill ruins. This kind of reference to the history of the modern state of Antigua and Barbuda, which began with the arrival of the colonists.

Around the shield are the following plants: a pineapple; red hibiscus; yucca; sugarcane. They are the national wealth of the islands, and export them to a large extent fills the budget of Antigua and Barbuda, so that his place on the coat of arms they take up is not in vain. As the chargers are the deer. And although they are more traditional for the European countries, in this case a good fit into the big picture and symbolizes the wild islands.