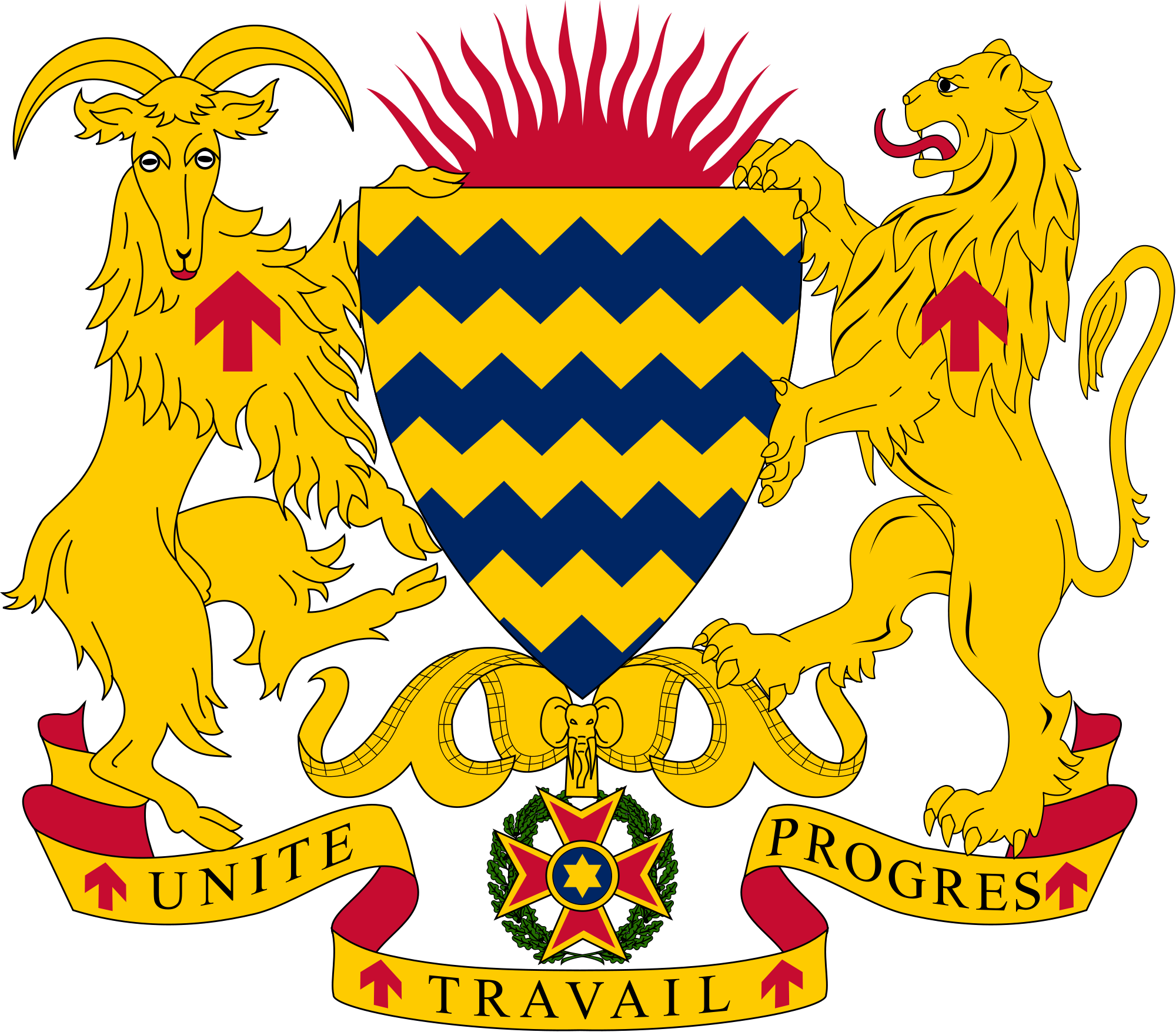 The African continent in the twentieth century significantlyincreased the list of independent states in the world. But in the main official symbols, many of which are fragments, clearly showing that, whose colony was formerly a country. For example, Chad's coat of arms has a ribbon with an inscription - the motto, written in French.

When choosing the main characters and the coat of arms of Chadof composition was not without tips heraldry experts from Europe. This can be seen with the naked eye as the main official symbol of the African state are present:

Azure waves on board - there impersonationthe main water source of the country, the Lake Chad. Information about it can be found for the first time in Ptolemy, who calls him "periodically appearing swamp god Nuba." In the XIX century the lake, like a magnet, beckoned to him of researchers from Europe, he was described Odney Walter in 1823, Heinrich Barth in 1852, Gustav Nahtial in the 1870-72 biennium.

Goat and lion are the most outstanding representativeswildlife of Africa, but the country's coat of arms they have and more, symbolic value. Goat - the personification of the northern part of the nation, the lion, respectively, the southern part of the country. Medallion, a national award, located in the bottom of the coat of arms is one of the main Chadian government awards.

Sun, according to the authors of the emblem, it isa symbol of a new beginning. Generally, the outer body for thousands of years is a source of life, and therefore refers to the major symbolic signs on the planet, used by different people and in different continents.

The image of the sun appeared in the times of the Gentiles. Later religion tried to fight with the symbol, offering to replace it with a cross. But the church was forced to come to terms with this sign and its presence on the official emblems and coats of arms of many countries.

Holidays in Switzerland in October: prices and ...