Coat of arms of Djibouti 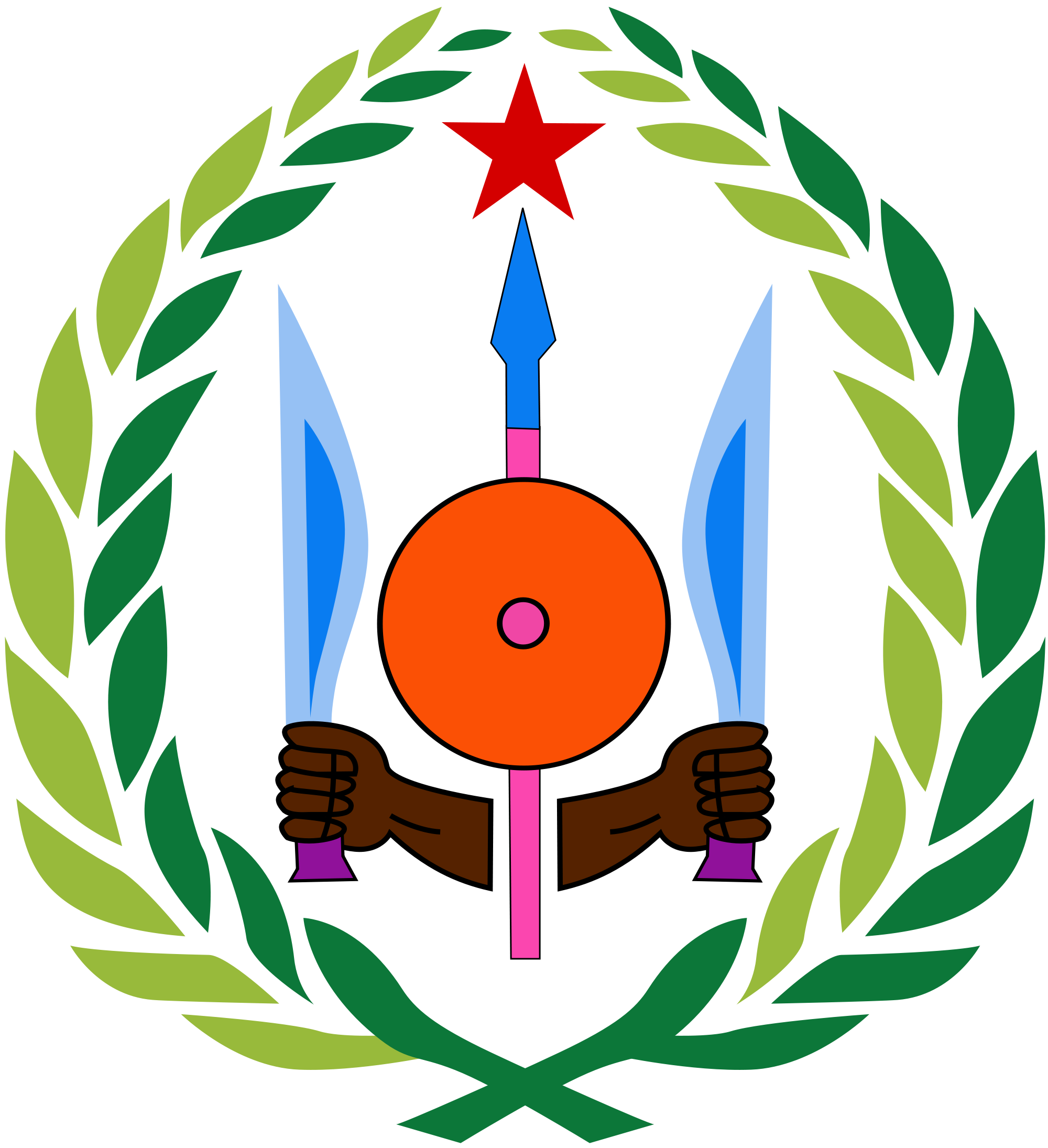 Coat of arms of Djibouti shows the entire inner glowconfrontation inherent in the country's population. More recently, this state does not exist on the political map of the world. Until 1977 the territory of the country, which is located not far from the Horn of Africa, was a French colony called French Territory of the Afars and the Issas. This name clearly reflects the state of affairs related to the eternal struggle between two clans. This fact is reflected in the modern coat of arms of the Republic of Djibouti.

The main elements of the coat of arms

On can see two main emblem Djiboutilaurel, freely flowing around the central emblem design. These branches represent the glory of the young state. Below these two branches intertwined, so together they make up almost a laurel wreath. The rest of the construction is composed of the following elements: a panel; spears two hands; two swords.

At the top of the emblem shines red five-pointedstar, a symbol of the solidarity of the peoples of Djibouti. It is located on top of a vertically delivered spears, slightly disguised in the middle of the shield. Right and left of the traditional African tribal spear depicted hands that hold the drawn swords.

The hidden symbolism of the emblem

The main semantic element of the coat of arms of Djiboutiare hands with swords. If the spear and shield are the traditional weapons of the local population, the country's arms show two key people: the Afars and the Issas. The coat of arms tried to convey the unity of these nations, however, all is not so rosy as it looks on the main emblem of the country.

Clans Danakil (Afar) and Somali (Issa) longat war with each other, although belong to a single language group. In the period of domination of the country of France, dominant in the political life of Djibouti was Afar clan. With the fall of the French control Danakil domination came to an end, and almost all the political levers of government were Somalis. In the early 80s the country was on the brink of civil war, which is yet to happen in 90 years and ended only in 2000.

Rest in Poland in September: price ...