Coat of arms of Kenya 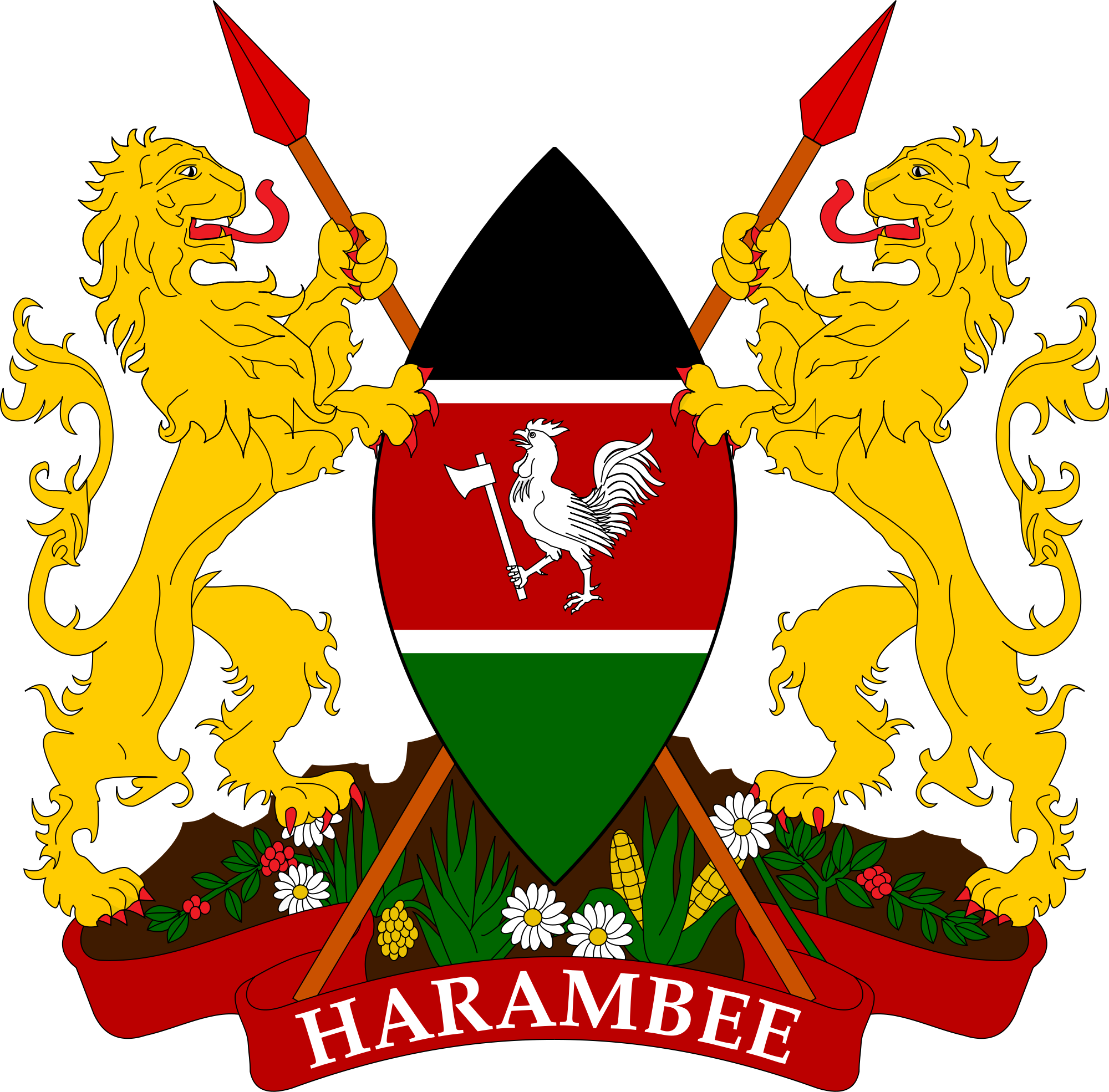 African States in the twentieth century for a long timeI had to fight for freedom and independence in the choice of development path. Many indigenous peoples preserve ancient traditions and way of life. And this despite the fact that their state symbols appear quite modern, like the coat of arms of Kenya.

The main features of the coat of arms

At the heart of the chief of the Kenyan statesymbol - a traditional heraldic images and signs. This takes into account the country's geographical position, its rich flora and fauna, history and prospects.

The main elements of the coat of arms of Kenya:

The color palette is the main symbol of the Kenyanstate rather saturated and bright. This is facilitated by the national colors - green, red (scarlet), black, in which the shield is painted. Also present are the colors of precious metals - gold and silver cock lions depicted with an ax of the same hue.

The symbolism of the coat of arms of Kenya

National colors of the flag and the coat of arms are fulldeep symbolism: black is associated with the color of the skin indigenous people of Kenya, red - is shed in the struggle for freedom of the blood, green - a symbol of fertility, flora wealth.

That crop is an important industryagriculture of the country, represent the tea plant leaves, corn on the cob, pineapple, coffee beans, sisal and pyrethrum. The fruits are located at the bottom of the coat of arms on top of Mount Kenya.

Most of these known plants and othercountries. Pyrethrum exception is one of the names or Dalmatian caucasian chamomile powder from it and which is used to combat pests, horticultural insect. Kenya - one of the largest suppliers of this amazing plant to the world market, along with Japan, Tanzania and Ecuador. Sisal - a fiber derived from agave, which grows everywhere in the country.

Another interesting element of the coat of arms issilver rooster holding an ax in his paw. This bird belongs to an ancient symbol, it is associated with such concepts as the dawn, or awakening, alertness and vigilance. These qualities symbolizes the Kenyan cock, and, since he was armed with an ax, then, according to the rules of heraldry, he is "ready to fight".