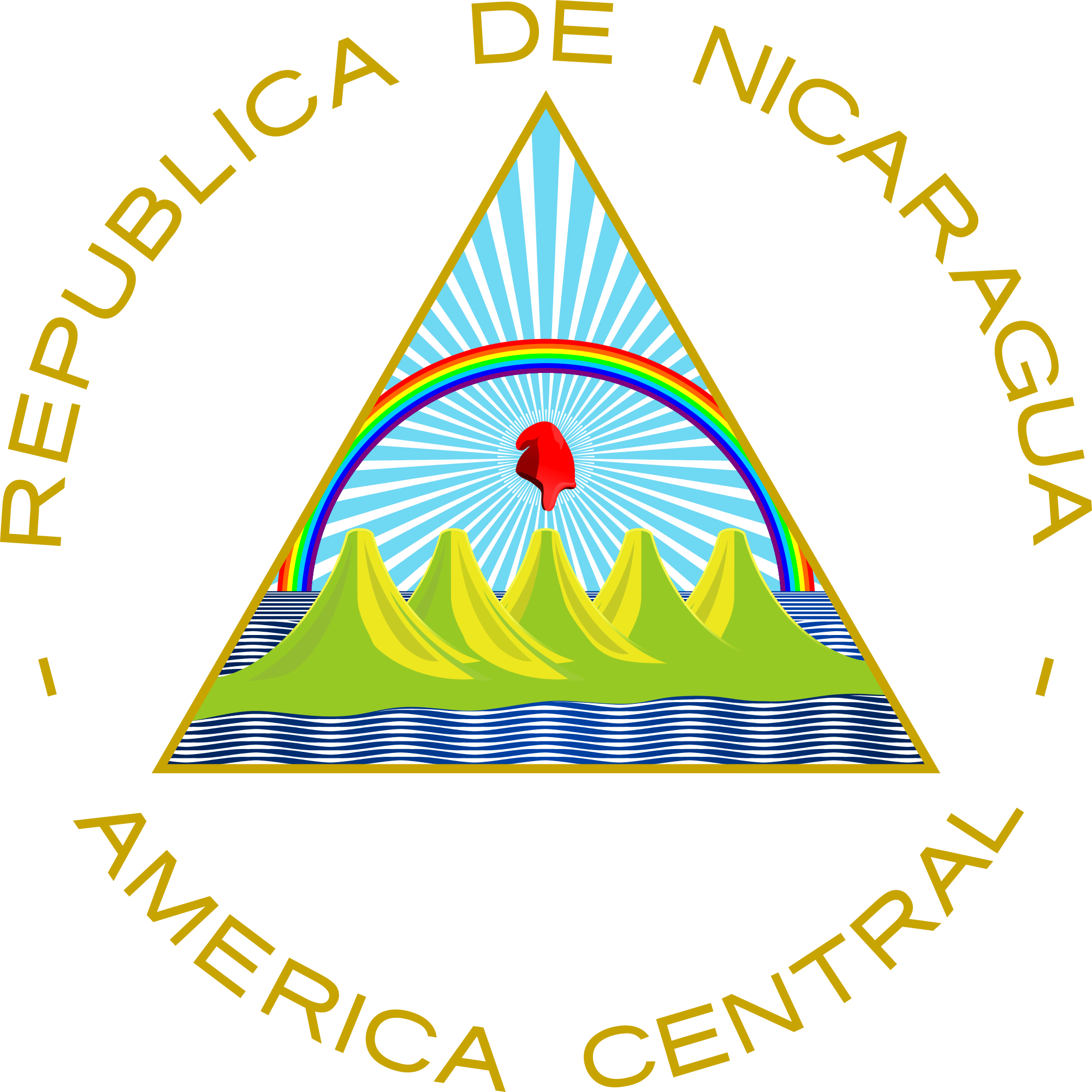 Many modern African States,Central and South America had to work hard to gain independence from the powerful countries of the world. And, besides, to go the way of self-identification, delimitation and the main official symbols. For example, the coat of arms of Nicaragua, which appeared in 1823 as a symbol of Central America, has undergone many changes before gained modern outlines.

From 1880 to 1908. Nicaragua's main symbol decorated branches of laurel and oak tied with a scarlet ribbon. In addition, the coat of arms crisscrossing attended the Victory Banner, rifles and other weapons designed to emphasize the willingness of Nicaraguans in arms to defend the country against external enemies.

The choice of the form and elements of the main characterNicaragua authors showed great originality. They moved away from classical forms, known in Europe and America, did not use any royal regalia and colors.

The coat of arms is depicted in the form of a triangle,symbolizing equality. The triangle inscribed five green volcanic peaks that resemble an alliance of the five countries of Central America. Over the rainbow shines volcanoes, the embodiment of peace and the desire for a peaceful life.

It is extremely rare in the officialsymbols, but traditionally present in many cultures, where he played as a symbol of the goodwill of the gods. Ancient Peruvians linked her with the sacred sun, and their rulers wore rainbow image on their posters.
Due to the fact that the coat of arms depicts a rainbow and a beautiful landscape with mountain peaks, the symbol looks very bright, sunny, colorful.

On the difficulties on the road to self-sufficiency andIndependence reminds the red Phrygian cap. At one time it was used by the ancient Romans, then it became a symbol of the French Revolution. Moreover, the original color does not really matter. In 1792, the sans-culottes captured the palace of the Tuileries, and the King was forced to wear a headdress of red. Later, in a red Phrygian cap she portrayed Marianne, who became a national symbol of France.

Red bell as a symbol of freedom across the seasand oceans, appears on the official symbols of some countries in South and Central America. Argentina, Bolivia, Colombia, Cuba and Nicaragua, in addition to the general geographic location, combined and red Phrygian cap depicted on the arms.

Tourism in Greece - the development, photo