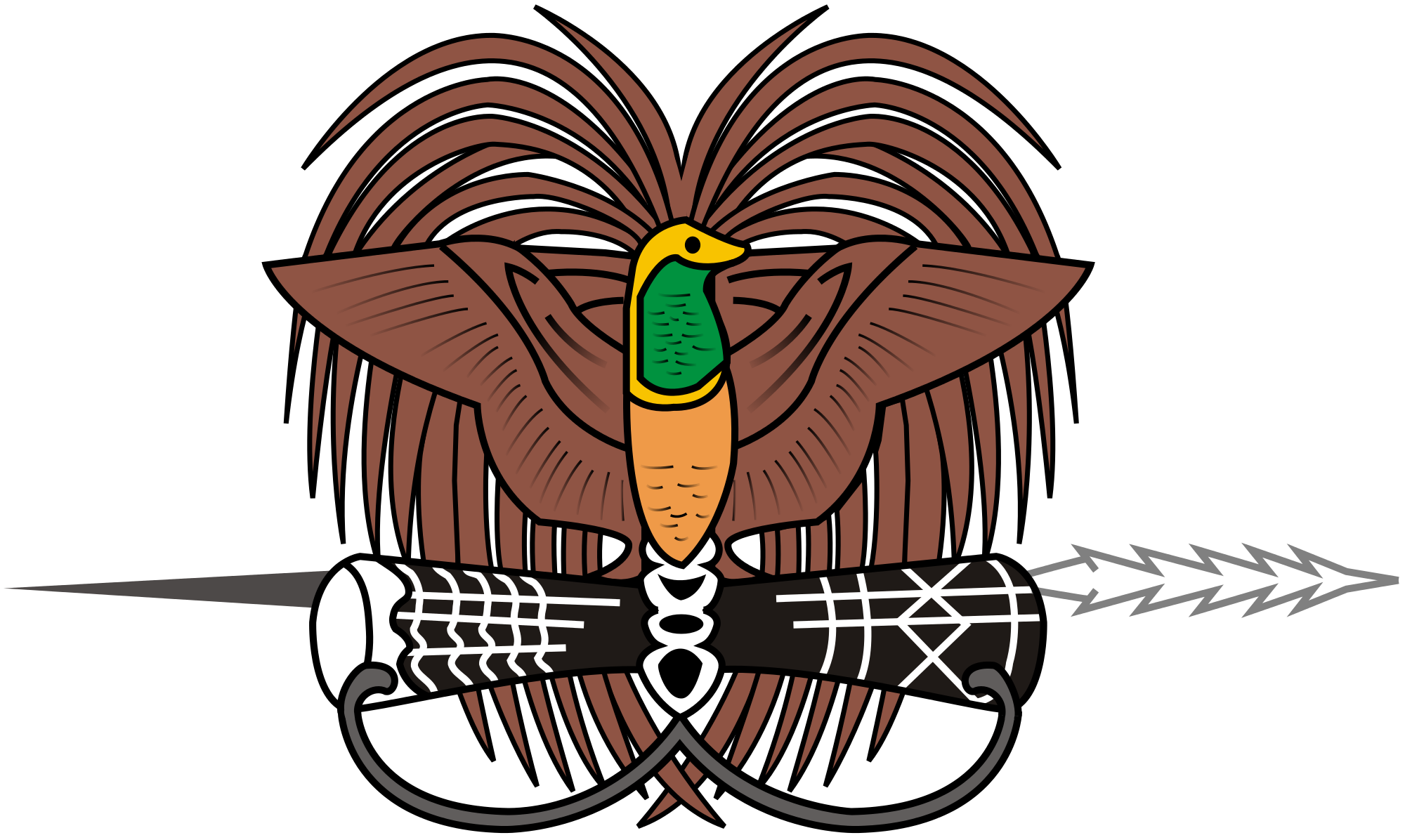 Coat of arms of Papua New Guinea was finalized only in 1971. It has a lot of exotic characters, which, however, is natural for such an exotic country for us.

What is depicted on the emblem

Where to get the coat of arms symbols

Bird of paradise, where the image is available on thethe coat of arms of Papua New Guinea, really exists in nature, it is not a fictional character. This is a small passerine bird in the family, which the living area - forests of New Guinea. It is not found anywhere else on the planet, and therefore, the coat of arms of this exotic state has a sufficient degree of uniqueness, just has such an interesting image.

Kundu Drum - a traditional ritual object Papuans. It is An integral attribute of the life of every Papuan.

Spear - a symbol of readiness to defend the country against outsiders. The coat of arms, he appeared not by chance, as it was the spear is a sign that this tribe - a strong and able to stand up for themselves.

Coat of arms of the German New Guinea

German New Guinea - a colonialpossession of Germany, which existed in the period from 1885 to 1915. Formation of this property was directly connected with the policy of Chancellor Otto von Bismarck.

The design of this coat of arms was never implemented becausehow it has prevented the First World War. At the heart of the coat of arms also had a stylized image of a bird of paradise. And in the center of the shield - the stylized image of an eagle (the influence of the German tradition). All this is crowned by a crown. German Project Papua New Guinea, was destined to be short-lived - just one year.

On the use of the emblem

Coat of arms of Papua New Guinea is used in such cases:

The state fosters among its citizens respect and love for the state coat of arms. Any disrespect to him is not only a public reprimand, but also the responsibility before the law.