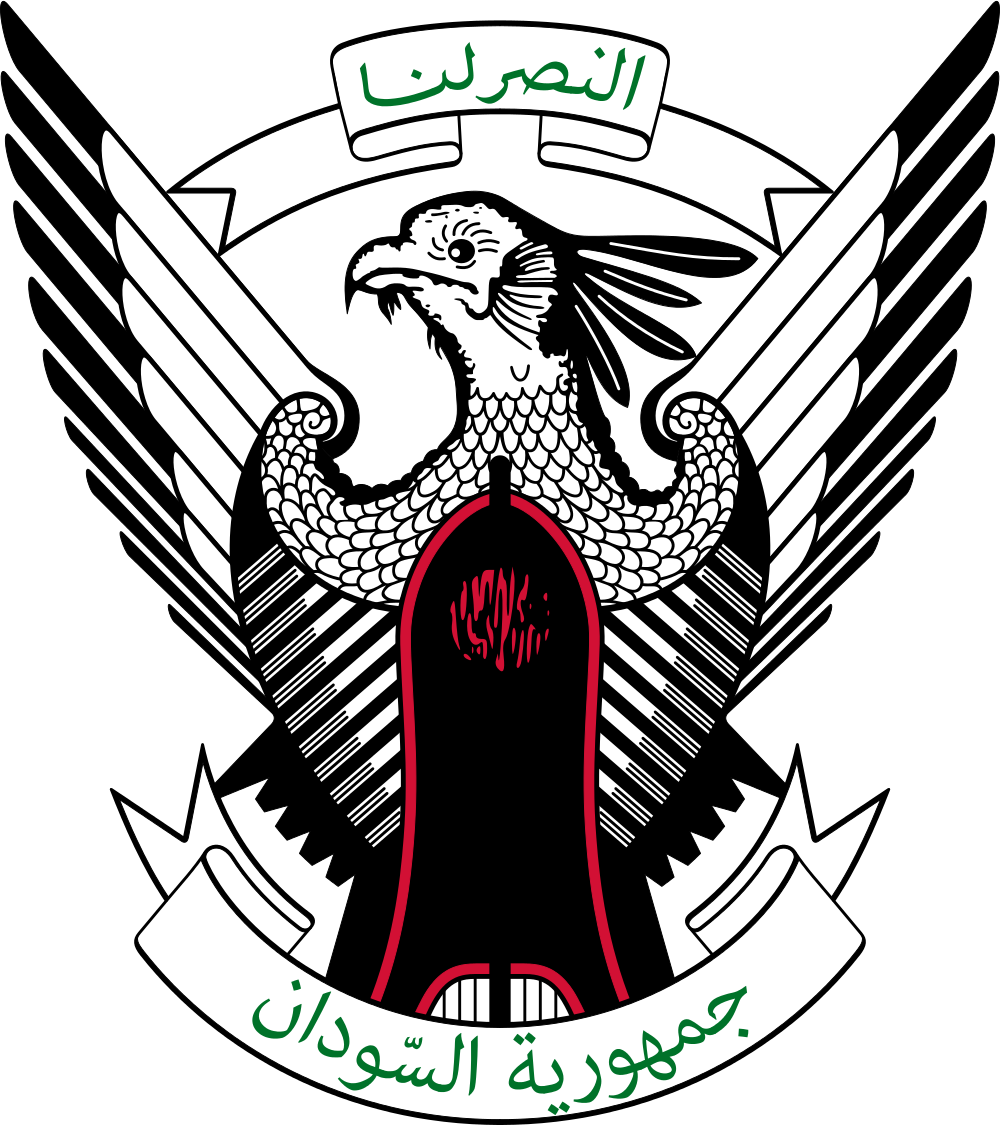 Many African countries have recently stoppedbe colonies, have taken the path of independent development. The main emblem of certain powers to the black continent relied on the European traditions of heraldry, the other - take account of local flavor. For example, the coat of arms of Sudan since 1956 had radically changed, but also the first and the second version reflects the mentality of the country, its national symbols.

The new coat of arms of the Republic of Sudan was adopted in 1969year, it operates today. The central character became his secretary bird. On her breast is placed shield, it is very beautiful and rare form. The top and bottom of the composition there are two ribbons with the motto and the name of the country.

The color range of the Sudanese Emblem quite restrained. It uses four colors available:

Secretary Bird was chosen, equaling tothe neighbors, used as the main heroes of the Eagle of Saladin and the hawk Quraysh. All of these birds is symbolically linked to the Arab nationalism, are present on the arms of many countries in the Middle East region, and the secretary bird appears even at the state symbol of South Africa.

Learn it's easy, it has the characteristic feathersback of the head, very similar to the crow's feathers. They loved to use the judges, inserting into wigs. Hence the name of this bird of prey falcon squad.

Unusual shield was used during the reignMuhammad ibn Abdullah. It symbolizes the patriotism and courage of local residents, the willingness to defend the homeland. These aspirations are reflected in the Sudanese national motto in the upper part of the coat of arms: "Victory for us."

There was a main character in 1956 with the acquisition ofindependence. As the main character Sudanese chose black rhino. This animal is widespread in the country, characterized by extraordinary strength, power and at the same time agility. Rhino is a symbol of strength and flexibility of the new African state.

Him company plants thatoften present in the coats of arms around the world. This palm and olive branches. Palma - one of the most common trees in the Sudan, it gives a person the wood, fruit, shade from the sun. Oliva symbolizes the desire for peace and prosperity. At the bottom of the tape was located inscribed with the name - "The Republic of the Sudan."