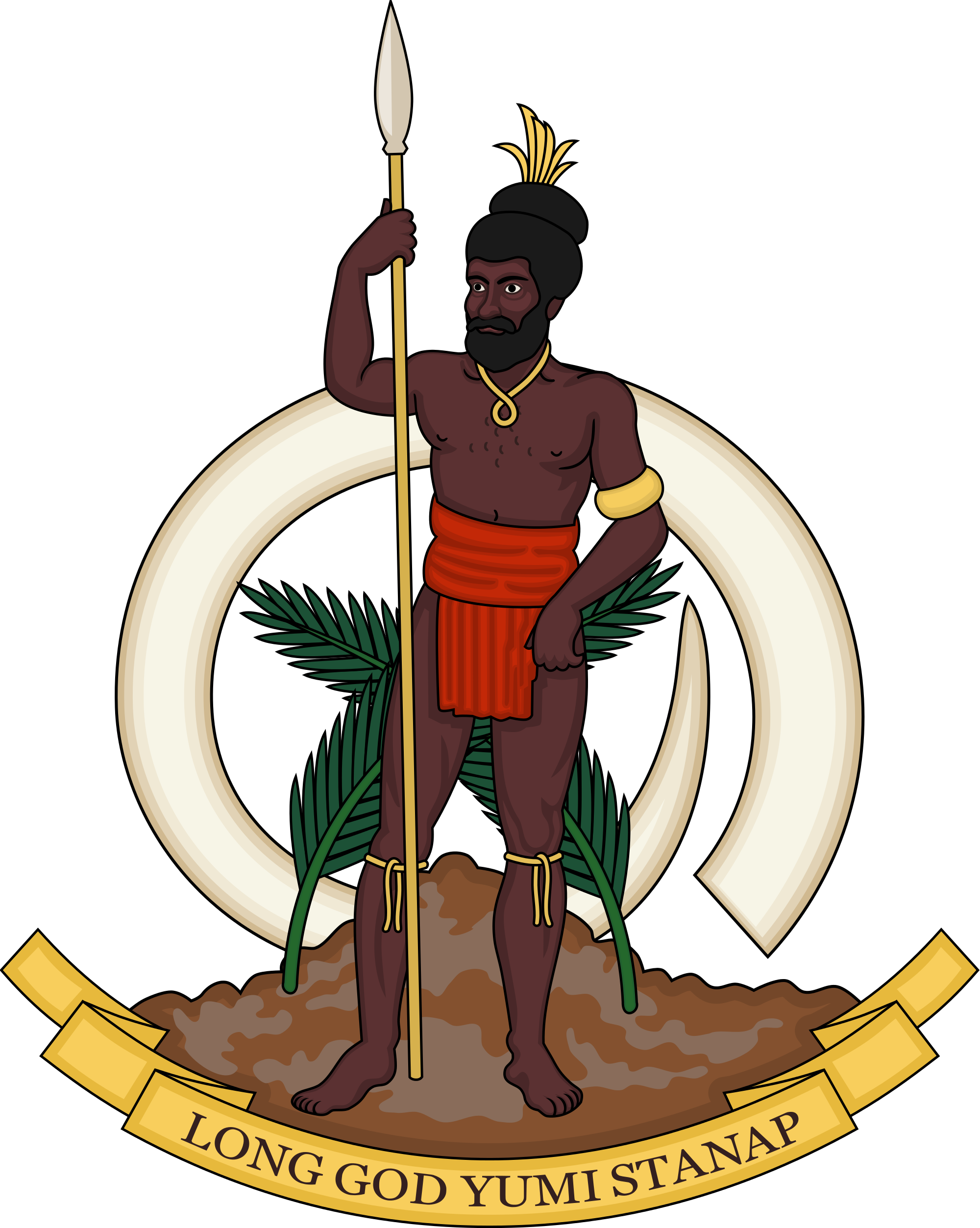 Vanuatu - a modernPacific State that is part of Melanesia. Unlike many other countries in the region, the islands of Vanuatu have been inhabited for a long time (about 2 thousand. BC. E.), And therefore the time of the opening of the Europeans here already existed rather developed society with a complex social structure. However, the final conversion to his people on one monolithic quite usual for these places scenario has occurred only after vigorous activity of the colonizers. But the current state took shape only in 1980, when the country was finally completely got rid of the pretensions of Britain and France and established their own state, confirmed such symbols as the flag and the coat of arms of Vanuatu.

Formation of the state

Among the Pacific States oftenthere were also those which were freed relatively easy. They happily accepted the protectorate of one party or another, in return for almost complete autonomy and the opportunity to develop in accordance with its national identity. However, in the case of Vanuatu, it was a bit more complicated still. The large number of poorly educated and very cheap labor and dependence on supplies of manufactured goods made this region ideal for subsistence agriculture, so for him for a long time fought France and Britain. For this reason, the status of the archipelago for a long time remained uncertain.

In the end, both sides tired ofunsuccessful attempts to subjugate the New Hebrides (namely, the name carried the archipelago at the time), the governments of Britain and France issued a joint ownership, creating the Anglo-French Condominium, which would become the foundation of the Republic of Vanuatu.

The symbolism of the coat of arms of Vanuatu

After independence in VanuatuIt began an active political realignment, which primarily resulted in a change of state ideology and symbolism. The main stake was made on the recovery of national identity, which got its reflection in the coat of arms of the country.

The main characters of the emblem:

Armed soldier in the background of the volcano - it is referring to theancestors colonized the islands in the prehistoric period. Cycad leaves - a traditional symbol of peace for Melanesia, and boar's tusk - the symbol of fullness, prosperity and well-being. Sam Emblem is made the project of artists of Vanuatu, but as an expression of the motto was taken first prime minister of the independent Republic of the Anglican priest Walter Lini.