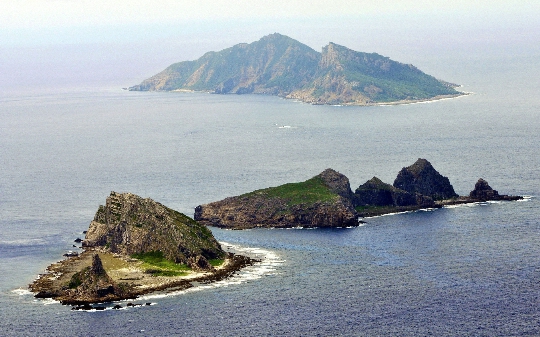 The water area of ​​the East China Sea were locatedsouth of the Yellow Sea. The larger islands of Ryukyu and Kyushu share it with the Pacific Ocean. This sea is teaming up with the Sea of ​​Japan via the Korean Strait. The island of Taiwan defines its border with the South China Sea. From the islands of the East China Sea are of particular importance Senkaku and Socotra. Different people refer to the reporting body of water in their own way. The Chinese call it "Donghai" (East Sea), and Koreans - "Namhae" (South Sea). Earlier Japan Sea was called the East China, but after 2004, in the official documents of the designation "eastern side of the sea."

Characteristics of the reservoir

Map of the East China Sea shows thatits waters are sea routes of Japan and the Yellow Sea. The area of ​​the reservoir is about 836 square meters. km. The median its depth does not exceed 300 m of the deepest place -. 2719 m Western Areas shallow sea.. Closer to the island of Taiwan, the depth gradually increases.

It ships in the waters of difficult. The nature of the sea for centuries studied the Chinese, Koreans and Japanese. However, it continues to give them a lot of trouble. The local climate is very changeable due to the mixing of cold air from the warm Kuroshio Current. Near the islands are located dangerous reefs and rocks. After the earthquake they appear or disappear under the water. To distinguish them sometimes impossible because of the muddy water. China Yangtze River into the sea makes a large amount of sand and silt.

Maritime terrain changes periodicallyby seaquake. During natural disasters in the sea huge waves formed. Here, the longitudinal waves are formed, or the giant tsunami that strike the coast. Local tsunami look like a series of waves (up to 9), which are distributed every 10-30 minutes at a speed of about 300 km / h. tsunami wave can be up to 5 km wide and 100 km long.

The value of the East China Sea

In the waters of the island are located, arecontroversial. China and South Korea are arguing over the island of Socotra. China, Japan and Taiwan dispute ownership of Senkaku territory. As for the island of Socotra, the local fishermen call it Iodo and connect with him many superstitions. In reality Iodo - an underwater rock pinnacle that stands above the water.

The coast of the East China Sea is rich inmineral resources. Major ports of the world are located in the area of ​​the sea:. Ningbo, Nagasaki, Shanghai, Wenzhou, etc. There is fishing sardines, herring, mackerel and flounder. In the waters of the sea to catch lobsters and crabs, collect seaweed and trepang. The environmental situation in the water area has deteriorated in recent years. most of the sea pollution refers to the fourth degree (on a 5-point scale).

Airport Bratislava: diagram photo. How to get ...