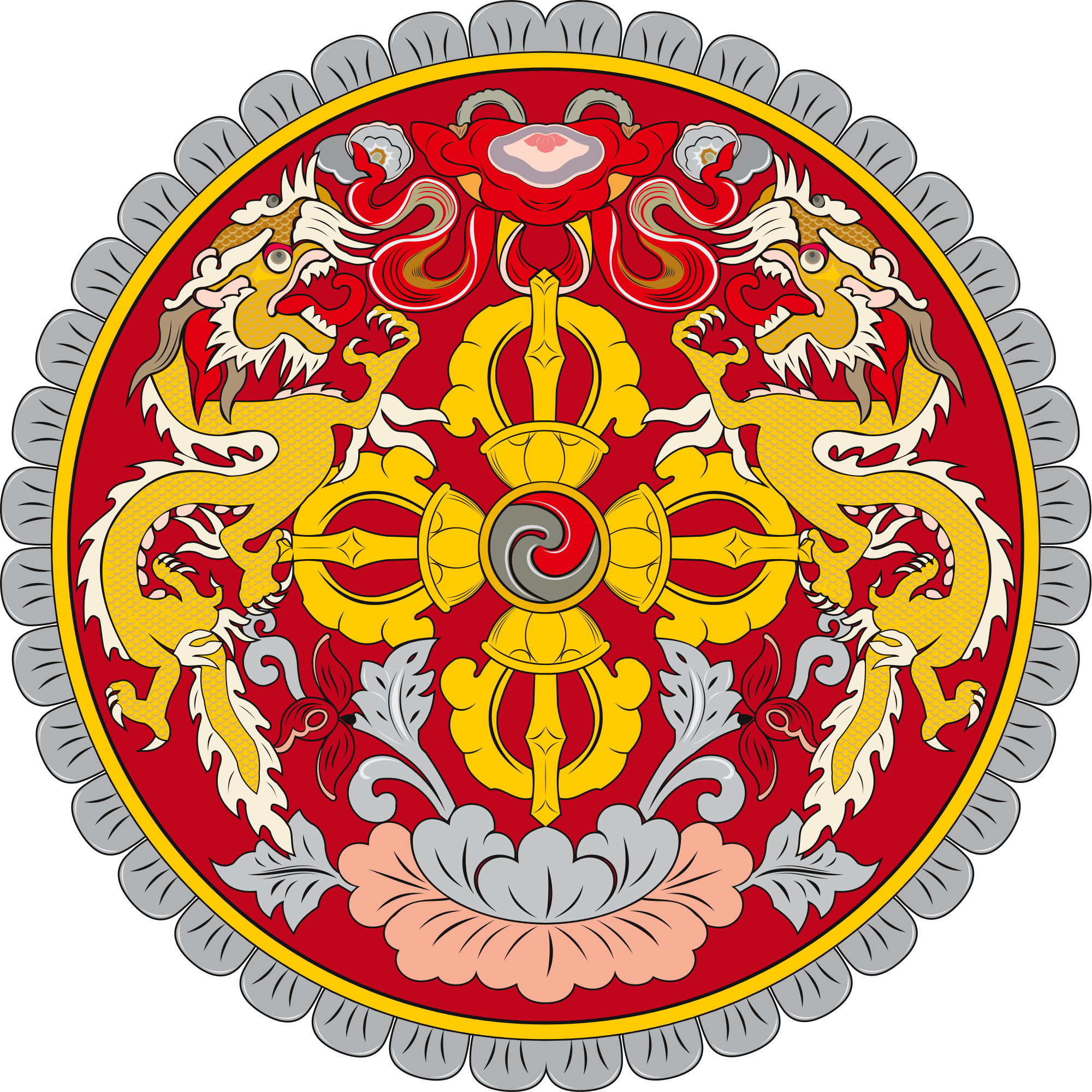 The small kingdom, which found a cozy place inHimalayas, has an interesting self - Country thunder dragon. Most interestingly, this fantastic animal adorns the main official symbols of the country - and the national flag and coat of arms of Bhutan, rather logo. These symbols of statehood united not only by the dragon, but also other elements, as well as color palette.

It looks main state symbol of Bhutan is quite picturesque, besides those already mentioned similarity with the flag, historians note the presence of a large number of elements of the Buddhist symbolism.

The logo is a circle inscribed major and minor elements in it:

Vajra (or vajra) is considered a ritual weaponTibetan Buddhism and Hinduism. In addition, it is such weapons had mythological characters, it was believed that Tvashtar divine craftsman made it to the god Indra.

The emblem of Bhutan this weapon looks like adouble zipper, and it symbolizes the unity of secular and religious power. Vajra has an important cultural and religious significance, thanks to Hinduism and Buddhism, it is widespread in the south-eastern part of Asia, including Nepal, India, Tibet, Thailand and even Russia.

Lotus has long been considered one of the most importantHeraldry symbols in the world. It is present in one form or another in many coats of arms and emblems. His appearance on the emblem of Bhutan, most people who practice Buddhism, it is quite natural, because the lotus grows in the sacred waters of the Ganges.

Buddhists for centuries considered a lotusa symbol of purity and innocence. According faith Bhutanese man practicing the teachings of the Buddha himself, approaching perfection, like a lotus that grows out of the mud and mire, but becomes pure white.

Tibetan dragon - another commonmythological character. The image of this fabulous animal, capable airborne, actively used in the design of ancient temples in Tibet and neighboring China. Also, he is the hero of many mythological stories and legends. The emblem of Bhutan dragon is also a symbol of local names - Earth Dragon.