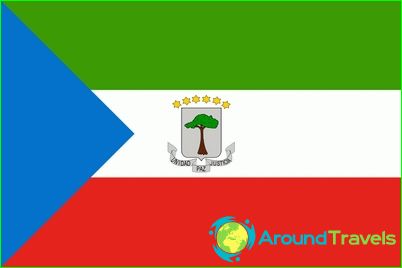 State flag of the Republic of Equatorial Guinea has received formal approval in October 1968, when the country gained independence from Spanish colonial rule.

Description and proportions of the flag of Equatorial Guinea

Prior to 1968 the country was in the colonialDepending on Spain and its symbol served as a banner of the Spanish flag. The struggle for sovereignty has begun in the end of XIX century and lasted for about seventy years. In 1968, the Patriots have made the country's independence and the flag of Equatorial Guinea has taken its rightful place on the flagpoles.

Flag of Uzbekistan: photo, history, the value of the state flowers ...

Airport Dresden diagram photo. How to get ...