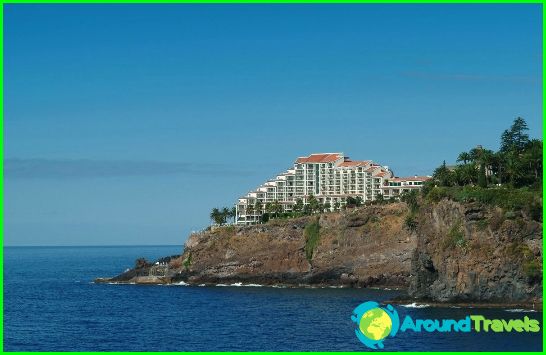 The national flag of South Sudan was approved in July 2005, at a time when the country gained autonomy, and more than two decades of civil war was over.

Description and proportions of the flag of South Sudan

Rectangular flag of South Sudan flag hasratio of width and length expressed by the proportion of 2: 1. It can be officially used for any needs on the ground. The law of the country says that the flag of South Sudan is allowed to raise not only the public authorities and officials, but also citizens of the country. The flag is the official and for the armed forces of South Sudan.
The main field of the flag of South Sudan is divided intothree horizontal bands of equal width. The upper band is black and symbolizes the African race that owns the vast majority of the Sudanese population. It is followed by a red stripe, a reminder of the sacrifices made by the people and patriots of the country during the struggle for an independent existence. Lower bright green field of Southern Sudan flag - a rich vegetation of the land and fertile soil along the Nile, which play a major role in the prosperity of the agricultural sector of the economy.
Three wide bands separated by twobrimmed white. A symbol of peace in Southern Sudan, which is so difficult to get it to residents and defenders. The field flag from the flagpole cuts equilateral triangle of blue color. His side is equal to the width of the flag, and in the center of the five-pointed star affixed. Its golden color symbolizes hope for a better life, and the star itself - is the unity of all the territories and guiding rail for the Sudanese. Blue Triangle celebrates the waters of the Nile, giving life to many African countries and peoples.
Symbols are important for the people of Southern Sudan,presented on the country's coat of arms. The eagle on the coat of arms - it is a sign of a strong and courageous government that is willing to protect their gains. This is reminiscent of a shield and a spear. The desire to work in peace symbolizes the shovel, and the desire to build a legal and civilized state - the motto of the country.

History of the Southern Sudan flag

The second civil war lasted in the territorySouthern Sudan more than 22 years and ended with the signing of the Comprehensive Peace Agreement. By its terms, South Sudan received autonomous rights and the opportunity to have their own national flag and coat of arms and anthem. Initially present flag of South Sudan was used the People's Army, which liberated the country. July 9, 2005, and approved it as a state.

Photos of the Southern Sudan flag

Children's camps in Yekaterinburg in the summer. Children's ...