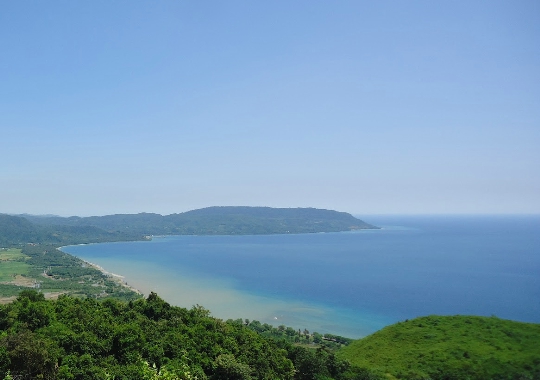 Between the islands of the Malay Archipelago, in the westPacific lies a warm Banda Sea. It is combined with such straits seas as Timor, Sulawesi, Java and Arafura. It is connected to the water area of ​​the Indian Ocean through the Timor Sea. The area of ​​the reservoir about 714 000 square meters. km. It stretches for 1000 km from west to east and 500 km from north to south. Its waters wash the coast of East Timor and Indonesia.

In this sea tides are not very high - about 3 m. Depression Weber is the deepest point - approximately 7440 m in depth. seawater temperature in the surface layers is modified slightly and 26-29 degrees. Seasonal produce wind flow on the surface of the water. On the coast of Banda Sea climate depends on the monsoon. Availability of the reservoir depends on the presence or absence of storms.

Viewed deep body of water is considered. At the bottom of the six basins revealed the depth of which is more than 4 km. Banda Sea Islands were formed mainly due to volcanic activity. The waters there are also coral islands. Deep-space covered with mud with impurities of volcanic origin. The sandy bottom is observed in coastal areas.

Underwater life in the Banda Sea

The natural reservoir is very rich, especially in theshallow areas. Reef formation concentrated near the islands. They are inhabited by various marine organisms, which will please reef community. At the bottom of the pond are found crustaceans, sea snakes, worms, mollusks, echinoderms, and others. The plant world is presented in this sea of ​​affliction, as in other warm seas. But there is quite a lot of seaweed. Tropical Sea Banda amazing variety of fauna. In the mid-water fish are moving with different shapes, sizes and colors. The waters there are sharks, moray eels, stingrays, stingray and other dangerous creatures to humans.

Near the island of Seram is Ambonskyarchipelago. The largest island among them is Ambon. The favorable geographical position has made it the most attractive island of the archipelago. There is a port of Ambon, which is of great importance for the economy of Indonesia. Banda Sea Coast unevenly populated. There is a small population on the islands of Seram and Halmahera. Over crowded on the islands of Ternate and Ambon. Locals traditionally engaged in fishing, agriculture and tourism.