Resorts in Laos: a photo, a description of 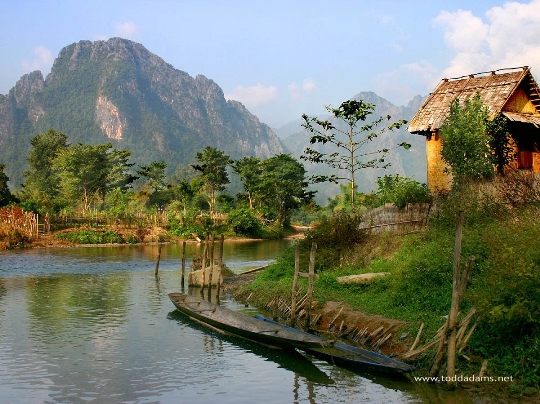 "Land of Million Elephants and the White Umbrella" onceIt is known as the Lao People's Democratic Republic. And both here and now lacking in abundance, but the sea is not, and therefore, rest in the resorts of Laos in the conventional sense of the word travel agencies offer the traveler can not. But Laos is rich in stunning natural beauty and amazing ancient buildings inhabited it Mon and Khmer peoples.

Solo or in an ensemble?

When planning a trip through South East Asia, experiencedtravelers typically include a route that country as a nice makeweight to solid piece of the pie as Thailand, Cambodia or Vietnam. Unlike Laos resorts boast worthy neighbors, and tourist infrastructure in Thai or Cambodian developed much better.
For sightseeing options located outside the cities, it is necessary to hire an official guide or conductor, to get professional assistance in obtaining permission to enter.

The main interest of tourists in Laos are two republic's capital - ancient and modern:

Buddha and the Mekong

One of the most amazing places in Laos 25 km fromits ancient capital of Luang Prabang - Pak Ou Caves. Wherever the river meets the Mekong affluent, formed a set of dungeons, which gathered numerous Buddha statues. Carved stone and wood, large and small, old and modern, they are here because of the locals. Lao Buddha bring the top and bottom of the cave for several centuries and today "exhibition" Pak Ou Caves has no less than four thousand sculptures.
To get to the amazing Laos attractions can be only by boat from the ancient capital.

Where to eat in Belgrade - cheap and ...

Currency in Tajikistan: the exchange, importation, money. What ...