About the moon, spiritual throwing and our plans

Pretty weird will post about downshifting. At first, I didn’t want to write more on this topic; something was too much condemnation towards each of us, but I nevertheless decided to clarify some points.

It is clear that in the post came through the thought about divorce,nevertheless, the message was different, which is called “Downshifting is not for everyone”. Instead of the word “downshifting”, you can put trevewing, emigration, freelance, that is, a certain way of life. Everyone can face a change in attitudes and, if in a pair this happens only for one person, a conflict of interests is brewing. This is normal. And this is life, it happens. Well, of course, I then wanted to shed some light on why we talk a lot about going away, about traveling, but in fact we are sitting in Moscow. And also about why there is a certain lull on the blog and you don’t always want to write about something personal.

Thanks guys for all the advice, but we are not reallywaited, although some comments made me think. I think it is obvious that we will do it anyway in our own way, all the more it is impossible to describe the whole situation in one small post. Someone asked further questions, tried to poke around in the situation, but it was not worth it, there were too many nuances, I would have to talk for hours. Moreover, not everyone wants to tell, forgive. Rather, it was interesting for us to listen to similar stories, when your views changed and you had to go back to what was started, or how you looked for a compromise in a pair. Thanks to those who shared. That's all. No skeletons in the closet, the desire to reproach a partner, or to get approval in their actions.

Everyone has the right to fly even to the moon

Many have written that they would like to hear thatDaria will say. We then thought that yes, you can write such a post, only it does not really make sense (yes, and she doesn’t really want to write something in recent years). The promise of my post was that people change their worldview, which may cause a conflict of interest. Such a situation may arise not only with a husband and wife, but also between friends, parents and children. I think everyone is familiar with the way grandmothers are trying to raise their grandchildren, berating their parents for all sorts of new-fashioned alpha-pererentingi, slings, and more. The very conflict of worldviews. So we had such a thing, unfortunately. "I want to live with less comfort in another country, and Daria with more in Moscow." Well, if in brief, there are a million more nuances that if voiced, the phrase in quotes may sound like “Daria wants to go to Tai, but I want to stay in Moscow”, or “I’m tired of saving and want to buy things more expensive, and Daria wants everything cheaper. Agree, almost the opposite phrase?

But the most important thing is that no one from thisbecomes bad and in general is not a matter of discussion. Everyone has the right to even fly to the moon. And the whole question is whether they can come to an agreement with each other, find a compromise so as not to harm anyone. And I categorically disagree that someone should infringe themselves only because his desires are “wrong.” It is initially wrong to accept the interests of one of the parties as correct and objective.

Yes, you could see in my post some kind of minecondemnation, dissatisfaction ... But tell me, have all of you, while in conflict with worldviews, kept full Zen, did not swear, did not try to prove your point, did not feel misunderstood. Therefore, I could, without noticing it, produce something between the lines, although I did not want to do this, honestly. Obviously, I'm worried. We are living people, we quarrel and swear, the topic is something sick, not always positive. Reading the comments, I wanted to defend myself at some moments, to show that it was not me who was such an ass, I wanted to see whether you were sleeping on the floor, but that for me some things in life are first-determinative, although to someone they seem silly nonsense . Similarly, at some moments, I also wanted to protect Daria, to protect her right to her wishes.

By the way, now many of our friendsrelationship problems, apparently the age of such (30-35 years) and the next cycle is over. They all lived with each other for 5-7 years, and now they faced the question of how to live. Statistics show that most of them get divorced. We are not going to divorce yet, but never say never

Where are we going to go

Since I promised to clarify something, I’ll tell youWhat is the problem of emigration and general trips to other countries. It's pretty simple to explain everything here and you don't need to dig somewhere deep. The thing is, we both want to leave, and neither do. Both want to emigrate and both do not want. But everyone has their own reasons. 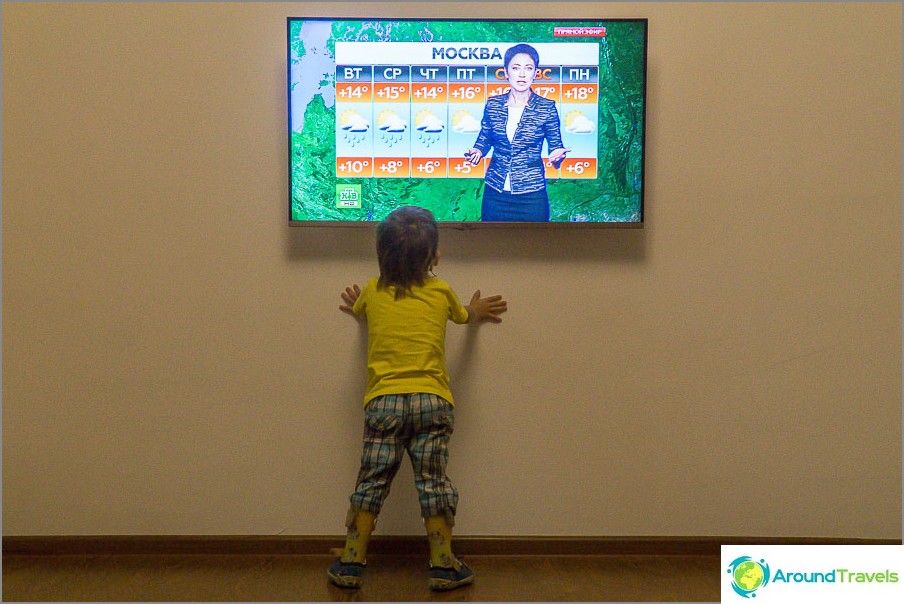 Winter has come, it's time to leave

So, it seems to be a stalemate whenIt is difficult to choose one thing, there are pros and cons everywhere, and nothing outweighs. So we rush about, not knowing what to choose, where to lay the straw, because you can make a mistake by choosing any option. Since I understand all this well thanks to a logical turn of mind, I made my choice long ago. Daria to make it harder, she is emotional. In the summer in Moscow, it seems to her that nothing terrible, but as soon as in the fall Egor begins to ache permanently, she rushes to Thailand

With this, I see how tired she is, which meansthe need to stop. After all, just stopping, you can try to find a nanny (who will undertake), you can enter the rhythm, make a workplace for a sewing machine and manicure (Daria decided to go in for manicure), find leisure, prepare materials for classes, find teachers and so on. Plus, she is attached to her friends, it is important for her to understand the culture and mentality of the locals, and because of the very fatigue she does not want to learn anything new, she is not inspired by the move by itself, although she understands its need for Egor. In other words, she is a kind of homebody (who is not averse to being on short journeys), who is forced by circumstances to leave. I see that it would be easier for her to live in Moscow now, and from time to time, when she again stomps across Thailand (when Yegor is ill), I begin to insist that we get stuck in Moscow. But ... Oh, women, what are you not logical!

My choice is that I am ready to accept one ofoptions, take his cons, and try to resolve them. If this is Moscow, then it means to stop rushing and live in the near suburbs, continue to run away from viruses and pray that nothing will happen, to put all our energy into our recovery and the lessons of the teachers with Yegor. But yes, we will have to accept that in Moscow he will be ill more often, and we will be very nervous about this. If you go to another country, then part of the forces will inevitably go to settling in a new country and accepting its culture; Moreover, most of the lessons will need to be implemented on their own, for example, after finding the teacher from Russia who will lead us on Skype.

If you want you do not want, but you have to make a choice. Moreover, the most important thing is to accept that any chosen option does not take into account everything, there is no ideal place where there is not a single minus at all. So you need to take it and relax, and no longer think about what, and suddenly it would be necessary to do differently, and maybe wrong, and maybe go over. No, selected and move on.

Honestly, I myself have more to leave,because the risk of getting into intensive care with Egor makes me personally more frightened, and for work I want to be more often abroad, and it is better to live there in general. But in this case, the lessons will fall on Daria, on her shoulders, and she should make such a choice and consciously (you need to measure your strength). Unfortunately, we cannot make a castling, so that I take the direction of "occupation" by myself, because my direction is earnings, life, and the solution of emerging issues, I can barely manage to solve it. Yes, and Daria is not enough at all that she can earn now, there is no profession, so even partially she will not be able to switch roles. But if everything depended only on me, I would choose a departure for 1-2-3 years. Not forever (it is psychologically easier for Darya), without burning bridges, in order to potest the move, what it would be like to live long outside of Russia with its short visits. It seems to me that such an experience would be useful for both of us, I would see if I have pink glasses about the move, and Daria would know if her fears are in vain.

Soon we will find out for ourselves where we will go.

Surprisingly, according to last poll, our desires completely coincided withby the majority. We would also like to go to Serbia, for too long we have been thinking about it. But ideally, you should first drive to Thailand or China, since Yegor needs something warmer (he has been sick for 2 months already), after all, it's cool in Serbia. However, it still depends on Schengen, which we don’t have, give it to us now or not. Therefore, Plan B is 3 months in Thailand, and then Serbia.

True, this is not a decision to move for a couple of years. We plan to first live in Serbia for 2-3 months, after which we will return to Moscow and choose where we will go to Serbia or Thai for a long time. And only then leave the apartment, hand it over, remake the main affairs and leave. I do not deny that during this time there will be another option to choose from, for example, some Israel

And forgive those who wanted more drive travels while they were gone.

P.S. Set yourself the Periscop application and subscribe to Life_trip_ru, let us arrange an online broadcast and you will ask all your questions. Yes, and Daria can tell something, otherwise she has no time to write everything. In the broadcast, it does not get away