No, until I decided to make a guide toIsrael, but occasionally I still go somewhere. I already went to one-day trekking several times, but somehow I didn’t get enough of it to write a post. But Adamit Park was really inspired, a worthy sight. You will be in the north of Israel, stop by, look.

For me personally, the problem of traveling in Israelthat I love more wooded nature. Here, for the most part, religious sights and various historical stones. But in the north, nature is richer, mountains and views, just what I need. Next time I will go in the direction of the Golan Heights, there should be even steeper.

Adamite Park is quite a famous place, locatedin the north of Israel on the border with Lebanon, about 1 hour from Haifa by car. By the way, it is on a rented car (here is the best to look for), I recommend watching Israel. Unless, of course, we are talking about viewing the country, because you don’t need a car to visit Jerusalem and Tel Aviv, given that you will need to look for parking in the city.

From parking to rock go about 10-15 minutes, notmore. First, you find yourself in a picnic area, where you can sit with your family or friends, there are tables and chairs, barbecue facilities, toilet and water. And then just go along the path until you reach the cliff, which is indicated on the map as Keshet Cave, but the cave is stretched. It is called the arched cave, rainbow cave, arc cave, which well reflects how it looks. However, it doesn’t matter how to call it, the main thing is that the cave is very photogenic and it offers a scenic view of the surroundings. 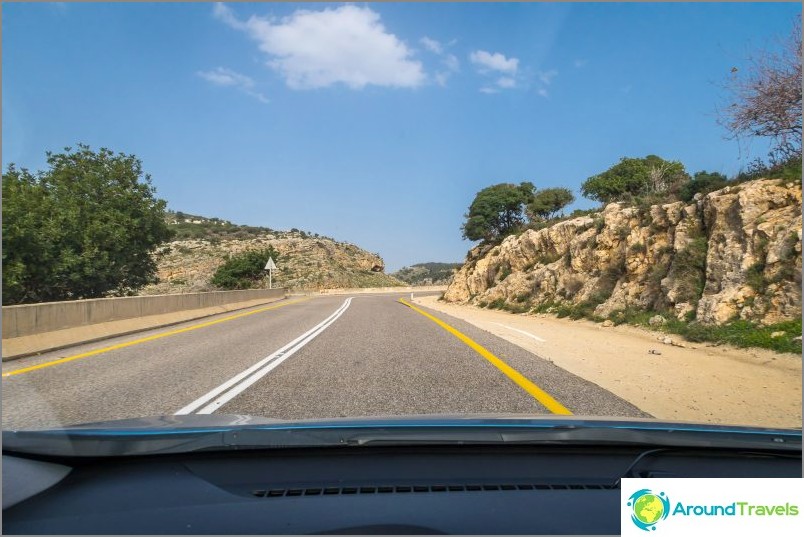 Small beautiful serpentine on the way up 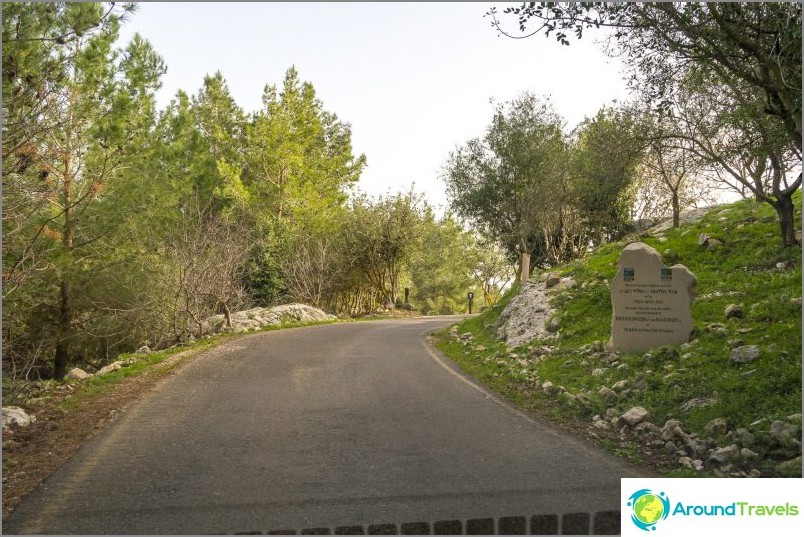 The road is already on the territory, to the parking 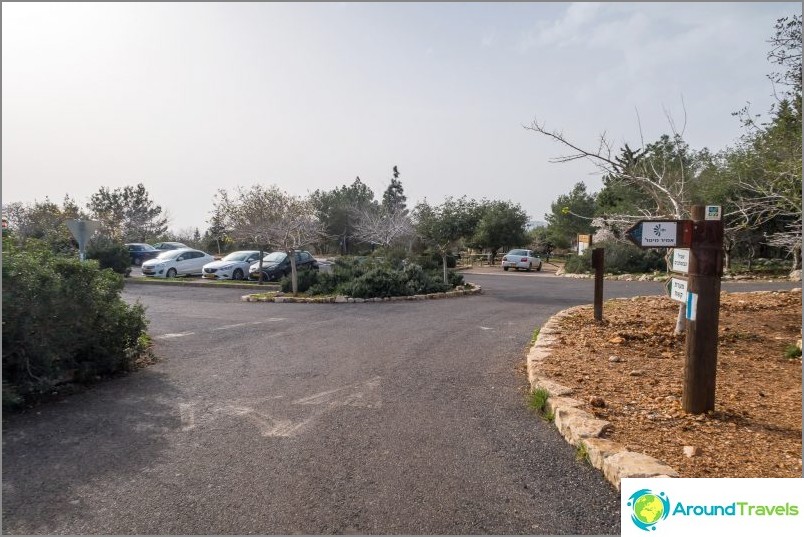 Parking. But you can put the car and just on the sides 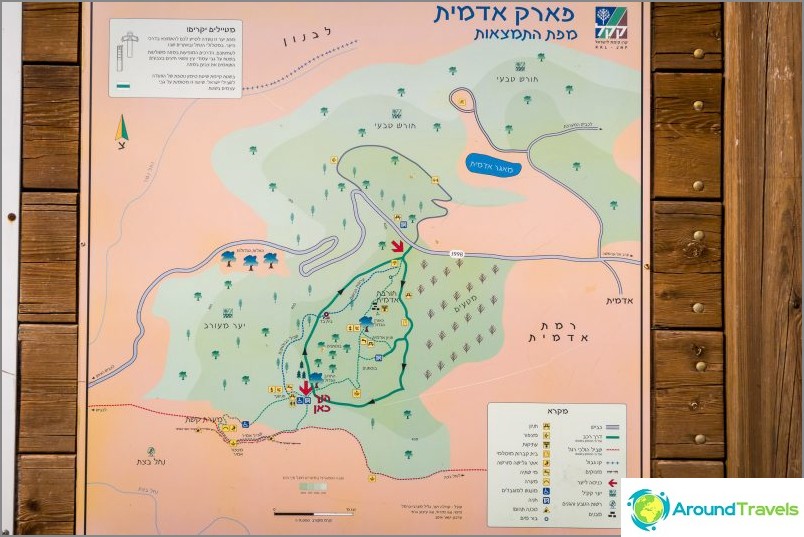 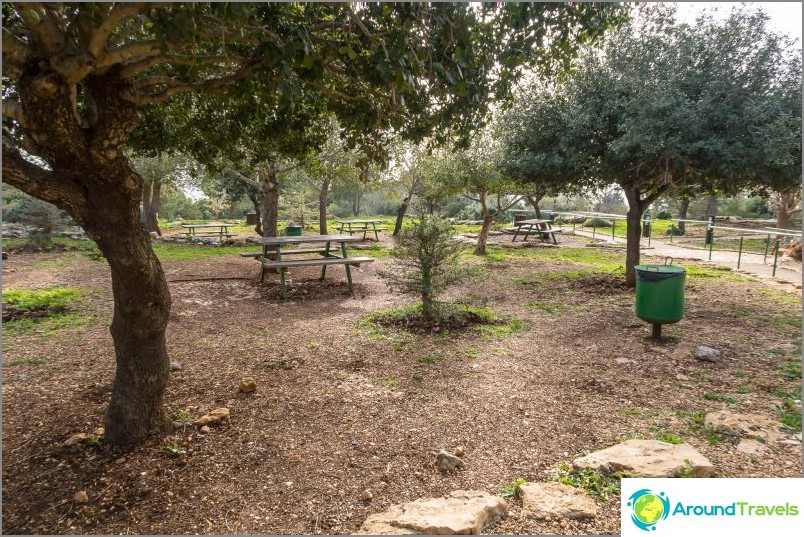 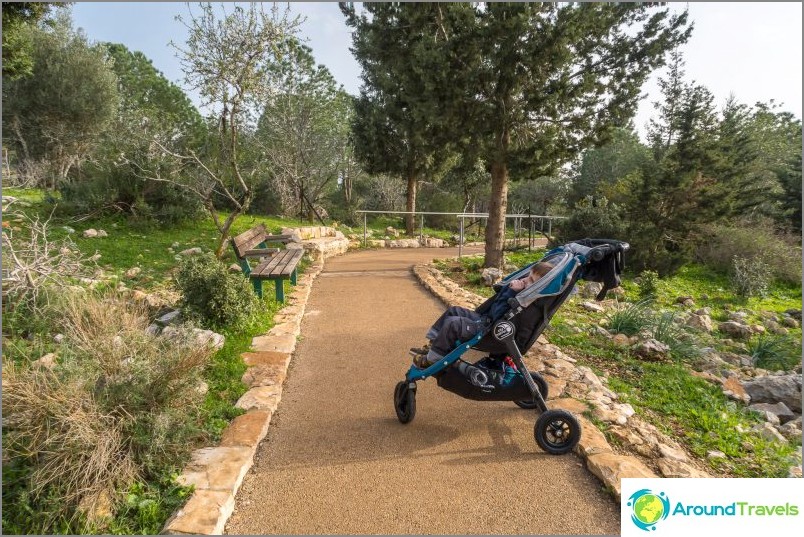 We go along the path to the rock 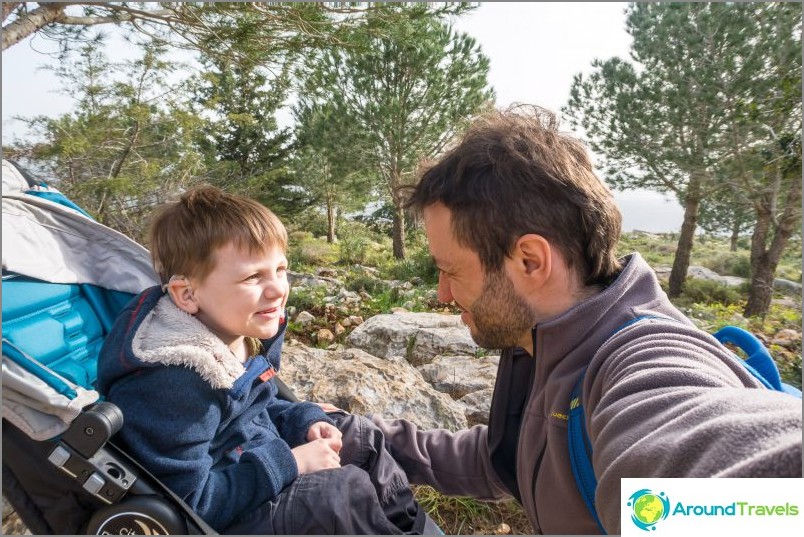 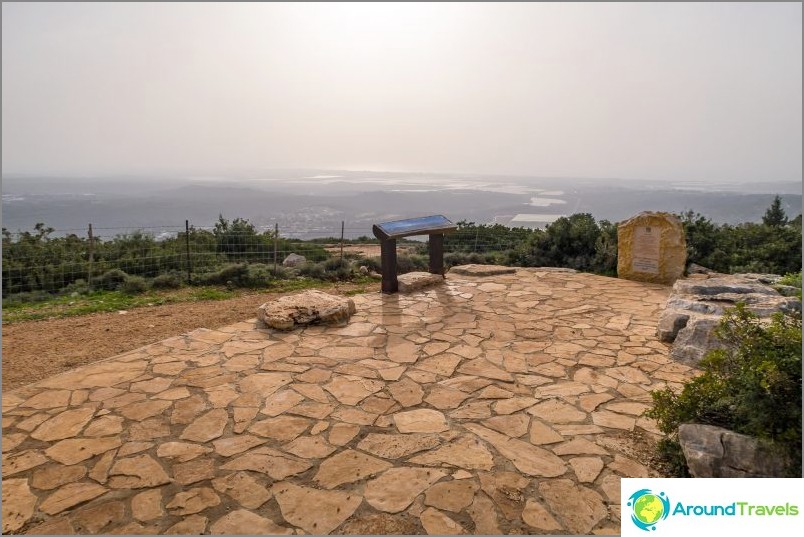 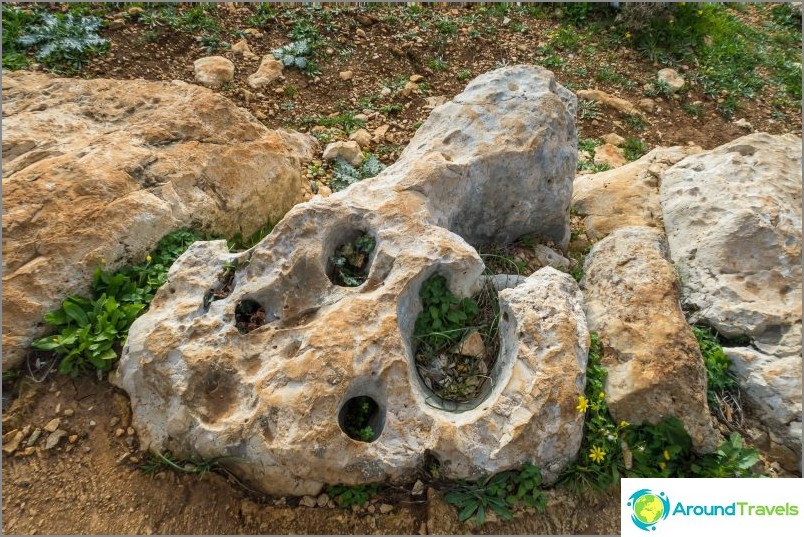 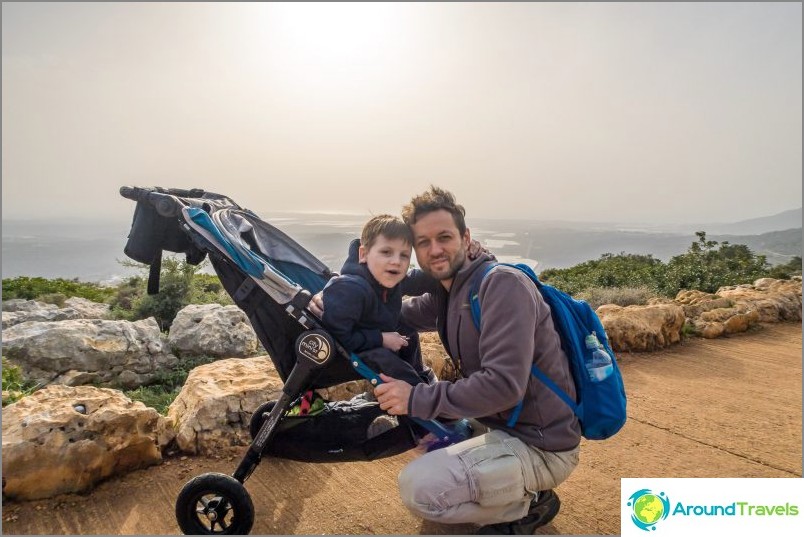 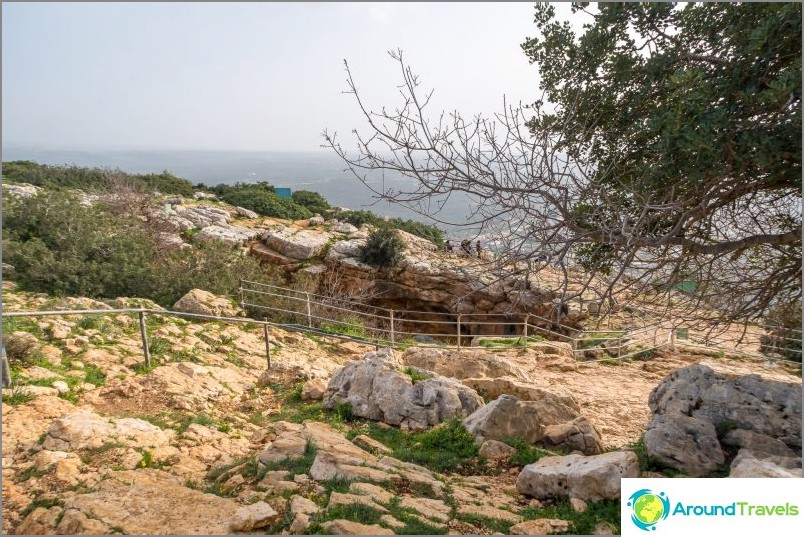 The path ends at the cliff 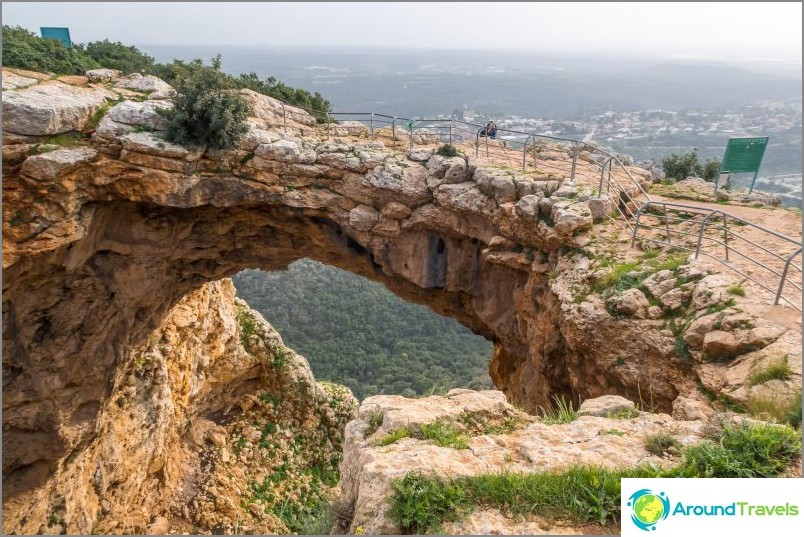 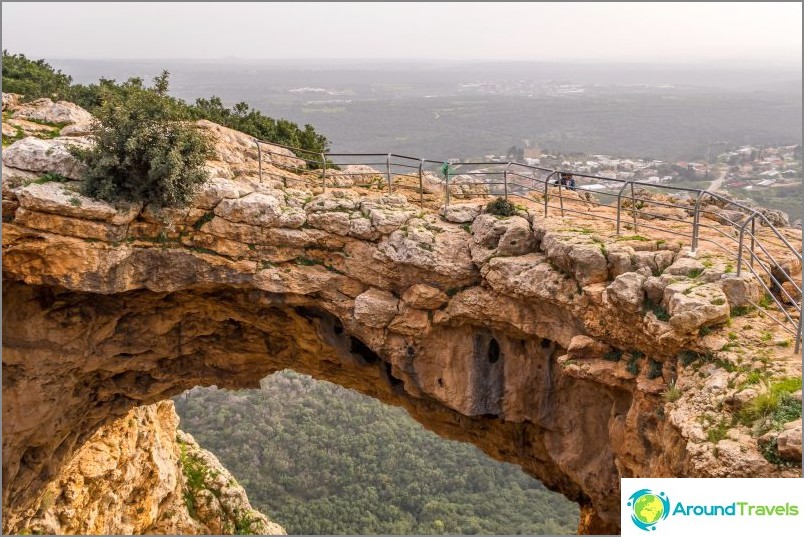 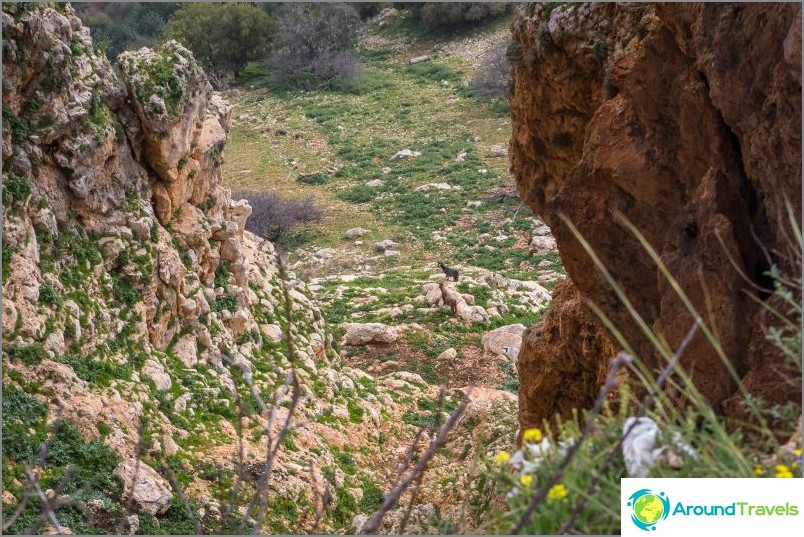 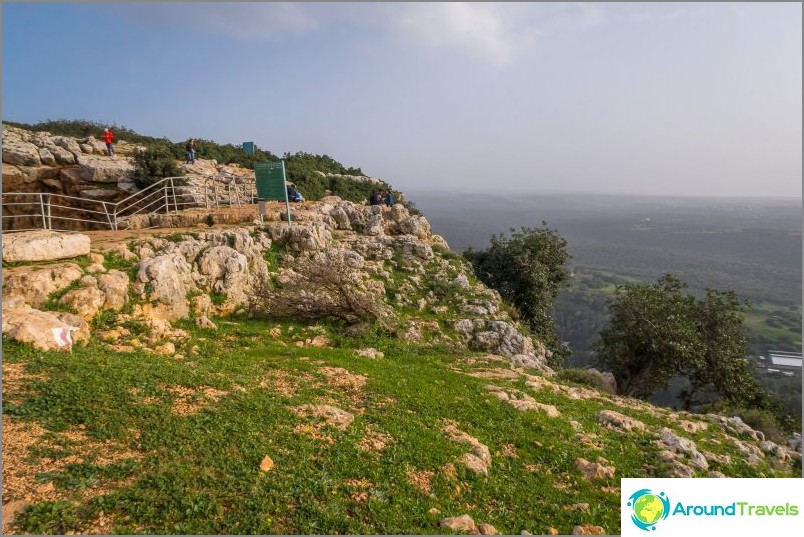 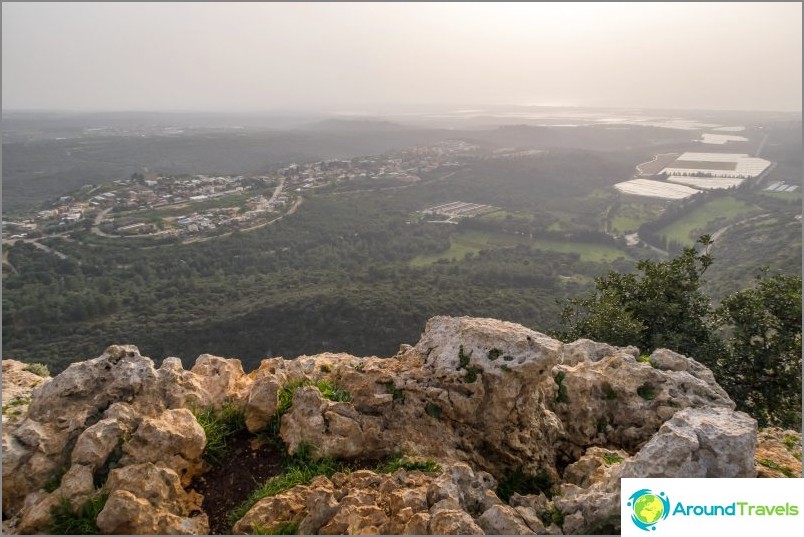 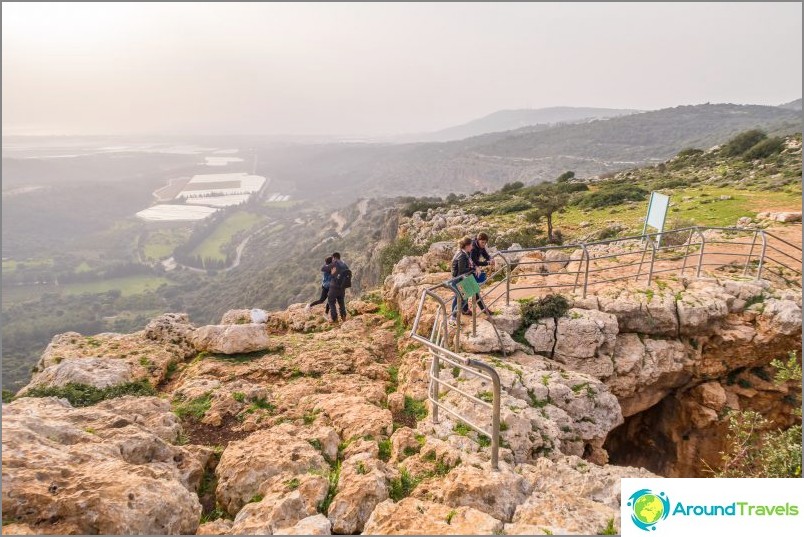 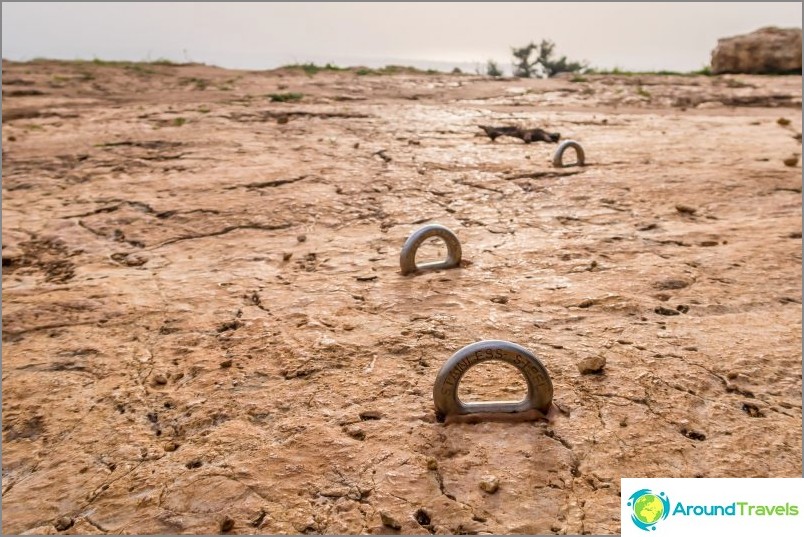 By the way, the path to the rock is a path,asphalt, on it can drive a baby or wheelchair. And such accessibility for wheelchairs I really like in Israel, not everywhere like that, but quite often occurs.

So this is not a trekking, but quite arefined place for people of all ages and physical fitness. The only thing while you go by car, there will be a small serpentine at the very end, which can be particularly sensitive. But he is short.

The entrance is free. Parking is also free. The toilet is free, but it works until 5 pm

Enter the territory and drive in a circularone-way road to parking. Parking is easily recognized, there is a large expansion of the road, the gate, behind which begins the path to the rock, places for barbecues with tables and benches, and a toilet.

Work time - round-the-clock, but in the dark therehave nothing to do. It is better to come on any days except Fridays and Saturdays, otherwise you risk to be in the crowd, as local people come for a picnic by large families.

If you wish, you can talk, there are walking routes in the vicinity.

Point pointed to the parking lot, you can navigate to it, where you want to come.

Rainbow Cave and Viewpoint
Adamit Park and the arched cave Keshet, also called the rainbow cave. From it opens a panorama of 180 degrees to the surroundings. There is a place for a picnic and barbecues.
Read more.

Adamit Park and the arched cave Keshet, also called the rainbow cave. From it opens a panorama of 180 degrees to the surroundings. There is a place for a picnic and barbecues. More details.

P.S. Guys, maybe I just haven't been anywhere else (2.5 months have passed), but I really really liked it. What do you think of the photo? Am I right or did I think?