Home>New articles>The ancient pyramids of Egypt and the Great Sphinx - touching the secrets of the millennia.

The ancient pyramids of Egypt and the Great Sphinx - touching the secrets of the millennia.

Initially, we didn’tthey were going, but once they were in place, they thought, how is it, it is practically a symbol of this country, one of the seven wonders of the world, and it seems like a place of power, and we are not going there. And it’s not a fact that we’ll end up in Egypt again. Plus, there are some tricky energy lines intersect. And we went ... And we saw the pyramids ... And it was cool ...

A tour to the Egyptian pyramids cost $ 50 and included travel through Cairo city, swimming on the Nile boat and lunch in a floating restaurant, check in to the salon aromas and the papyrus factory, and of course our main goal is to visit the ancient pyramids of Egypt and the Great Sphinx. 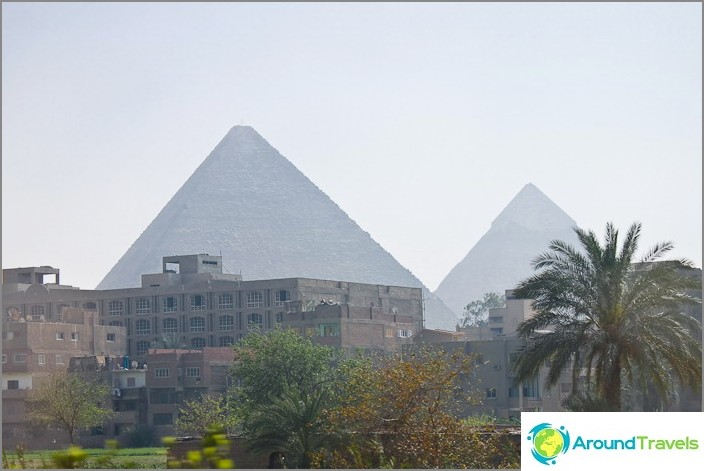 View from Cairo to the ancient pyramids.

By the way, an independent visit to the complex of pyramids costs $ 12. 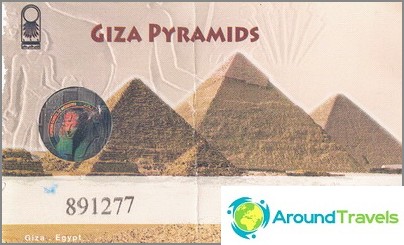 Ticket to the ancient pyramids. 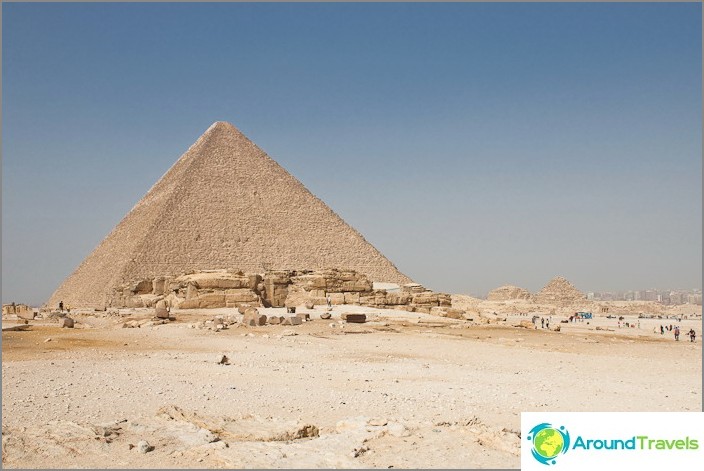 The Pyramid of Cheops. 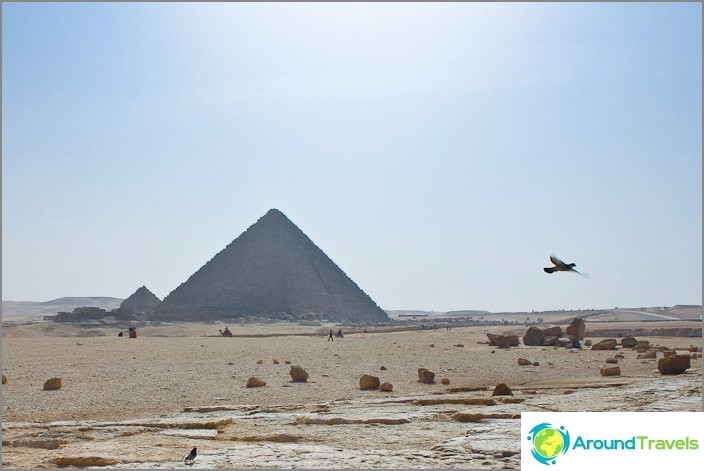 But, unfortunately, feel thisa momentous moment, it will not work out right away, as the crowd of local Arabs is clinging around, offering to buy a super mega set of plastic pyramids at a ridiculous price “Odyn Doler”. This is a very useful thing, I would buy a bag of these at once, but it would not fit in the bag. Here you will also ride camels and horses, photos with and without Bedouins. Everything is put on stream, somehow people need to earn money, the country is not very rich. We were warned in advance that they would offer to take a picture for free, or they could give a pebble, and then they would ask for remuneration for their services. Even the policemen, who are dressed in black, also strive to earn money, offering you to take pictures from different angles: I hold the pyramid in my palm, leaning on the pyramid, the whole pyramid. The atmosphere does not match this place of power, there is no certain sacrament. I wanted to get away from this crowd of frantic and retire, in order to feel the significance of these stone giants, and touch, at least briefly, the secrets of Egypt. It worked out a little bit, but since only 1 hour is given for a walk around the Egyptian pyramids, then this “little bit” is very little. 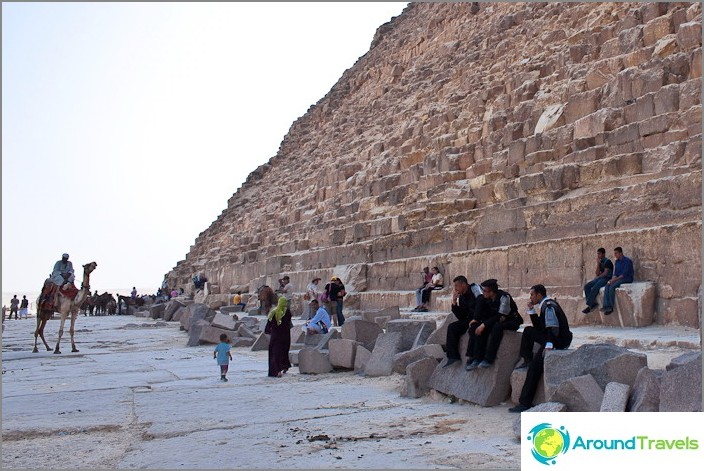 At the foot of the pyramid of Khafre. 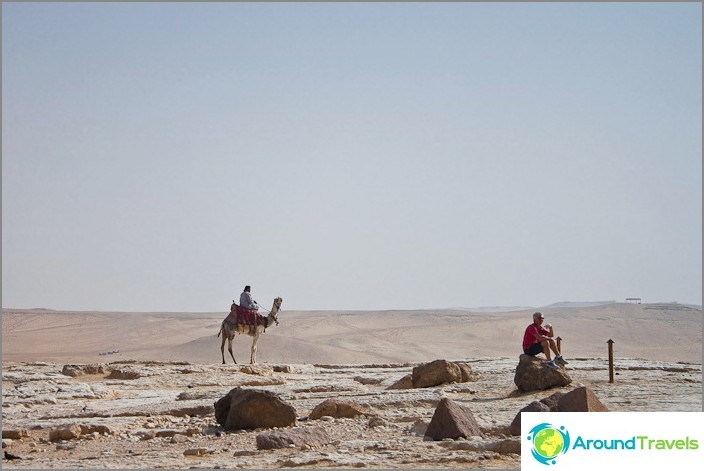 I realized for myself that I would like to go there onAll day long, quietly go around all the ancient pyramids, sit and think. I suppose that at the farthest, the pyramid of Mikerin, there are not many people, since there must still be reached. In the evening, the lights are lit, and the pyramids are a very beautiful sight.

From the ancient pyramids of Egypt, from the plateau of Giza,overlooking the city of Cairo, which almost came close to the pyramids. Big Sphinx, such a feeling, will soon be among the houses at all. Above Cairo - haze, along the normal phenomenon for the metropolis. 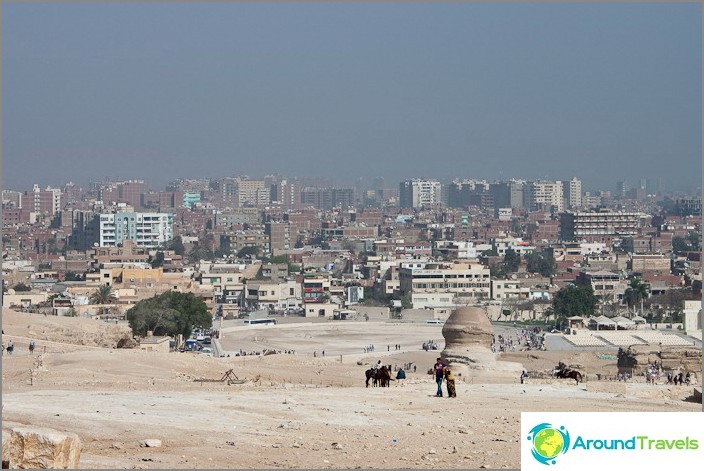 View of Cairo from the Giza plateau.

Inside the ancient pyramids, we did not dare to go. First, the entrance to the pyramid of Cheops and the pyramid of Khafre costs $ 10-20 per person, and secondly, it is embarrassing that the first people who entered there all the skates threw away who was from what. It is not known why all this was built, and how it affects people. It may well be that this and not the Pharaohs at all built, and it is possible that the pyramids were originally intended not for burial at all, but for other purposes. In addition, our guide warned that inside the Egyptian pyramids we will not see anything special, everything has been rendered for a long time and is in museums. You can also go to the little pyramid, the pyramid of the queen. Admission is free, it is located next to the pyramid of Cheops.

The next item on our program was BigSphinx with a severed nose: the body of a lion with a human head, height 20 meters. Nobody knows where the nose went; Napoleon blew it up; 40 minutes were allotted for viewing the nedocoshka, which is enough, since you cannot approach it yourself; 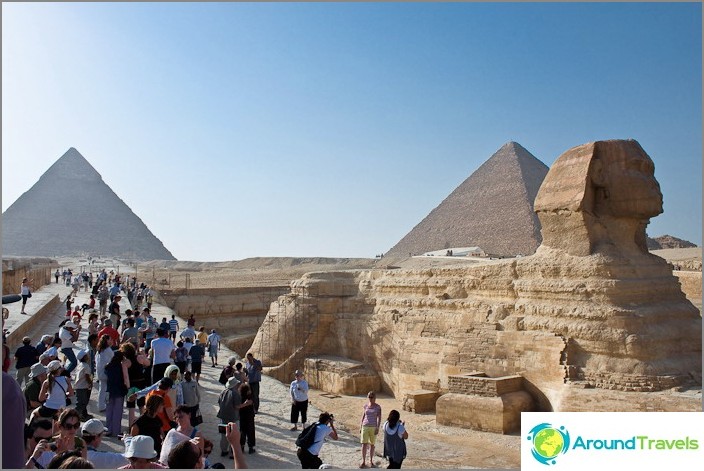 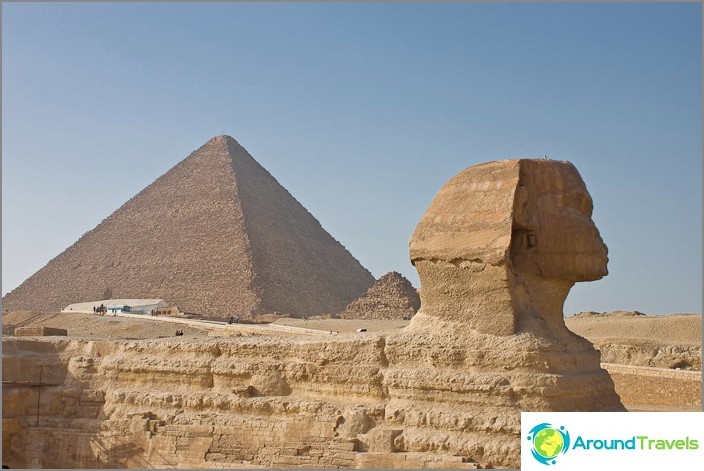 The Great Sphinx and the Pyramid of Cheops.

Despite some cons, the trip is for usturned out to be very informative, and it can be perceived as a survey, in order to draw conclusions for themselves. The goal, to touch even the moment the secrets of Egypt, was achieved. In principle, except for the ancient pyramids and mountains of moses in egypt, we are hardly going to see anything else. 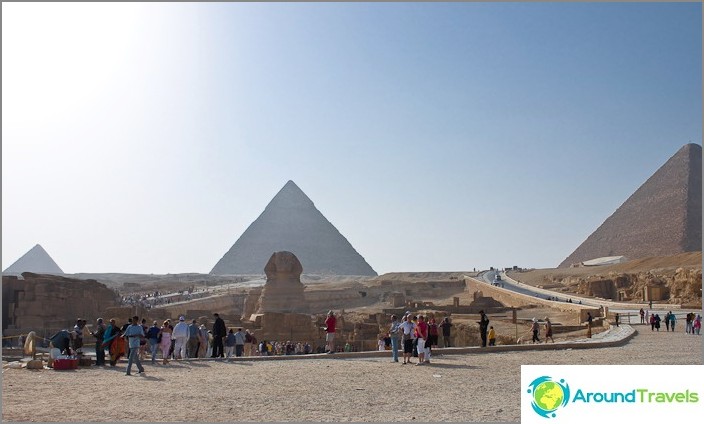 Ancient pyramids of Egypt and the Great Sphinx.

He returned from the Caucasus, but the road is calling again ...