Already wrote about their walks in Bratislavaand in particular I climbed the hill toSee Bratislava city and the capital from a height. If you are in the Old Town, do not be lazy, go. The castle itself outwardly may not look particularly remarkable, but you can walk around it, and the views are beautiful.

Bratislava Castle - an ancient castle inBratislava, one of its symbols, main landmarks and one of the central attractions. It rises above the high bank of the Danube, standing out with bright white walls and a red roof against the background of the rest of the landscape. And although this landmark is included in the list of national cultural monuments of Slovakia, for several decades the castle lay in ruins and was restored only in the second half of the twentieth century, in Soviet times.

Since the castle was recently renovated and it isnoticeably upon closer examination, from a tourist point of view, the most interesting in Bratislava city is the view from it on the surrounding city and the Danube. This is perhaps the most spectacular thing to expect from a visit. The inner courtyard of the castle, where only a deep well is located, looks empty. If you wish, you can go to the museum, located in the castle and climb to the observation deck, but you can just walk under the fortress walls and on the terraces leading to the castle, from there you also have good views, the paths are well-kept and in the warm season everything is beautiful and green . At night, the castle is beautifully highlighted. Since it rises above the city in its very center, the castle can be clearly seen from almost anywhere in Bratislava.

A more interesting view is that except with Mosta SNPwhich in turn is visible from the Bratislava castle. In general, I would go there and there. The old city and these two sights can be safely viewed in one day, everything is close by. 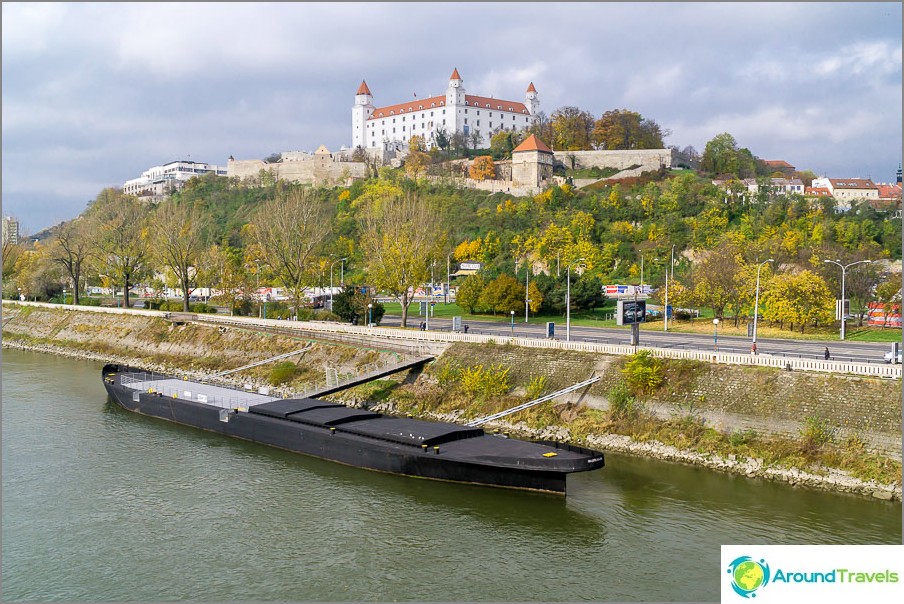 Bratislava city in Slovakia and the Danube 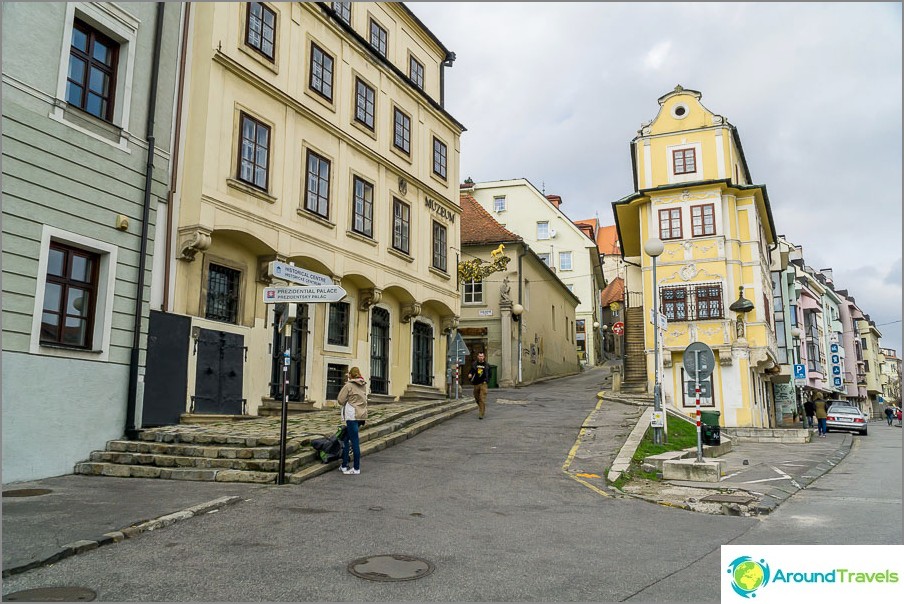 Rise to the Bratislava Castle 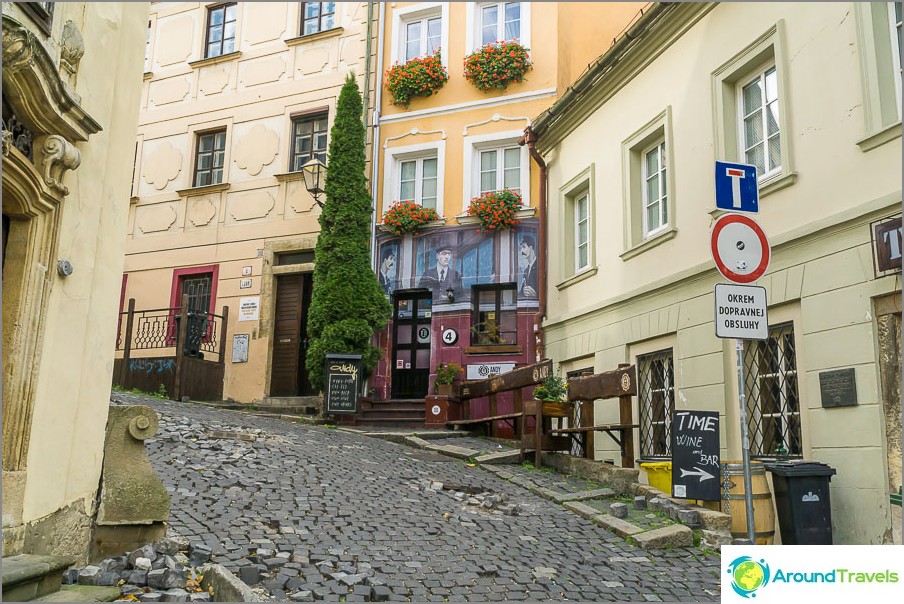 Upstairs is a narrow paved street. 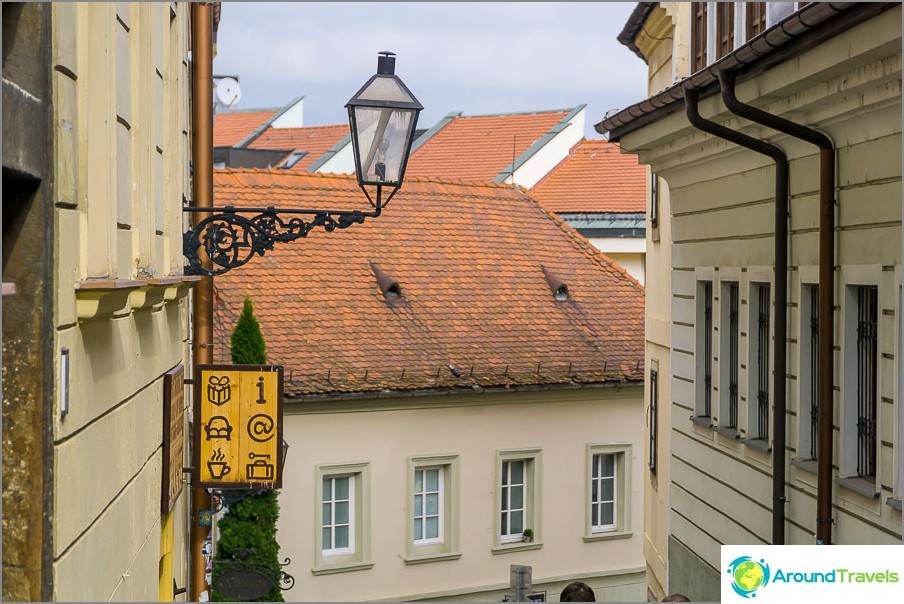 We are escorted by the red roofs 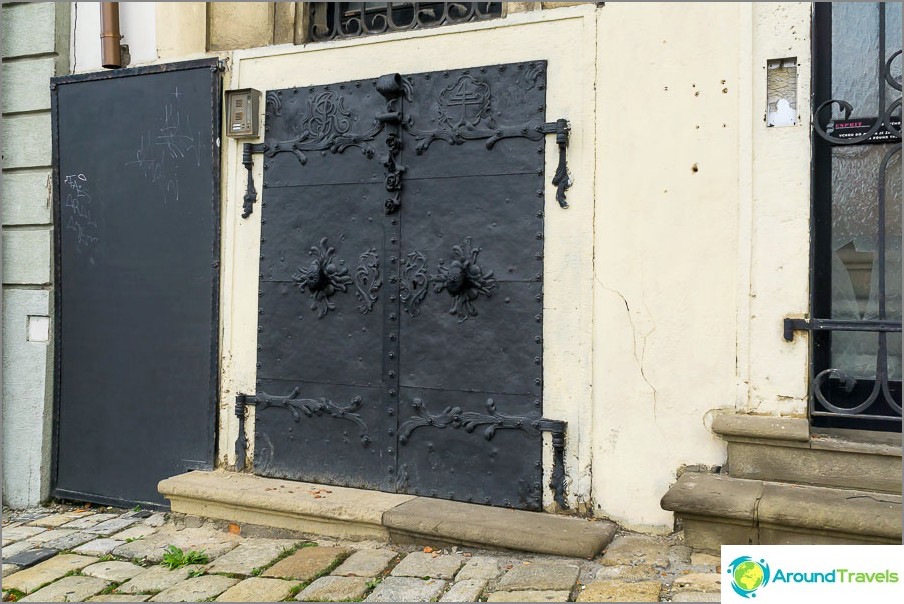 Usual such a door Autumn is a great time to visit Bratislava Castle 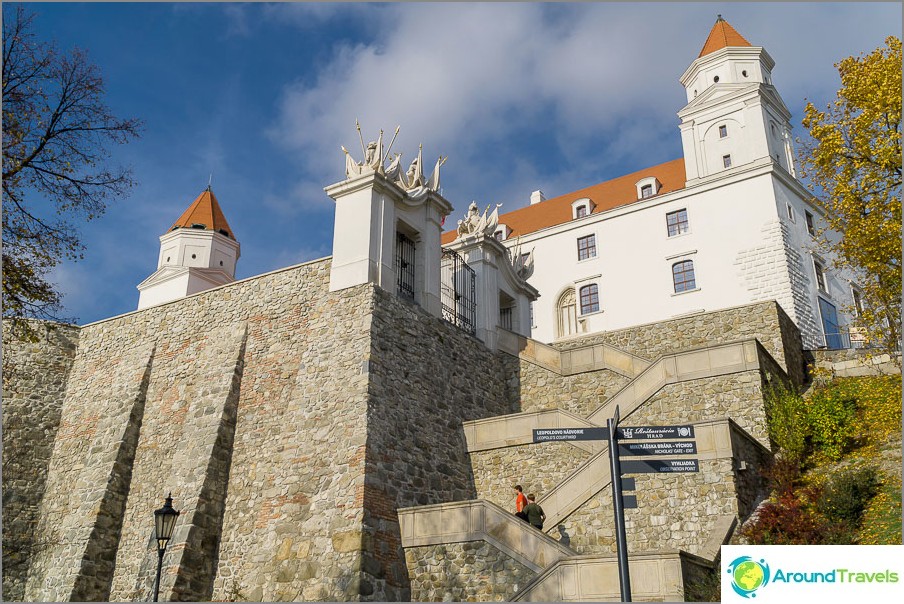 Here he is getting closer and closer 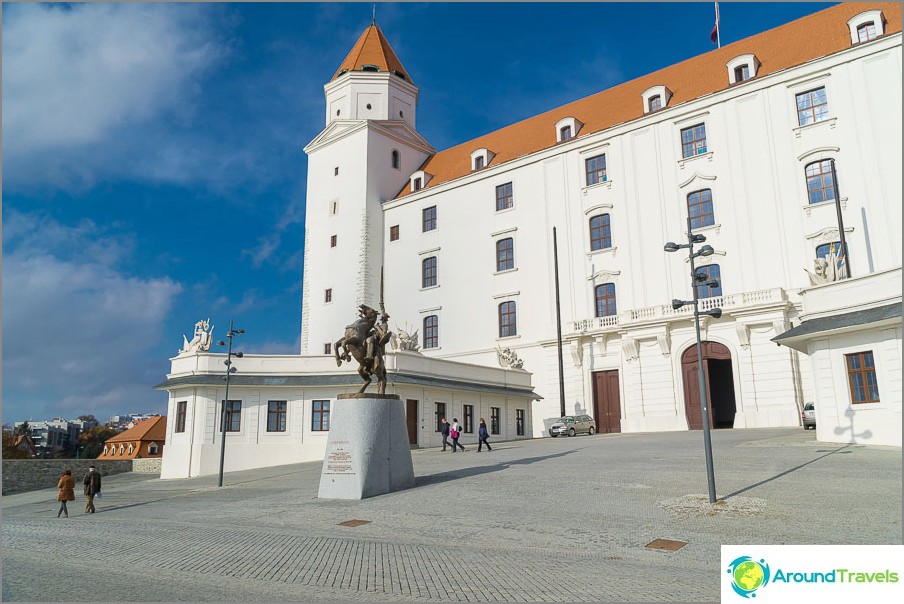 Square in front of the castle 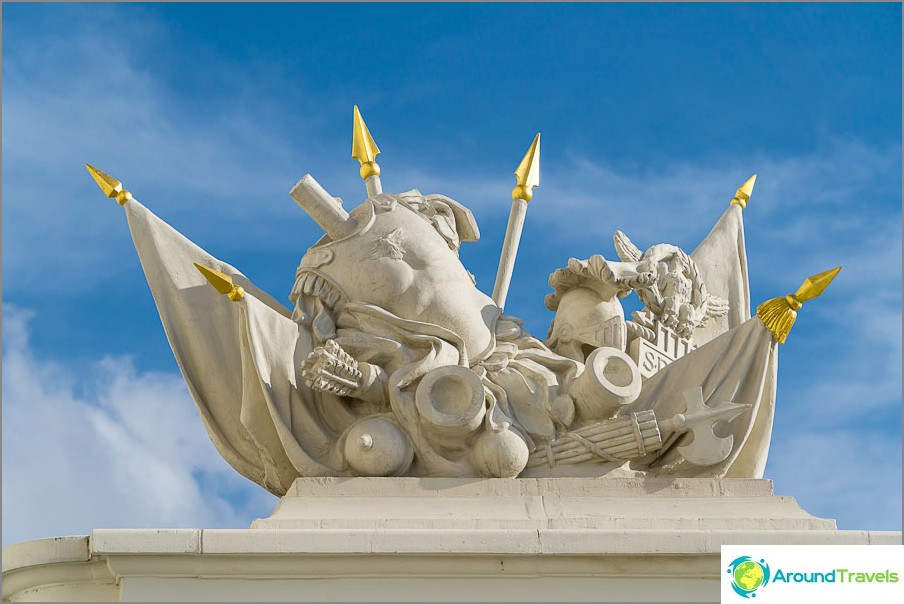 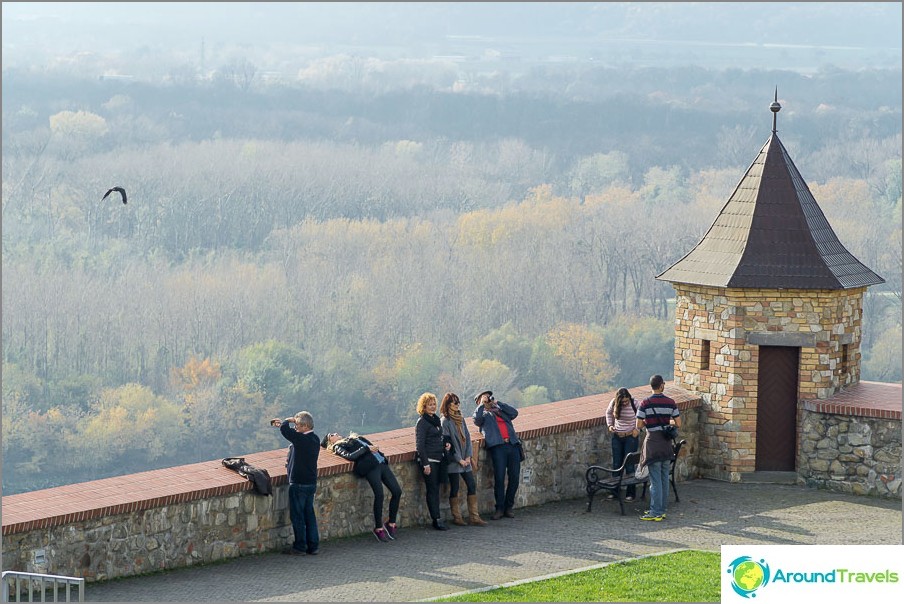 Observation deck with views of Bratislava 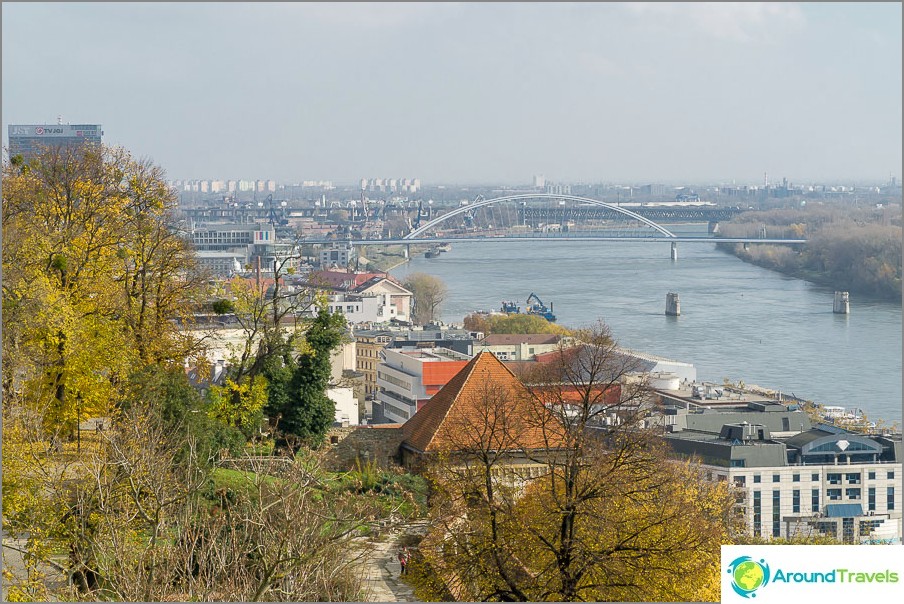 The wide Danube flows through the city 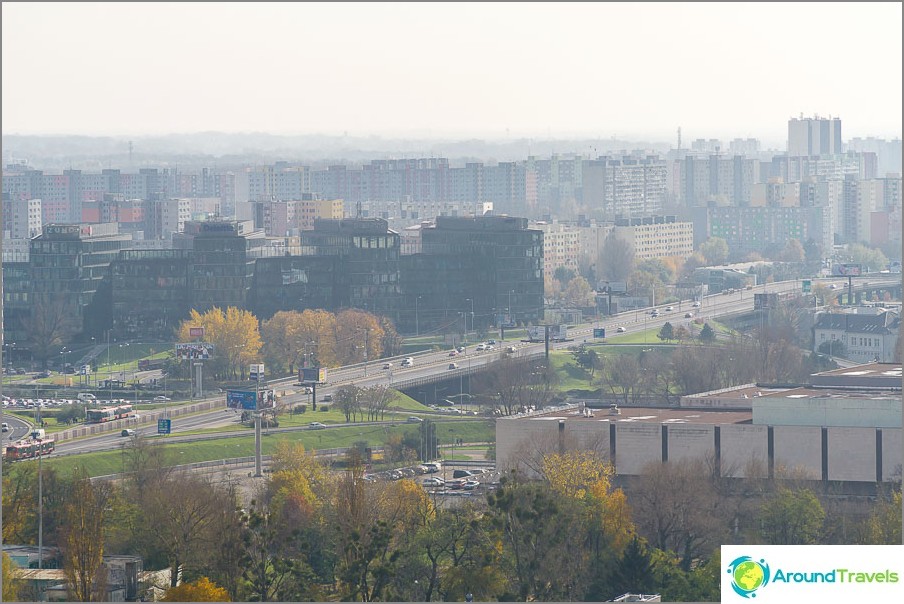 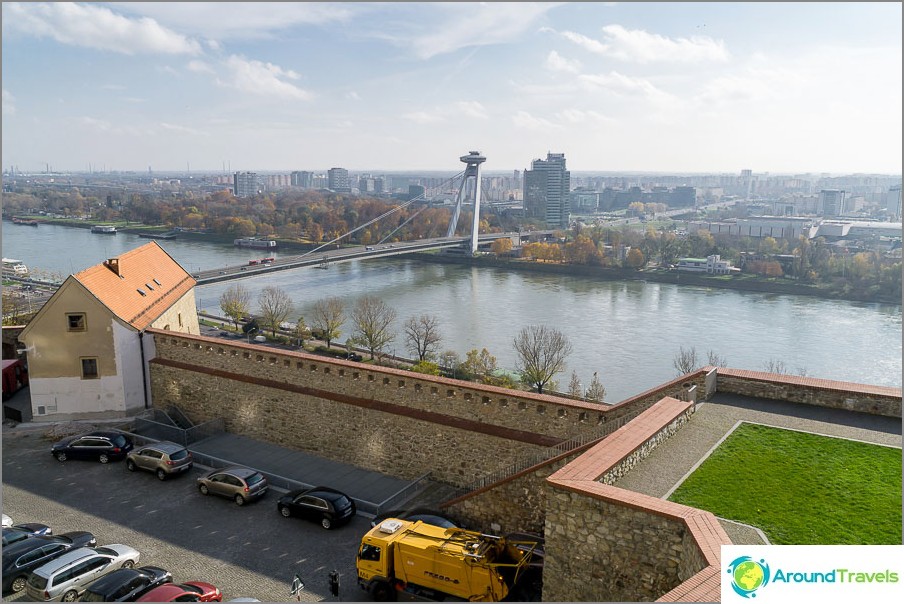 The SNP bridge is unique in that it has no support under it. 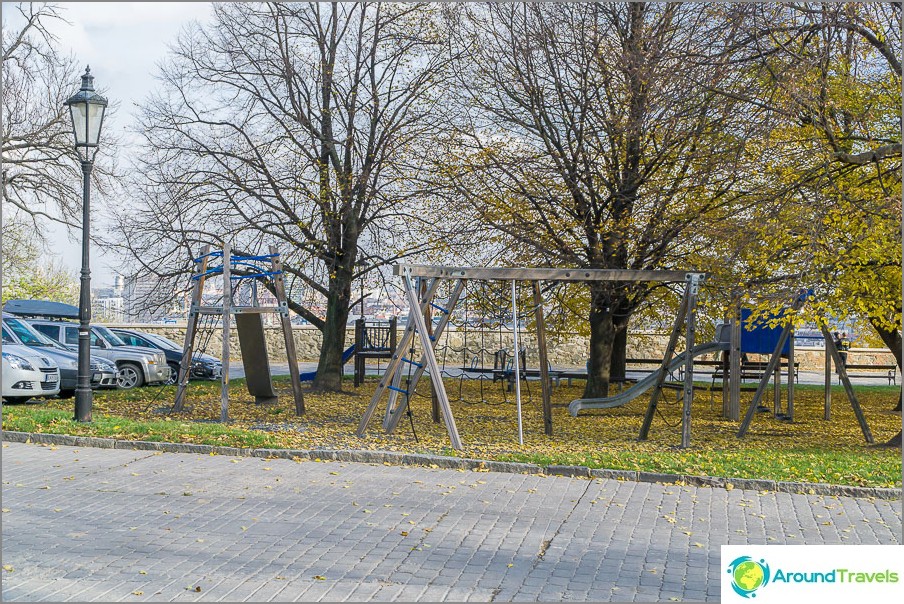 In the castle there is even a playground 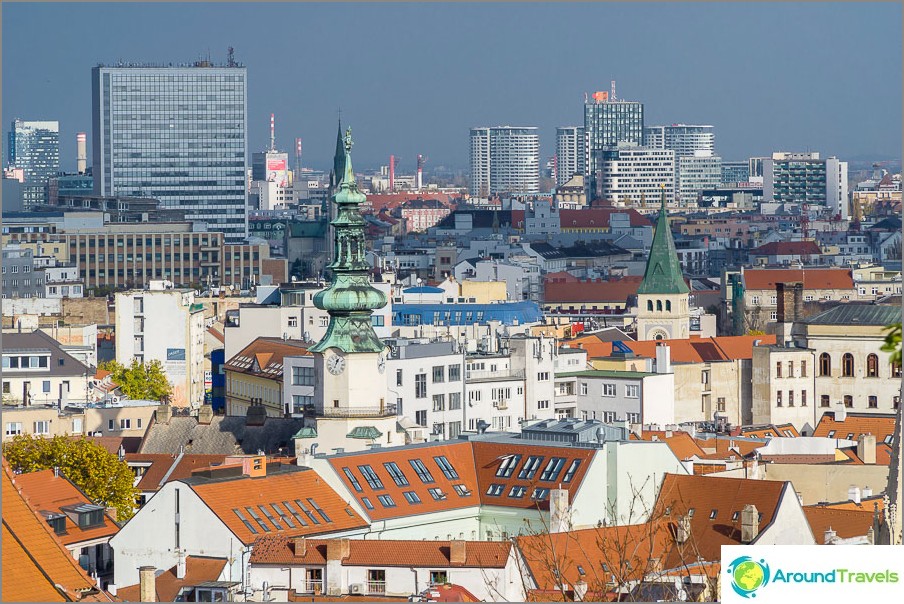 View of the Old Town of Bratislava 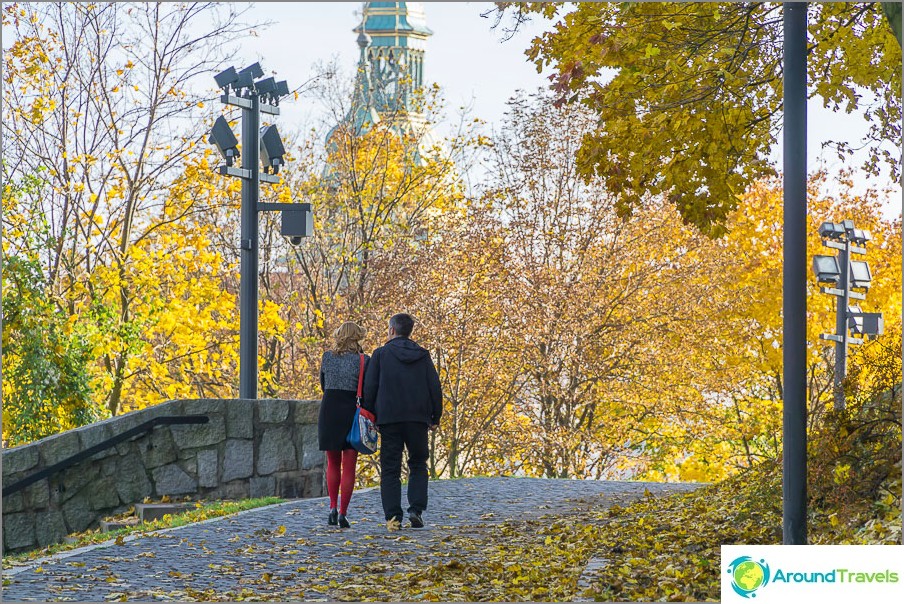 Well, here and so together take a walk here 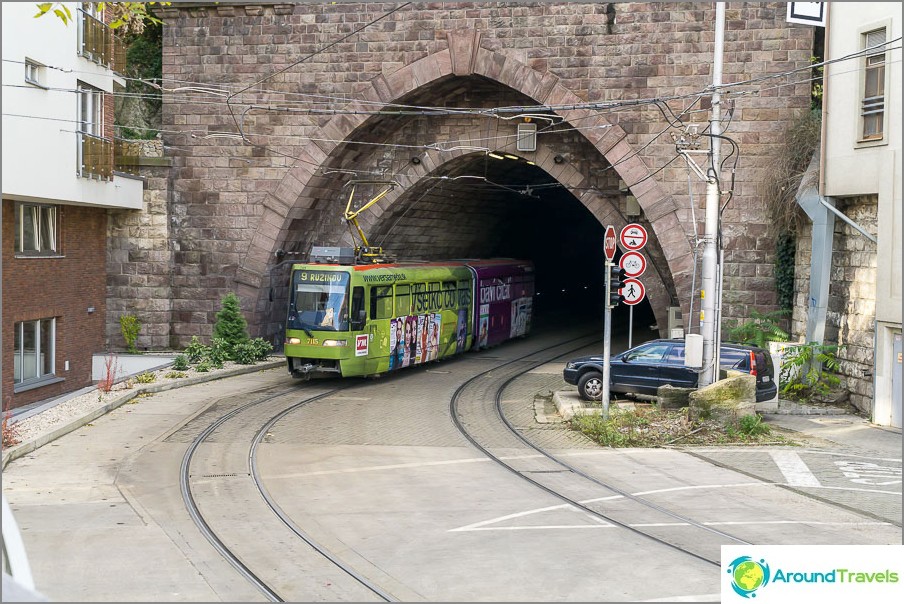 Under the castle there is a tunnel where the tram goes 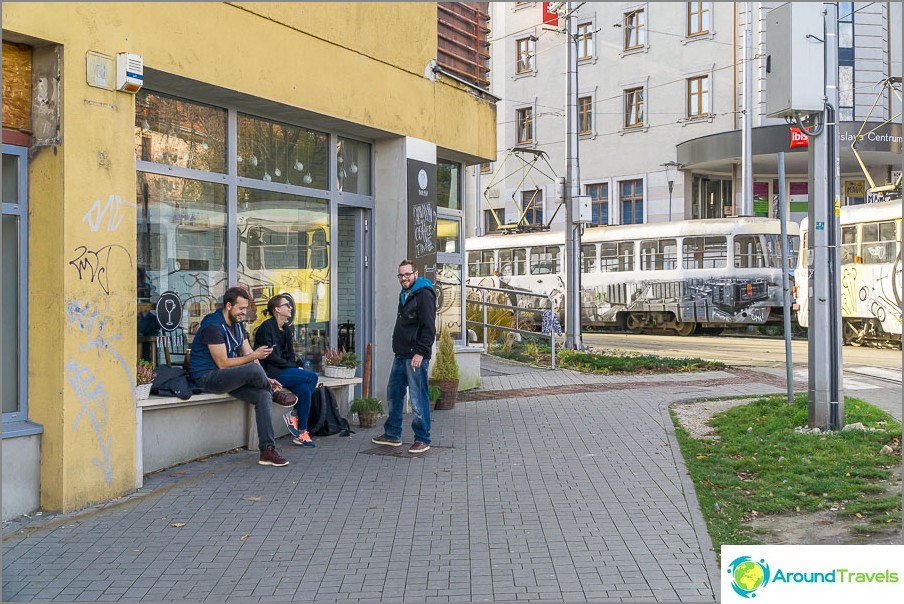 Just a street near Bratislava Castle

Place at the intersection of important trade routes, onThe bank of the Danube was known to people from time immemorial. At first it was the Celts, then, much later - the Romans. The first mention of the castle dates back to 907. From the middle of the 11th century, the medieval castle became the site of the coronation of the Hungarian kings. In the XV century, the castle acquired late Gothic features. Later, the influence of the Renaissance and early Baroque predetermined the structure of the castle: it is a rectangular building with a courtyard, four corner towers and an entrance gate. In 1811, the castle burned down and was in ruins for almost a century and a half.

Only in 1953-68 was heldrestoration, after which he acquired the form that originally had by the end of the XVIII century. Several years ago, at the entrance to the castle, an equestrian statue of Svyatopolk, Prince of Great Moravia was installed, which at the end of the 9th century united lands belonging to modern Slovakia, the Czech Republic, Hungary, and partly Romania, western Ukraine, Poland, Austria, and Germany to one state.

The price of entrance tickets to the castle: from 6 euros per adult and from 3 euros for a discount ticket. 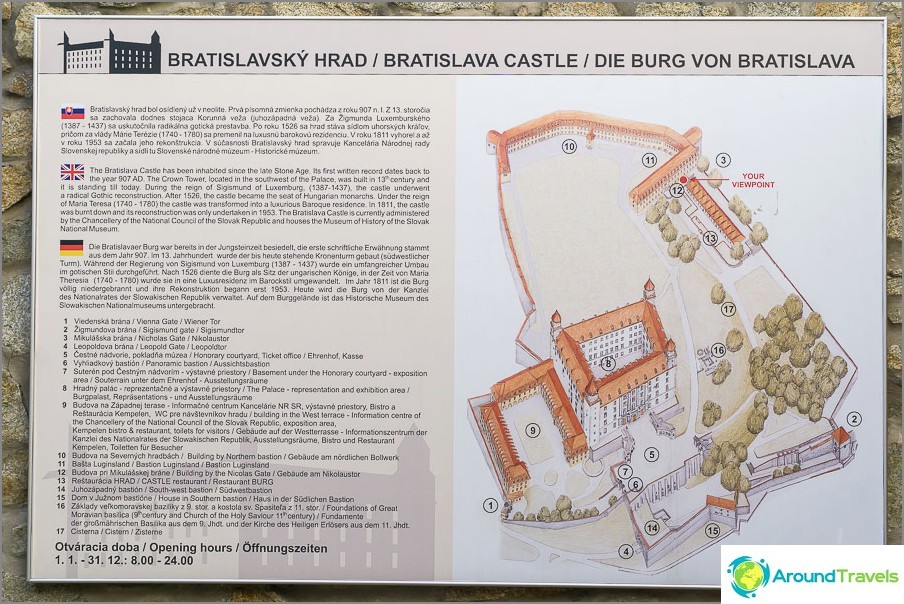 Map of the territory of the Bratislava Castle

Grad on the map

Bratislava city
The ancient castle in Bratislava, one of its symbols, main landmarks and one of the central attractions.
Read more.

The ancient castle in Bratislava, one of its symbols, main landmarks and one of the central attractions. In more detail.

Where is Auschwitz concentration camp and how to get there

Where it is better to rest in Thailand - where ...