Home>New articles>Summary of 2014 - everything is smooth, without ups and downs

Summary of 2014 - everything is smooth, without ups and downs

After a long pause (since last year as many articleswas not), and following the general trend, I will also summarize our results. I thought for a long time whether it was necessary to write or not, but after all, it would be interesting to read it later for analysis of life, so let it be better. Yes, and I have already summed up the results of past years - results of 2013 and results of 2012 (no other years, unfortunately), usefulreread, so we must continue the tradition. This time I’m not going to sign too much, I’ll briefly describe in a list what was done. However, taking into account the dollar rate and the economic situation, in general, it was necessary to go along with completely different things.

I agree, not at all thick, but I personallytravel was enough, given that Russia spent only 5 months this year. Moreover, we have long liked to live somewhere, and not to change country after country, and it’s much more comfortable and much easier to organize my work (I dream of sitting in my office and working without interruption). By the way, I noticed that despite frequent visits to Thailand, I still have a weakness to its north, in which the desire to travel does not dry out. 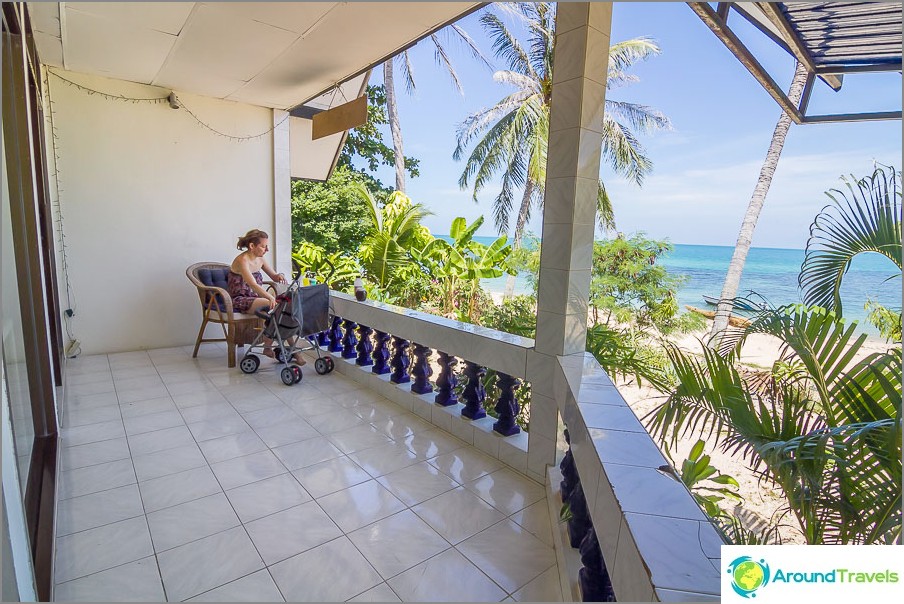 House by the Sea, Samui 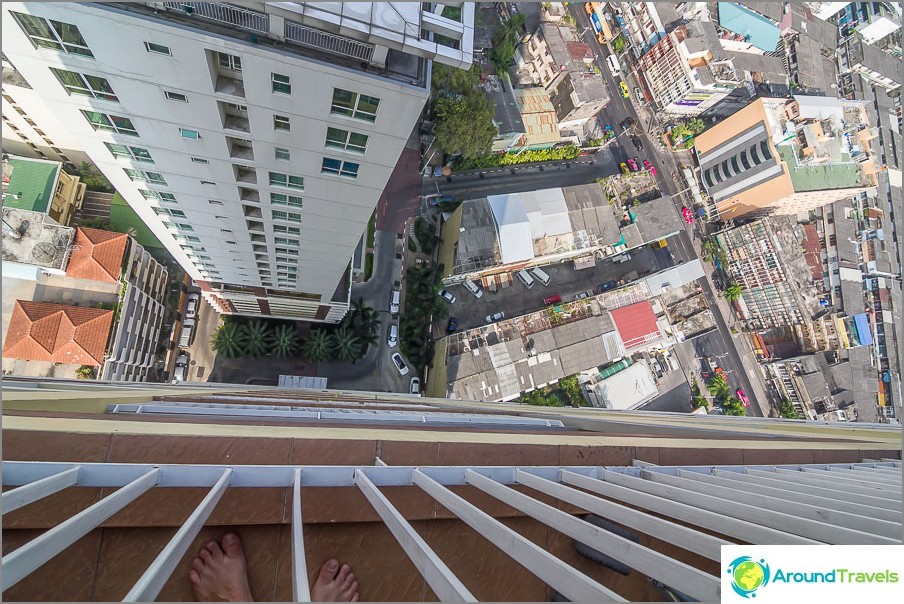 View from the 29th floor, our apartment in Bangkok 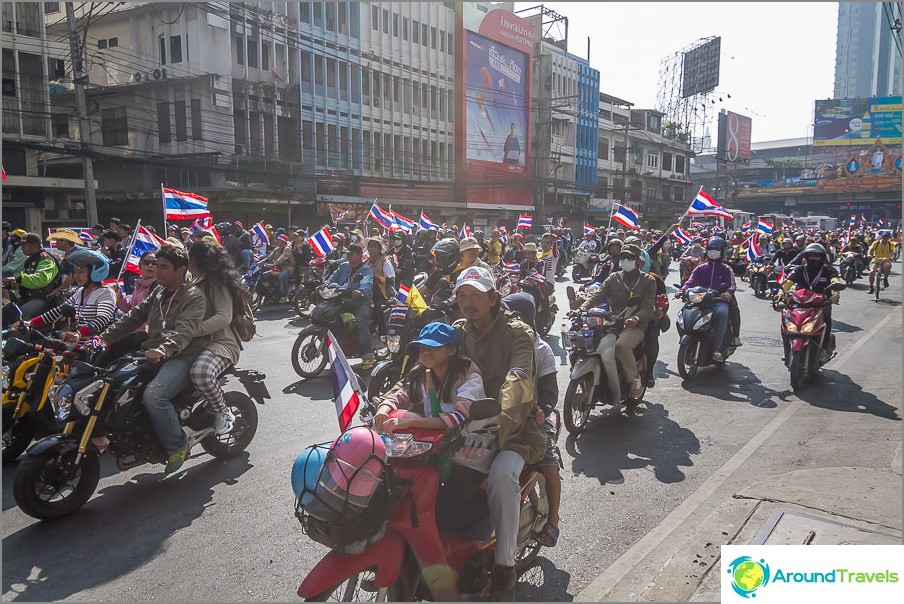 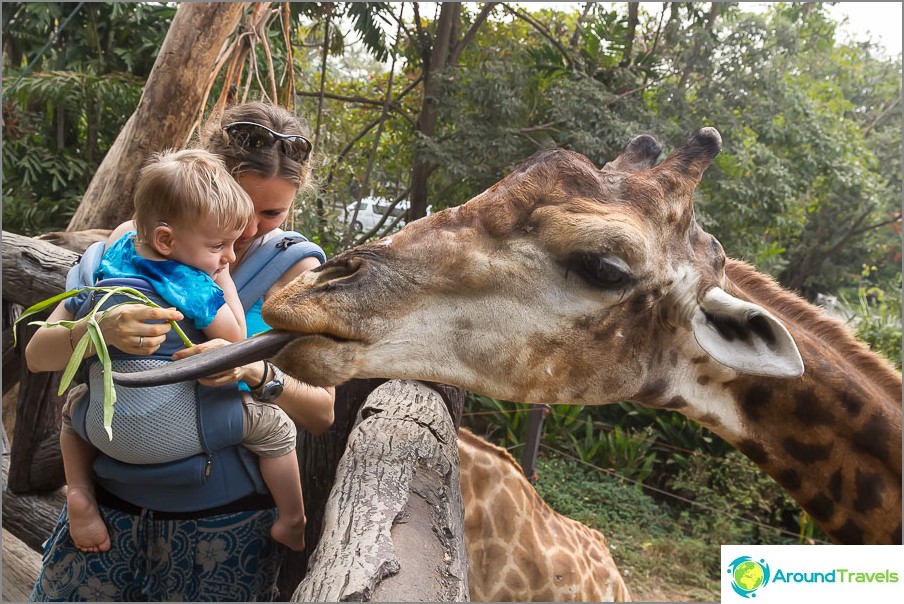 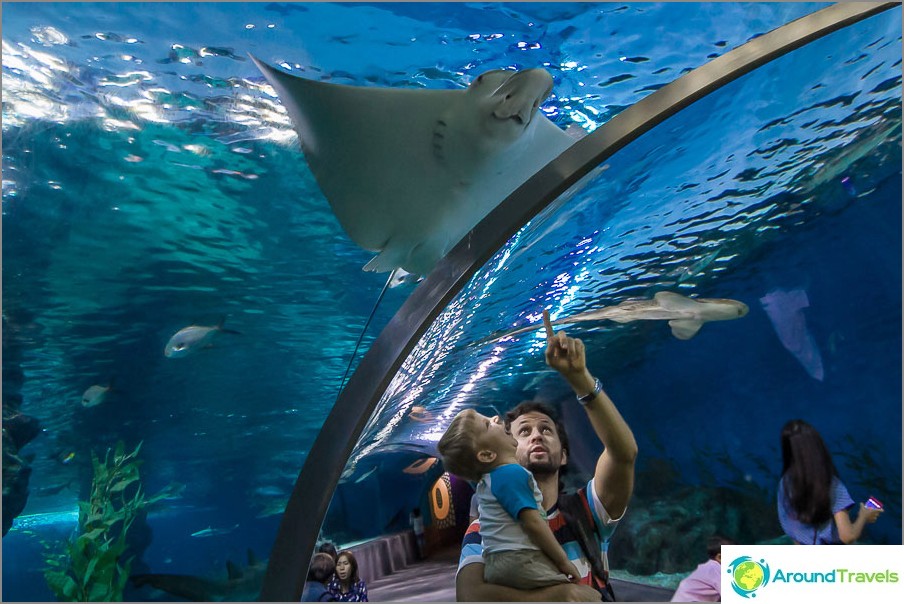 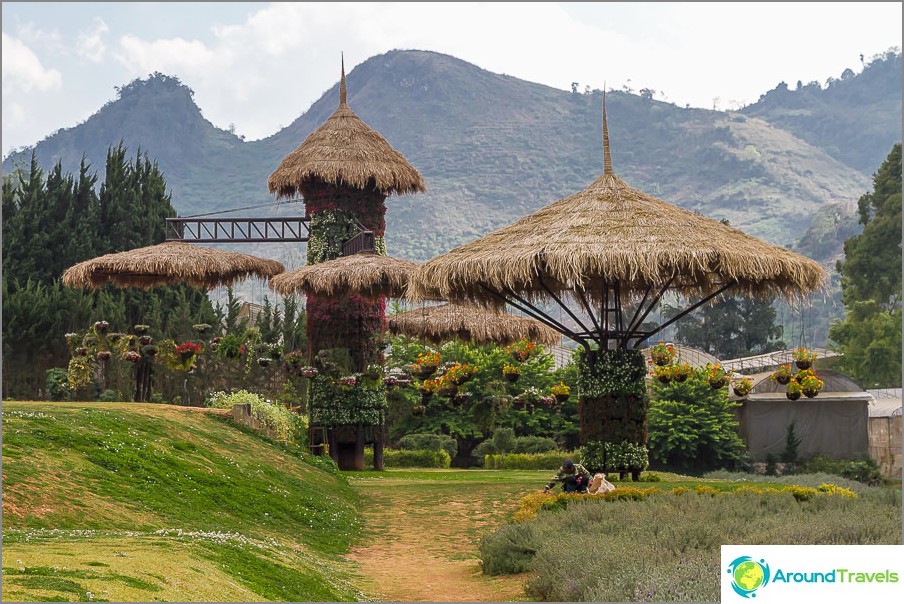 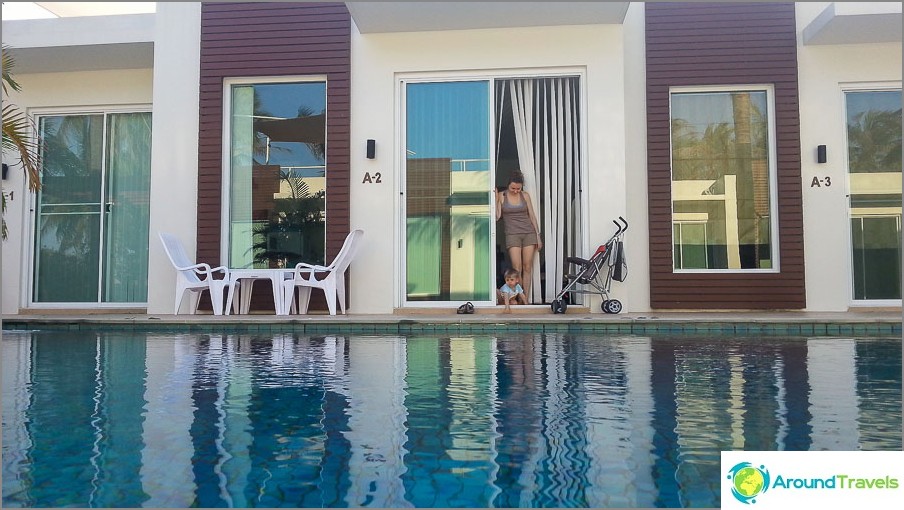 A couple of days of rest in a quiet place 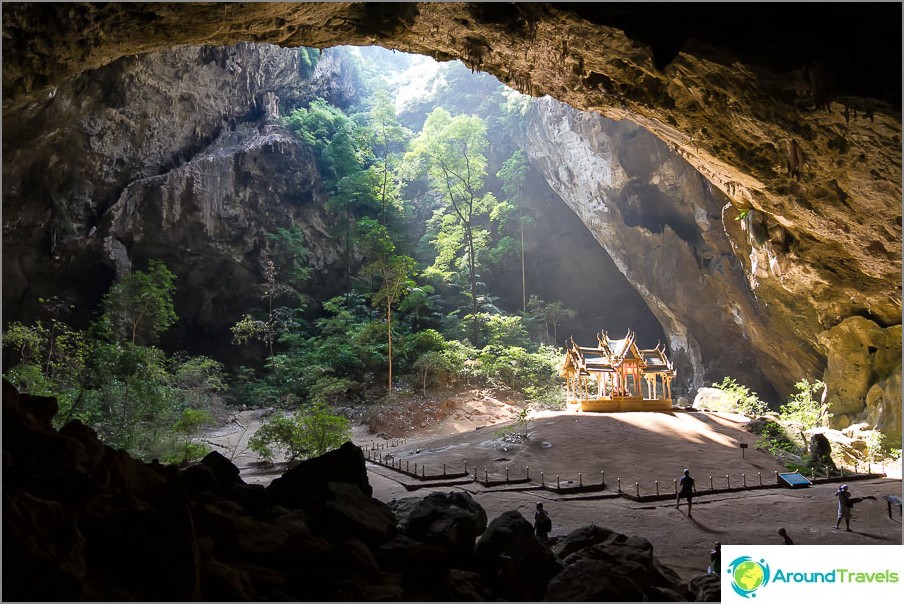 Cave in the national park 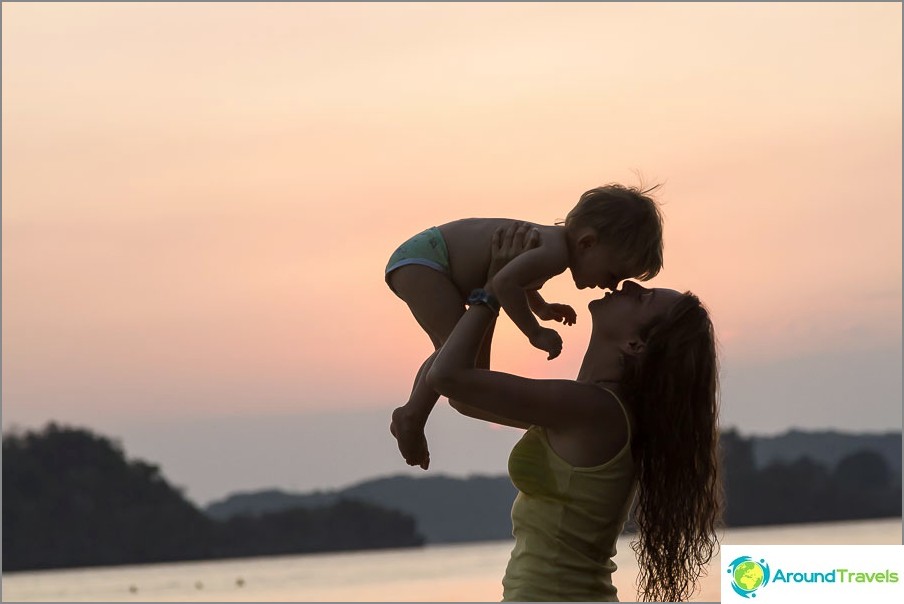 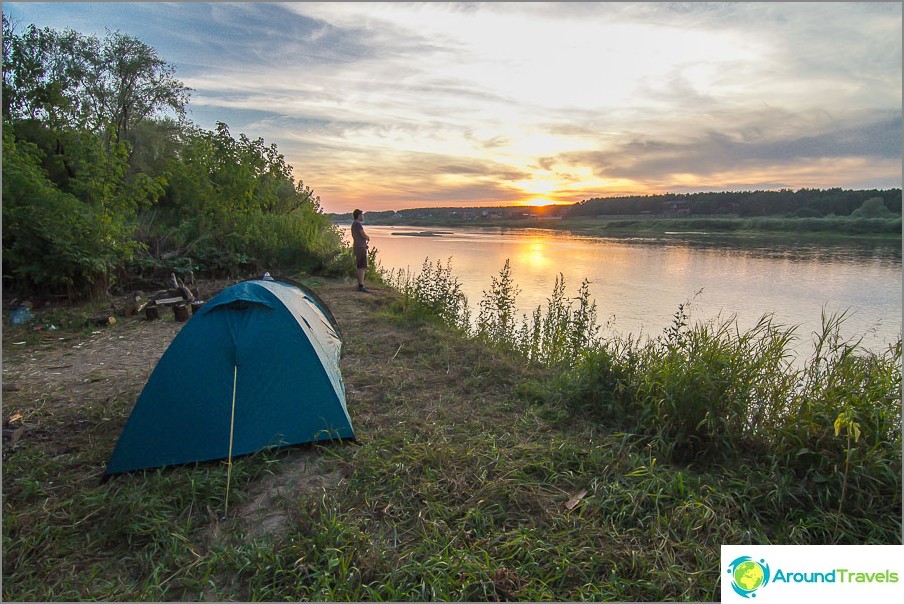 Moscow region on the Oka 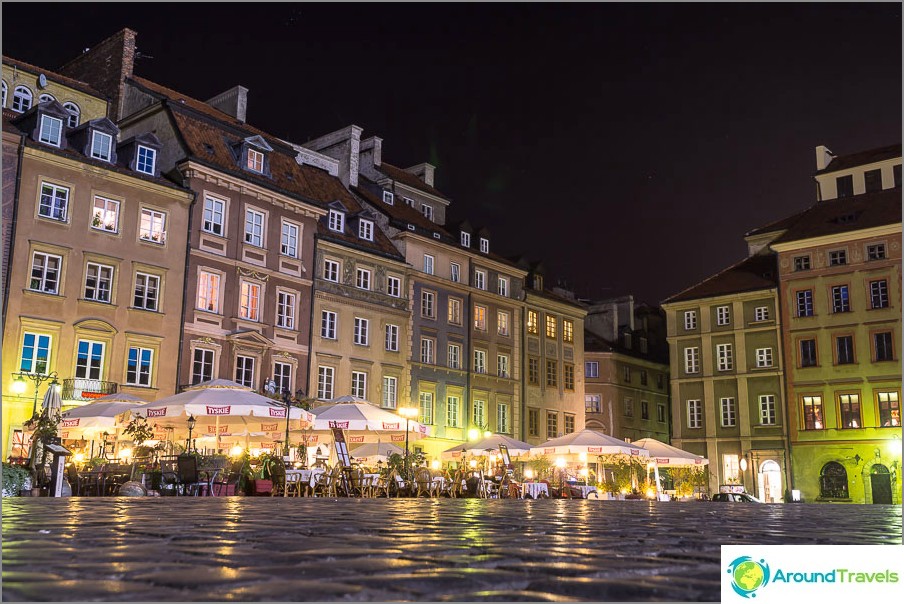 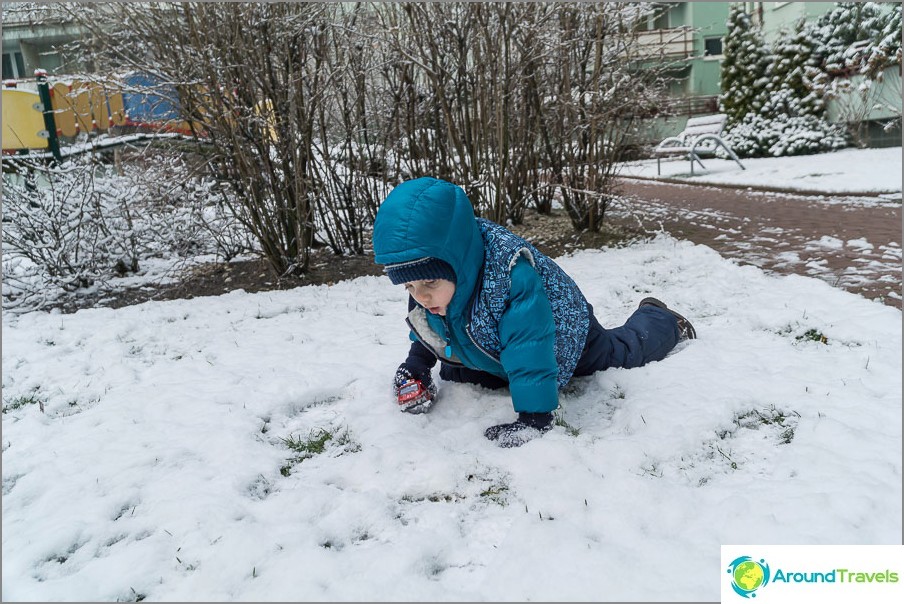 In addition to physical travel, this year wasa lot of virtual. Read blogs and forums, talked with people - studied potential countries for relocation (Slovakia, Slovenia, Serbia, Bulgaria, Cyprus, Israel, etc.). At the moment, we have decided to stay in Moscow and not to twitch, because we do not pull any move morally and financially. And to live in a suspended state without a base is already rather tired. Therefore, the base will be in Moscow, because in fact we really have it there. It is a pity, then it will not be possible to hand over an apartment (there were thoughts to leave there and rent it for a long time at full price), but in principle we never counted on it. Well, I don’t want to take risks with Yegor when moving. Let's wait for him 4-5 years, when it will be a little more clear about his speech and other features and we will again decide what's what. In the meantime, you need to think about some kind of universal strategy for the future life / work, even a long-term one. Always envied those who can slowly but surely follow their original plan without throwing. 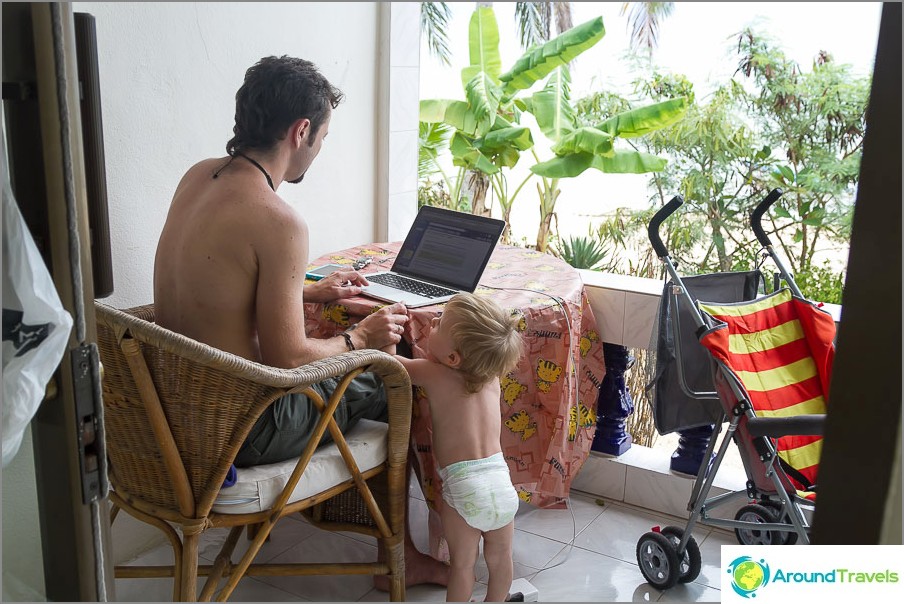 Work on Samui by the sea 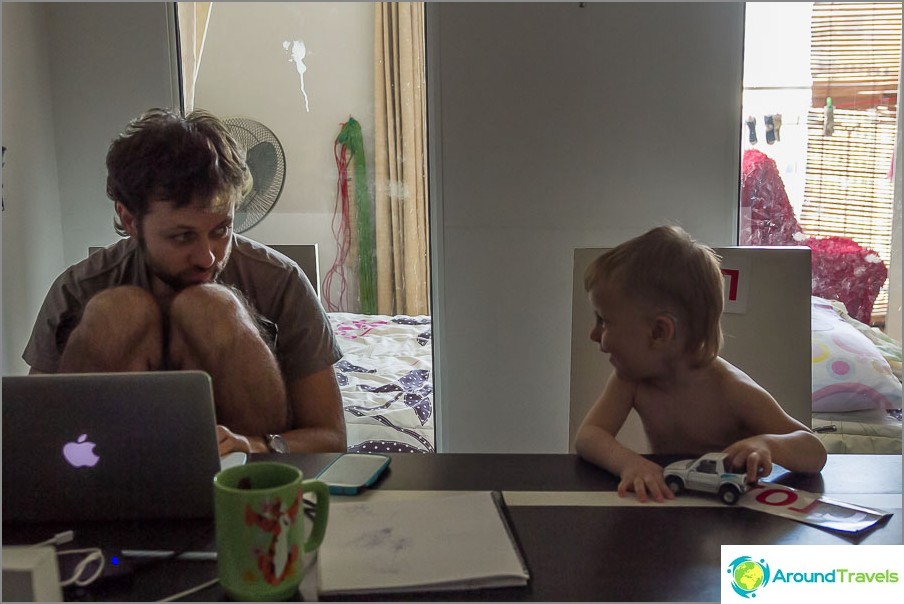 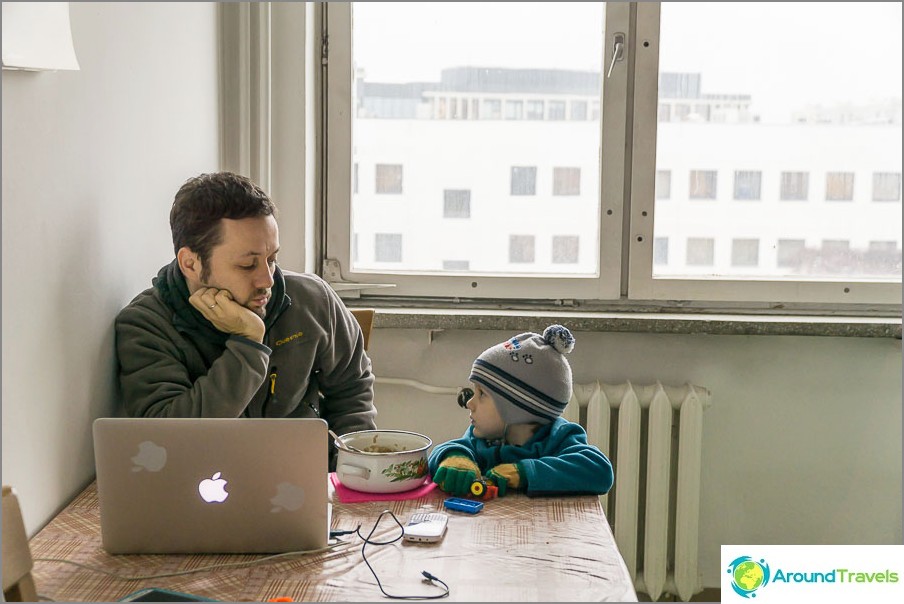 A blog has become more of a directory than a blog thatbore fruit in terms of earnings. Despite the fact that some affiliate programs began to bring very little, and the reader’s traffic fell slightly, the overall income level, on the contrary, remained at a normal level. And best of all, if you throw everything away now, a blog will bring money for another couple of years, although readers may not stay at all

Throw, of course, I do not plan, but for nowdirectory and will remain mainly, since we have no time to travel. Plus, the topic of Egor is most worried about us now, but it didn’t travel at all ... But in general, any gestures with a blog are not so important now, whatever you do with it, the result will be of the same order. Whatever one may say, now, ideally, we need to move away from Russian-speaking projects, because the ruble will become cheaper, meaning a drop in ruble income in any case - prices are rising, both in Russia and abroad due to the exchange rate. The tourism industry has also slipped already, if you look at WordStat, then in 2014 there were 1.5 times less requests for “Thailand” than in 2013. Traffic on Tay falls in Runet.

Egor's year 2014 turned out to be rather intense: 3 rehabilitation, surgery, all kinds of examinations, a bunch of tests. True, the point is not in quantity, but as a result. This is more difficult, but the main thing is that progress is, albeit slow. It is a little insulting for the child’s childhood, how much he has to go through, but there’s nothing to be done. 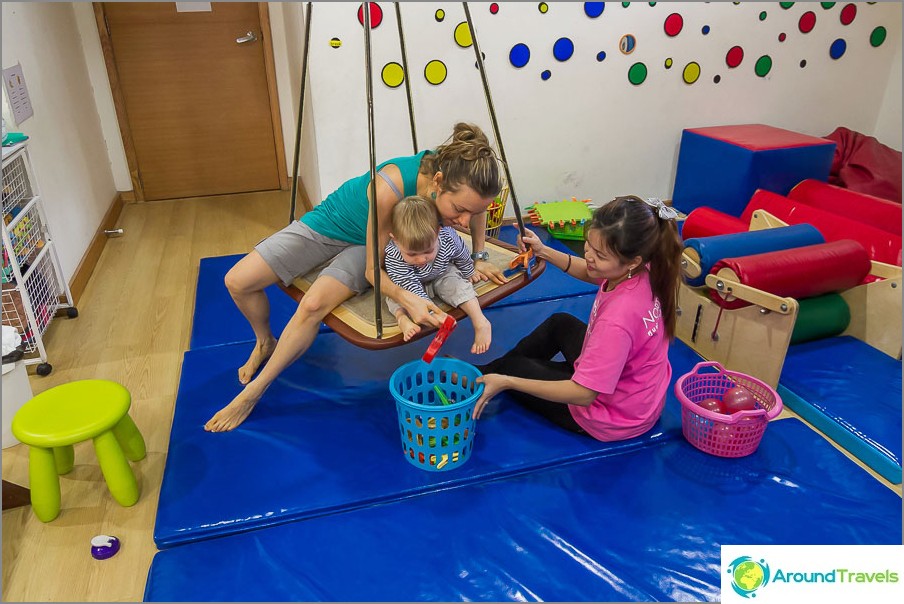 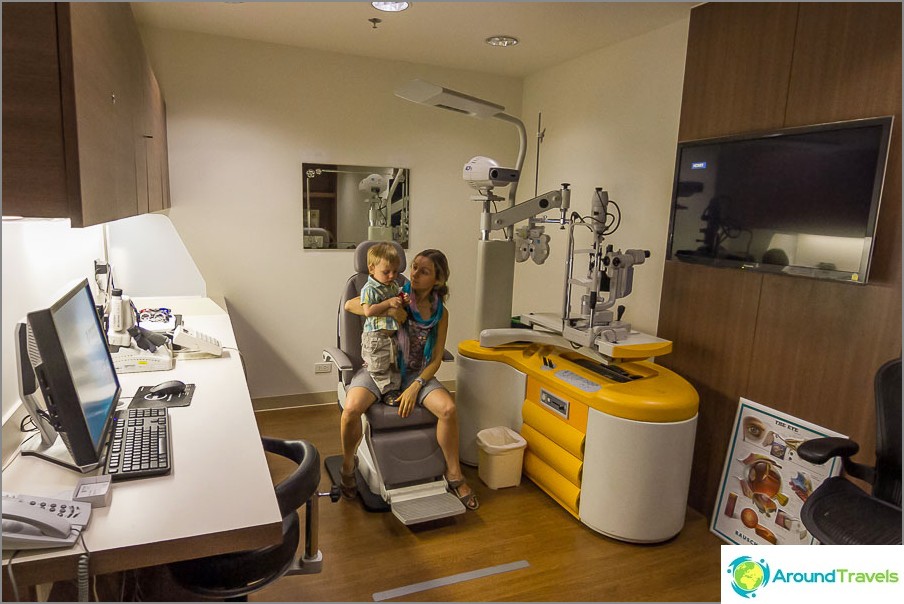 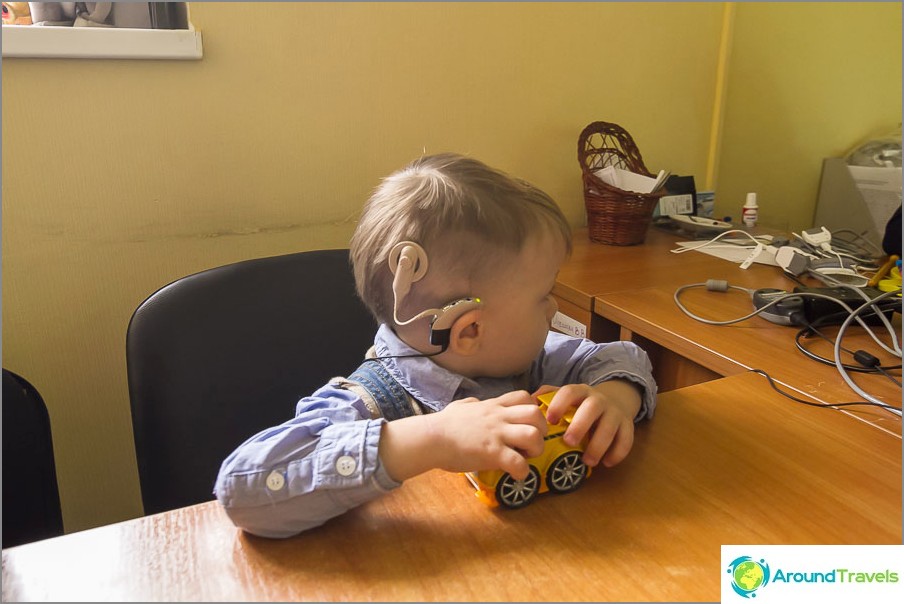 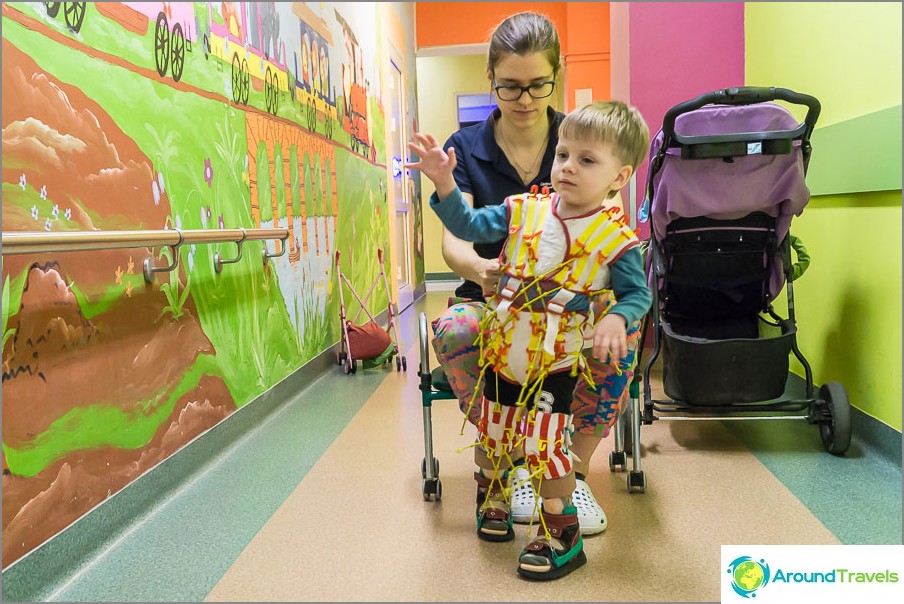 To be honest, the crisis is most frightening.economic, which can put an end to rehabilitation (it is expensive now that abroad, in Russia), and on many years of working with pv sites. Next year is predicted for many to be difficult, no matter if you are a freelancer or you work in an office. Although, I hope that we all manage to swim out of it all the same. While it is still more or less normal, but soon we will find out what lies ahead

On the other hand, at such moments it is good to startsomething new, the situation is just pushing for change. I thought hard about 3 things: learning English, learning Java (or something like that), and about my office. It is pretty obvious that it would be nice to raise your skill to an acceptable level so that you can freelance (and even get a job) to foreign customers. One of my good friends began the process of reorientation to the west in terms of orders a year ago and just recently completed it, now he has an income in dollars, which is very timely. From my point of view, the programmer is not the fact that it will work out, but the English language may very well be needed now to make an English-speaking saytik, and this in turn can help diversify incomes, I want to have at least a part of currency ones.

And about the office a few words - apparently my limitended, it’s impossible to concentrate at all on Yegor’s cries, too many distractions. And when it comes time to replace Daria, it turns out that I am completely from Egor "at work" and did not rest, because he is around the clock. In general, the sooner I leave for the office, the more I can help Daria. Yes, and Egor became a little more independent, you can already leave them alone.

In terms of travel pans even less. From serious only to China for rehabilitation (if we collect money), the rest of the parochial - Fryazino, Kaluga (also rehabilitation). I also hope to go separately to Serbia for a week and maybe to Cyprus, I have been looking at these countries for a long time. Thailand is also waiting for me for sure, but when and in what composition we go there, it is not known. Maybe my will go to China, and I in Tai collect material and work.

P.S. These are the plain results of the year.

We returned to Moscow and went to live ...