Buatong Falls near Chiang Mai - a place for picnics and recreation

Returning from the coolest place in the north of Thailand Doi ang khang I did not want to go on the same road, and I decided to make a small circle. On the way there was a national park and the Buatong Waterfall (Buatong Waterfall), about which very few mentions in the network.

The waterfall is located near Chiang Mai and canserve as a good place to stay for 1 day. Mostly locals come here, or farangs with Thai. The place is not visited en masse by ordinary tourists, therefore it has kept a certain charm. And despite the fact that this is a national park, admission is free!

If you want to visit this place, you can go here from Chiang Mai. For those who want to book accommodation in advance, I recommend the hotel booking service. RoomGuru and our Guesthouse overview in the historical center of Chiang Mai (squared). 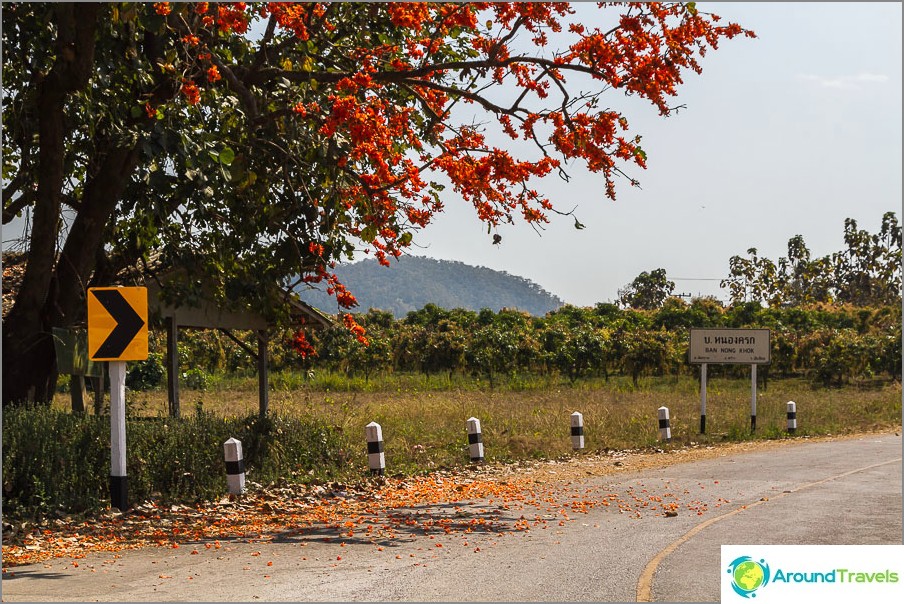 The roads in the north are very beautiful. 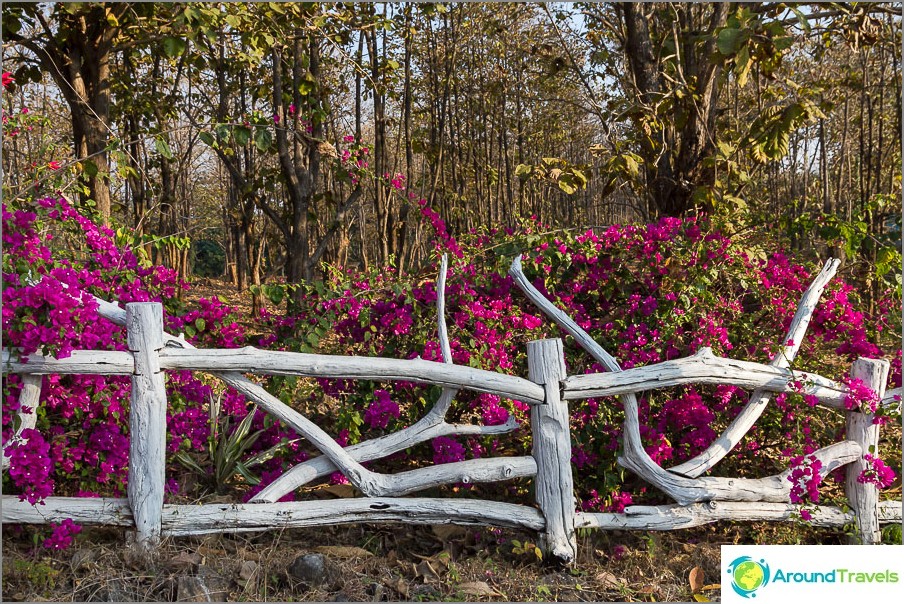 On the track here is such a beautiful fence 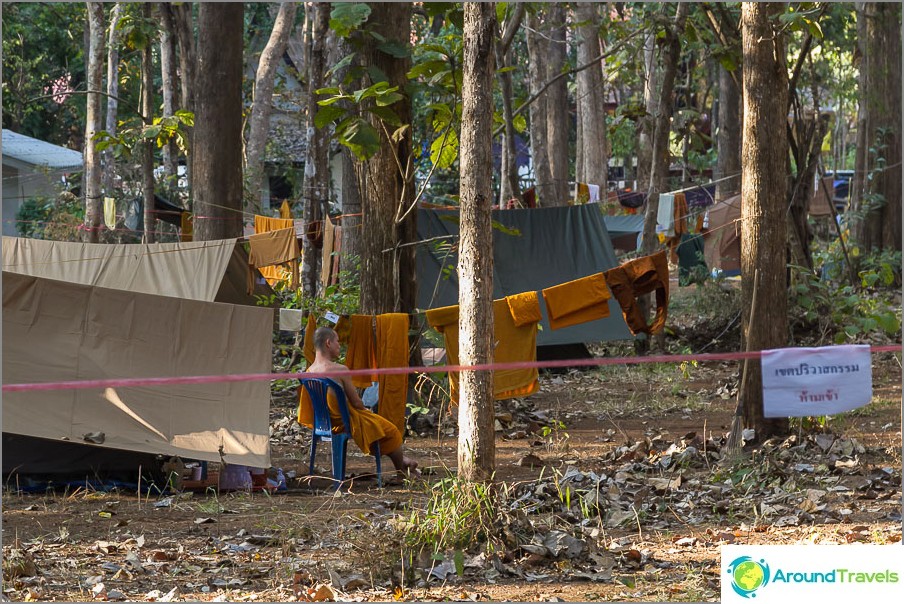 The waterfall itself is not remarkable in height or width. That is, it is relatively high, but divided into at least 3 separate cascades, and each of these cascades is also stepped, therefore, one cannot expect a high water fall. So what's so interesting then?

The answer is - calcite deposits forming notsliding surface, which makes it possible to walk along the river up and down without much chance to slip. This is what adults and children are doing: walking, climbing, frolicking, laughing, splashing. In general, fun there at the waterfall! Sometimes almost a race arrange. Well, besides games, the appearance of the waterfall itself is not very familiar to the Russian eye. 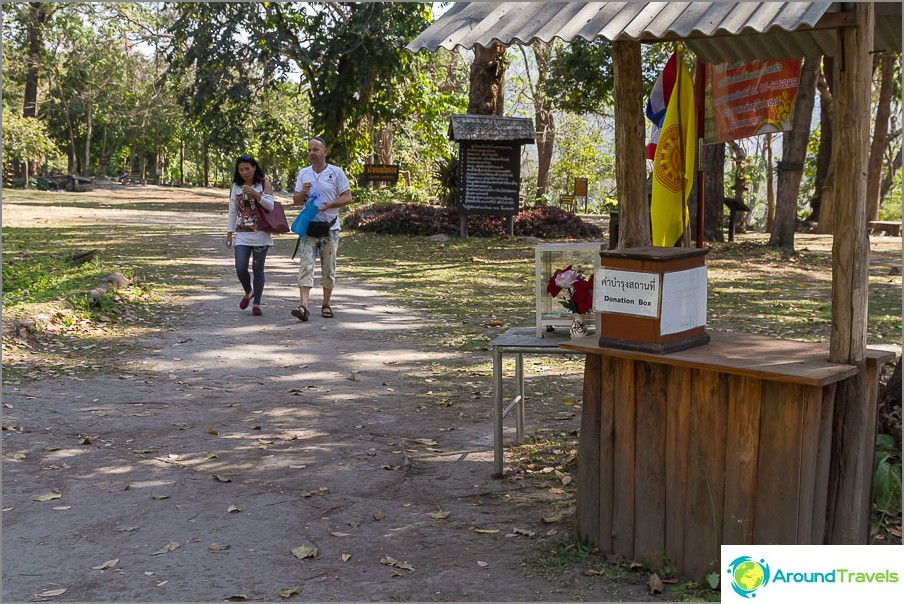 The entrance to the Buatong Falls is conditionally free, donation 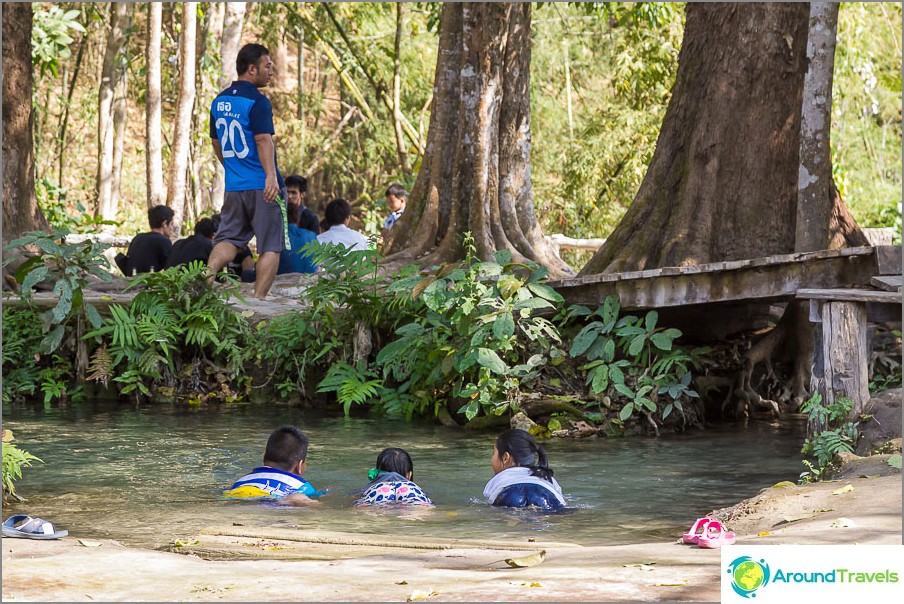 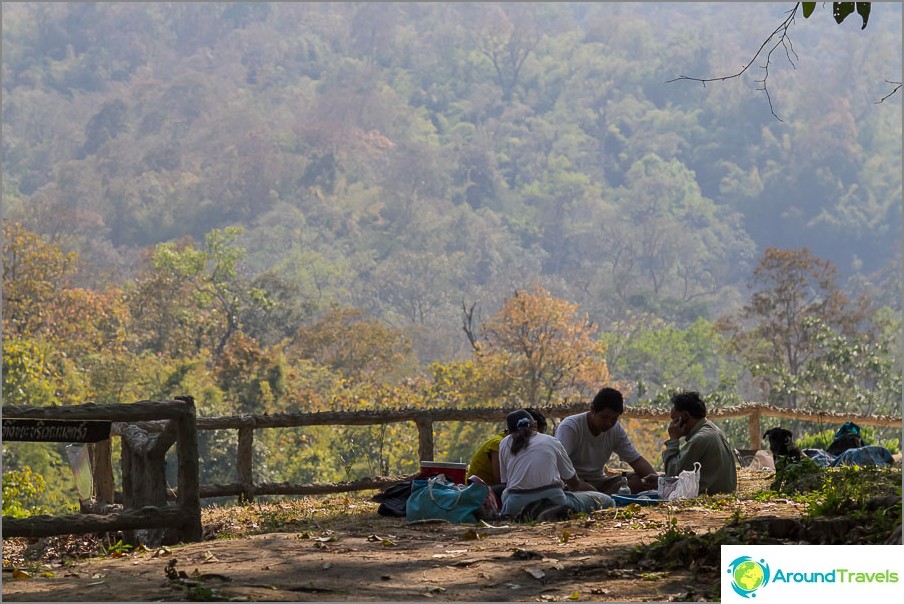 Why not a place for family picnics? 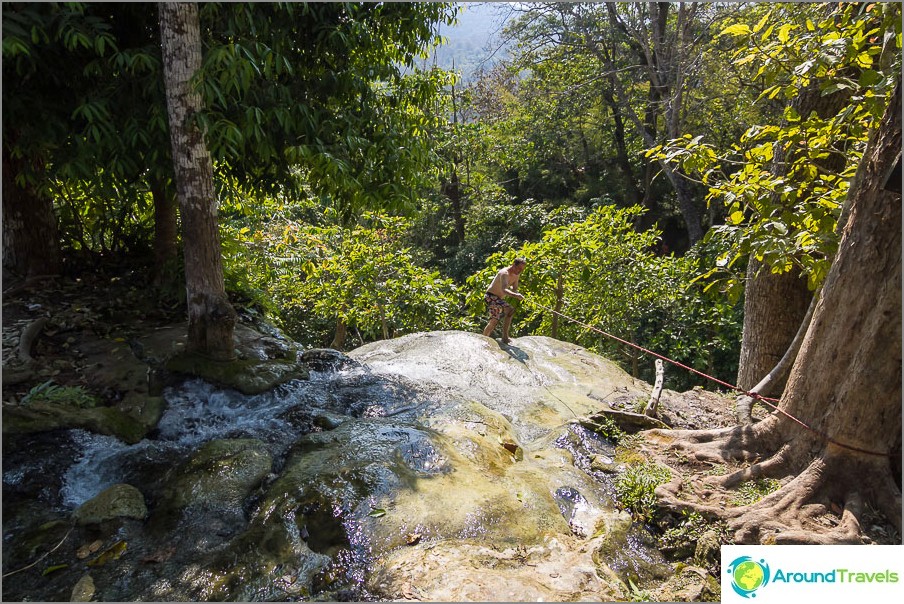 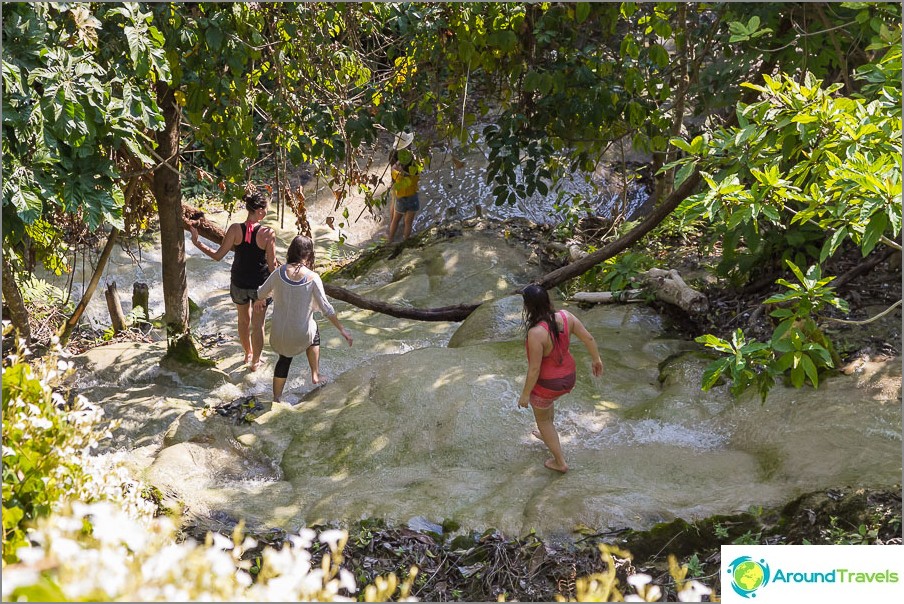 Surface allows you to walk up and down 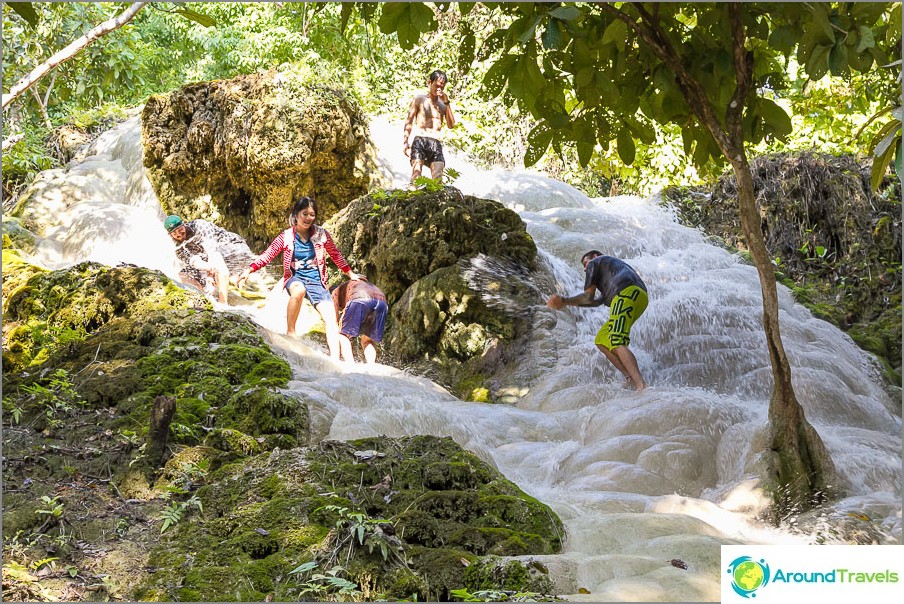 Some run and splash 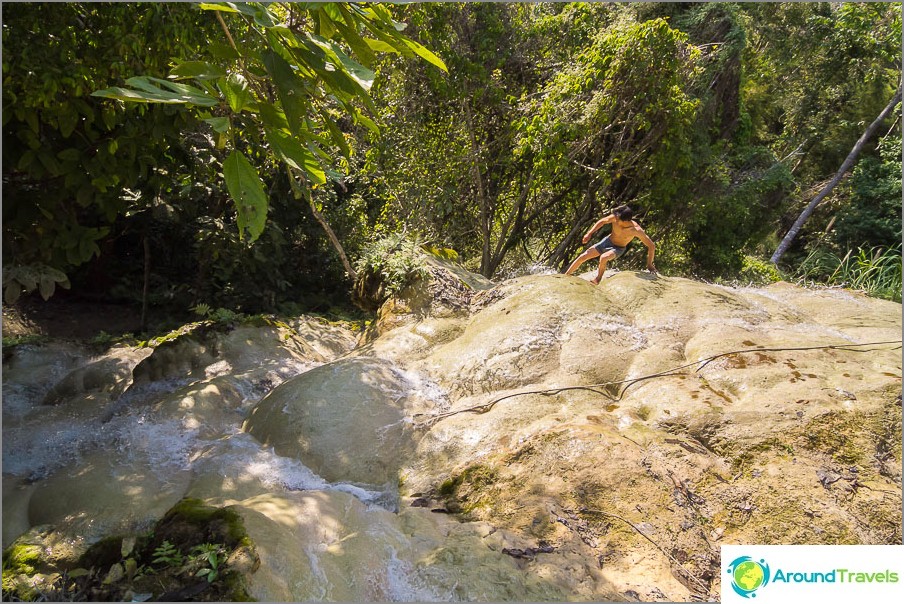 Climbers and there, and here 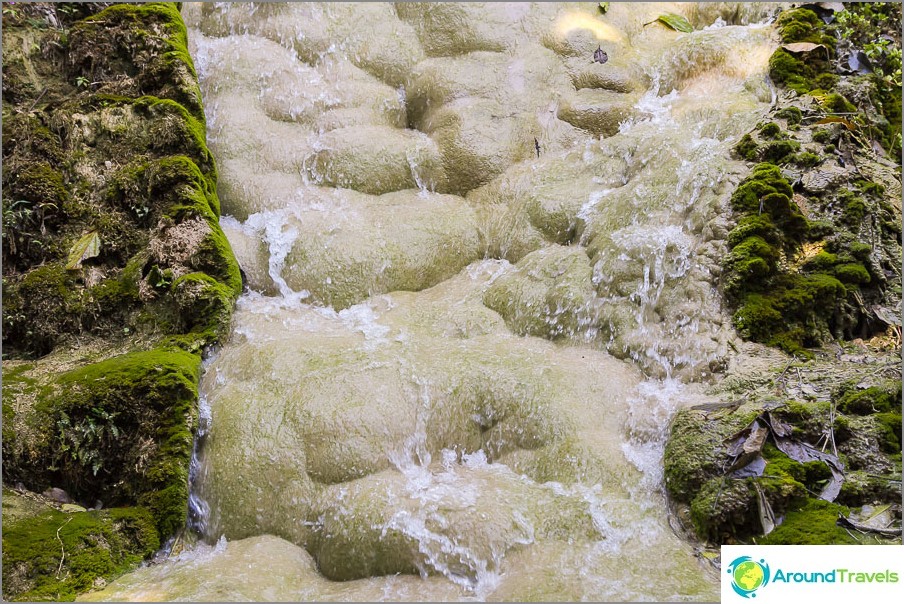 This is how the river bed and the waterfall look like 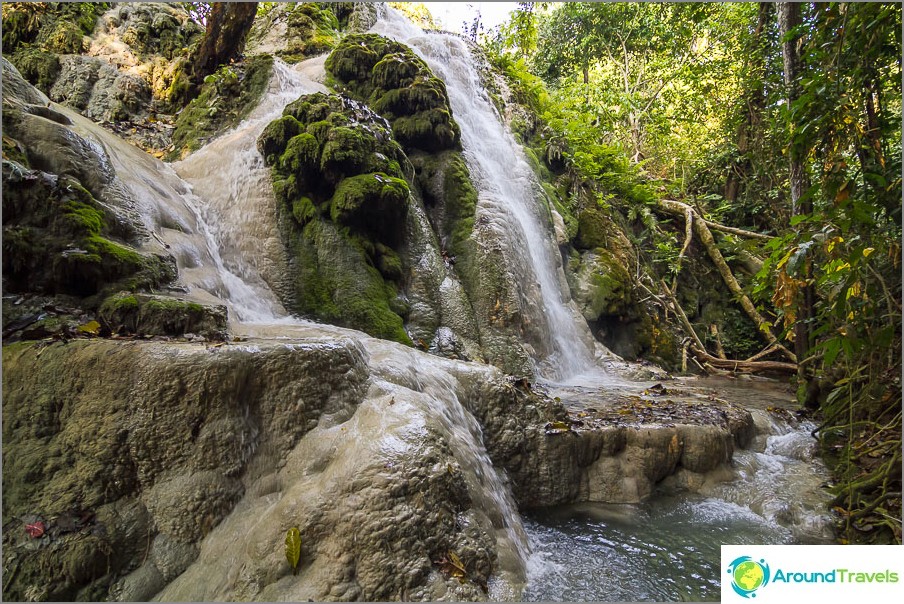 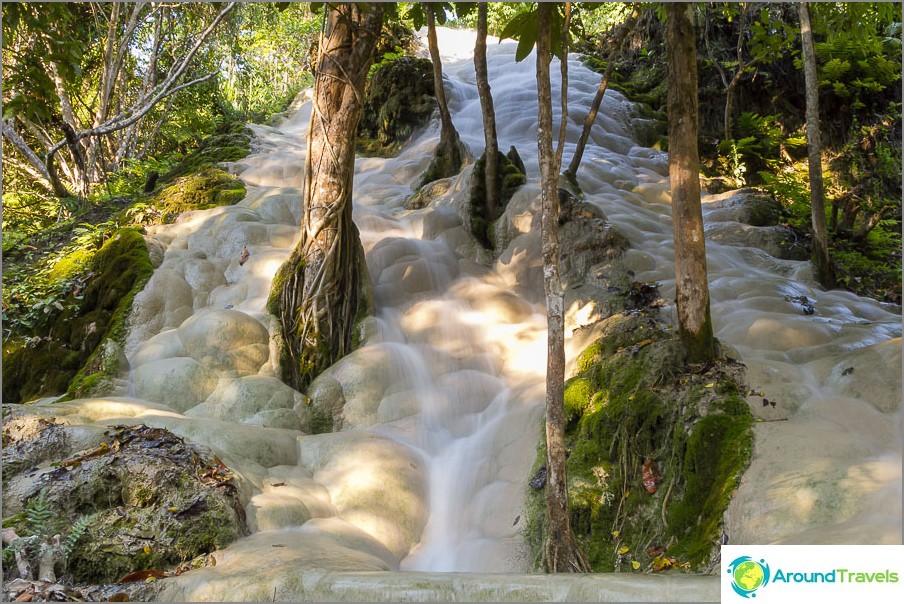 One of the Buatong Waterfall cascades 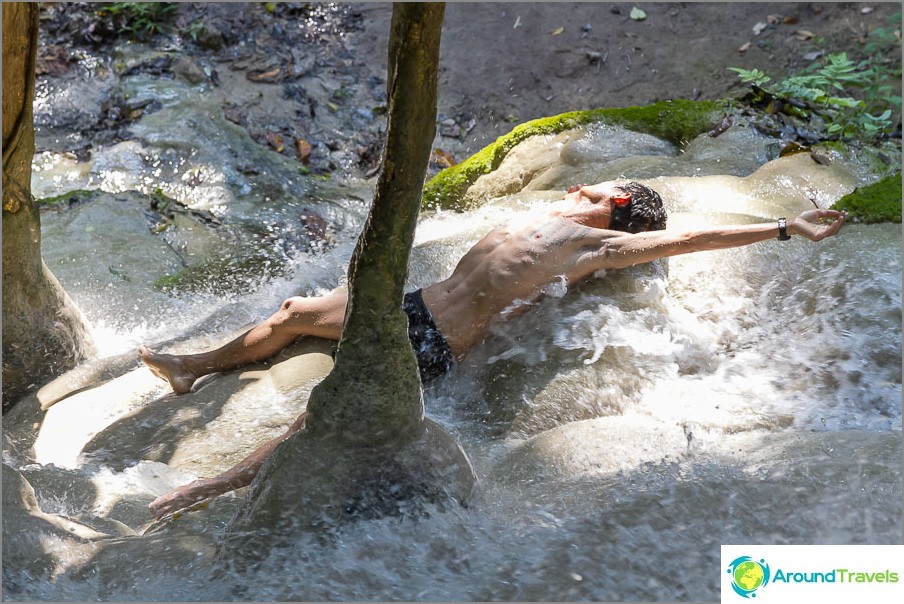 How not raskoryachishsya for photo

If you walk along the path to the other side ofwaterfall, then there is a holy spring, revered by local. Near it is a house for the spirits, and before you drink fresh water, you must pray. Water is extracted with a long-handled scoop, otherwise you just can't get it. 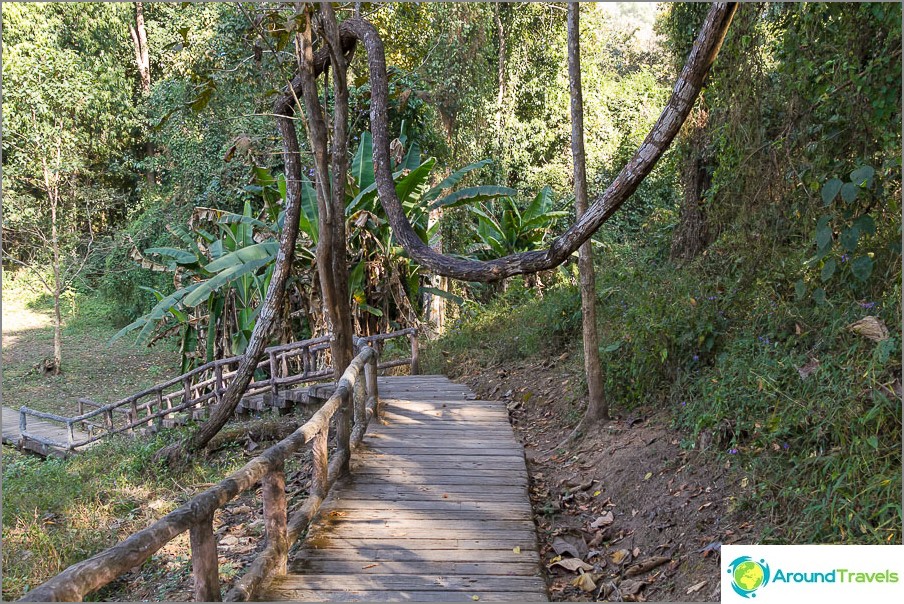 The path to the holy source 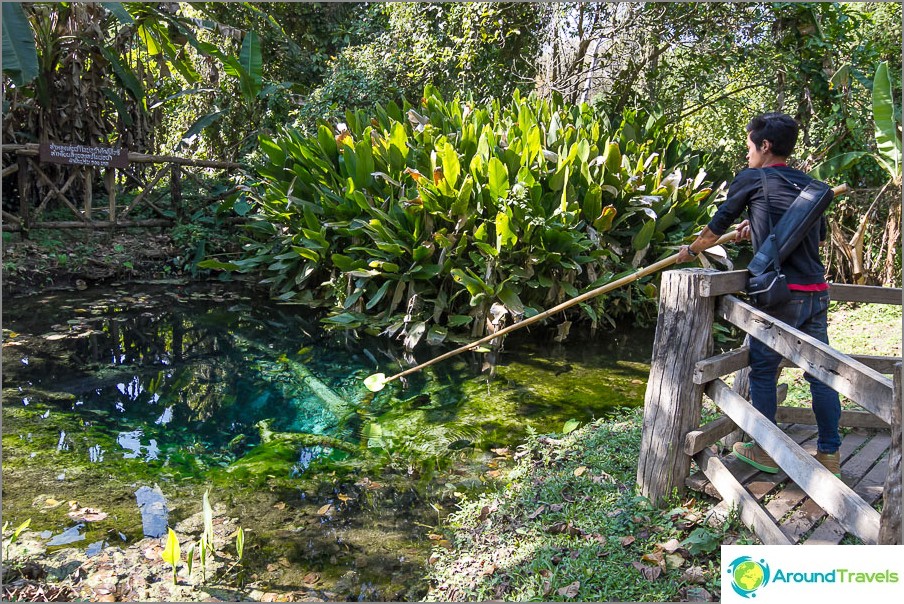 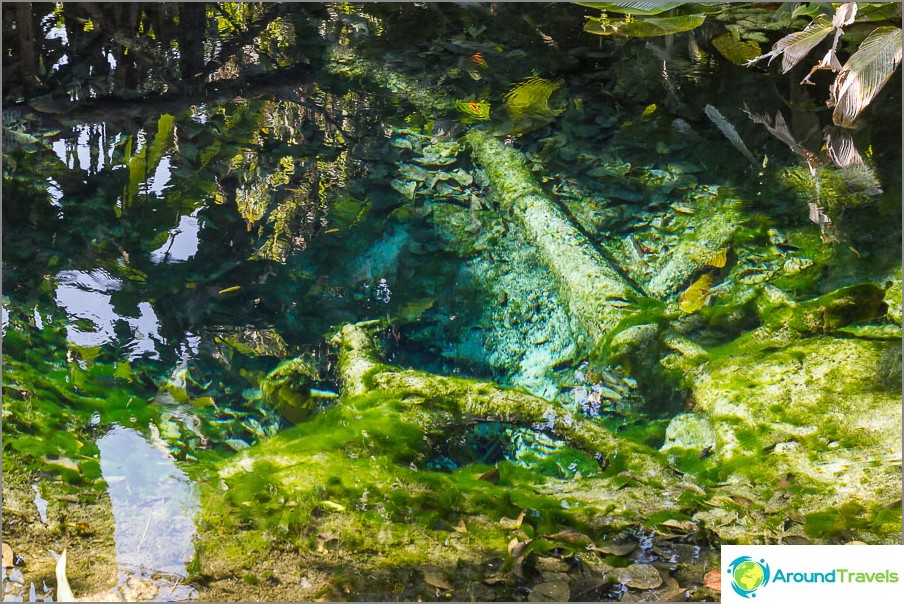 The source may be holy, but it has a peculiar appearance. 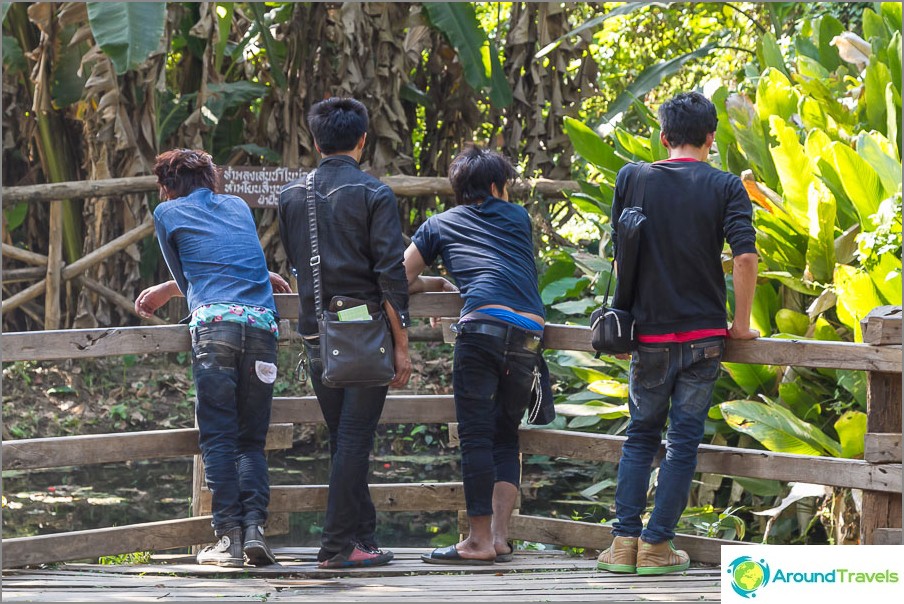 It is not difficult to get there, even there is nothing to tell. The dot on the map will tell about everything. It is north of Chiang Mai.

Buatong Waterfall (Buatong Waterfall)
Located in the national park, admission is free. Interesting calcite deposits, not popular among tourists.
Read about the waterfall 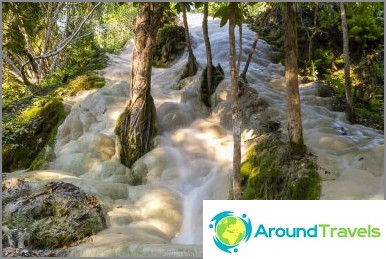 Located in the national park, admission is free. Interesting in calcite deposits, not popular among tourists. Read about the waterfall