Home>New articles>Cafe Imperial in Prague - boy, where are your parents?

Cafe Imperial in Prague - boy, where are your parents?

Restaurant with an unusually pretentious interior,located in a corner building in the tourist center of Prague. The first thing you immediately notice is tall ceilings, lots of glass, stucco molding, tiles and the royal scale of the room as a whole. Then I noticed a certain similarity with the Louvre cafe, which left quite positive impressions. But still…

I understand that there is a category of people whothey admire such interiors and feel themselves at ease, getting into such museums-restaurants, but, in my opinion, there is very little Czech here, and after all, you go to another country for national colors.

With all this, the Imperial is a restaurant fromnumbers of the best in Prague, recommendations for which can be found in most guidebooks in Russian. And not only in Russian, so there is always crowded here, and during rush hours you will have to stand in line. 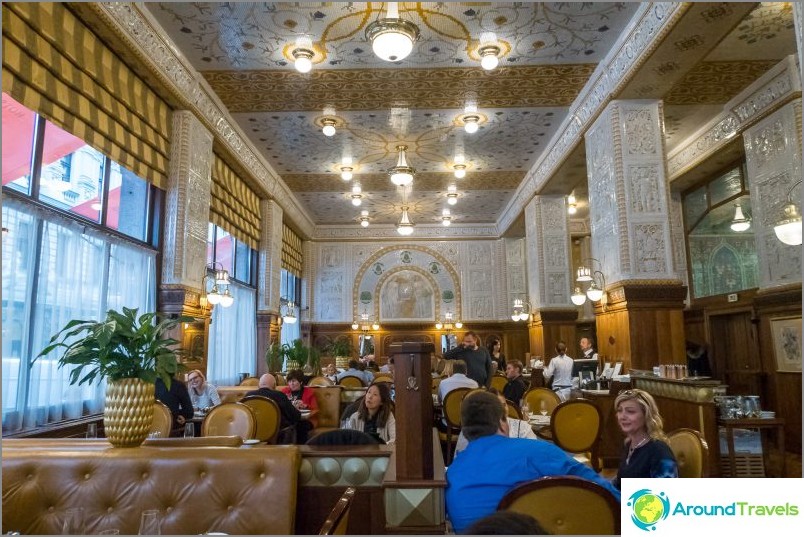 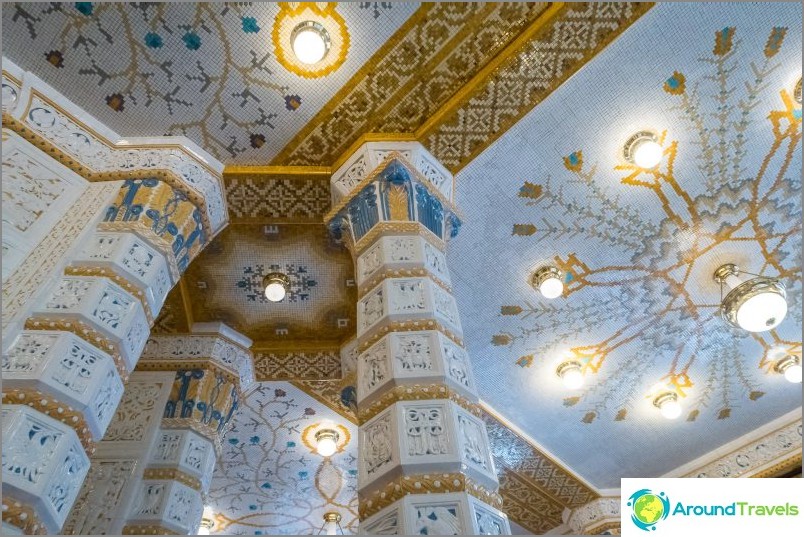 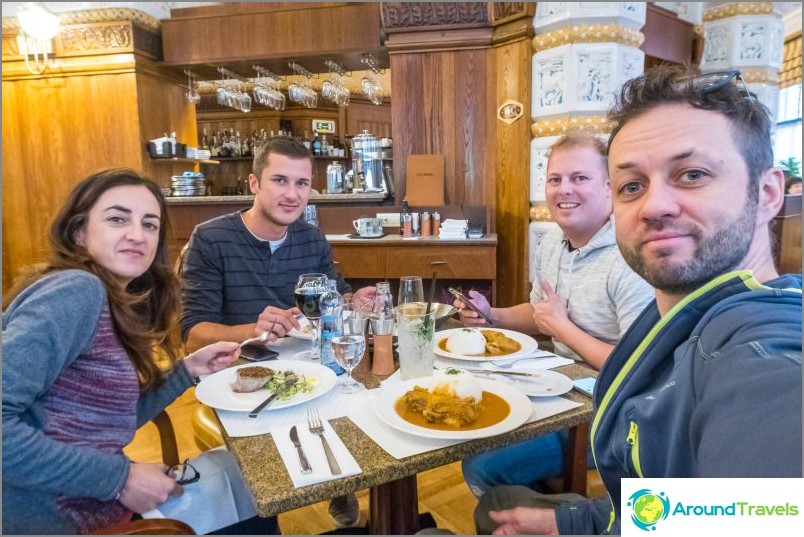 Online write that the Imperial - the old, very oldan institution with a century of history and an impressive list of celebrities who visited the restaurant at different times. Although personally, in my experience - the institution is lauded. The prices are above average, the quality of the dishes is ordinary, the interior has long been time to be refreshed, and the service charge is included in the receipt in addition to the order amount.

Well, on top of the picture of the scale of the universeImperiala, I have to add that in addition to the publicly accessible territory, the restaurant has three private rooms, a separate room with a bar and a hotel on the upper floors. 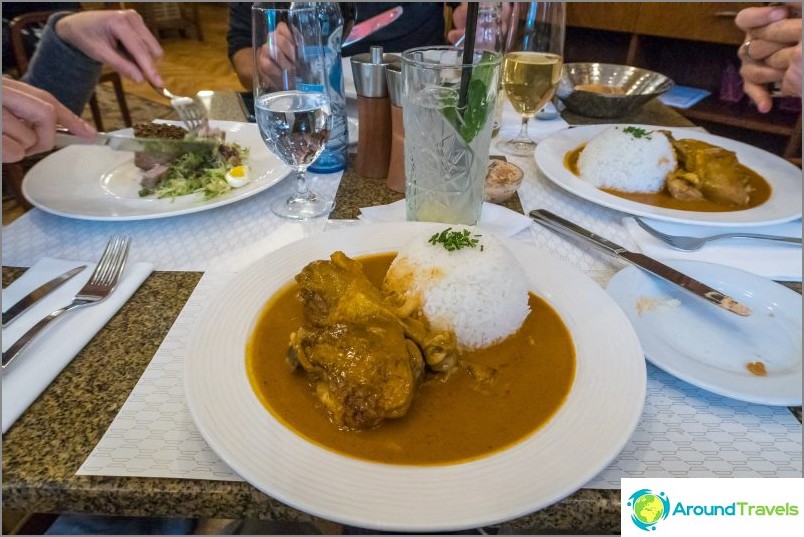 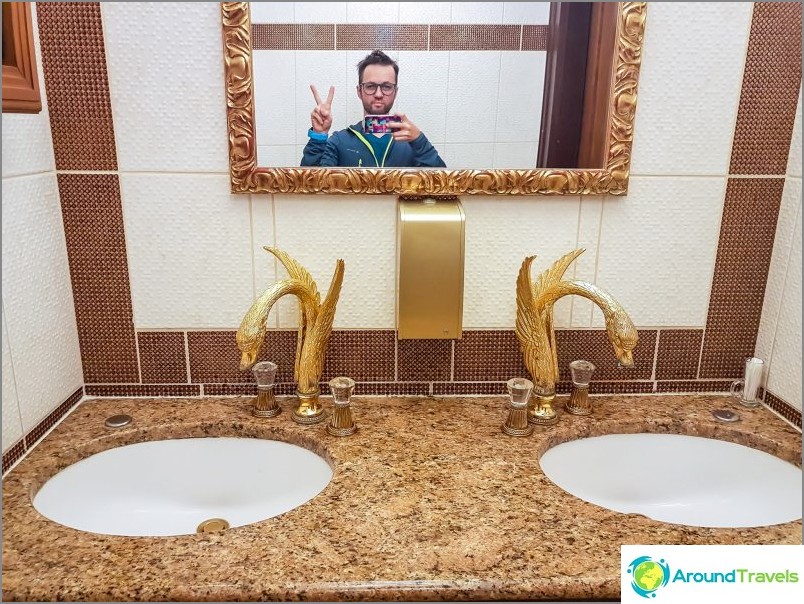 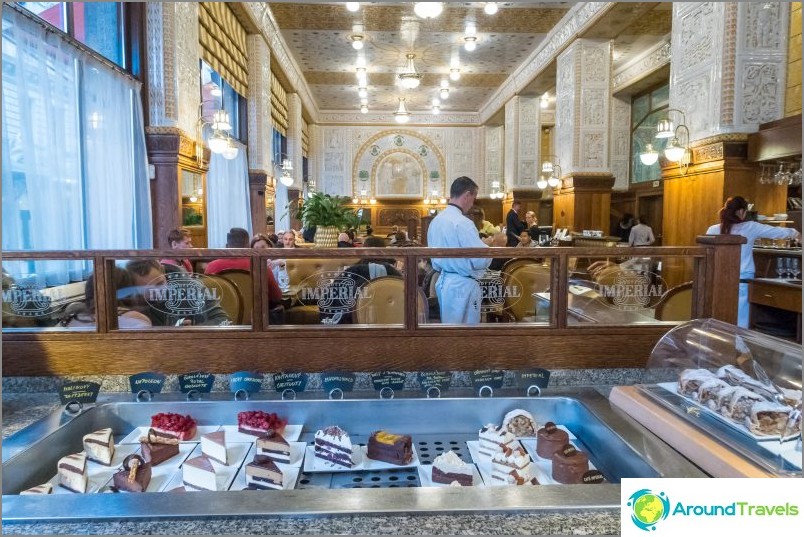 Breakfast - all the same buffet as in the main work time. 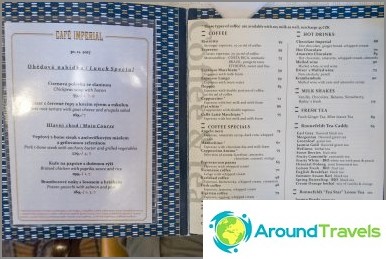 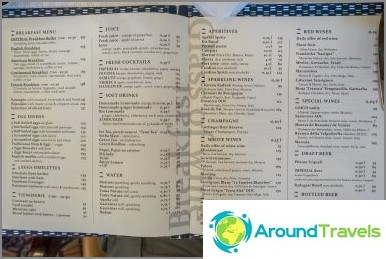 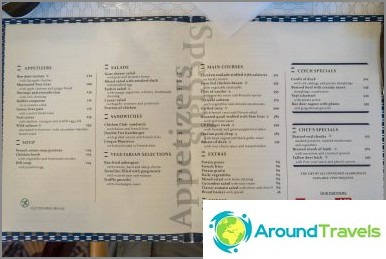 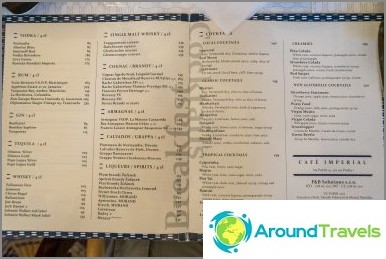 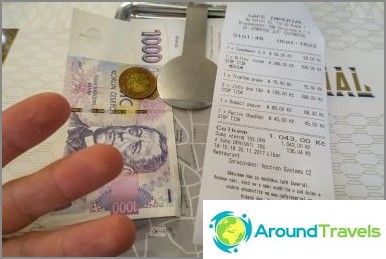 Cafe imperial
Everything is very tasty, quite fast service,polite service, there is a menu in Russian. Because of the Michelin Star on the doors, everything is not cheap, but the price / quality match. They offer dishes of both Czech cuisine and other European countries.
More about cafe. 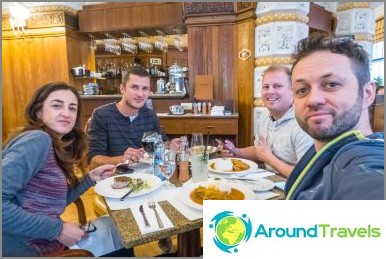 Everything is very tasty, quite fast service,polite service, there is a menu in Russian. Because of the Michelin Star on the doors, everything is not cheap, but the price / quality match. They offer dishes of both Czech cuisine and other European countries. More about the cafe.

Vytopna - a restaurant where beer is delivered by wagons