At the campsite in Asha I was already 3 times. The first time we came by the company and stood for a week and a half in Picnic Glade, the second time we came with my wife and were camping Bereg (I really wanted to set up a tent right on the beach), the third time I also came to Bereg. During the peak season, there are quite a few people there and it will not be a choice, but at the beginning of summer and autumn you can get up anywhere. But about everything in order.

This campsite will take you first. In principle, you can stay here. It is a fairly large two meadows between the highway and the railway line. The territory with the trees is the shadow, but it is not a forest. That is, if there are a lot of people, it is not a fact that there will be a shadow. There are also parking along the river, you can also stand there. It is forbidden to make bonfires, take the burner The amenities - toilet, shower, shop, cafe, volleyball court.

Camping owners, frankly, so-so,service too. Photos taken at the end of the season, when there are almost no people. Keep in mind that most campgrounds, which are near a coast of the Black Sea during the season, are sold out, this is no exception. And since the trees are not closed the whole glade, you will have to stand in the sun. 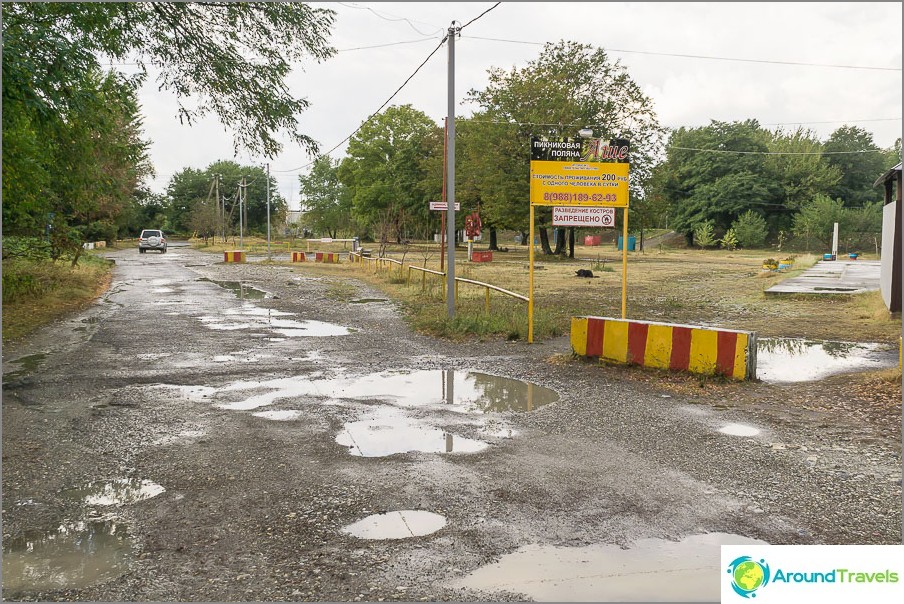 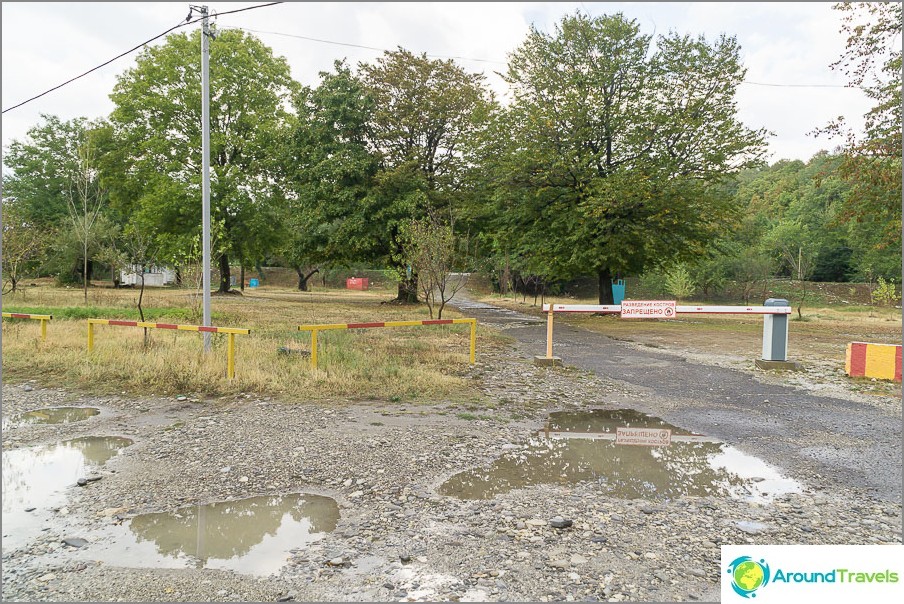 And this campsite is located directly oncoast between the sea and the line of the railway. The camping area is quite small, so it can accommodate a very small number of tourists. With a shadow, too, it is not thick, just a few trees and everything, so in the summer you shouldn’t count on them, people stand right on the shore, building a shadow of awnings. Of the amenities: toilet, shower, Wifi, small shop. If the noise from the railway strains you, and the piece of iron there is just 10 meters away from the tents (but there are few trains at night), then it is better to stop at Picnic’s Meadow, you can get out of the way. But, too, the noise will interfere if you are sensitive to such things.

Near the campsite flows into the sea river. Someone prefers to swim in it after the salty sea water, someone is afraid of the sewage treatment plants that are nearby.

Here a little better and more pleasant than the previous one,but again, due to the large number of people in a season, there may be a specific tin. Keep this in mind, and do not expect to stand alone. Plus, the music from the cafe comes from time to time. 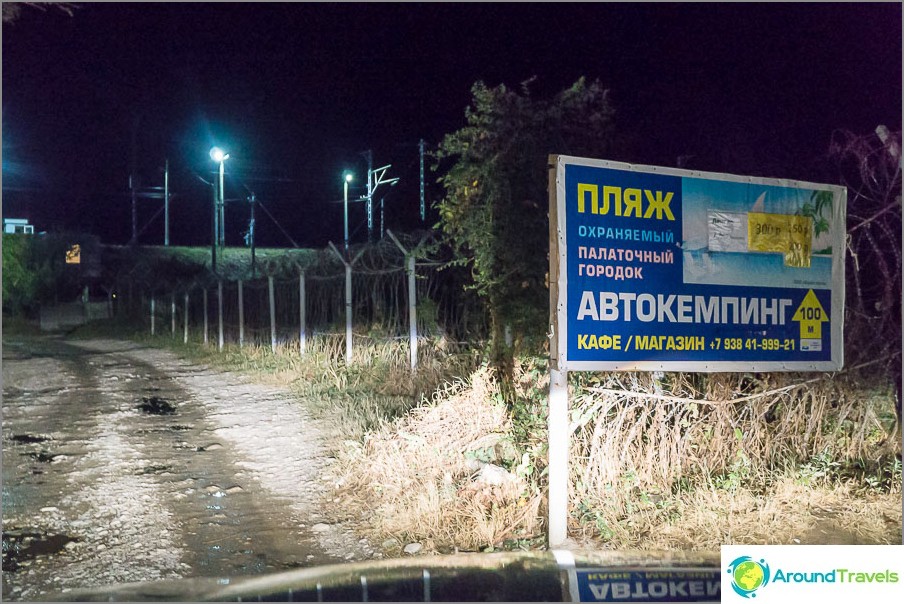 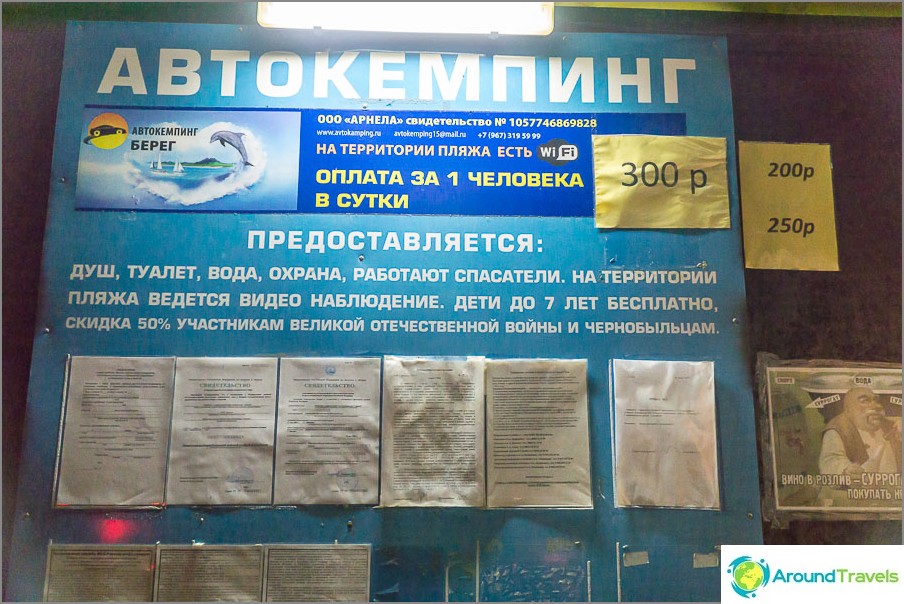 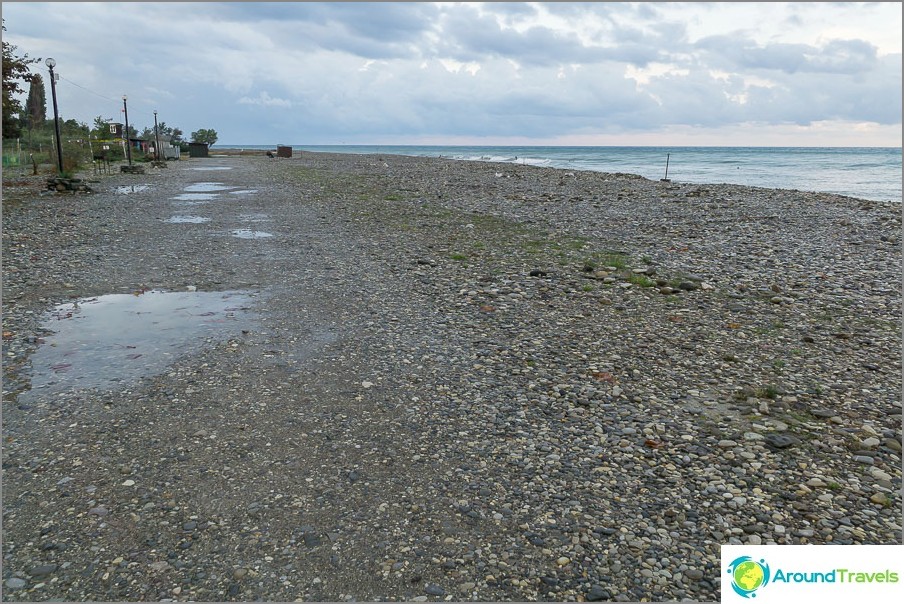 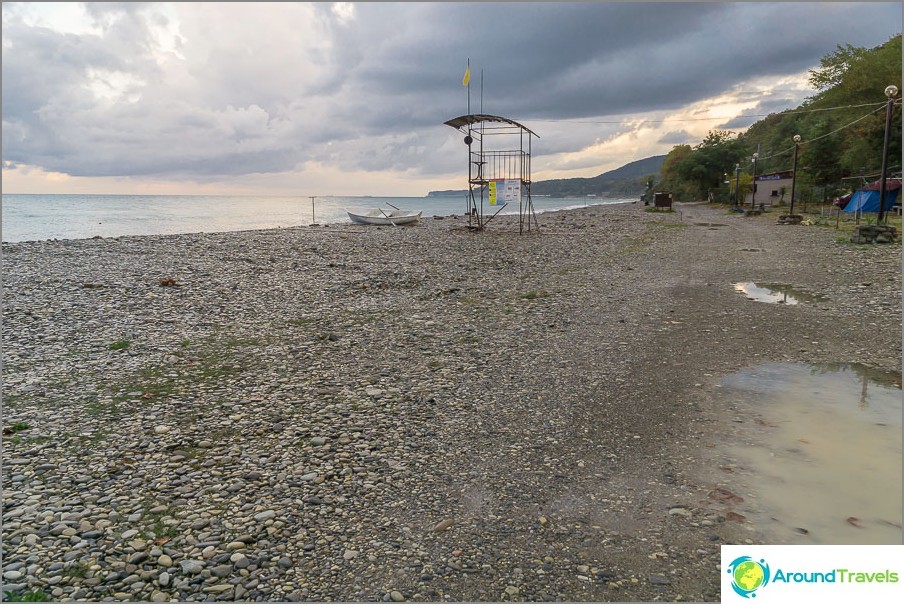 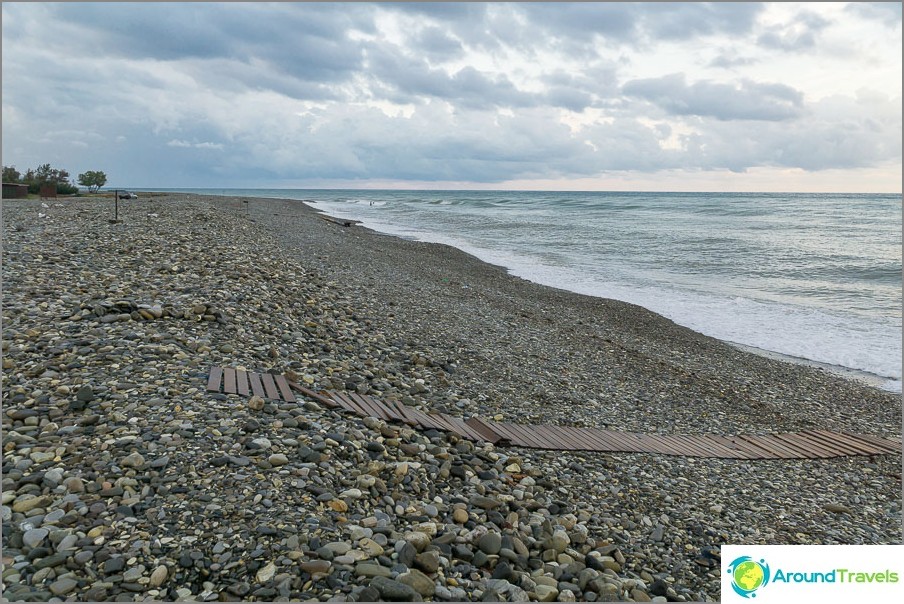 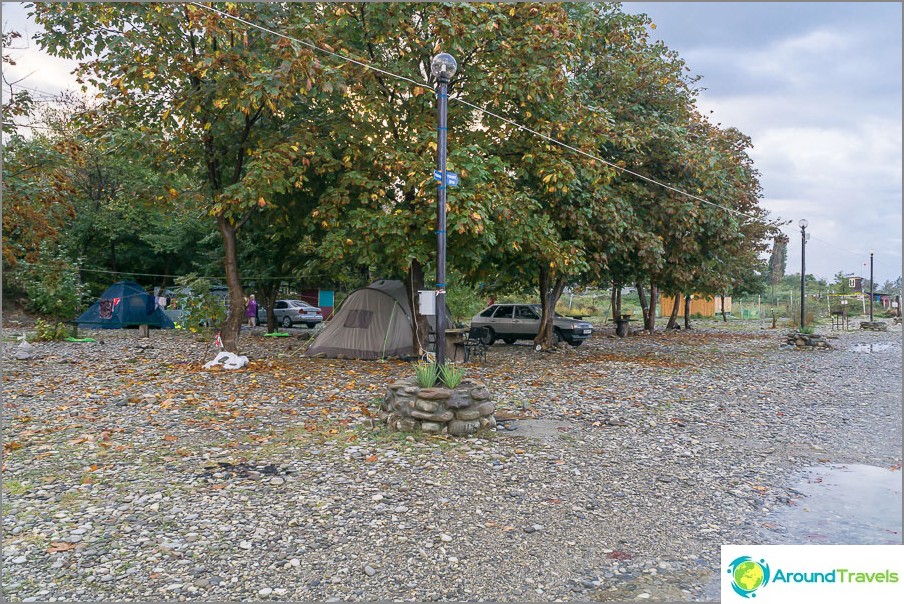 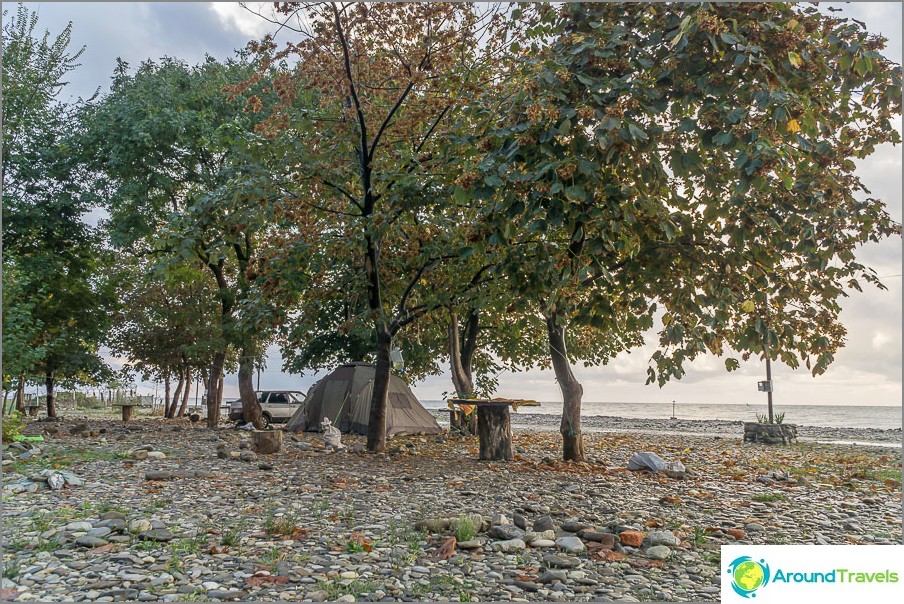 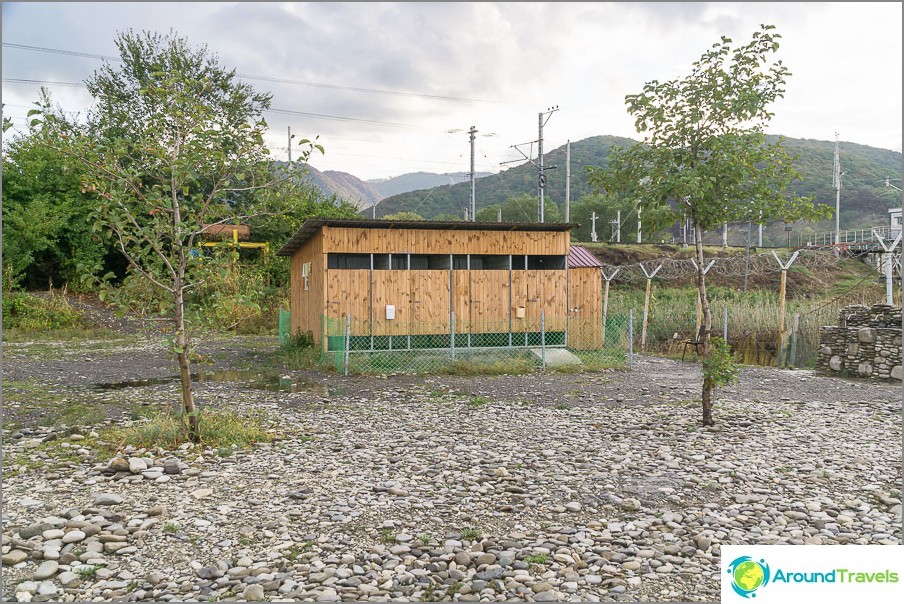 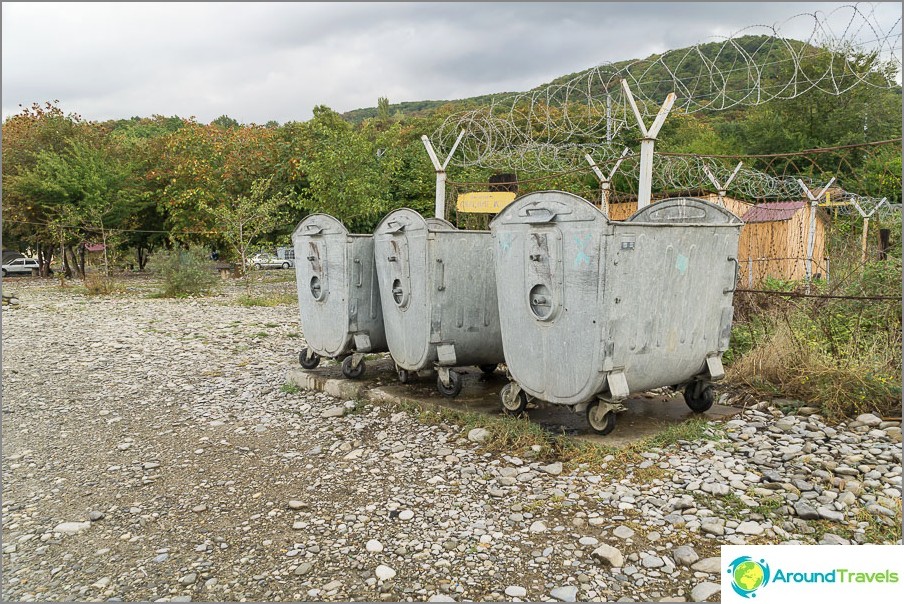 Getting to these campsites is not difficult, mycard to help you. It marked Camping Coast. If you go from the direction of Tuapse, then you need to be 500 meters to the bridge over the river, turn right and go parallel to the route, these same 500 meters and then go even further to the right to the campsite. Picnic Glade will be right away, and if you need a Shore, you need not leaving to move to the railway, cross it under the bridge and go directly to the shore, this is camping.

Camping in Asha
Camping is located right on the beach and near the river. Minus - near the railway line.
Read more

Camping is located right on the beach and near the river. Minus - near the railway branch. In more detail

P.S. There is camping Astra, located across the river from the shore. Similarly, on the shore. But there the place is more noisy, since the village of Ashe is already near and the music is playing in the coastal cafes. But modern toilets (toilets), hot shower.

Mickey-Mickey - children's cafe on Samui on ...

As I went to Moscow and positively negative ...