I usually do not write such reviews (but there’s noresist), so in brief. It was necessary for me to spend the night in Kabardinka recently, I didn’t want to stand near the highway, but go to the campsite in order to decorously get the burner, to bungle dinner, to sit and have a look at the sea and fall asleep early. Civilization wanted. Good on the map, the campsite was marked and bordered by the sea, and the description on the local tour sites was good. In fact, it was not so rosy.

Camping, indeed, near the sea. And this is where all its advantages come to an end. There was a feeling that you are in the territory of an abandoned construction site, but there are still not enough workers, or in some kind of industrial zone. I thought I was picking on me, since people who were resting there at the moment told me that they said that it was a good place to stay. But I read fluently reviews from real people, and not beautiful descriptions, and I realized that this situation did not bother me alone. Moreover, they didn’t really clean them even during the season (I was at the beginning of October), and when you ask the administration directly about it. Plus, they also steal cars, there have been cases. It turns out that in fact you pay money only for the toilet and shower, because everything else is so-so.

The garbage was not straight very much after all, thereforeI could not at first understand where the unpleasant impressions came from. Then I went camping and understood. Very few tables and benches, and those that are made of materials "from the garbage," they found, from this blind. On the territory are two unpleasant views of an unfinished building with gaping windows, and they have been standing for a very long time already. There are some scraps of rope, a tire, a lot of cigarette butts on the grass, and a territory that is surrounded by a leaning rusty fence. And the unfinished buildings (I did not understand what it is, perhaps under the delivery) look very neglected. How you can enjoy the closeness to nature and relax the soul, it is not clear to me. Straight it was felt that here everything was done, with the attitude of "People, and so it is." Some time ago I wrote a separate post about service in our south. 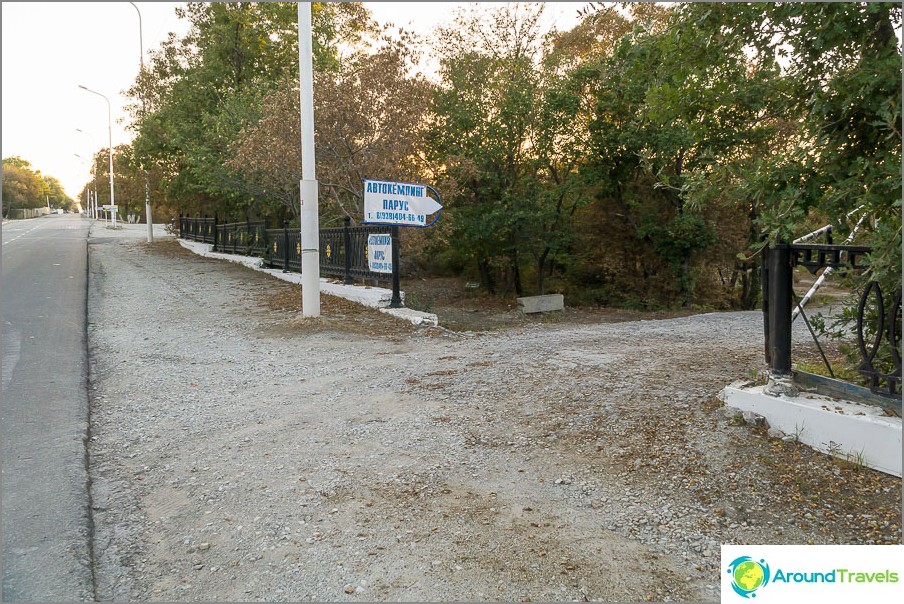 Turn from the road to the Camping Sail, the barrier is closed at night 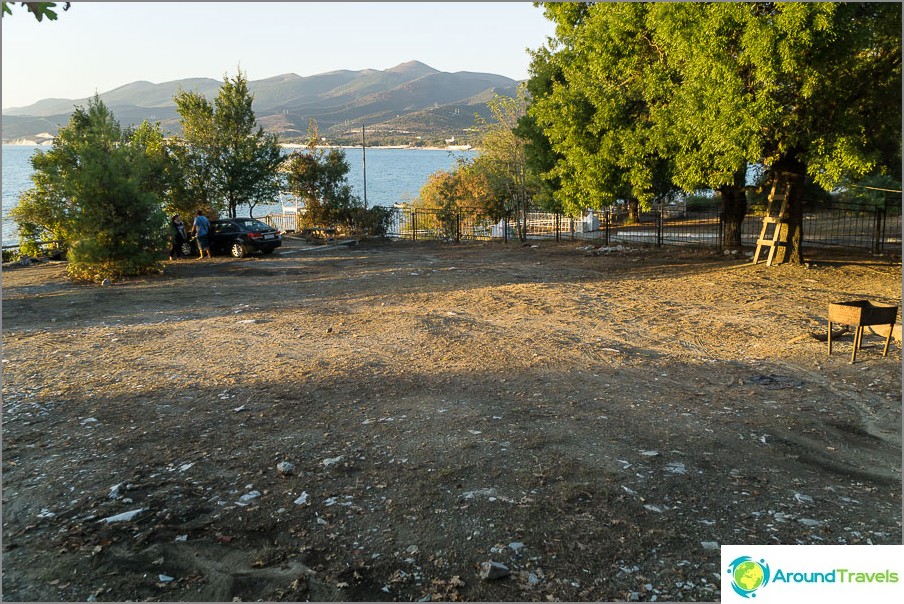 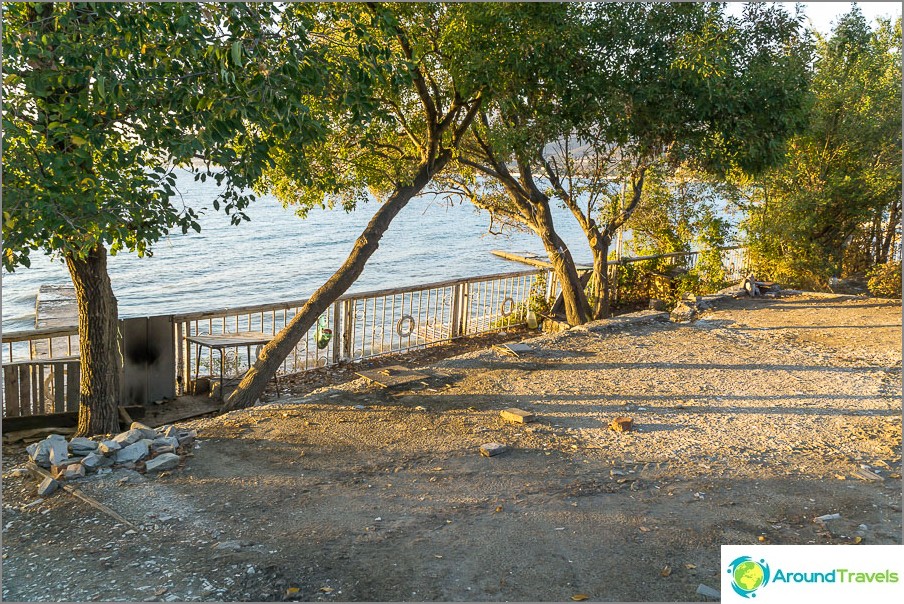 Camping Sail is bordered by the sea 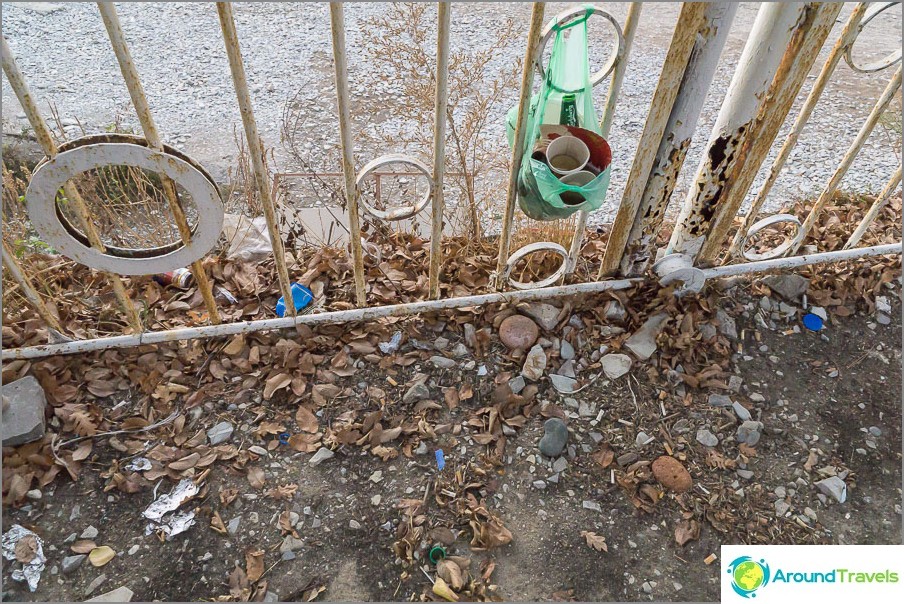 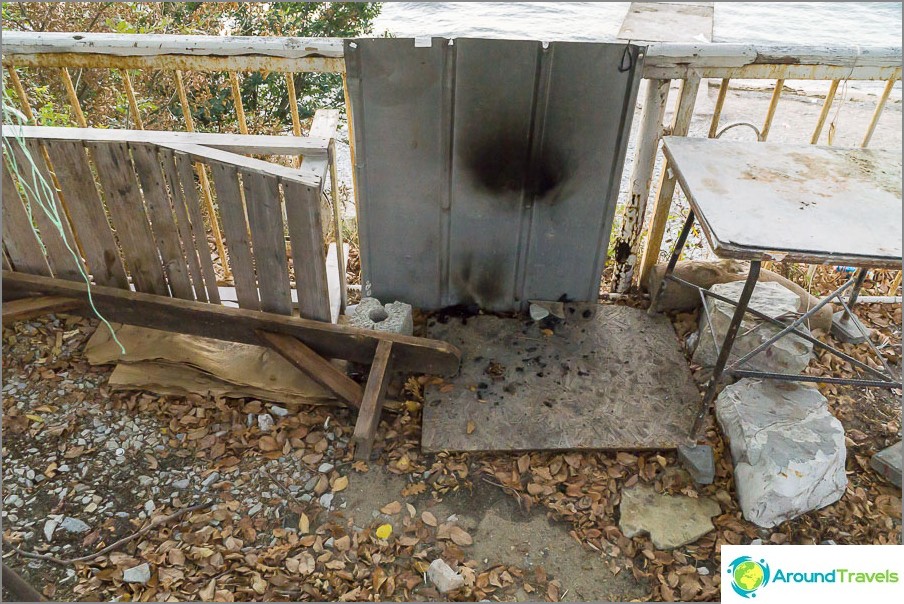 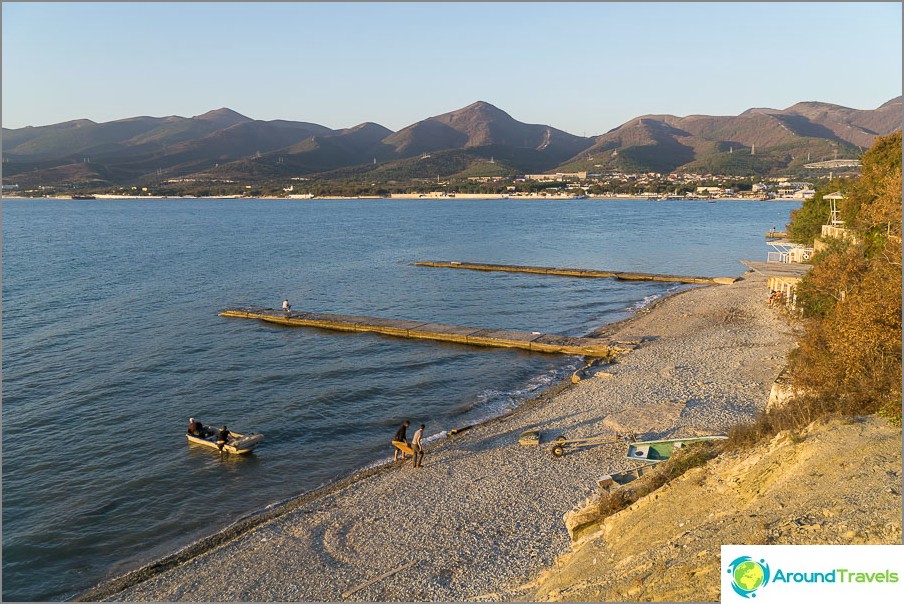 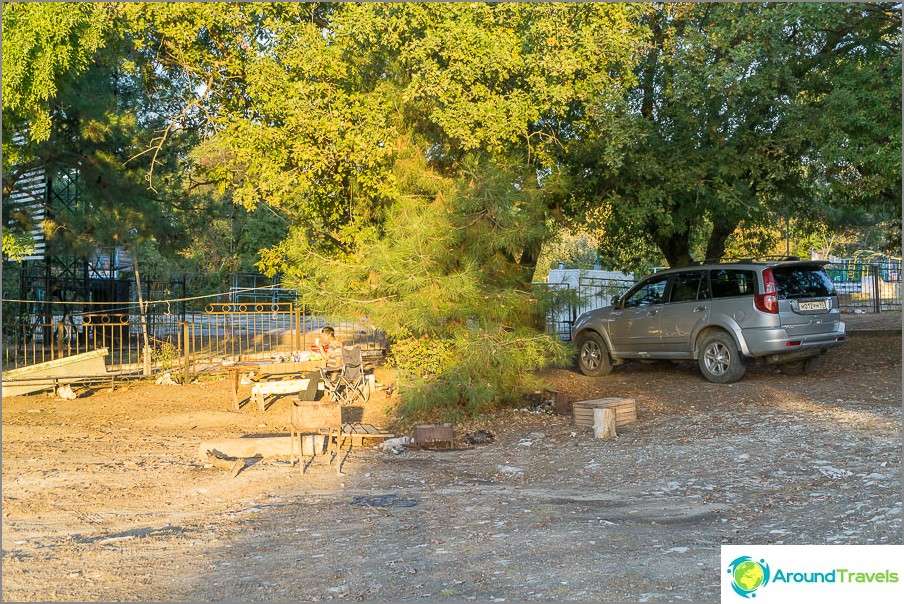 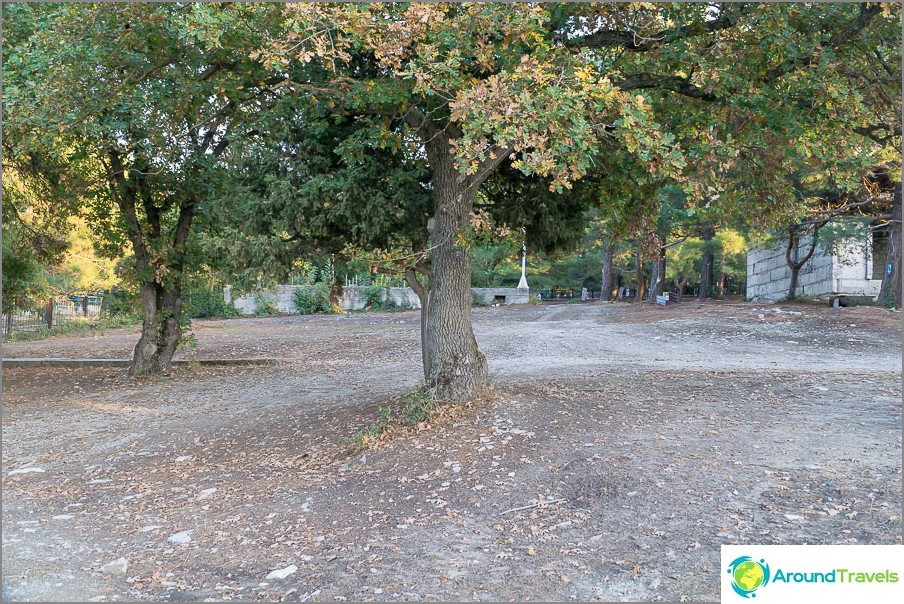 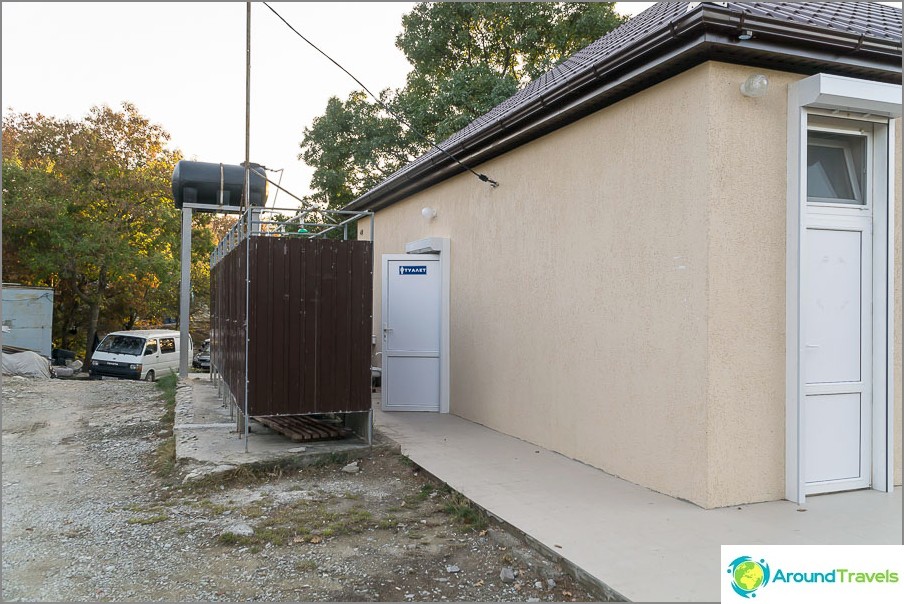 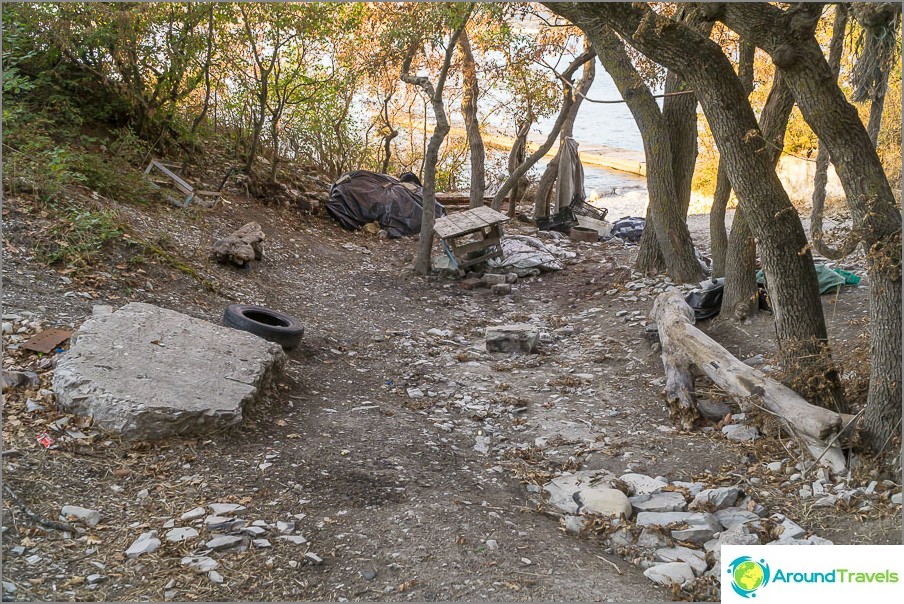 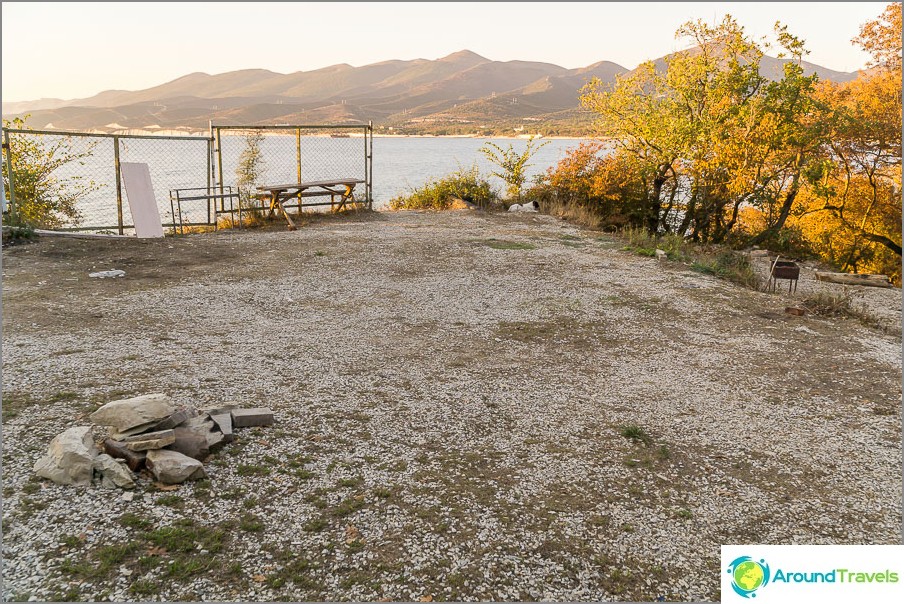 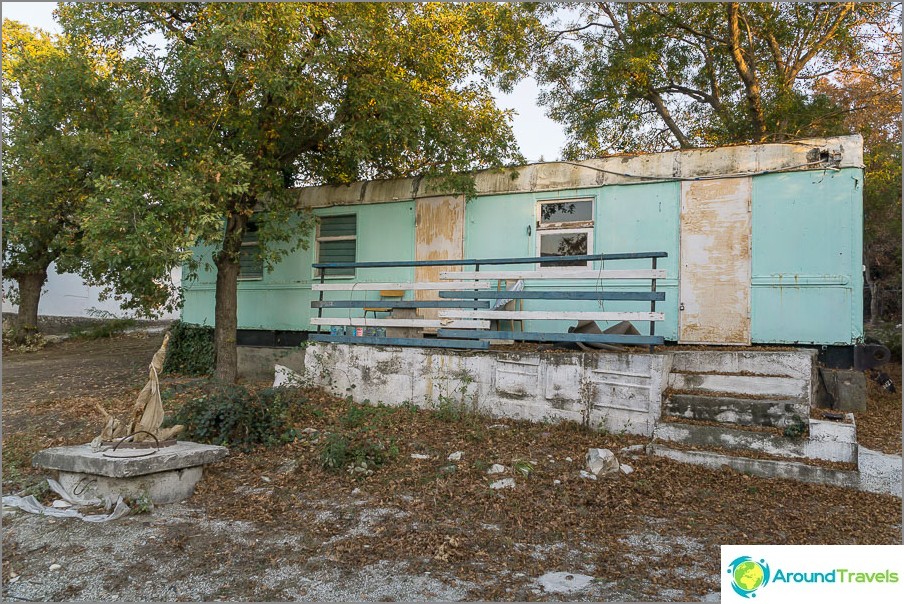 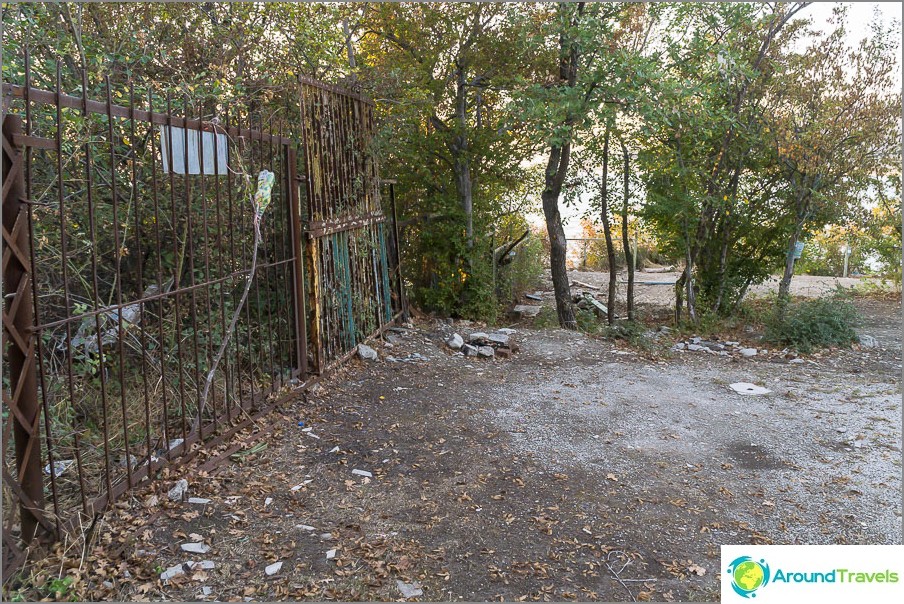 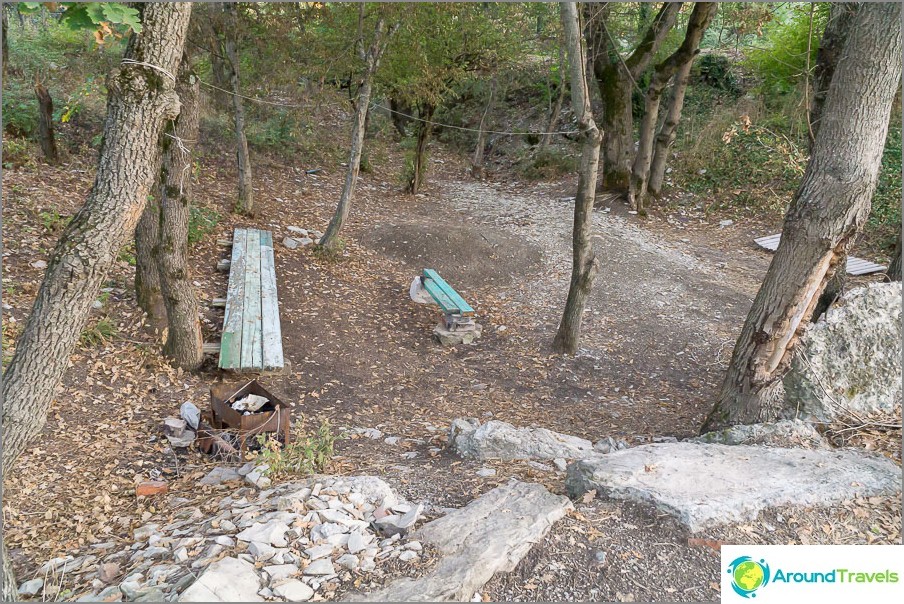 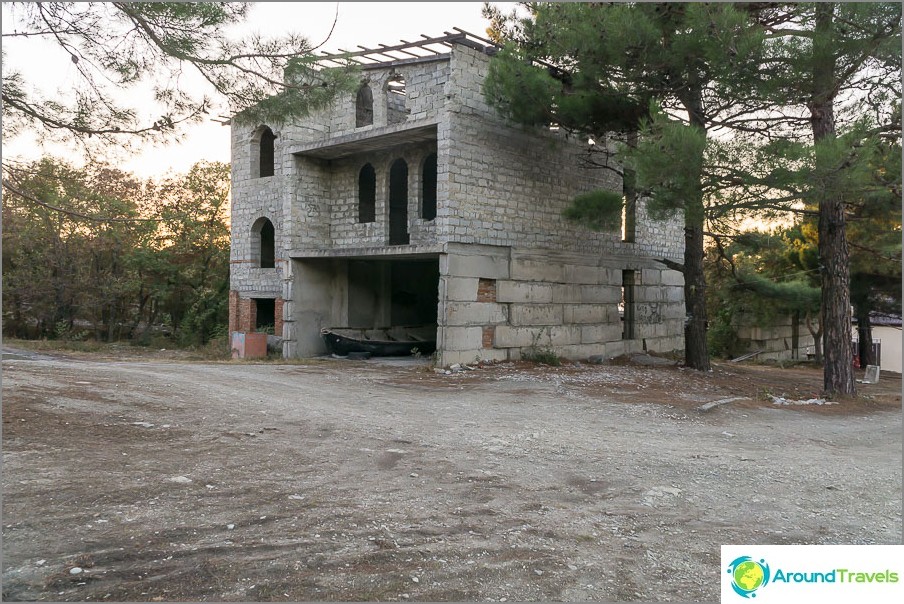 Camping, though near the sea, is located onhigh coast, that is, the sea must go down. The coast there is quite low and from the campsite they lead down the paths, and there is also an asphalt road and steps along the edge, you can walk along it, although there is no particular difference. Near the camping there is a playground. 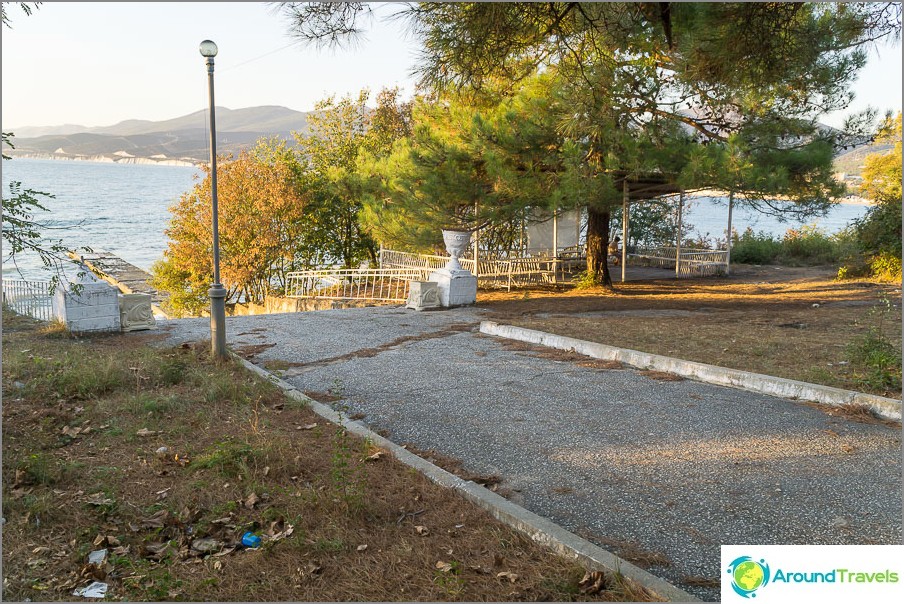 Civilized descent to the sea next door 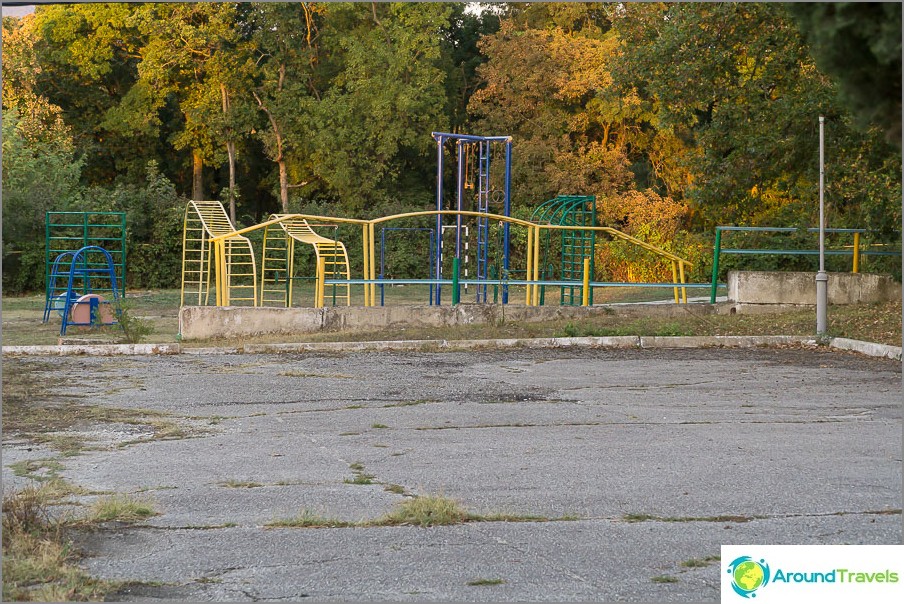 Children's playground near the campsite

In principle, it was possible to stay, and people werevery little (October is the same), neighboring campgrounds were closed altogether, but the sense of justice did not allow us to give money for “this”, therefore I went and just got up near the road, it turned out about the same thing, only for free and without this atmosphere It was). I just need to sleep (I arrived in the evening, I left in the morning), and I still slept in the car and did not put up a tent for the night.

You do not have to pay for the tent.

Camping Sail
Camping is located in Kabardinka on the seashore. And these are all its advantages.
Read more

Camping is located in Kabardinka on the seashore. And these are all its advantages. In more detail

Life and recreation in Georgia - prices, ...