Thailand's second largest city after itsThe capital is the most beautiful and ancient city of the northern province of the same name - Chiang Mai (Chiang Mai), which in Russian sounds like a "new fortress". The city, founded in the 13th century as the capital of the then independent kingdom of Lang, is located among the mountains - Doi Inthanon and Doi Suthep.

Today, despite the accelerated industrial development and a relatively short distance from it to the current capital, the city still retains its old-world charm.

First of all, this is due to the developmentprivate craft industry, among which the leading place is occupied by its exclusive appearance - green ceramics. In addition, local artisans produce the most unique silverware, lacquer miniatures, hand-painted paper umbrellas and much more.

The primordial spirit of Chiang Mai is given by the exotic tribes that inhabit it, which have preserved the traditional tribal way of life.

In addition, there is a large number (about three hundred) of ancient Buddhist temples (Vatas) and other historical monuments. Here are some of them: 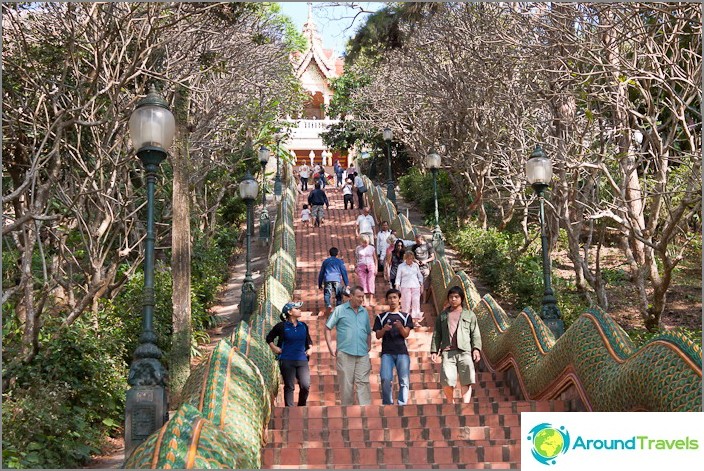 Staircase to the temple of Wat Doi Suthep

All this together with the hospitable hospitality of the locals, exotic cuisine and colorful holidays and festivals make the city a cherished goal for tourists from all over the world.
Here I would like to dwell a bit on the consideration of festivals that take place in the city on a regular basis. It: 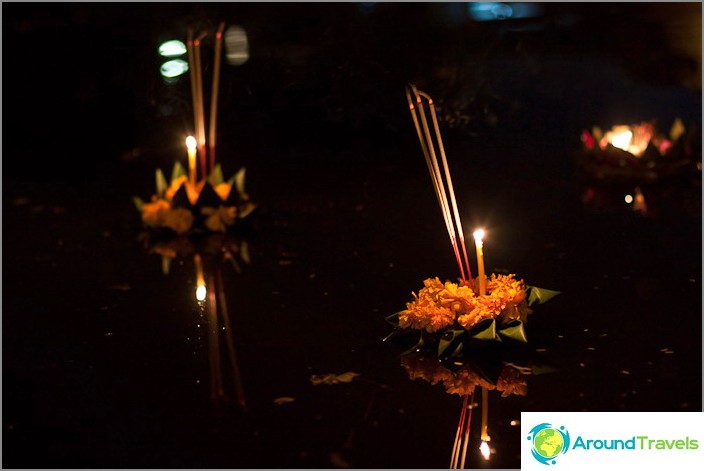 Kratong float on the water, taking away all the troubles away 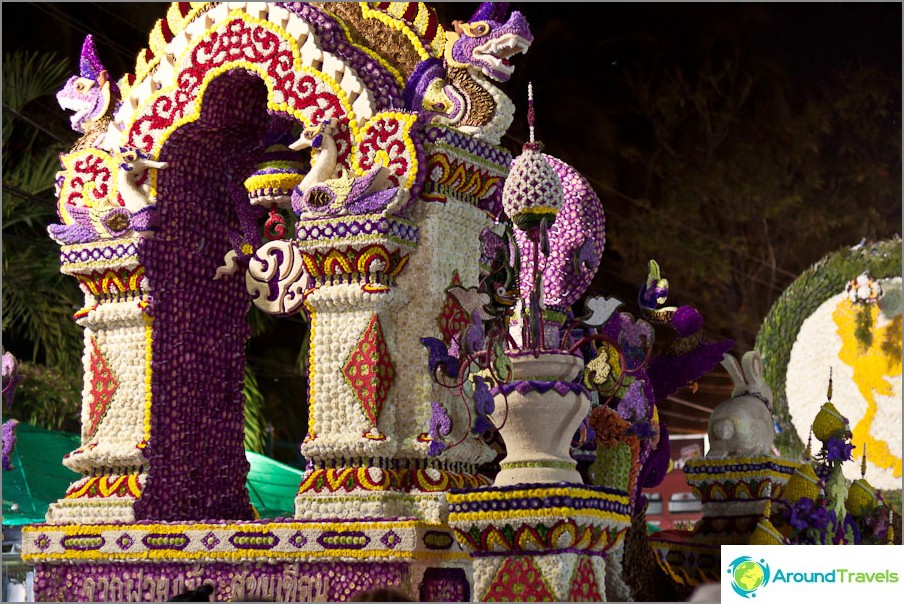 Having been to Chiang Mai once, it is impossible not tofall in love! Yes, there is no sea, but this is even a plus, as there are no package tourists here yet, and the atmosphere here is special, not at all touristy and without the smell of money.

If you are going to visit Chiang Mai and are looking for accommodation, I remind you that we have Chiang Mai's 22 guesthouses overview. Or you can search and book a hotel in Chiang Mai on the service RoomGuru.

Holidays in Thailand - Loy Krathong and ...