Chinese temple on Phangan - temple complex with a bunch of gods

Between themselves, Copangana call it Chinese.The temple, on Google maps, it also appears as the Chinese Temple, but there is one local feature of this temple complex and it is this: the Thais like to gather all the gods in a heap. Of course, there are purely Buddhist, purely Chinese, and purely all sorts of other Christian or Muslim temples, without admixture of extraneous religion. But still in Thailand you can often find holy places where Chinese, Hindu and Buddhist deities coexist on the same territory, but in different shrines and the Chinese temple on Phangan is just such a place.

The temple complex is located on the road between Chaloclame and Tong Sala. I'm really not quite sure whatthe definition fits one hundred percent, but it’s just not a separate small temple with a crematorium, but a relatively large area on the hills, and about a dozen different buildings. Each sanctuary is dedicated to a particular deity or has some special religious meaning and purpose. There is a sanctuary of the Chinese goddess Kuan Yin, there is a many-armed Shiva, there is a warrior god Guan Di, Hottei, Buddha, Thai ascetics ryy-si, satellites of all these gods and just magical creatures like three-legged toads, dancing sapsar and dragons.

The scale of the complex is not immediately notice, because everythingAt first, a large temple near the parking area attracts attention. But then, after the passage of this temple, the beauty of the sights gradually opens, as we go deeper into the multi-storey buildings with stairs, railings, fountains and ponds, and most importantly, all this is located in a magnificent place with a stunning view of the valley between the ridges of the hills. On the horizon you can see the azure sea in the Chalokles beach area, the sky is sapphire, and at the edges it is framed into emerald jungle - an incredibly beautiful picture, for which you should turn off the main road and walk around the temple for half an hour with a camera.

According to my pictures, you cannot say this, I just don’tlucky with the weather, so do not repeat my mistakes and do not go to Phangan in January - this is the very end of the monsoon season in Suratthani province. Good weather is set relatively steady in late January. In general, a very pleasant and not crowded place. During my visit, except for me, there were all a couple of people. 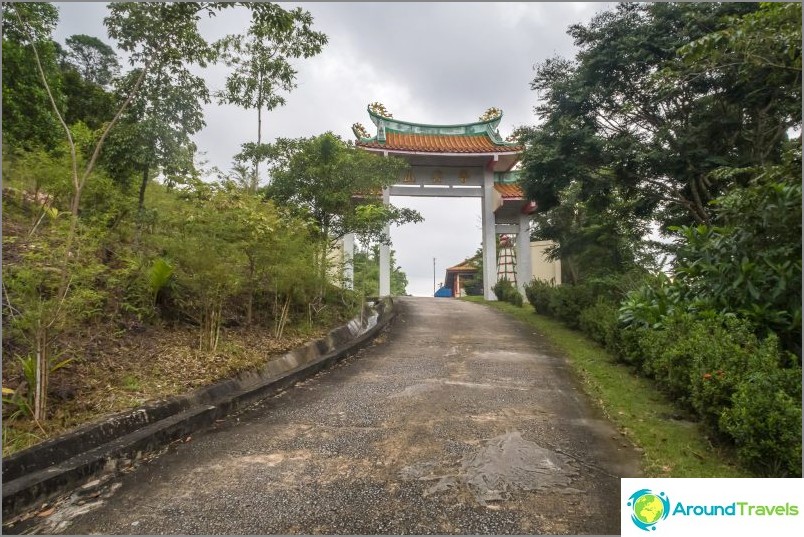 Entry to the Chinese temple from the road 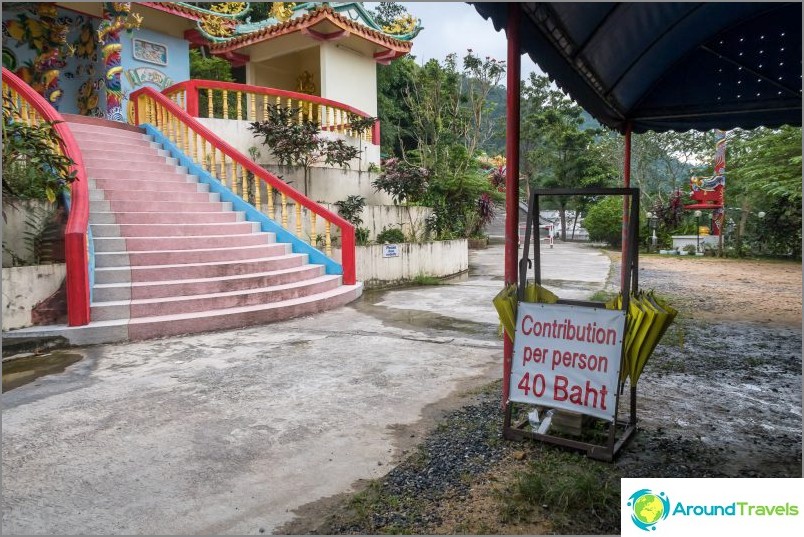 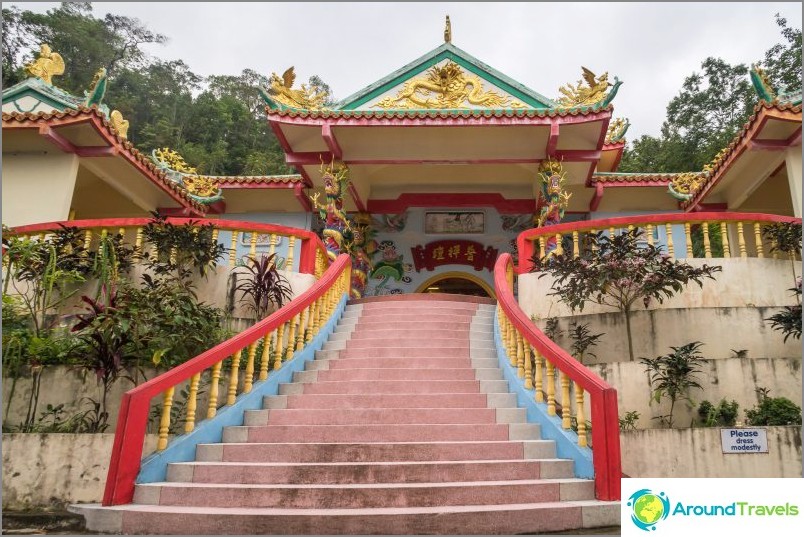 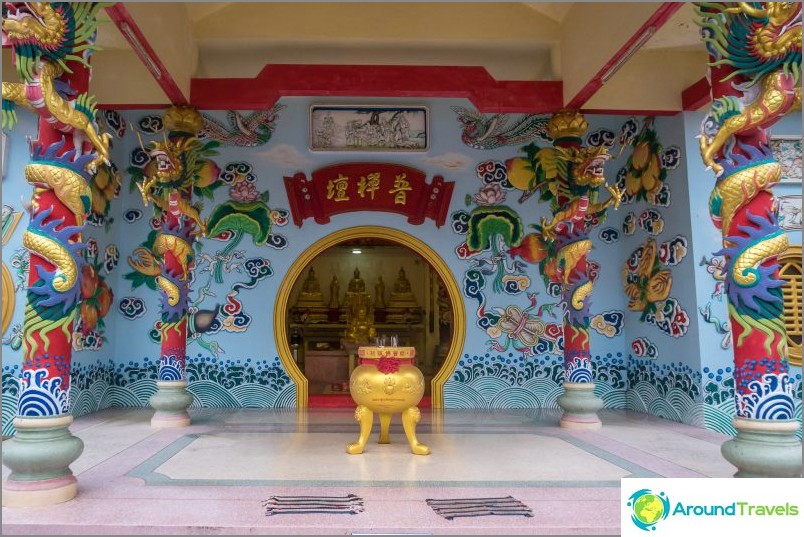 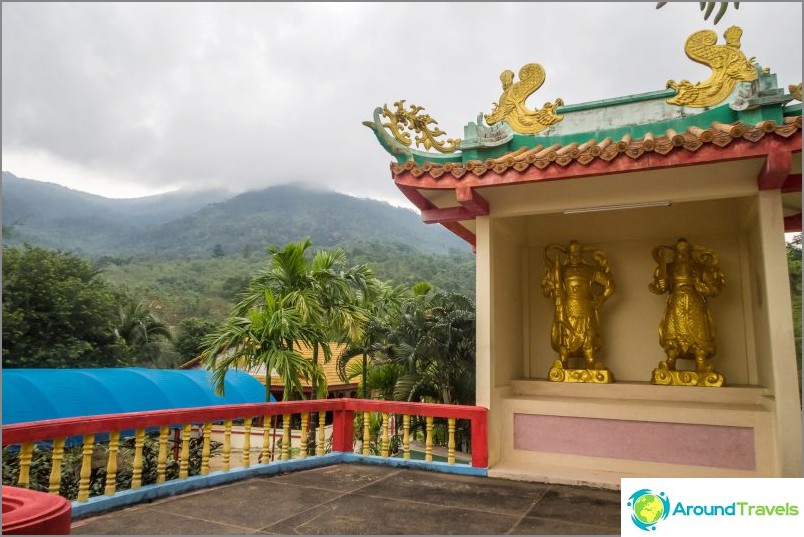 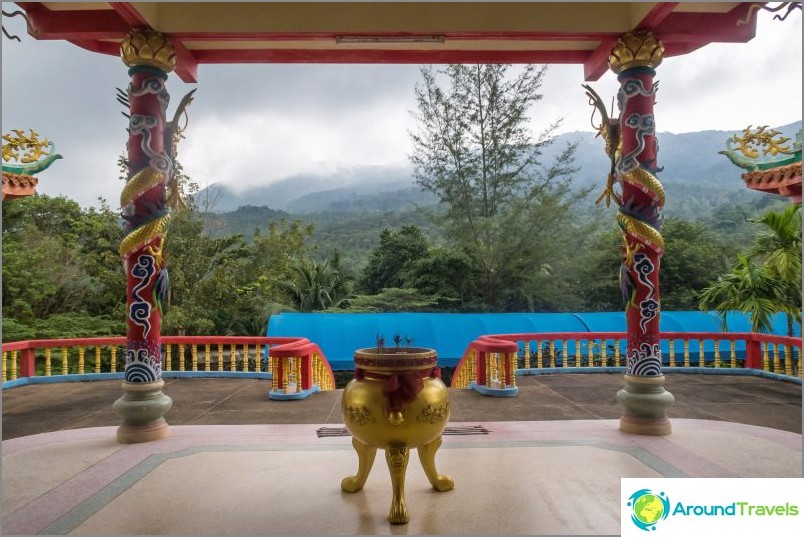 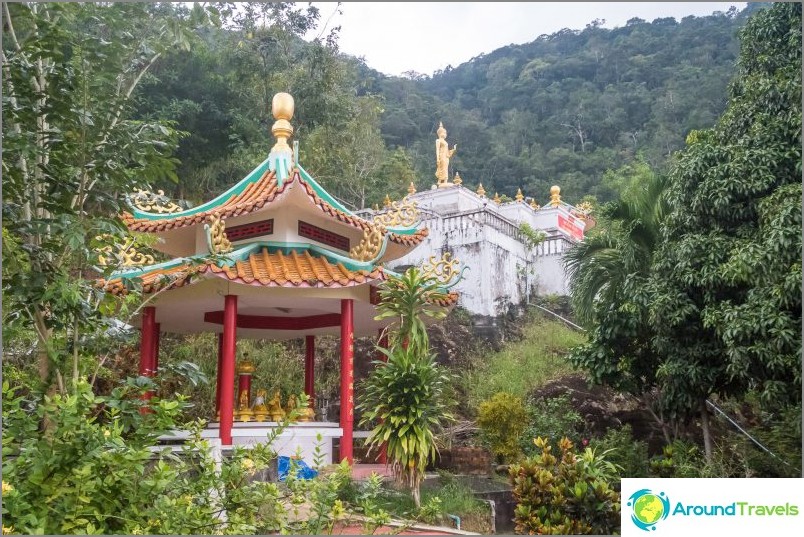 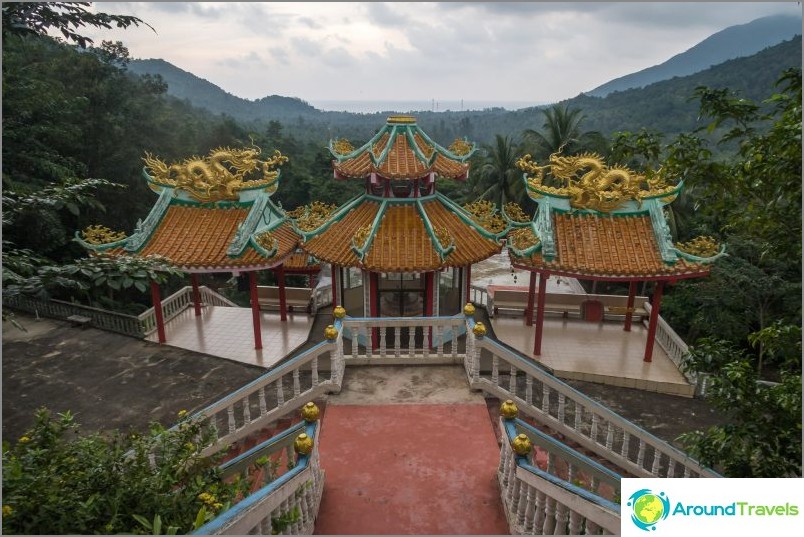 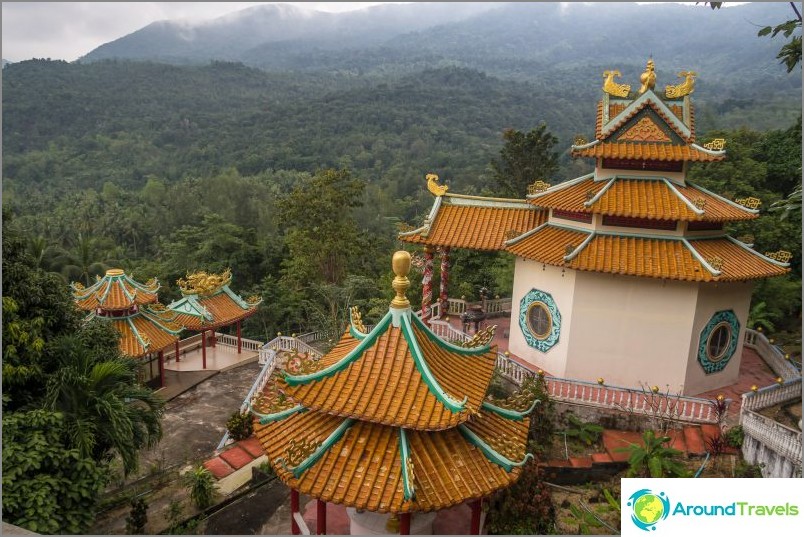 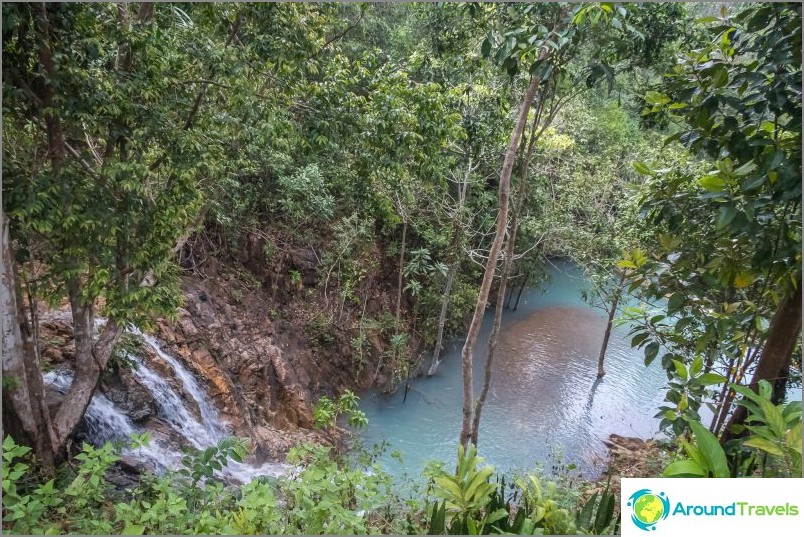 At the very end of the territory there is a waterfall.

Technique can be left under the covered parking, whereand there is a fundraising unsmiling aunty. All other rooms are open for access and do not require money, with the exception of type-boxes, where you can throw a coin or a banknote by mood. On major religious holidays, there is a problem with parking here and it is quite crowded, which is understandable - after all, this is the temple of many deities, and the Thais respect all gods and do not deny themselves the pleasure to take a walk on every holiday.

Chinese temple
Modern temple on the mountain, in the Chinese style, witha statue of the goddess Kuan Yin and a laughing Buddha. There is a beautiful garden around the temple, and a beautiful view opens from the lookout at the temple. Nice quiet place to walk.
More about the temple. 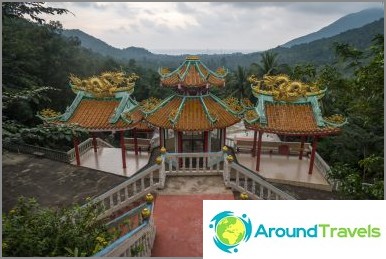 Modern temple on the mountain, in the Chinese style, witha statue of the goddess Kuan Yin and a laughing Buddha. There is a beautiful garden around the temple, and a beautiful view opens from the lookout at the temple. Nice quiet place to walk. Read more about the temple.