Cooperative Square - when the cherry blossoms in Sochi

Cooperative Square in Sochi is the verya case when an incredibly beautiful place is given an incredibly ugly name. It is located in the center of Big Sochi, next to Koteluyevsky Square, the goddess of navigation, the sculptural composition of the heroes of the Diamond Hand and Sochi seaport. In general, the epicenter of the tourist infrastructurecoastal Sochi, where the streets are crowded with people, the roads are tightly packed with cars, and you can't park from the word “in general” I found it necessary to add Corporate Square to the list of attractions in Sochi for two reasons. Which ones, I will tell below.

In April, “Sakura” blooms here, whichin fact, not cherry blossoms, but cherries. It seems to be relatives with cherries, but cherry blossoms are completely different, and the trees look different to the same. But be that as it may, when I was searching on the Internet for some beautiful garden or a square for a photo walk, I came across exactly Co-operative Square and its “blooming sakura near the seaport”. It is clear that this is a brighter headline for news than cherry blossoms, all the same media, they are such media. Having understood on arrival that I was cruelly deceived, I still walked around the square and, oddly enough, was impressed, inspired and moved. 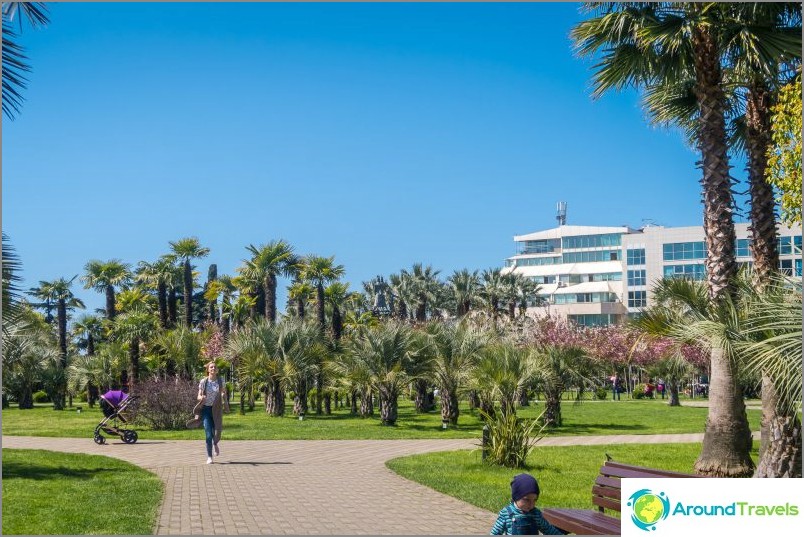 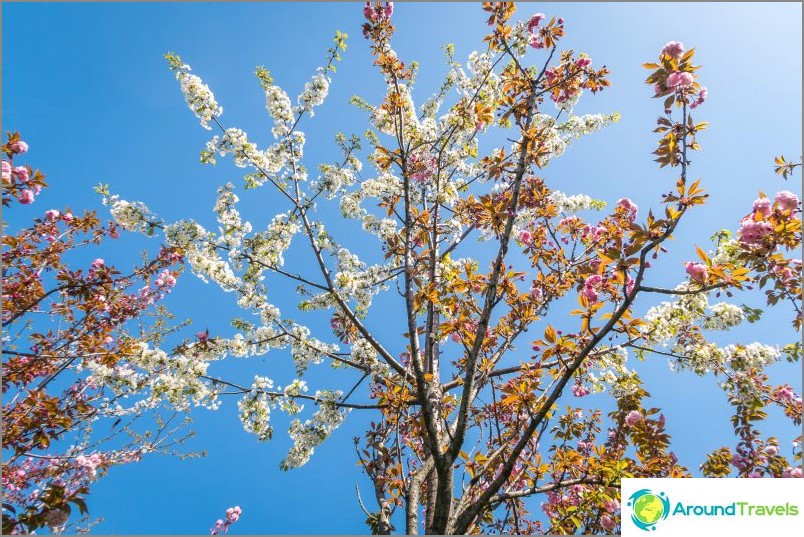 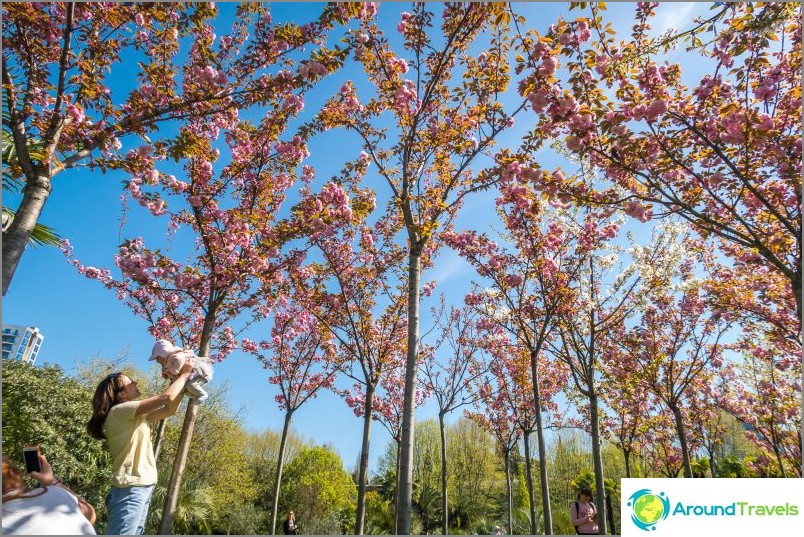 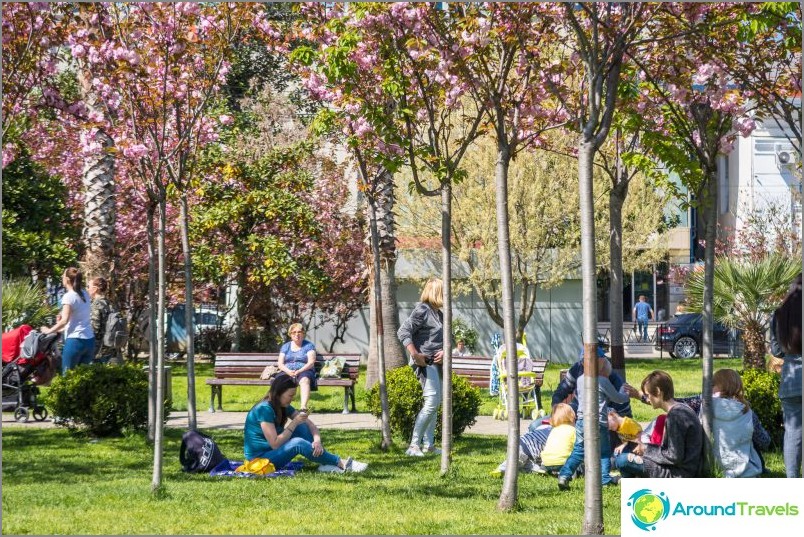 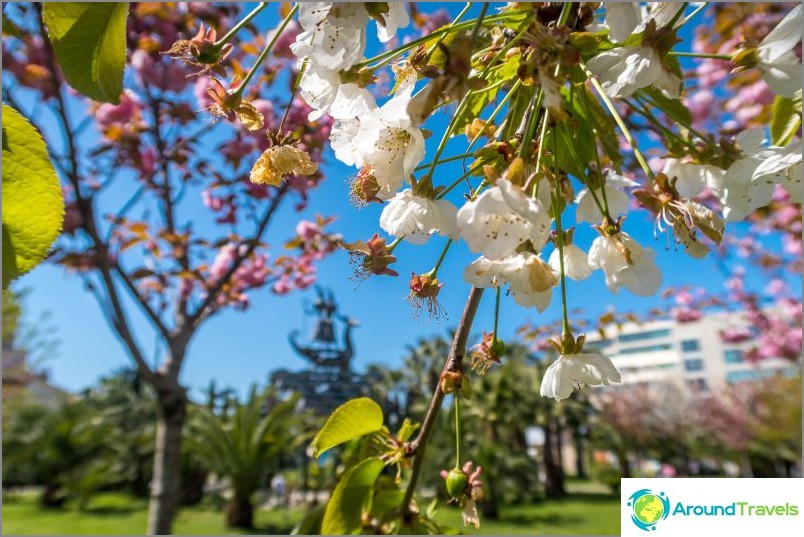 A place of surprisingly cozy atmosphere, which hasfor a quiet pastime, a walk with the family and a modest picnic with one sandwich and a bag of juice. There are many children here, mothers walk with them in all corners of the garden, roll the strollers and just let the little ones go to the grass. The combination of bright green, rich southern colors, blooming from all sides of the violence and children so mimish that it is impossible to remain indifferent, being in the center of all this beauty. The square is of a very modest size, but there is also Koteluevsky and the pedestrian zone of the Sea Port next to it, so that the crowding is not felt, and people do not crowd, do not interfere with each other.

Closer to the port there is a separate park square, inthe sculptures of the famous Sochi sculptor Hakob Khalafyan are on display. With the gorny, the hammer and the anvil, this master creates amazingly good things that organically fit into the urban exterior, and the people accepted and fell in love with the author's works: they can be found not only here, but throughout Sochi. In the Cooperative Square there is his composition “Sea Walk”, from which in my photos you can see only the king-fish and the sea princess, who slide on the sea on the seahorse. They say (but I didn’t notice myself) that the bells that decorate the sculpture composition start to ring from the wind, and when the wind is strong, even the movement of metal waves under the ridge is discernible. 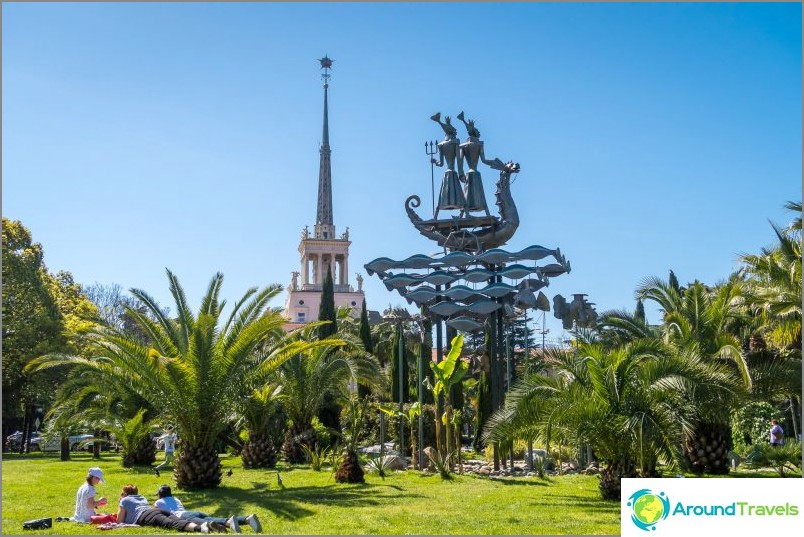 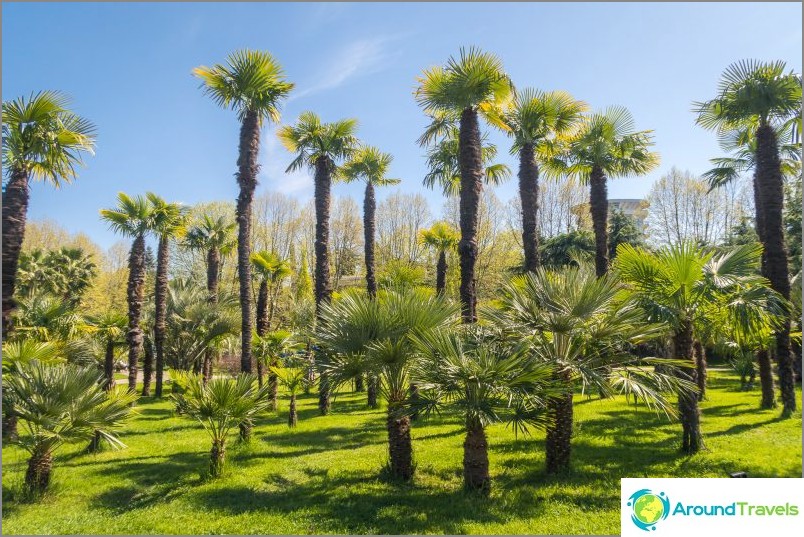 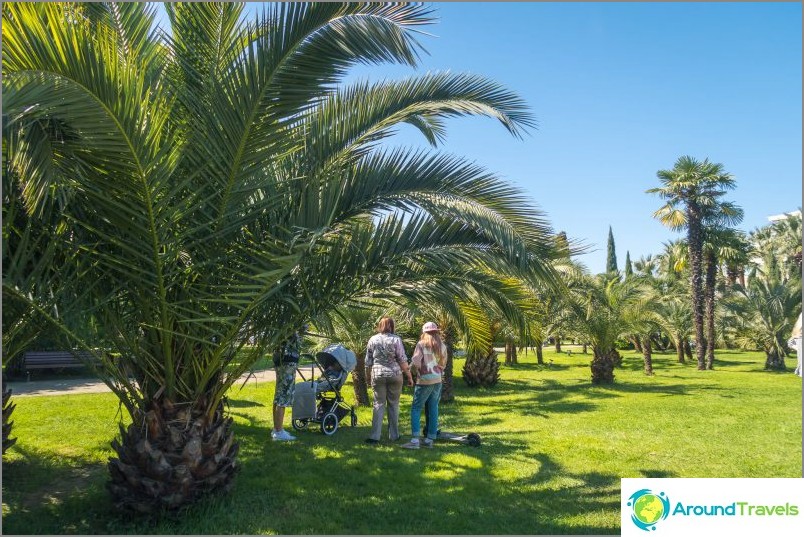 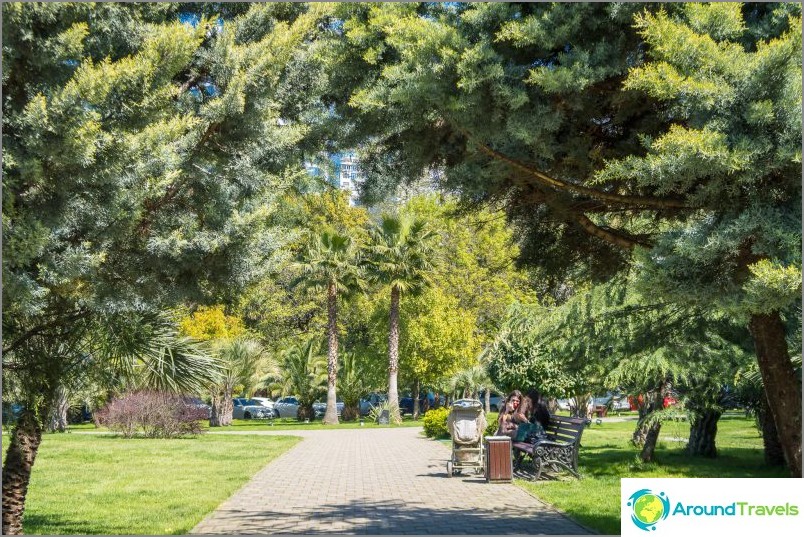 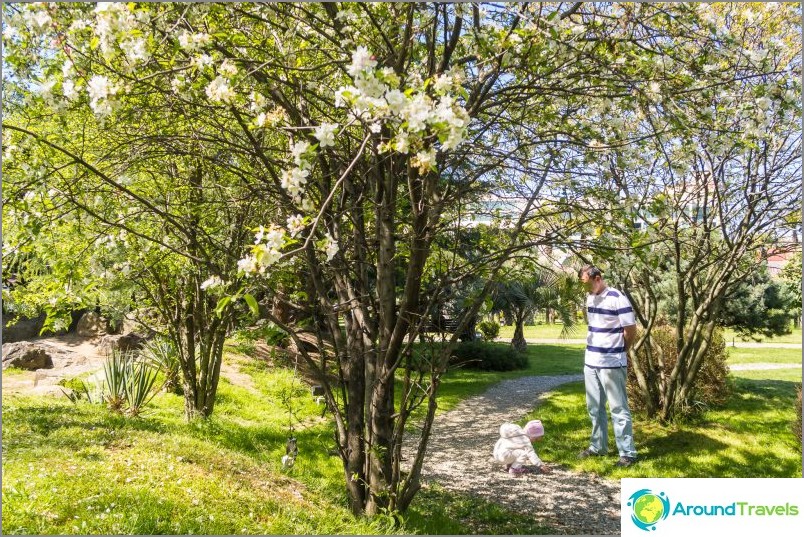 In the 70s, an array ofold historic city building. However, under the pressure of circumstances and in connection with the development of Sochi as an international resort city, it was decided to completely clear the entire area in front of the seaport from construction, which was finally fulfilled in the 80s. In 2013, the owners of the square tried to transform it into something stone-arched with fountains and tiled paths, but the Sochi residents rebelled and did not allow them to defile the remarkable place that the city administration supported them.

Admission is free, parking is paid, but as a rule there are no places at peak times.

Cooperative Square in Sochi
The most beautiful island of flowers, greenery and walking paths.
Read more.

The most beautiful island of flowers, greenery and walkways. In more detail.

Dolphinarium in Adler (formerly Aquatorium) - for ...