Dolphinarium in Adler (formerly Aquatorium) - for the inexperienced

One of the four establishments I know ofDolphins in Sochi. In addition to the dolphinarium in Adler, there are still the same in the Riviera (Greater Sochi), in Matsesta and in Sochi-Park (also Adler). The Adler Dolphinarium (formerly known as the Aquatoria) is located near the largest Russian Sochi Discovery World Aquarium, closer to the sea and the railway station "Izvestia". This is a small round building with its own courtyard, which houses a cafe, ticket office and a couple of attractions for the little ones.

Although, to be honest, in the courtyard the water inI was not impressed by the pool with boats, but Mickey Mouse with the face of a vampire and in the uniform of a galactic usurper is generally traumatic for the child's psyche. It seems to me that when children see it, they should cry fearfully and hide behind their mother.

In general, the dolphinarium did not produce me muchimpressions, even the camera did not want to get. I visited here after school hours, so I admit that my impressions are superficial and it makes sense to get here during the show, but I heard about them from my subscribers and friends. The courtyard is a rather dull sight, the cashier in her burrow carefully avoided the opportunity to talk with me and seriously talked on the phone, although I was ready to wait an hour and give 600 rubles for the opportunity to look at dolphins and other sea animals from the water circus.

Parking near the dolphinarium is not, from the busstopping it far enough, have to walk in the heat and better come here in the evening, without small children. The same advice applies to visiting the show - choose the evening, at 18 o'clock. You should not torment the kids with the heat in the open air in a not blown stuffy building, and for adults it will not be so hot to sit these 45 minutes of the show. Dolphins bottlenose dolphins of Chach and Rada, sea lion Masha, beluga Stepan and Piglet and a fur seal nouneym, which appeared not so long ago, are performing. Adults like the view through one, but the children always remain enthusiastic after each show.

According to visitors, approximately 80% praiseand the show and the host in the "Tamada fun and interesting competitions", and twenty percent remain at a loss and skepticism. The music is loud, leading an excessively talkative, the show itself is mediocre and prolonged. If there were less chatter, then half the time would be less, but I understand everything - you have to beat 600 rubles. In general, the sophisticated viewer has nothing to do here and if you are thinking of visiting, then - as an exception and in bad weather. Anyway, the first few rows are constantly sprinkled with water from the pool.

Negative to the general set of impressions addunpleasant rudiments scoop - photographers with animals at the entrance to the Adler Dolphinarium. These comrades obstinately offer services, receive permanent refusals, they get angry at this, stick already annoyingly aggressively, and when they run up on a dummy, they take it out in full and spin it up for money. Calling the price of 250 rubles, they are silent about the fact that this is the cost of one frame, and not the entire photo shoot, and after the tourist receives his photos, the abuse begins in the calculation. Why they still are not driven back and not pursued under the law on the protection of animals - I do not understand. 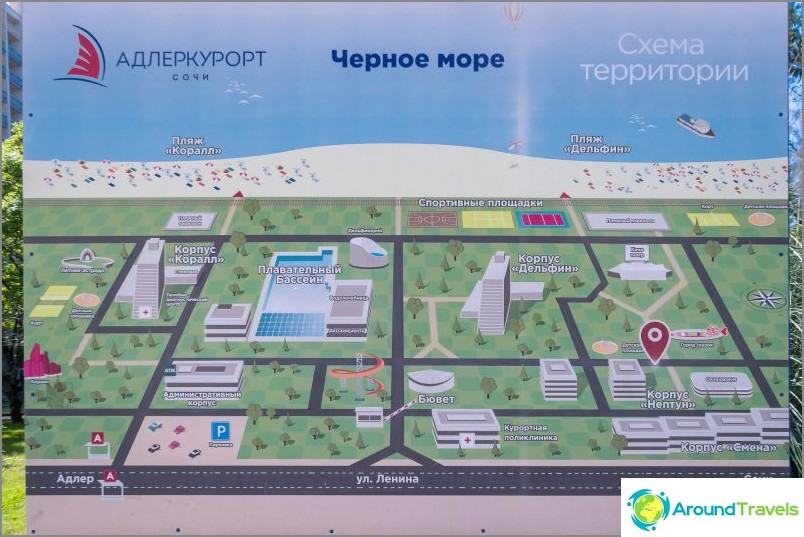 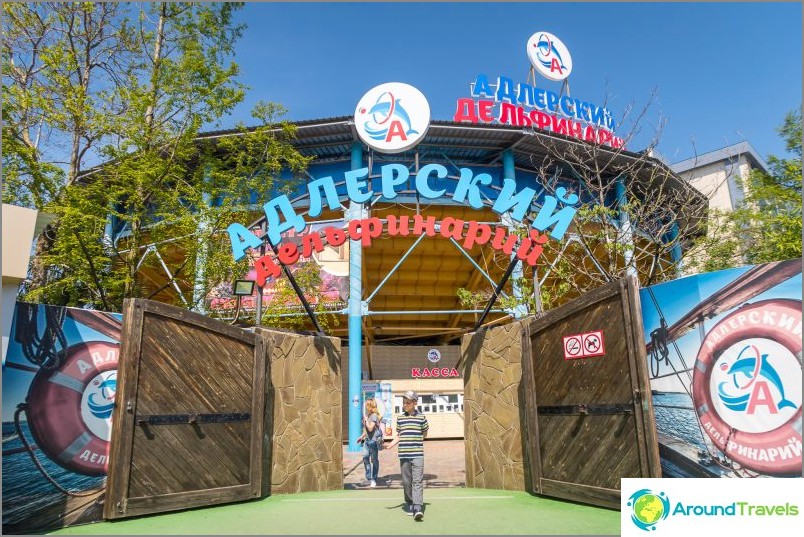 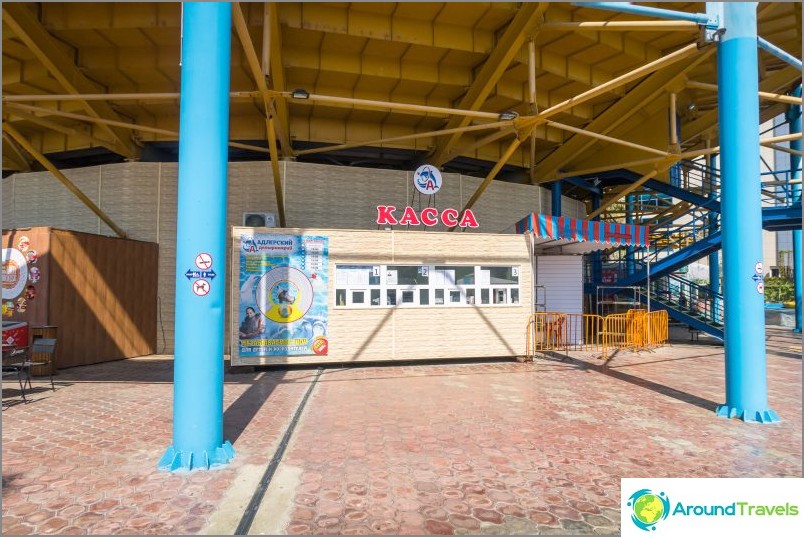 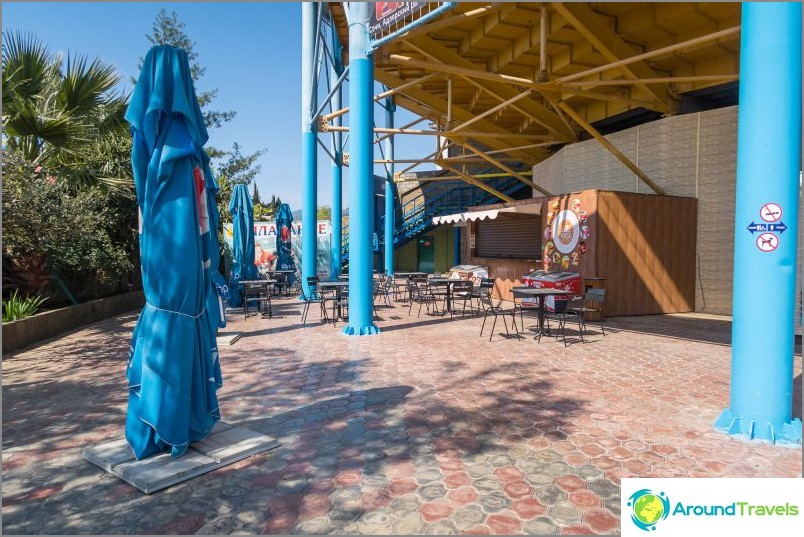 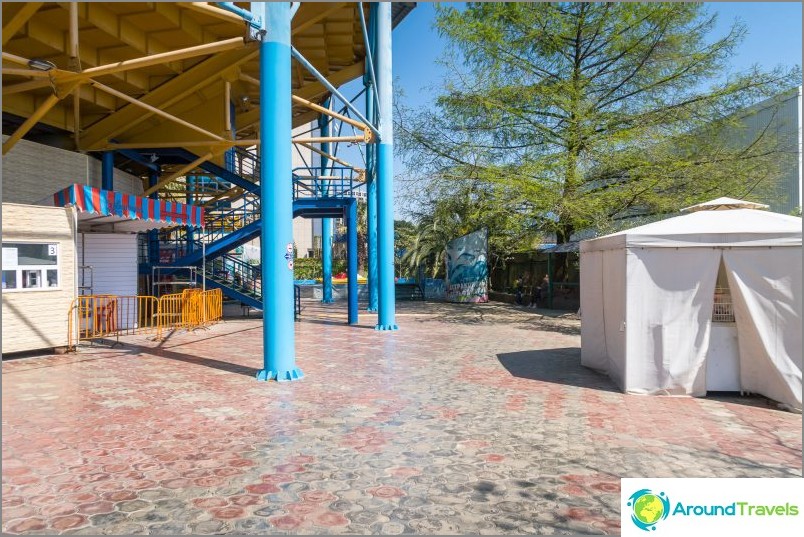 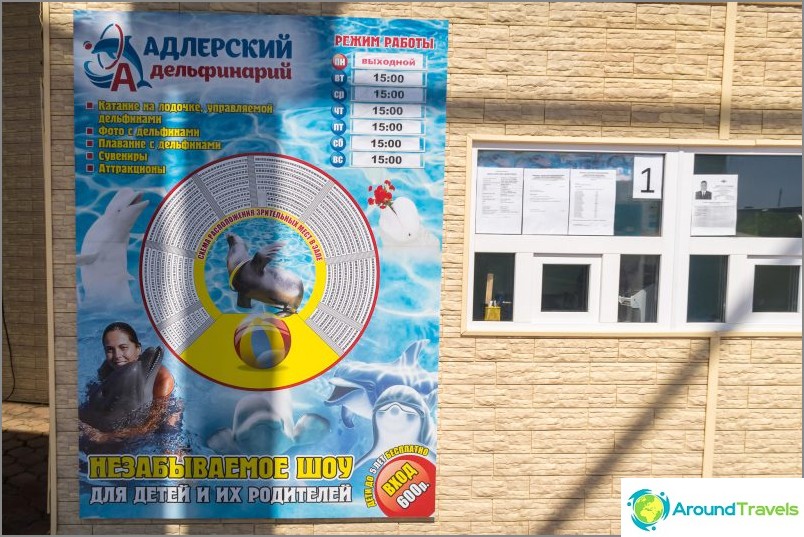 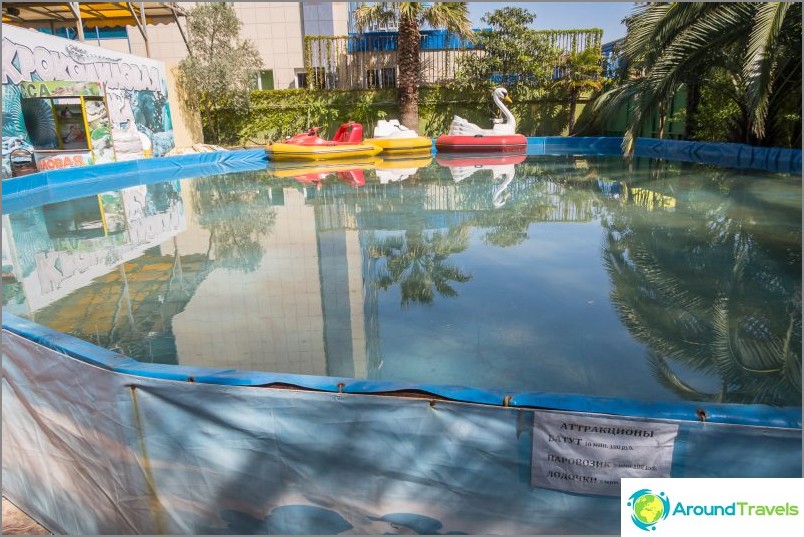 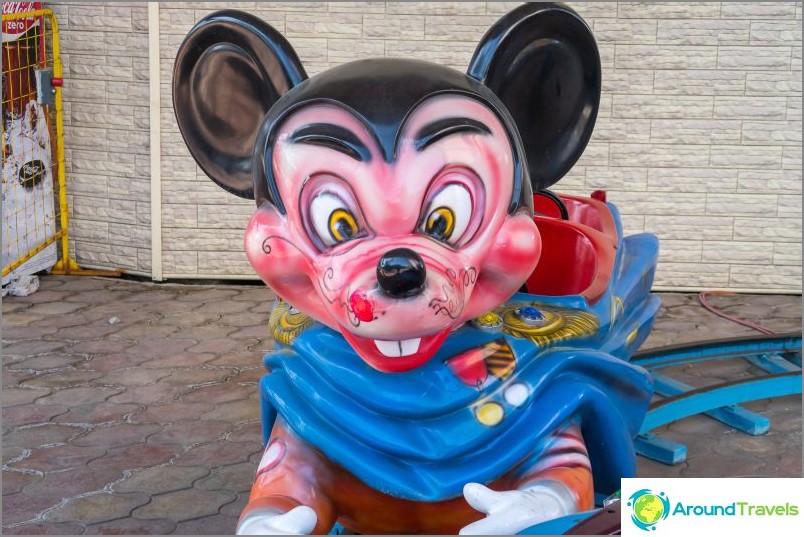 Ticket price for an adult - 600 rubles. Children under 5 years old - free of charge, but must sit on the lap of a healed parent.

The ticket office sells tickets on the day of the performance, and also in advance. Open daily from 10:00 to 20:00.

The first rows are constantly wet, the seats will have to be wiped with something, the administration has not thought about this issue, so I recommend grabbing an unnecessary T-shirt or dry napkins.

Dolphinarium Aquatoria
The show with the participation of dolphins is held 3 times aday, at 12, 15 and 18 hours. The show lasts 40 minutes, part of this time is occupied by an auction for the sale of paintings painted by dolphins. The level of the show is designed for children who came to the dolphinarium for the first time.
Read more.

The show with the participation of dolphins is held 3 times aday, at 12, 15 and 18 hours. The show lasts 40 minutes, part of this time is occupied by an auction for the sale of paintings painted by dolphins. The level of the show is designed for children who came to the dolphinarium for the first time. More details.

Cooperative Square - when the cherry blossoms in ...