Home>New articles>Downshifting is not for everyone and not for us.

Downshifting is not for everyone and not for us.

Once discussed in the comments on one of the blogs,why the people are periodically disappointed in Thailand, the trevelings, downshiftings and other “ah”, why life returns to the same course and only a few remain to do what they started. You don’t need to go far, you can look at various bloggers, and, unfortunately, also at us. And I remember how great it is started off and even one time went on...

Downshifting is not for everyone

It is obvious that people are different and their interests alsovarious. Therefore, it is not surprising that downshifting / treveveling / wintering / emigration is not suitable for everyone. However, in recent years it's just a trend of some kind, fashion. Moreover, I have a feeling that often the usual way of life is changing unconsciously and only under the influence of the media, friends and acquaintances. The simplest example, a person sees a heavenly picture of someone living in Thailand among the tropics, eating fruits in winter, sunbathing, bathing, of course, I also want to. But few people understand what really lies behind this tip of the iceberg. Starting from the fact that the eternally “resting” actually works hard from morning to evening, but only rare moments of his rest are put into the network, ending with the fact that the weather will be too hot, the sea is too wet, and the local population is too different from you. There is no heaven on earth, there is only a ratio of pros and cons, and that suits one does not fit the other. There is nothing and no one who will solve your problems, except yourself, you should not run away from yourself. 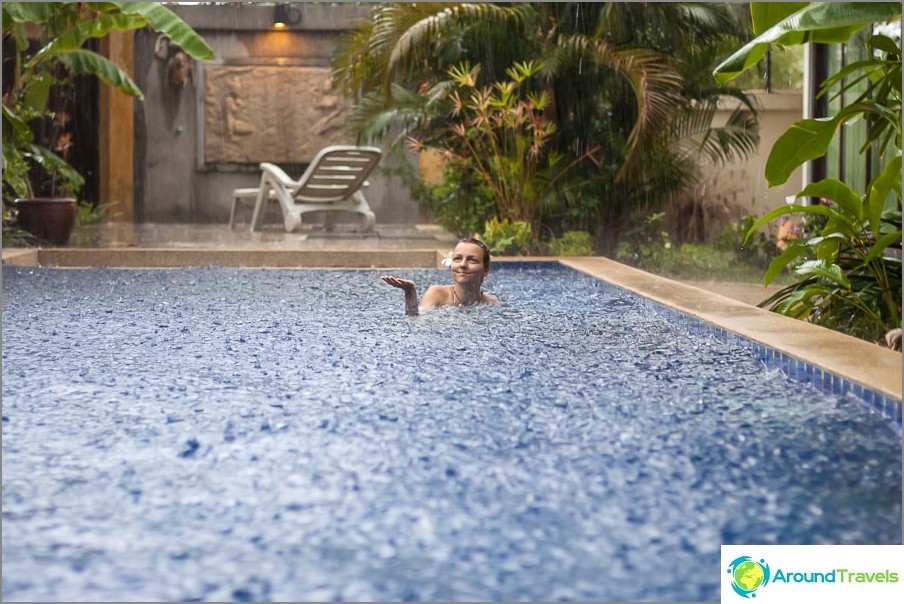 Downshifting, an example of a beautiful picture

I remember in the early years of blogging meconstantly trying to catch a lie to himself. It's more comfortable when there are a lot of things, when more money is spent, when career and stability. It is difficult for people to understand how another person can be comfortable, for example, in minimalism, if they themselves are not comfortable in the same conditions, do not believe, scoff. To which I have always answered, what kind of person will make himself worse? If he chose to live in a certain way, to downshift, not to build a career, to live in another city / country, then, probably, it is better for him specifically. And, if he lives like that, then, probably, not without purpose. Not everyone can (and want) to rivet startups one by one and devote their lives to the generally accepted.

And in general, it’s not just about money. Sometimes it takes a lot of stages to change your life / geography / citizenship. Without enthusiasm and a clear understanding of why you need, it is unlikely that something will turn out. You can not see only the pros, beautiful picture and go to the ball, you need to watch what hides an iceberg under water, weigh your strength, otherwise you will be blown away from the first serious obstacle. Although, of course, it is also necessary to try, without this in any way.

Using the example of wintering, the easiest way is to show the changes. Our last trip to Thailand for half a year came out quite expensive, this is especially noticeable compared to how we went for the very first time when it took us about 180 thousand rubles for six months, along with flights, Imagine! And for the last time I won't even say how much

No, we did not live like kings, but, let's say, chose comfort. For example, they stayed at more expensive hotels, the apartment and the house also chose not the lower price range, they rented a car instead of a bike.

Yes, we had good reasons - we were very tiredfrom all our troubles: poor sleep of Egor and the fact that he can not walk, constant work with him and a rather complicated life. All this takes time and effort. I will never forget how we departed 4 days in Bangkok after the flight, just sat in the hotel and rocked,rocked Yegor. In general, saving has ceased to turn out as it used to, sometimes it’s ready to give up all the money just to sleep or take some rest. Actually, that is why a nanny went to us in Moscow at one time.

However, if we deviate from our problems and coursedollar, which made everything doubled, it became obvious that in our family, first of all, the reason was that opinions were divided and that “downshifting was not for everyone” turned out. I don’t know, children have such an influence (as catalysts accelerate self-understanding), or any person’s worldview changes irreversibly throughout life. Maybe Daria someday she will write a post about this, but for now I will tell.

Probably, someone noticed that I began to writemuch less personal on the blog, and the enthusiasm is gone. This is connected just with our differences, because if you write philosophical posts, to talk about aspirations, plans, then they will only concern me alone, which is somehow silly. Downshifting, travel, emigration, freelancing - all that is left is just for me. 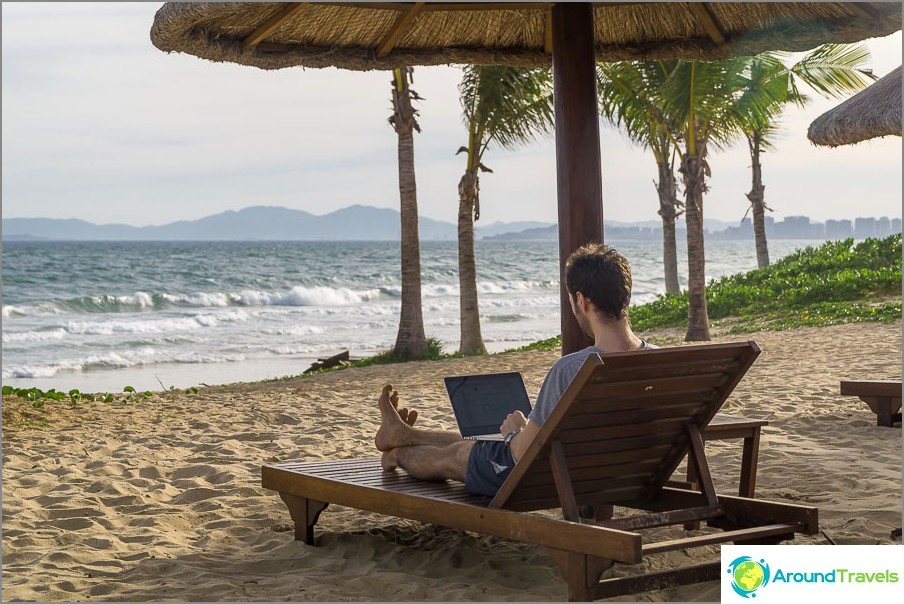 I only need downshifting

We talked a lot with Daria and realized that it is easierliving in Moscow, in a world that she understands, in a familiar comfort zone and with a minimum of new and alien, to go to work, and so on. And, it is desirable that the standard of living was as high as possible (higher than what we have). With the latter, there is some difficulty, since my personal level of the minimum standard of living has long been passed, and its minimum level corresponds to my peak earnings. That is, I have been living comfortably for a long time, and she was just nearing her minimum, she was seized

Thus, what nafig her downshifting, ifMaslow's lower stage of the pyramid is still not passed. There is also emigration to the garden, because it is almost always associated with zeroing and worsening the standard of living for a certain period, not to mention the fact that there will be a lot of difficulties and issues that need to be resolved with enthusiasm. And if the person himself is not bothered to emigrate, then why should he have extra difficulties in life. Let everyone do the one who drags from their homes and burns moving, quite logical. For a long time Daria could not admit this to herself, since she lived in the world of her own illusions (see the first paragraphs of this post). I made up for myself that trevewing / downshifting is cool and the only correct thing, and suffered from it. A terrible thing when you do not know your true aspirations. Let me remind you, we just met once against the background of hobbies of downshiftings, eco-settlements, freelancing, moving from Moscow to hell.

I wonder why always everything in this worldrests on the money? If I had an income 10 times higher, I would be able to provide my wife with the necessary standard of living, and my aspirations to realize, I would not have to choose. Likewise, it would be easy to carry out the travelling / emigration to any country without any nulling there, only pay yourself for everything, because even citizenship is bought. Well, who refuses to move without effort "furniture" and live a couple of years in some Spain in his own villa by the sea?

P.S. How to find a compromise is not clear. Probably, if I could earn millions and solve everything with money, I would have done it already, but for now I need to look for further options.

Poll: where to go so that it is interesting ...