The famous hotel LeBua, where the Bachelor Party filmed the film in Bangkok - 63 floor

After I visited Vertigo Bar on the 61st floor, i went to the famous hotelLebua, where the scenes were filmed for the movie Bachelor Party in Bangkok. After the film, this hotel became simply mega popular and many included it in their top places, which must be visited upon arrival in Bangkok. Since I occasionally post posts about where to go in Bangkok, I also decided to go there, although the reviews were not very good. But you have to check and form your own opinion, right?

The hotel is completely called Lebua at State Tower.

. Under the link you can book a room andtry to feel the atmosphere of the movie. If it were not for the price, I would have stayed there too, but again, according to reviews, the hotel was tired, and if already settling in it, then on the highest floor, and in December the prices were too high there. Given that the views of the city can be obtained from the bar on the roof, I thought that this was enough for me. And no mistake.

On the roof on the 63rd floor is a restaurant Siroccoand a bar called Sky Bar. I did not go to the restaurant, but got off with one drink. True, I didn’t get into the Sky Bar itself either, it wasn’t got there, but I saw it from the observation deck. Lebua

Honestly, I did not like it at all. Maybe the restaurant would have been better, but I definitely would not go to drink more drinks. A lot of people go straight stream. In general, all this reminds the conveyor. Everywhere they drive a pen, watch you, go here, do not go here. You feel ill at ease, as if something was not going to be done right now. We arrived by elevator and they immediately lead you to a separate platform, like a sump straight. There are a lot of people there. Here they are immediately obsessively offering to order something. And only after this (the test for lice is passed) can one go to the next level, where there are more types. In theory, from this level, if you're lucky, you can go to the Sky Bar. 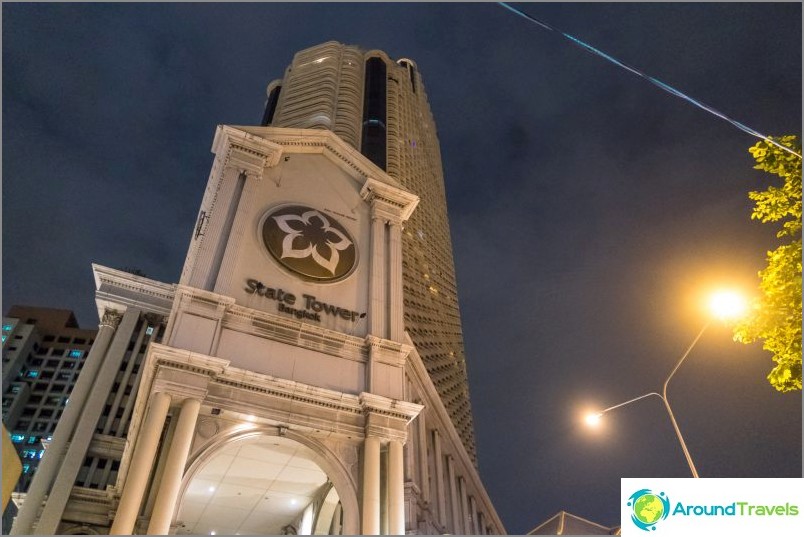 Here it is, the famous Lebua at State Tower 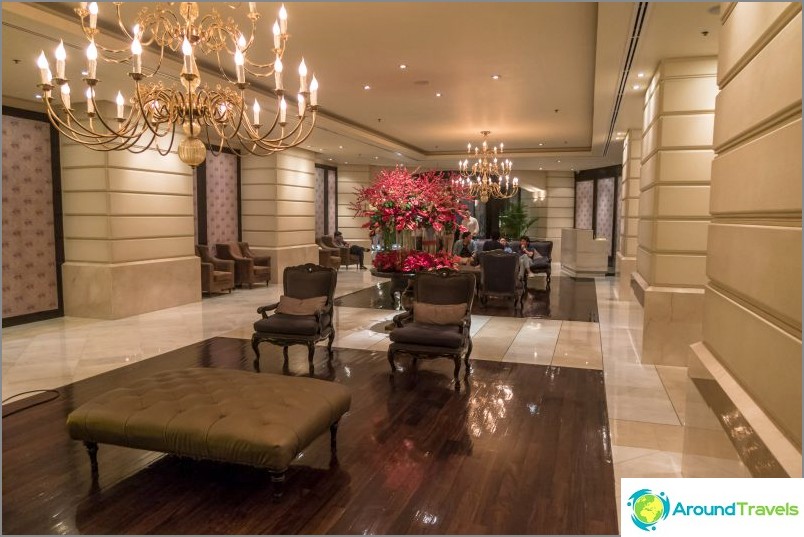 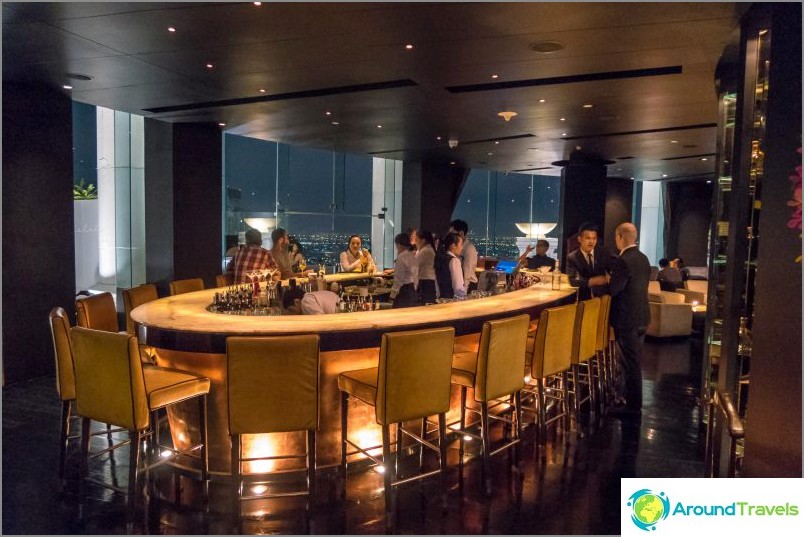 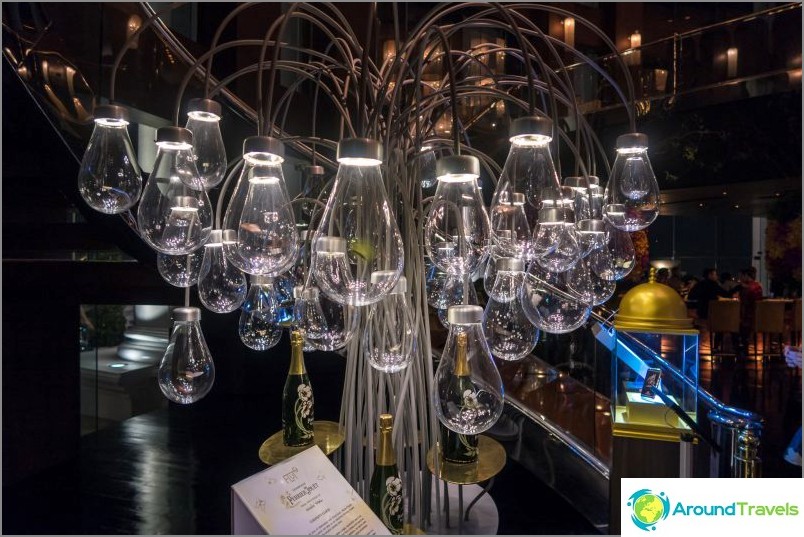 Here is the installation of Curiosity Cloud 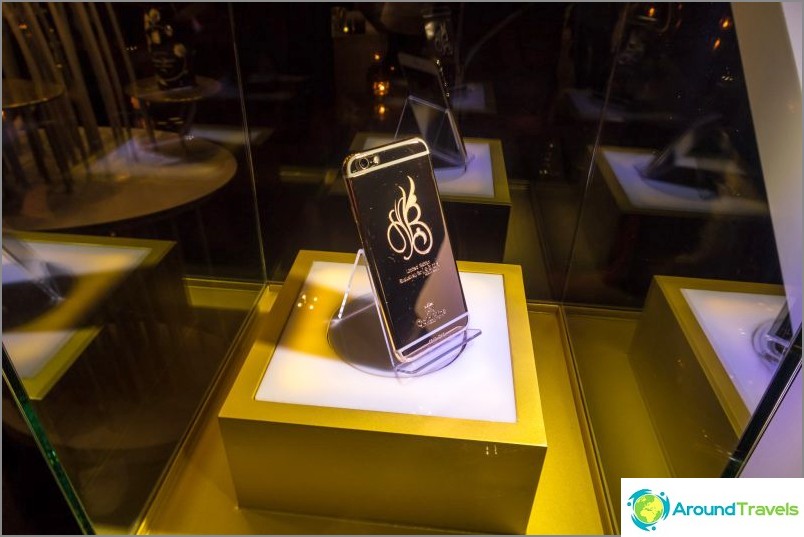 And also a golden iphone The first playground with a crowd of people 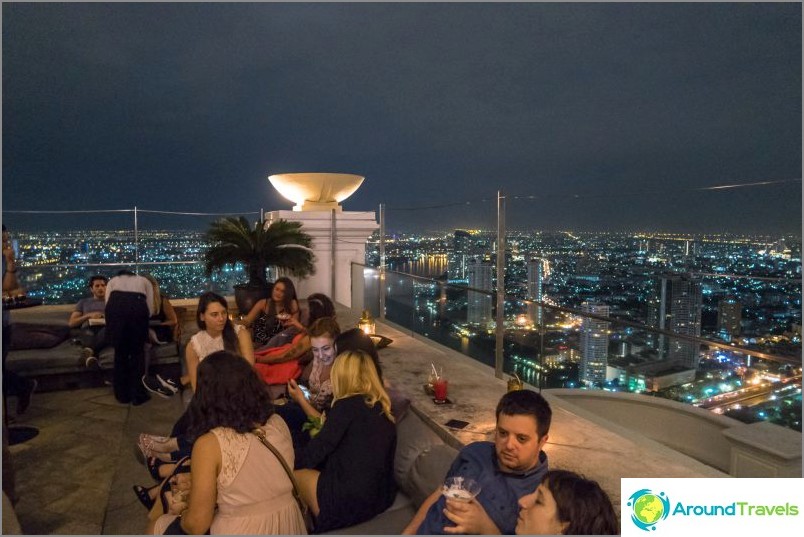 There are wide sofas along the fence 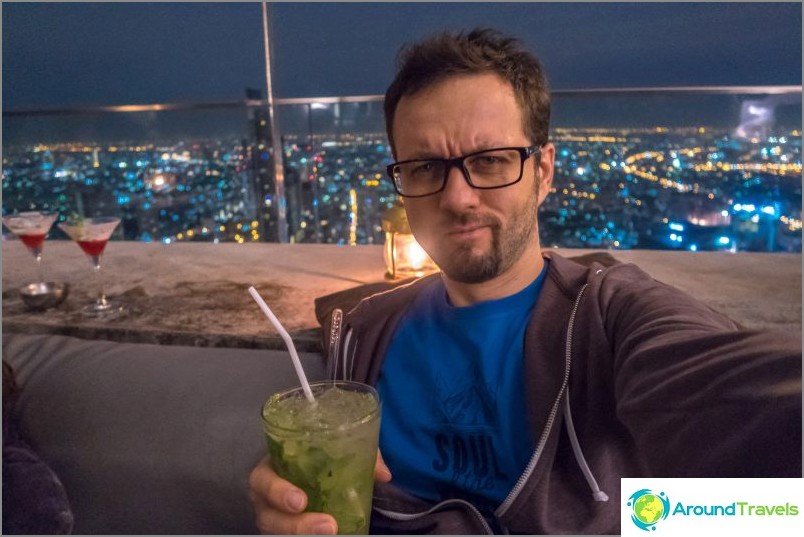 I even found a place for myself, but I have to lie down and not sit 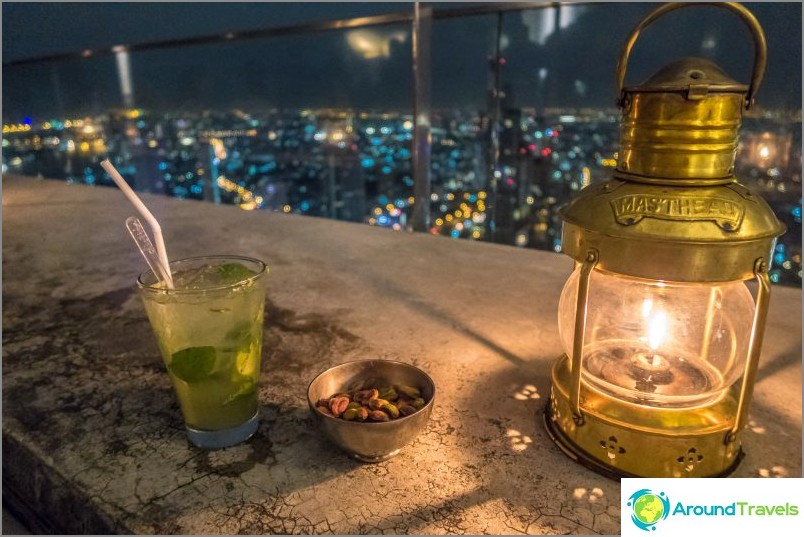 Give free nuts to drink 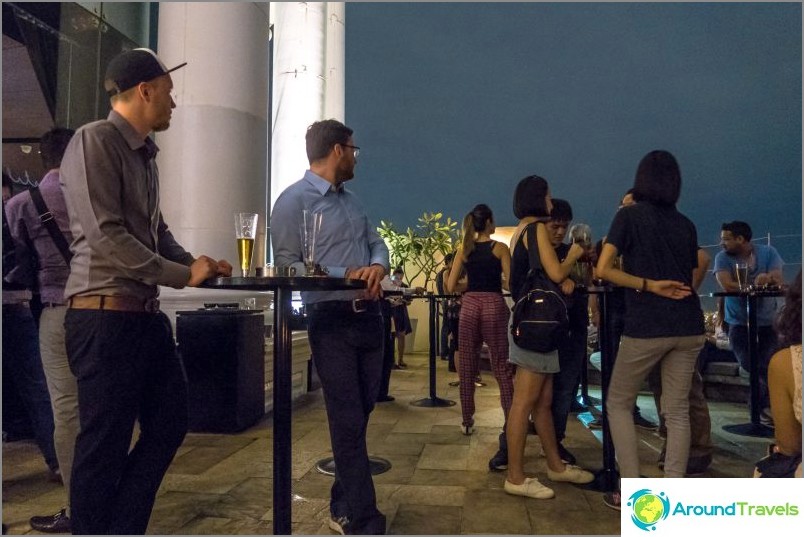 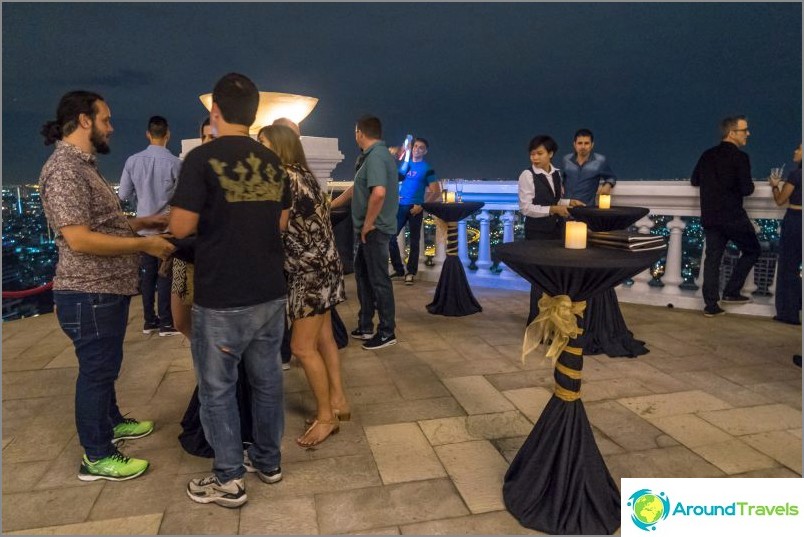 We go to the second observation deck Lebua, it is a floor above 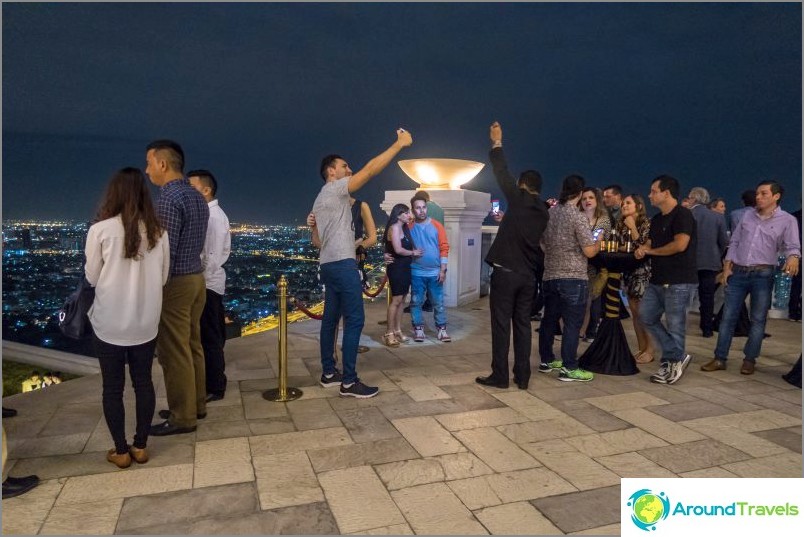 Here, just turn on the selfie 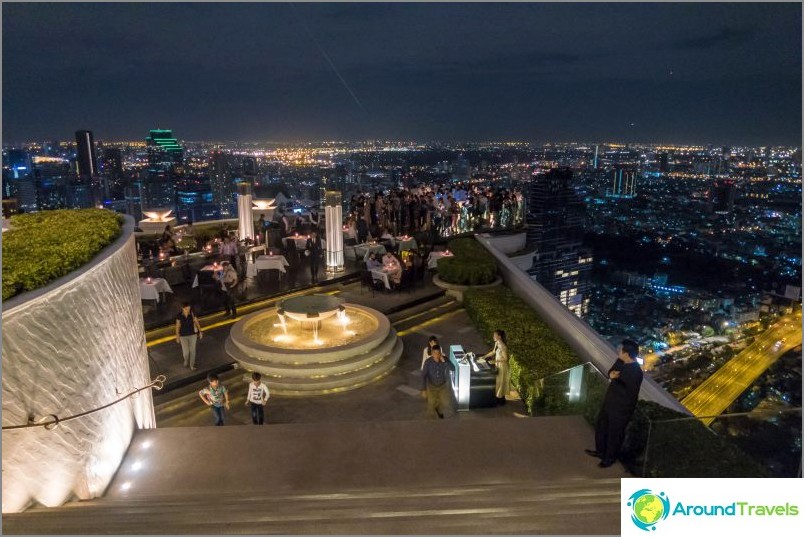 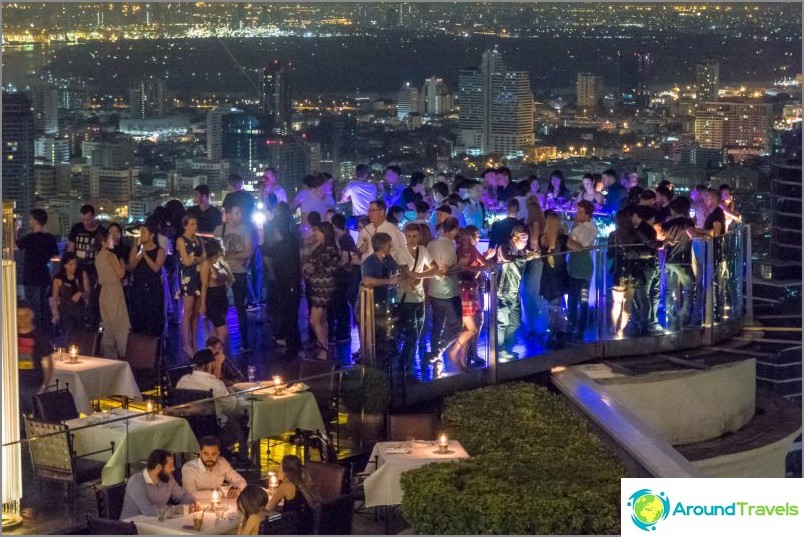 See how many people in the Sky Bar 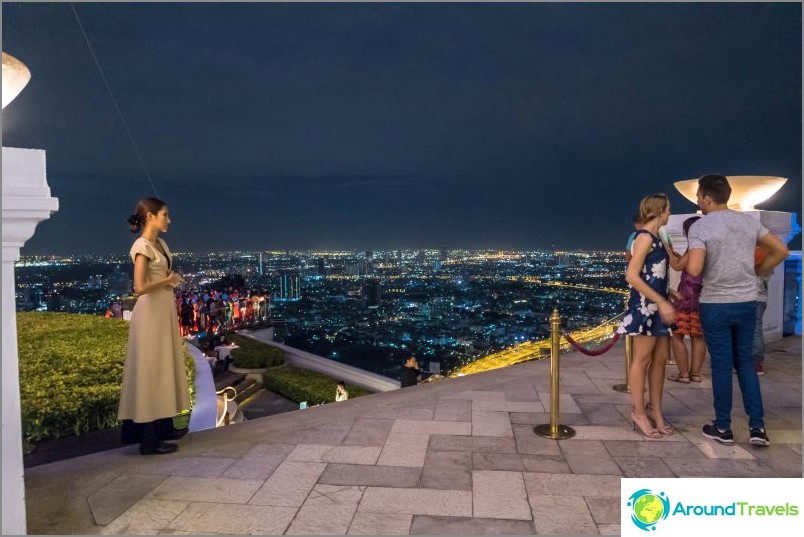 Just not to go, everywhere the staff 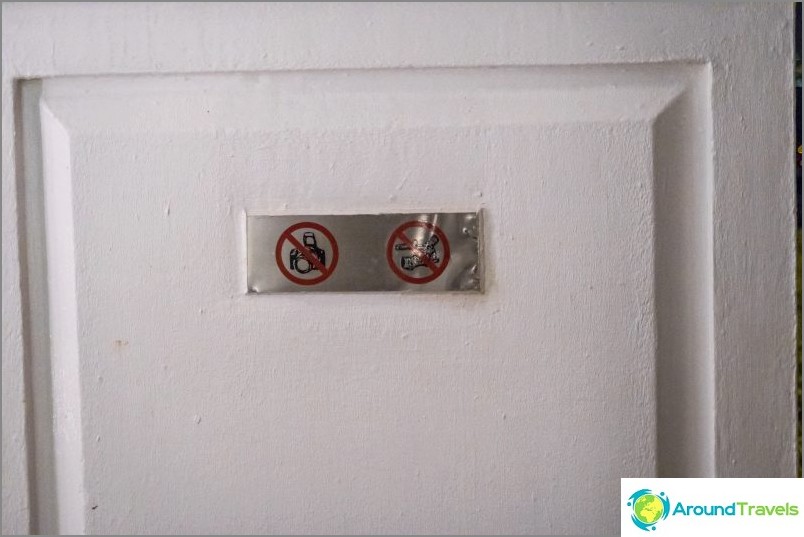 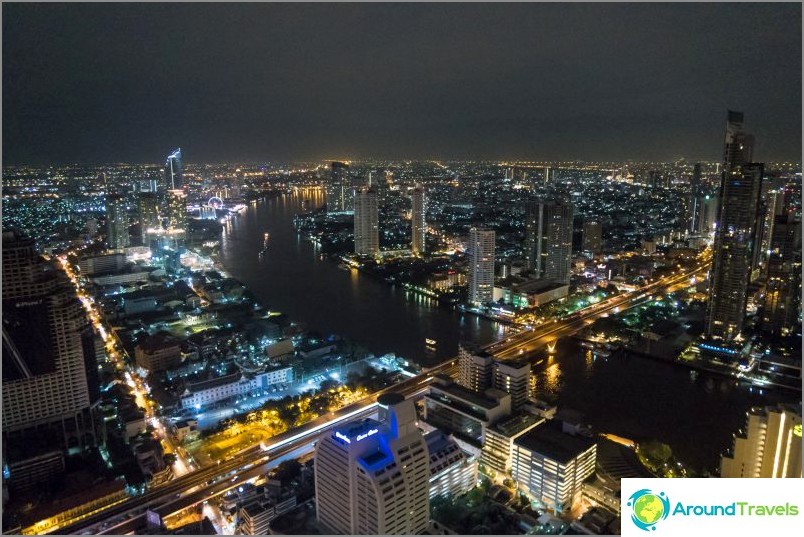 The views here are much better 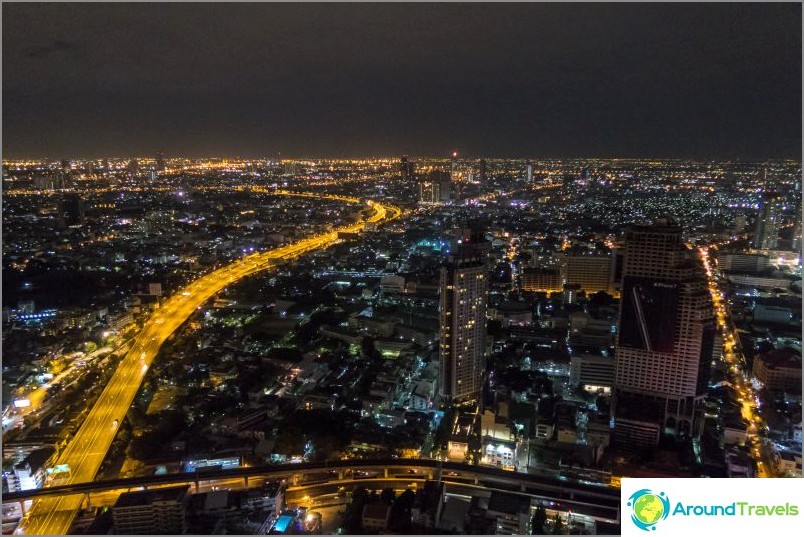 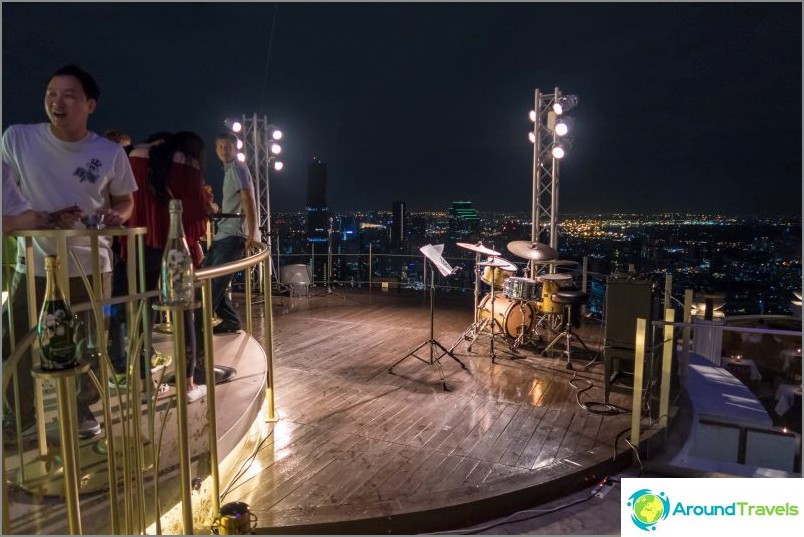 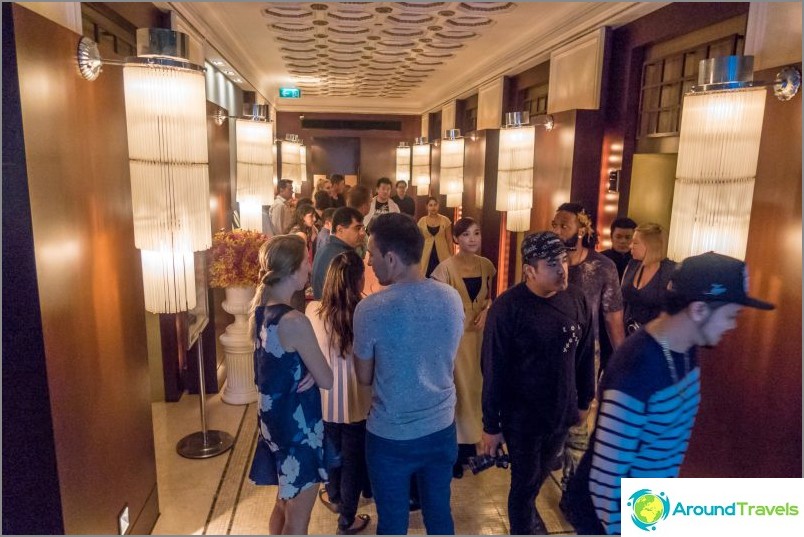 The queue at the elevator in Lebua to descend

In general, somehow all strange. Or maybe I was particularly unlucky and there was an influx of people. But I do not understand why the staff does not explain anything, that there is a second platform, that there is another Sky Bar, in which there are too many people now. I myself asked, they say, where there are more kinds and only then (and after ordering a drink) I was allowed to climb a little higher, where exactly the restaurant and bar is located. I wonder if all the visitors from the first site knew that there was still room to go. Not reading in advance on the Internet, and do not understand it right away. On the other hand, there were vacant tables on the second platform, and sofas on the first one, while Sky Bar would have to be pressed somewhere in the corner.

In LeBois the species is much smaller, far from 360degrees At the second site it is better, on the first one, nothing really is visible, 30 degrees, and these are exactly the same that prevent the sofas from getting to the edge. Yes, perhaps, if you go to a restaurant, the impression would be different. But in my opinion there are a lot of people there too. It is better to choose less popular places. And yes, everyone is smoking at these tables. Non-smoking is quite difficult. Although an open place, but a lot of smoke.

Prices are high, non-alcoholic mojito cost 530baht, which is more expensive than Vertigo. I specifically ordered 2 identical drinks, and there and there, to compare. In fairness, I will say that the mojito tasted better in Lebua. 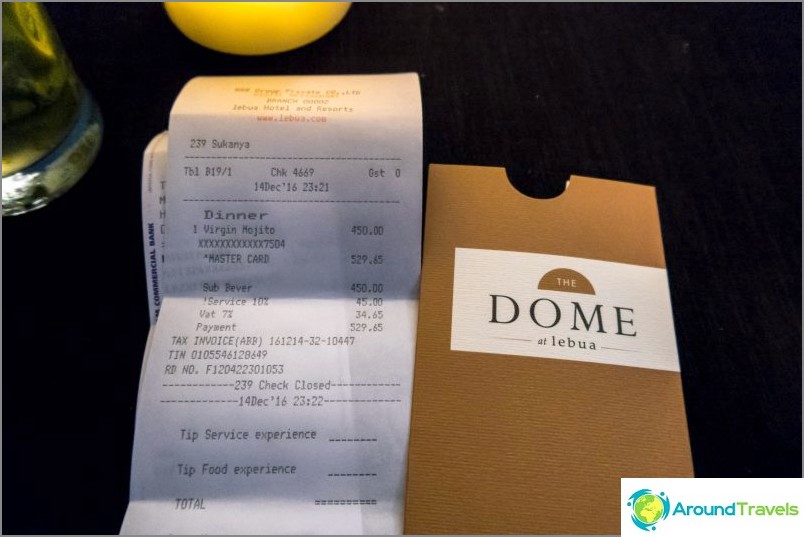 Ordered in Lebua only Mojito 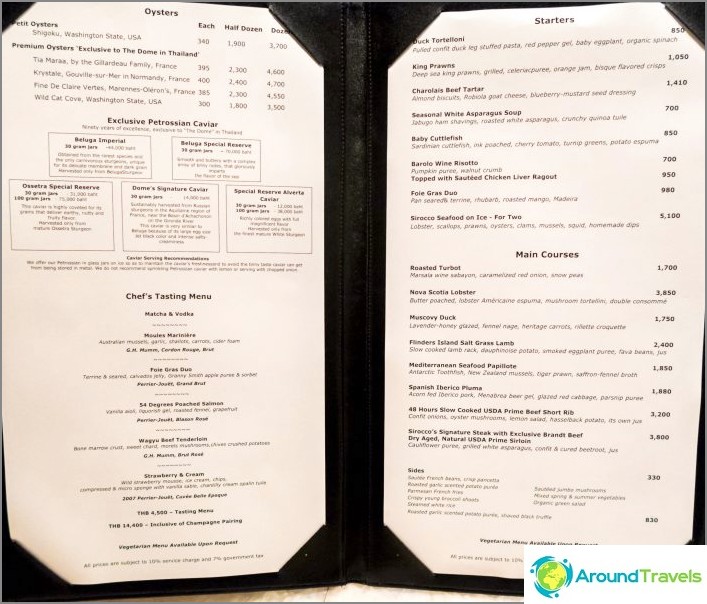 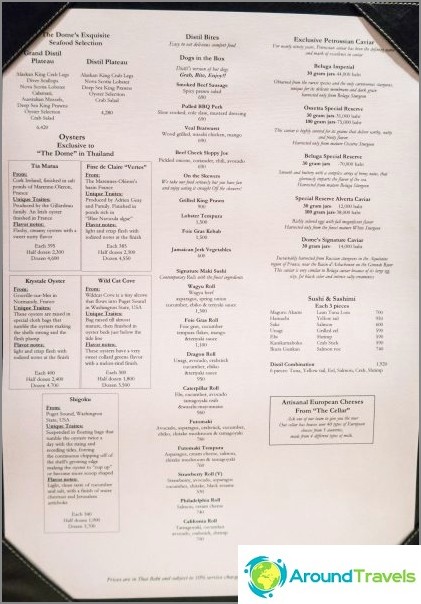 Opening hours of Skybar from 18 hours.

Attendance is free, but there is dresscode. You need to be in pants (ordinary jeans will fit) and in closed shoes, that is, not in slaps and sandals. Girls can come in open shoes, but not the beach. Top - enough T-shirts with closed shoulders. In general, something more or less suitable for a restaurant.

The price indicated in the menu does not include an extra charge of 7% Vat and a 10% service charge.

For example, here is a direct link to the hotel: Lebua at State Tower

Hotel Lebua, Skybar and Viewpoint
The famous hotel from the Bachelor Party movie in Bangkok. On the roof of the restaurant, bar and observation deck.
Read more. 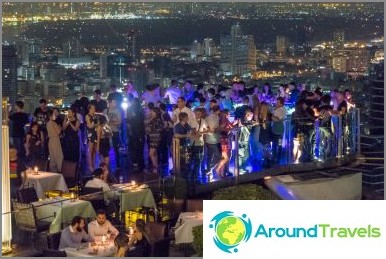 The famous hotel from the Bachelor Party movie in Bangkok. On the roof there is a restaurant, a bar and an observation deck. In more detail.

P.S. My conclusion is this: for the sake of a tick, you can go to Lebua, but it is much more pleasant in Vertigo. And if you go to Lebua, then go to a restaurant by booking a table in advance.

Vertigo bar and restaurant on the roof of the hotel ...