A little about products in Poland and in Warsaw inparticular. Perhaps my opinion will be biased, but not for the first time I notice that there is no milk in Moscow, if this is not about farming, but about what is in a supermarket within walking distance. It is for her that I equate everything. Repeatedly compared with what is sold in Mtsensk-Orel (it used to be there often) and in the Krasnodar Territory. For me, so it was not standing next to. Naturally, we are also talking about store products. In general, the first, and then a couple of months later, the second impression of Polish products remained only good.

Sour cream 18% is "impossible", we have such a 30%,I had to buy 12%, otherwise, like butter. Daria drinks milk all the time, and also says that she is very cool. Found a delicious juice in Tesco / Carrefour, similar to the present, only expensive. It is clear that freshly squeezed will not replace anything, but I really don’t like the taste, where I’m going to be in Moscow now, I don’t know. We ordered the chicken for Yegor from farmers in Moscow, here you can take it just at the supermarket, it even looks different on the outside. About cheap cheeses Camembert and Brie keep quiet.

I liked that the labels are lessreadable, it is clear that there is what. Also thanks to this, you can choose bread without yeast or something else without additives (E), preservatives and dyes. Well, who cares, of course. True, in Tesco, in this respect, the choice is quite small, in Carrefour there is more, but due to the small section of Organic, the range is similar.

And that is not all. Prices! Compared with Moscow, the cost is two times lower, our spending on food fell almost one and a half times, and would have dropped even more if we had cooked more often, like at home (there is little time for that). For example, 1l of milk (with a normal shelf life of 2 weeks) can be bought for 1.5-3 pln, which equals 25-50 rubles (as of December 2014, the price was 15-30 rubles). Of course, not all prices are the same, something worth the same (cherry tomatoes, persimmon). Surely, there is something more expensive than in Russia, but nothing is immediately remembered.

I looked at the prices of products in Poland(in Tesco), but I didn’t have that much, because then I saw that the icon was drawn, they say, photography is prohibited, and somehow I didn’t continue. I wonder why such a ban ... I didn’t take pictures in Carrefour, the assortment is similar, well, maybe it is different, but we take about the same thing, that there, that there.

To get the price in rubles, you must multiply by 10 and add half of this amount (i.e., multiply by 1.5). Six months ago, it was enough to multiply by just 10. 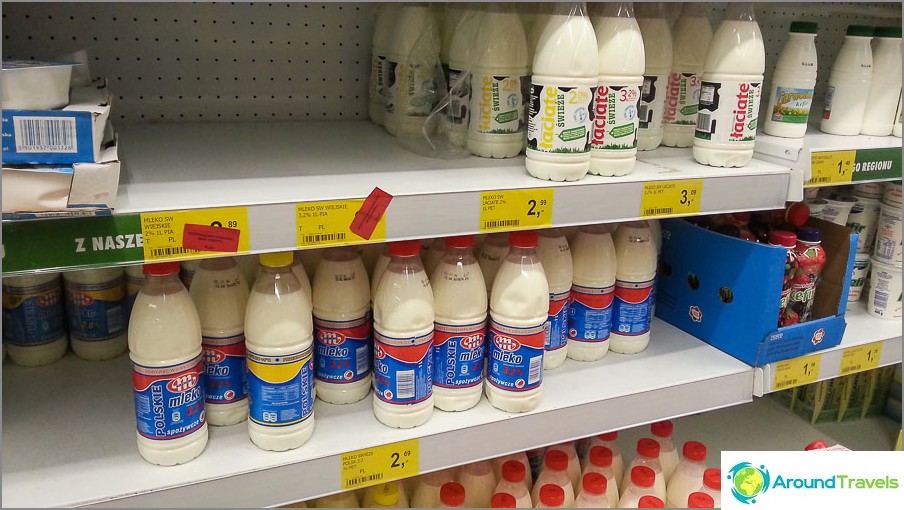 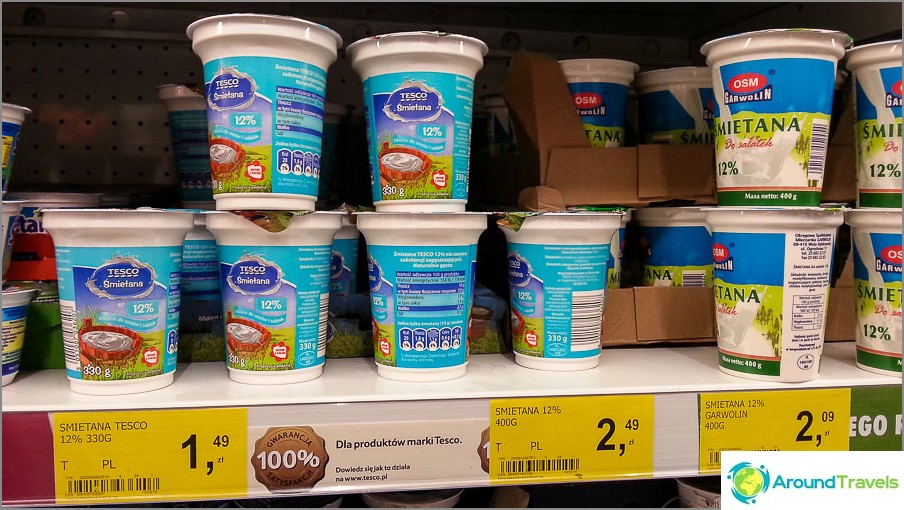 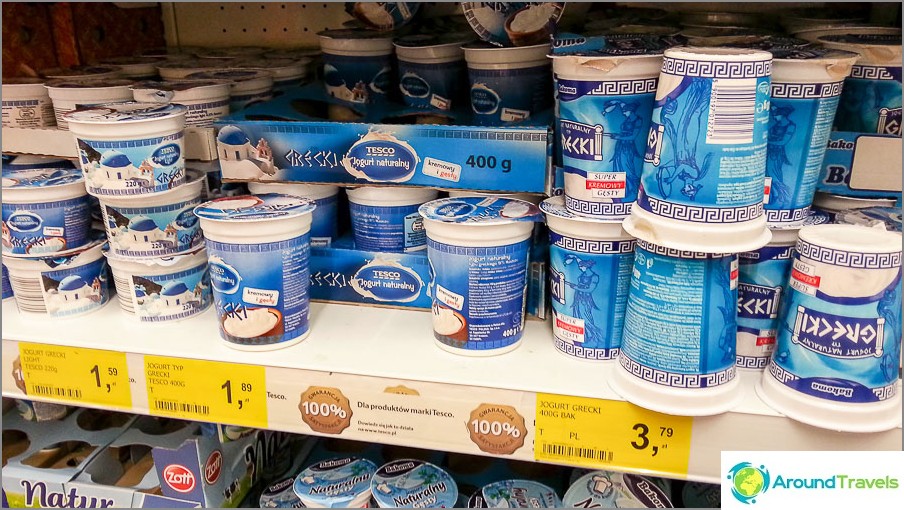 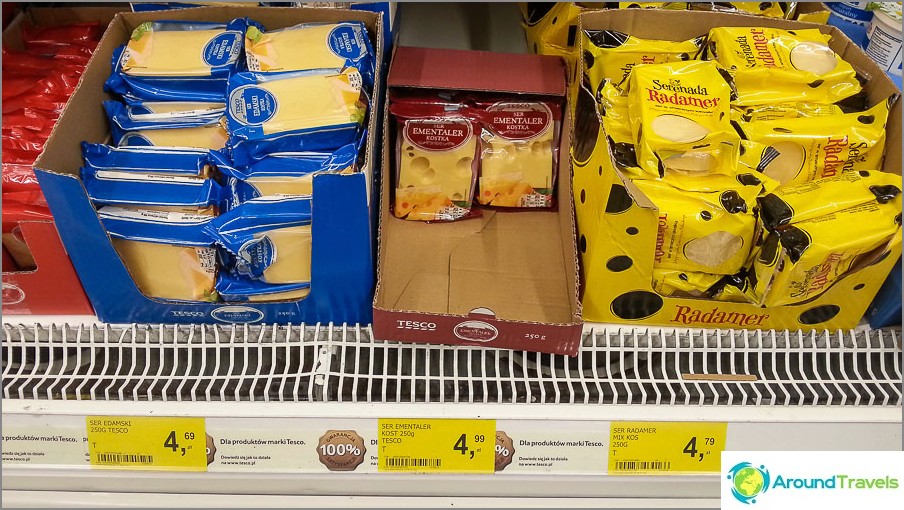 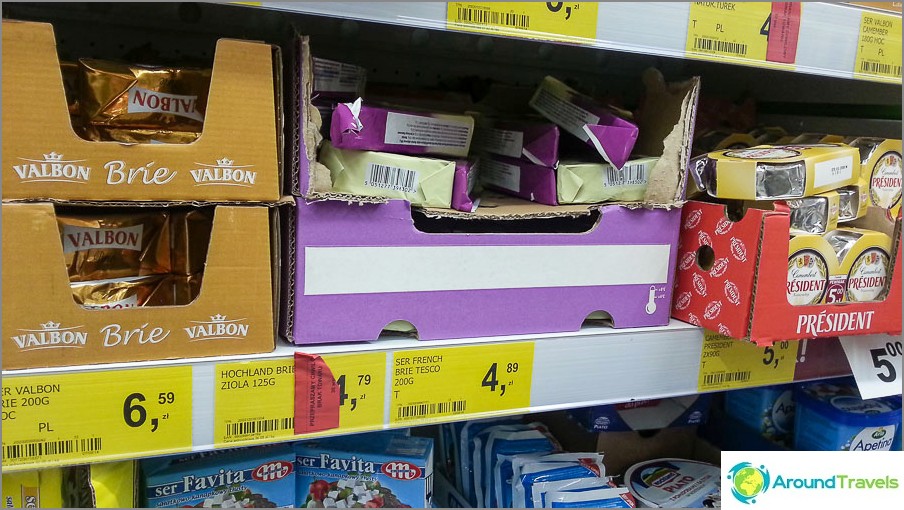 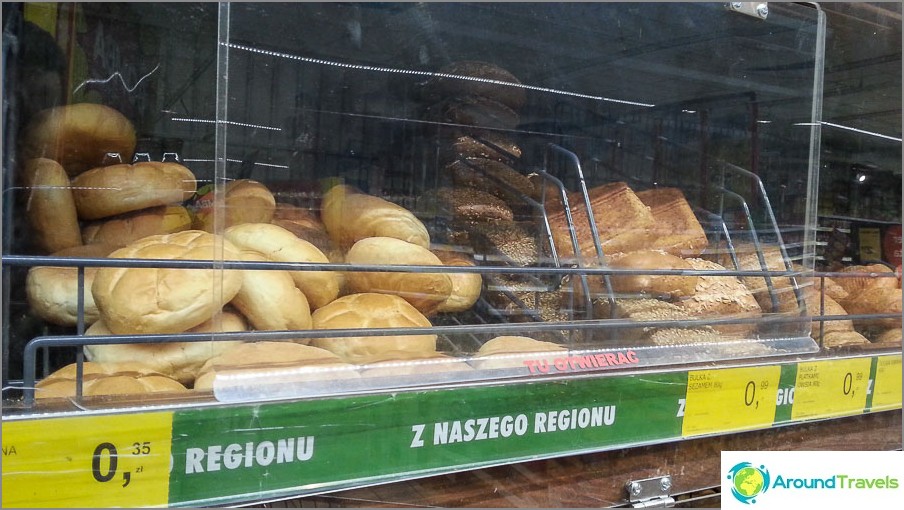 Plain bread as well, and buns 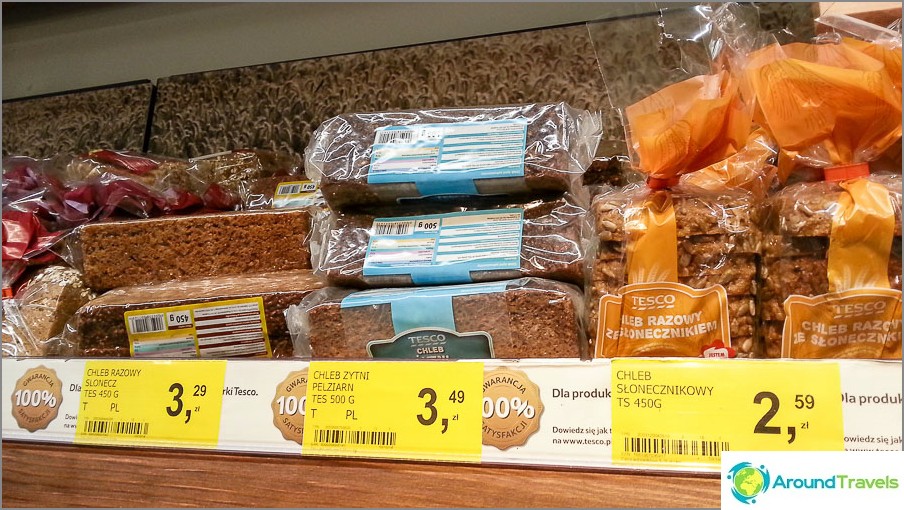 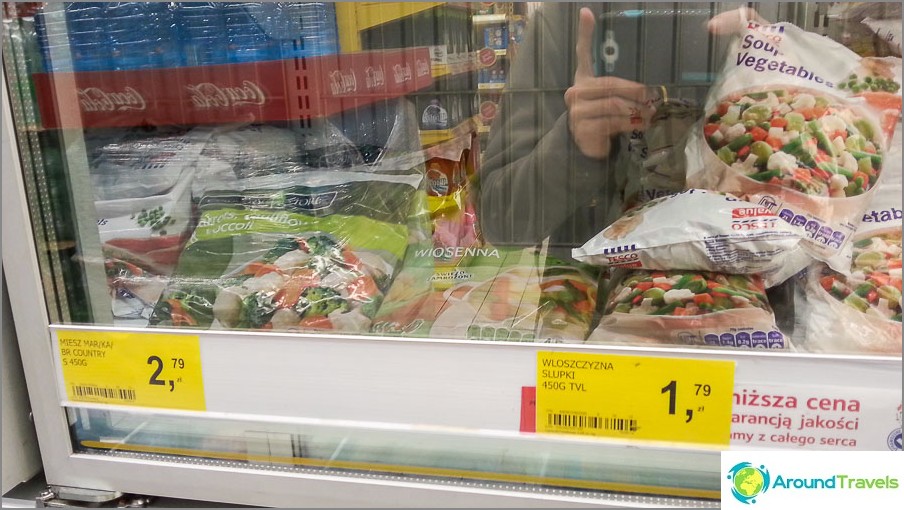 Frozen vegetables are quite inexpensive Delicious, but not very cheap juice, even Egor began to drink it 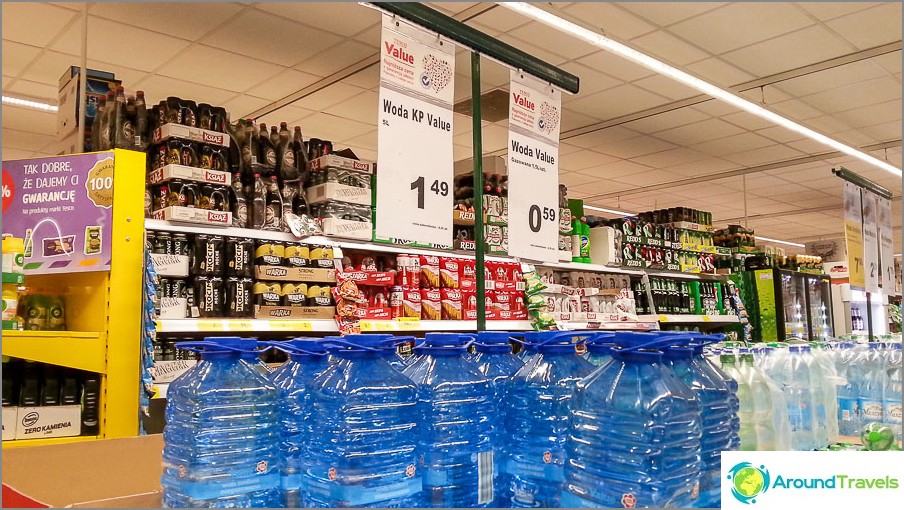 P.S. By the way, yes, cooking water was sometimes used from the tap, it is quite normal water, the taste will also come down. The forums say that, in principle, can be used. At home, in Moscow, only filtered drinking can be done, otherwise even the taste is disgusting.