ABOUT the dolmens of the Krasnodar Territory I already wrote. About what it is, where it is and why. And today we are talking specifically about the dolmens of Gelendzhik. Why precisely about them? And because they are very crowded and convenient to visit. Living in Gelendzhik itself or its surroundings, you can visit about 20 dolmens without special time and physical difficulties. In fact, there are more of them, but in more inaccessible places. You can find out more about the right place from any seller of excursions, but it is not necessary to buy the excursion itself. What else to see in Gelendzhikexcept dolmens.

You can and should travel to the dolmens of Gelendzhikold (lower) bus station. Almost every hour buses go to the Renaissance, Pshady, Mikhailovsky Pass. Drivers usually know where and what, you can ask where to get off. Travel by bus 20-40r. You can also go to hitchhikeIt is fairly light in the area.

And so the dolmens of Gelendzhik are in order, asremoval from the city of Gelendzhik. The location can also be viewed on the dolmen map below. Consider, in reality, there are much more of them, here are those where I was personally in the Gelendzhik district.

First, the map of dolmens, on which I was, and the location of which I can indicate more or less precisely on the satellite Google map. Some can not specify, because I do not know how to find them on the map.

Then, pictures taken from the Internet, where more complete information about the dolmens in the area. 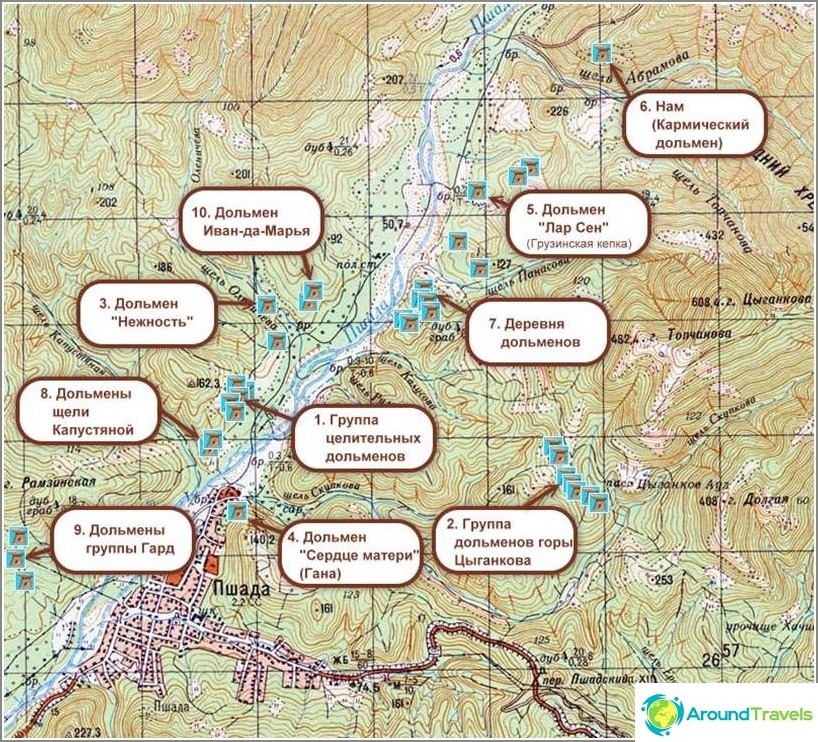 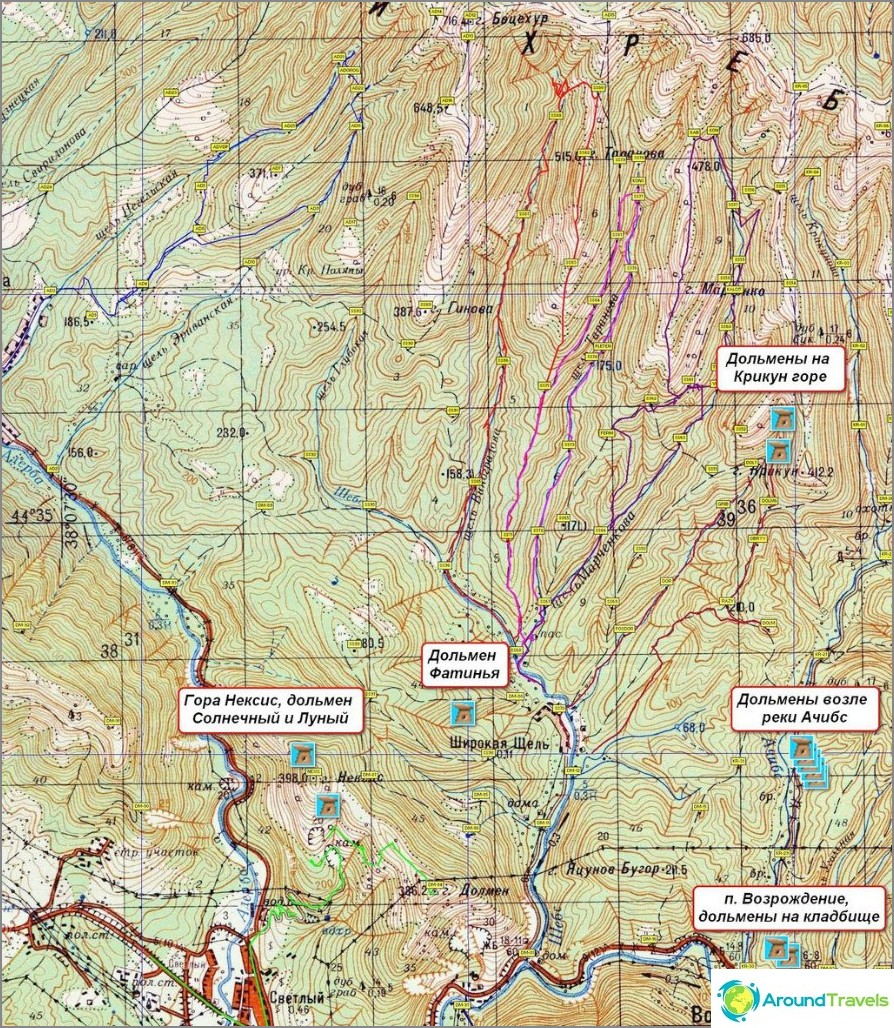 The entrance to some territories of the dolmens of Gelendzhik is paid, but relatively sanity, about 200 rubles, although it is not at all clear what they are taking the money for. There are truth and workarounds. 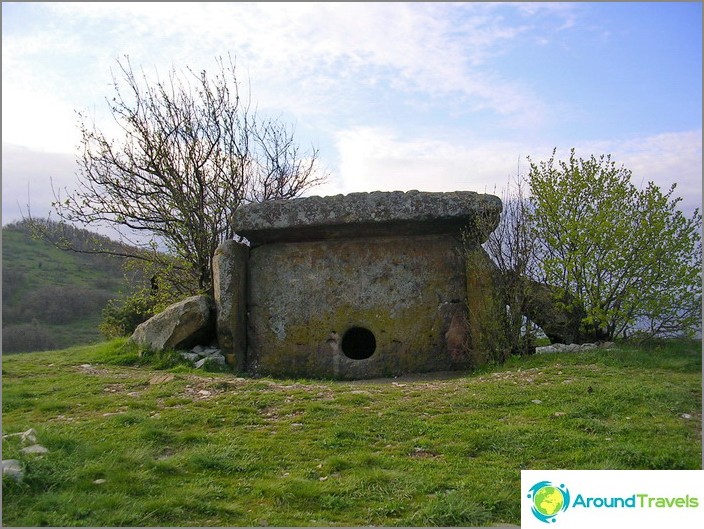 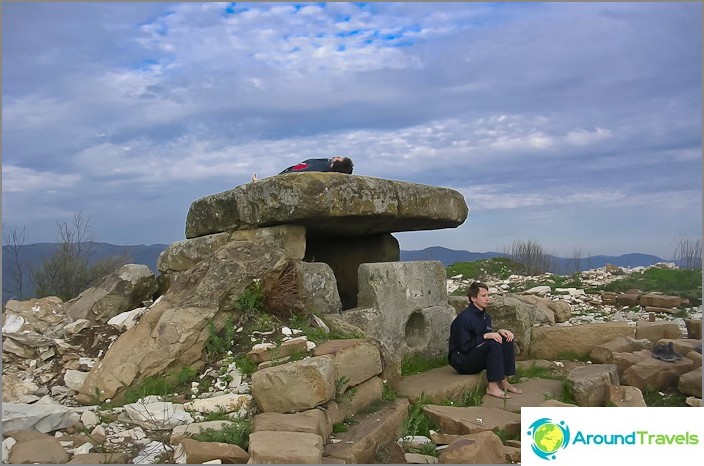 Dolmen Moon on the mountain Nexis. 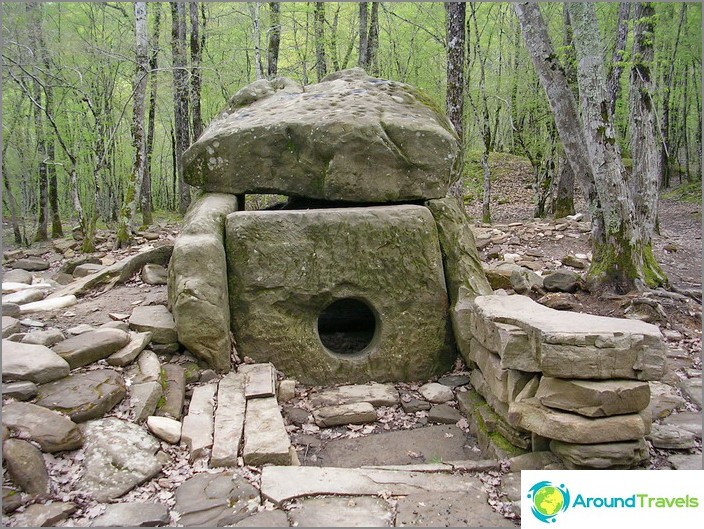 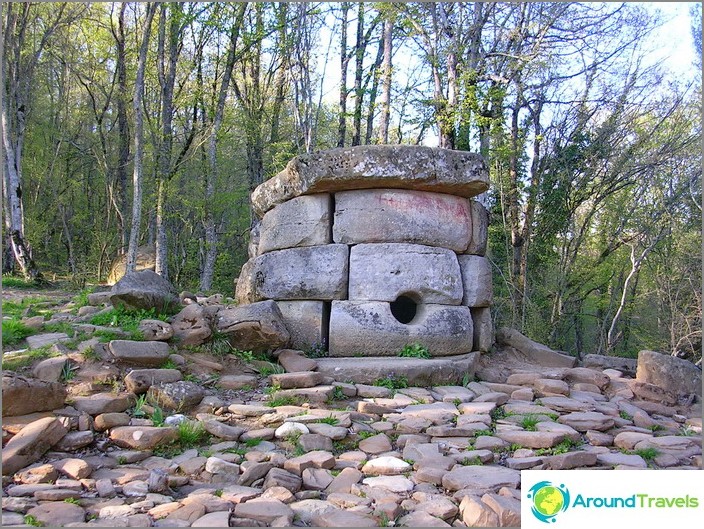 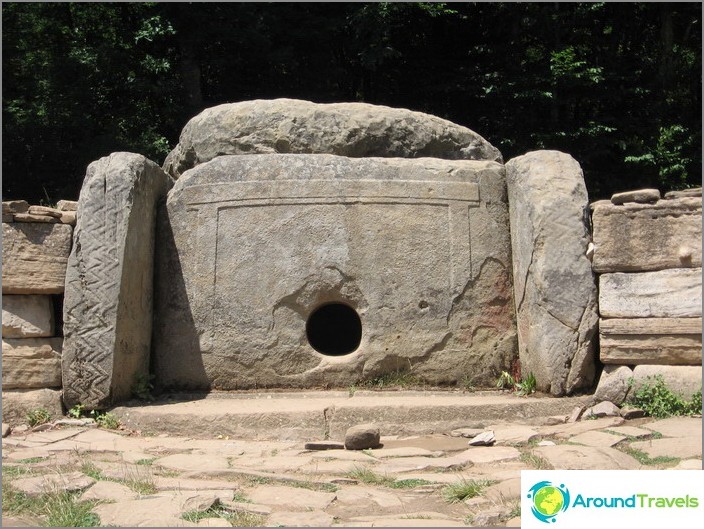 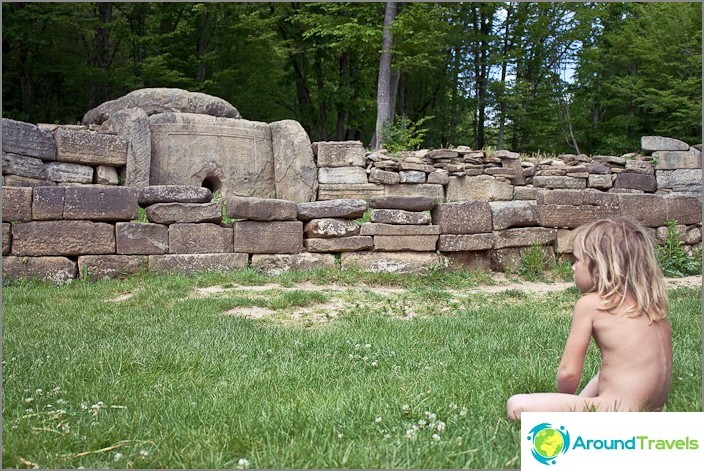 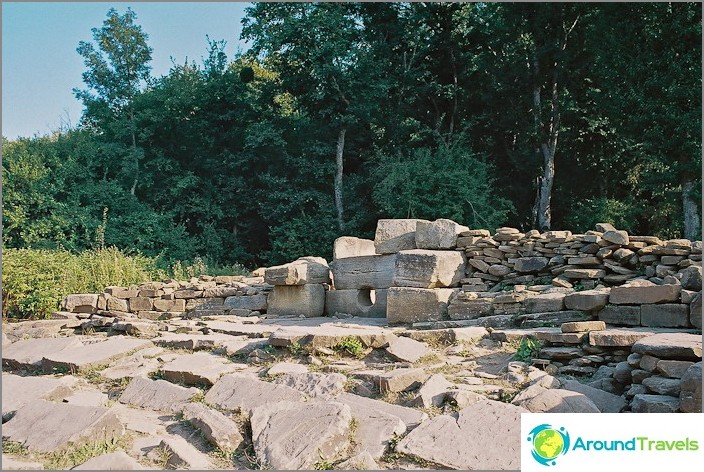 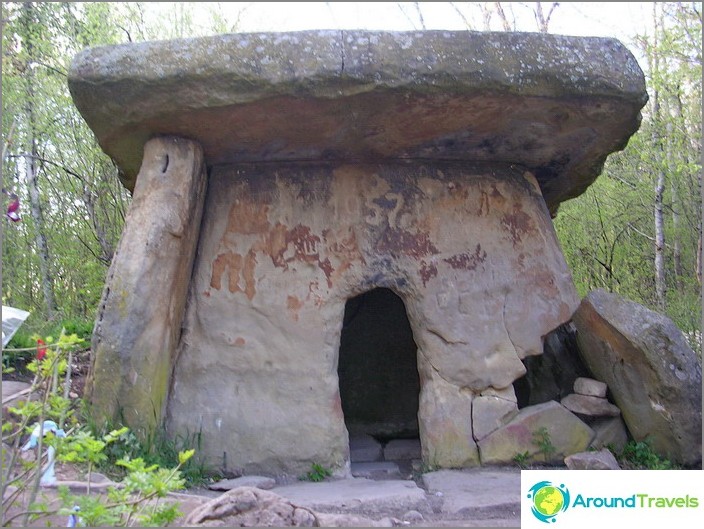 If you have questions how and where to get, write them in the comments to this post. What can I advise, I have already traveled the whole area. It is time to organize excursions.

Visa to Cambodia for Russians