Home>New articles>Goodbye Normals, or how all the downshifters muddy in the media

Goodbye Normals, or how all the downshifters muddy in the media

Something lately when confronted withtelevision, it begins to feel sick from lying or one-sidedness. Surely, many people know the Goodbye Normals project and the hype around it. Honestly speaking, I myself only recently found out about them, stumbled upon a TV movie in the social network. This is how it was necessary to turn everything around to concoct a spectacular story ... It was not disgusting for them to let it go on the air?

In general, I want to speak out in defense of the project andfree travelers, since the blogger himself started from scratch, he traveled 15-30 thousand a month, that is, I know what is behind this, what values ​​and philosophy.

Briefly about the Goodbye Normals project. Nikita and Hannah set off on a world tour, hoping to spend 30 thousand rubles per month (we lower now the help of relatives and fans of the project). For almost two years of their journey, they gathered around 45 thousand readers on Vkontakte and 16 thousand on Youtube. For many, they have become an ideal couple, a role model, and recently they suddenly fell out and split up with a crash. Hannah wrote an emotional post in the group, that everything is a fiction, deleted all the videos of the project, and then it went. Now there is little information about them, content is slowly being restored. At the time of the crisis, a special project was created in support, which from the side covered the events around the project. 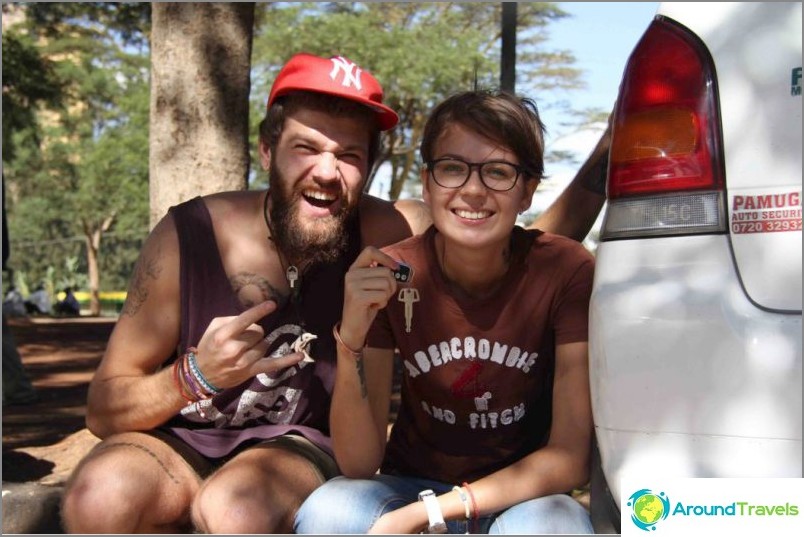 The media and the channel Russia 24 immediately caught onthe story, the dirt and the roast smell. As long as the guys were fine, they were not needed by anyone, although they offered to talk about them. And here is such a topic, such a final, it's time to point with a finger and say ah-ah, we warned, unambiguously hinting that you are welcome back to the system, and let all the "abnormal" people go through the forest. On this clip, you can write a manual for the yellow press.

Hitting all the "abnormal"

In the TV commercial (about the guys) is a frank hitting on downshifting (consider other life values) and seriousopposing full financial well-being to all other scenarios. That is, if a person earns a little, or if he decides to travel enough, then he should immediately get stuck in full.

I watched the movie and thought a lotapplicable to us. And, oh God, we already lived even in the 15,000 rubles / month in Moscow / Thailand, apparently it is necessary to squeeze it out at once with the light for it. And I remember when I wrote post about our costs, he climbed into the tops of LJ, and such "sympathizers"People decently found. Here they could not sit quietly, it was necessary to hurt and write some kind of crap. An inferiority complex or what? Or wounded pride that someone needs less in life? Or unrealized dreams hidden under the mask of contentment? By the way, the media then and our history was taken apart and distorted, and someone even reproached Surkovskoy propaganda, well, is it not paranoid? 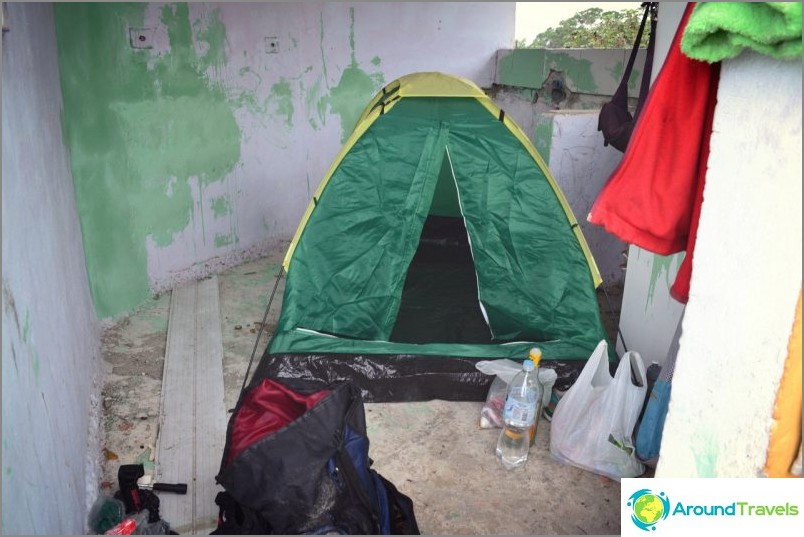 Tell me, where does all this people come from? Well, I chose this or that person for an economical life and was pleased with it, it’s a deliberate choice. He is not a moron, that he quit his job, that he decided to reduce his spending. Probably, if comfort and money would have played such a significant role for him, he would have built a career and would not have embarked on an adventurous world tour.

It's funny that I met such backpackers fromother countries, communicated with them, looked through their Facebook profiles, and did not see anything in the society of general condemnation, especially if they are young people who just need to find their place in this world. On the contrary, the packers themselves told me that it was almost customary for them, before getting involved in adult life, to travel like that and understand what I wanted to do. And now I’m not talking about the fact that in itself the creation of such a project as Goodbye Normals is akin to a startup / business, that is, the work itself. 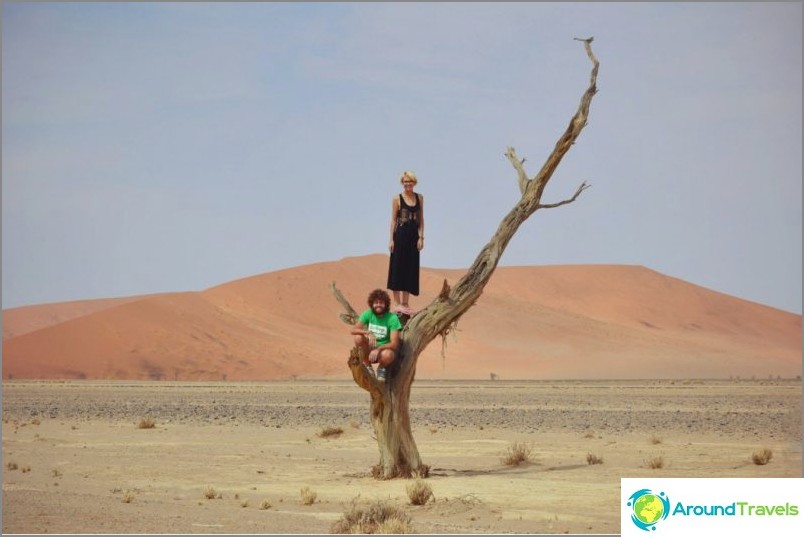 In the TV spot you can see the moments torn fromcontext, and special inaccuracies made in favor of the view that any deviations from work-home-work (and from the goal of making money) - this is not normal. These inaccuracies cut the ears of those who lead a similar lifestyle, and who are exactly the same follower of free travel. I mean it myself. Moreover, the director of the video did not even bother to understand the history and made such blunders that it should be a shame (for example, Nikita himself deleted all the videos). And how was it possible to talk about the fact that they showed off their lives, and the type was all bad? Really, if you get to the office, do not save, do not travel, then life will be perfect at once, and there will be no personal quarrels and difficulties in it? Rave!

The most annoying thing is that the one who looksnot in the subject at all, but also suffering from something that is not in its place, from which it will once again lose faith in the fact that the world is not quite the same as it is trying to present to us. 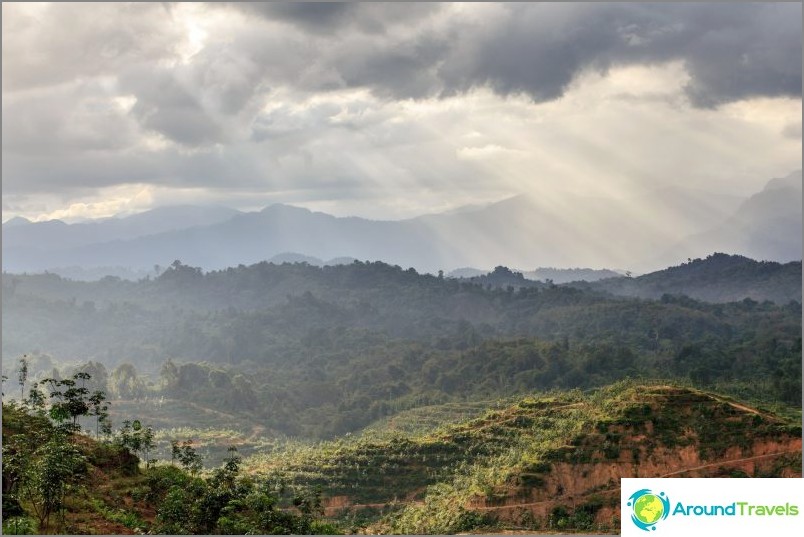 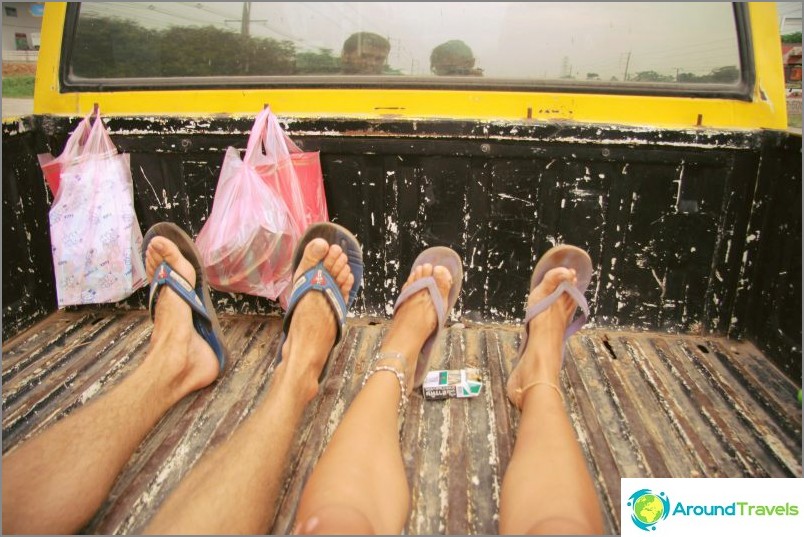 Of course, the main reason for all the hype wasHannah’s statement, however, it seems that the spiteful critics were waiting, waiting for a reason to immediately stick a bunch of labels from the “ugly end of a beautiful story” series. Apparently it became easier for them to feel that everything could not be so sweet and good, they found, so to speak, confirmation of their fears or unwillingness to change something in their lives. After all, it is unrealistic, and the guys did not succeed. Although in reality the project is successful, only personal relationships did not work out.

I remember how much I got at the beginning of bloggingcritics in your address, and like go work, and nothing happens, and the fact that if I don’t want a renovation in the apartment and an expensive car, then I’m not worthy of being a man right away. But neither I nor Goodbye Normals did not impose their lives on anyone, just shared their experiences. So why is it generally necessary to impose? Why do all people with the same brush?

Try it yourself to test your relationship.

I specifically do not want to say anything aboutrelationship guys, it's their own business. And even though it came to the public’s judgment, turning into Dom2, but still, it doesn’t concern us all, they will figure it out. Not our business. Moreover, we did not hold a candle, in fact, the word is one against the word of another, and we will never know the real truth. 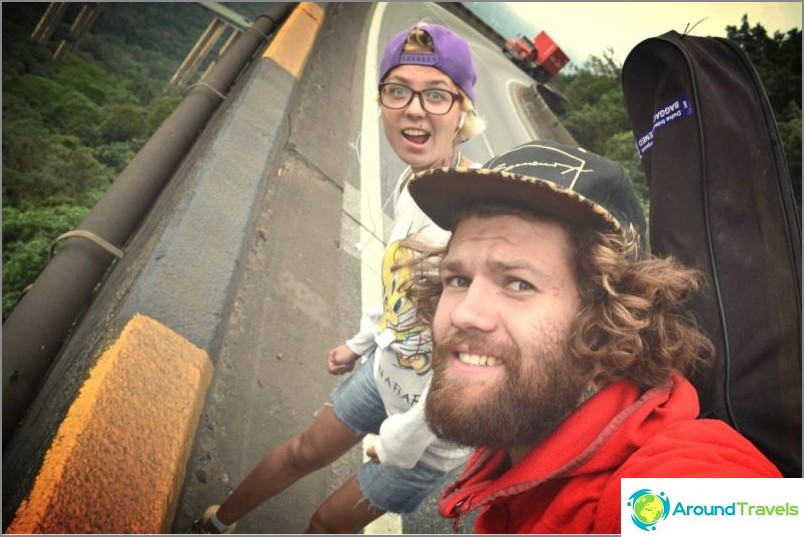 And many probably do not know how to livewith a person 24 hours a day for several years. 90% of "happy" marriages would fall apart if they were placed in similar conditions. Yes, even under normal conditions, you look at what percentage of divorces. As a rule, spouses simply do not know each other, marry out of stupidity or in a fictional way. And just such a close life, as in a long journey, tells everything about a person. There is a year for 5 comes immediately. Consider living for two years with a man, it's like 10 years together.

By myself I know, since Daria and I are around the clockNearly 4 years, and not just see each other after work for a couple of hours a day. Believe me, in this mode it is much more difficult to create relationships, I have something to compare with. After all, there was a period when we, like many, saw each other only in the evening, did not even know the problems. So it is perfectly normal when couples disperse after such tests, and better sooner than later, while there are no children. In general, I would arrange such checks for all newly-weds, because then, for the children in single-parent families to grow, then he grew up without a father, there is nothing good about that.

Only, if the usual divorce is the norm and is not discussed, then a similar quarrel in the journey is a direct move and immediately a story for the media. Oh well.

Probably, someone will ask why I wrote all this. My answer is that I was hooked on TV, I perceived it as a personal challenge. And such attacks are not the first time occur. Such videos tarnish the honor of travelers, travellers, wintering men, downshifters, and they do not at all promote tolerance among people, which in Russian society is already lacking. No tolerance, just that - immediately on the count. Perhaps, it is precisely intolerance to the opinions of others that most infuriates me in our mentality, that’s what I want to escape from, to far away. Why should I have to listen to statements about my lifestyle, and sometimes in a very rude manner? And in general, why is any criticism, when it is not asked?

In general, once again sadness. I'm waiting, waiting, when all the people on earth will realize that they are different, and that suits one, does not suit another. No, and there will never be universal recipes / formulas / lifestyles for all at once. I really don’t understand how, for example, you can butt because of food systems (meat eaters vs vegans), religions (Orthodox vs Muslims), work format (office vs freelancing), lifestyle (homebody vs traveler). To each his own.

Unfortunately, my utopian naive dreams,when everyone lives peacefully, it does not come true ... Well, guys are great, anyway, such a popular project is a success, no matter what anyone says. I can only wish them good luck, forget everything and move on, albeit in different directions. And Nikita has a separate respect for the project, let it continue to develop!

P.S. Trolls and who can not express their opinions without going to the person, bath immediately.

How is life in Latvia in Amatciems - ...

The competition ends: we vote and choose a hat!