Hitchhiking in Russia and not only - dispel myths

Facing often that journeyhitchhiking is perceived as something dangerous, adventurous and negative, I want to dispel some myths and share my impressions of my travels in Russia by hitchhiking.

Hitchhiking is freemovement by passing cars from point A to point B. For stopping the machines, different signs are used, but more often it is an outstretched hand with a raised thumb. Knowledgeable drivers immediately realize that a person is hitchhiking. But after stopping the car, it is not unnecessary to ask, throw, they say, hitch-hiking to that place. In general, I advise you to read the book by Anton Krotov about hitchhiking, there he talks about his travels in Russia and other countries, about the basic rules and so on.

My experience is much more modest, about 10,000 km. Of them, the journey Moscow-Gelendzhik-Tuapse-Moscow and moving for 5 years in the Caucasus every summer, part of the way from trips around francea couple of hundred kilometers in the back of a Thai pickupand an attempt to drive through Turkey through various means of transport, including hitchhiking from Kemer to Beyshehir.

So, the first myth: no one will stop

Stop, and how! In line lining up to pick me up! The mood is important, so that was. When I first went, too, doubted, but after several stopped cars, doubts go away. I asked each driver, they say why they picked up. Some were surprised back, so you stopped ... They also choose because they see a person with a backpack, so he is a tourist, and the tourists are good people. Sometimes the drivers themselves are tourists, and they embark on stories about their travels in Russia. Rarely, but there are people who know about hitchhiking, so they drove themselves, or their friends. Generally, outside the cities, people are simpler, and it’s not difficult for them to give a person a lift, but at the same time talk about life. 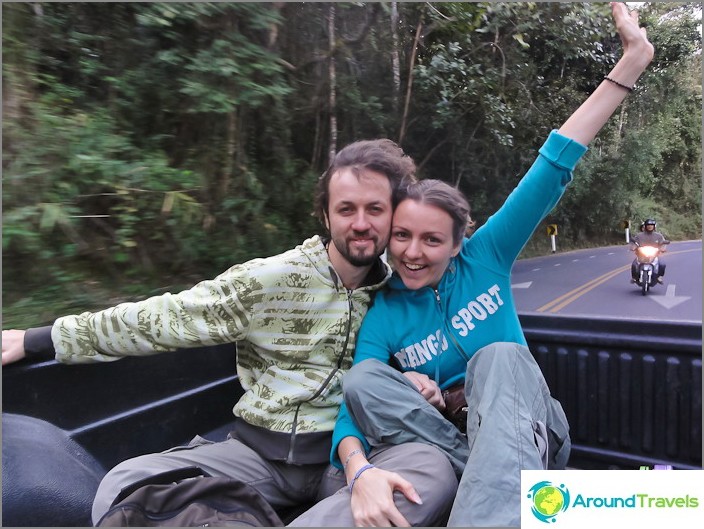 In the back of a pickup truck

It is so dangerous to leave the house at all. If you look at the statistics, how many people die in car accidents, you should not get behind the wheel of your car. And planes fall is not rare. The horror that is happening, all stay at home! Everything should be done with the mind simply, then everything will be fine, and in my head, so that the order was, this also affects the situation. There is such a theory that with good people, bad things don't happen in vain, and the campaign is not a theory at all. I have a lot of friends who practice hitchhiking, and I have not heard from anyone that there were serious problems on the road. I would like to clarify that among these acquaintances there are young beautiful girls who travel alone. In general, drivers are good people, bad people will not stop. Often they are even offered tea, brewers, and fruit. I even slept in the cab of the trucker, it was cold outside. 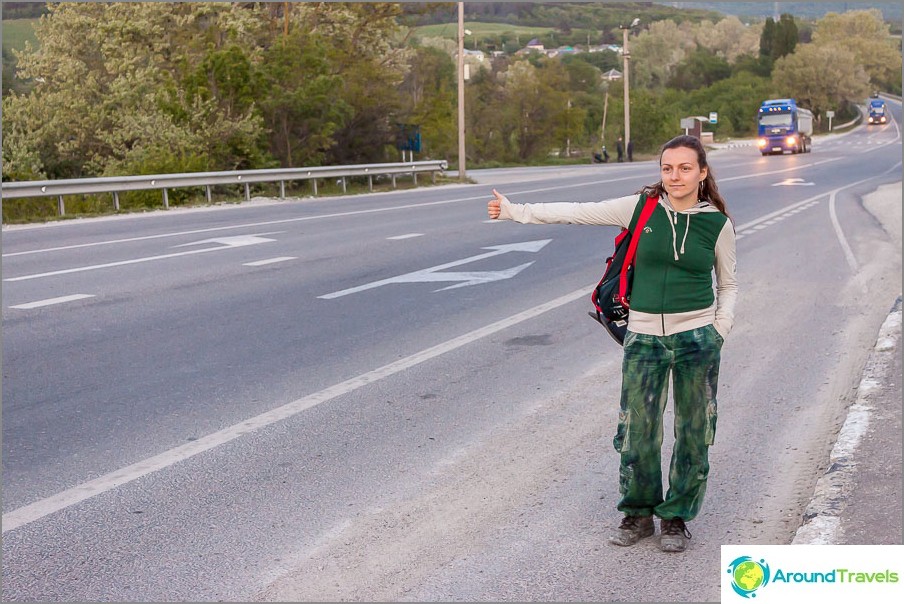 Hitchhiking somewhere in the Krasnodar region

In the central part of Russia, where there is a lot of traffic,the speed of movement between major cities, a little longer than the train. I traveled from Moscow to Gelendzhik in 2 days, with one overnight stay on the way. But if you are in a hurry, and you need to be at a certain time, or you need to get to a point away from the main roads, then it makes sense to use a transport that runs on a schedule, well, or leave with a margin of time. Yes, and no one bothers to combine hitchhiking with traveling on paid modes of transport, it turns out more universally. 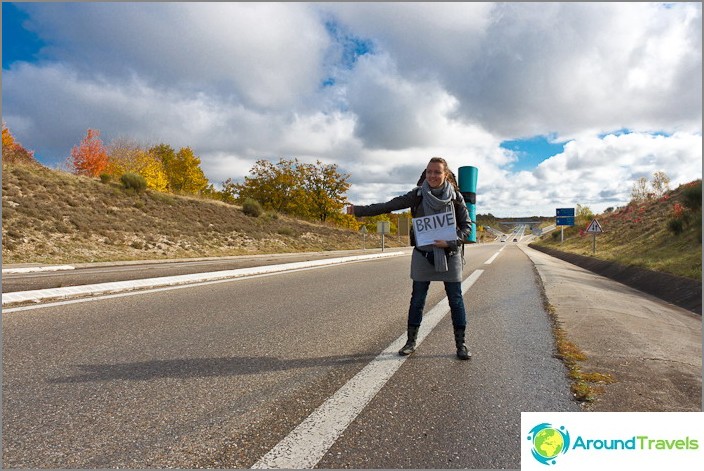 In Europe, we covered about 1000 km, the rest by car of friends, by train and by plane per day

Honestly, I myself do not know what it is. Surely, the opinion of some "blonde".
In fact, hitchhiking is not muchdifferent from traveling by own transport. You can eat in a cafe, spend the night in a hotel, take a shower in time, and so on, of this good along the way in bulk. There are also rivers and lakes, where you can swim in the summer for free, if strained with money. I once wrote about smelly stopmenI met as a driver is unpleasant. But it depends only on a particular person, in what conditions he will travel and whether he will observe hygiene at the same time, and this is not at all connected with hitchhiking. 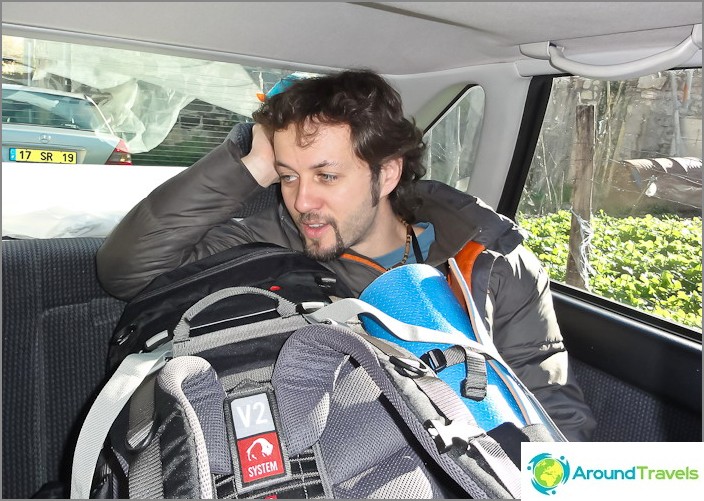 Washed, with clean clothes and a backpack

Myth Five: why do you need it?

Many hitchhikers travel around Russia and the world.not because of the saving of money, but simply because it is high on them. Firstly, it is interesting to communicate with different people, from different sectors of society, to feel someone else's life so to speak. You just can’t think what you don’t know. By the way, expensive cars, with cool guys behind the wheel, also stop. Secondly, for some people it is a shake-up, a change in the familiar comfort zone. Thirdly, this way you can test your attitude towards the world, towards people, and the attitude of the world towards yourself. And yet, there is so much interesting on the way, which you will not see from the train window, and even more so the plane. 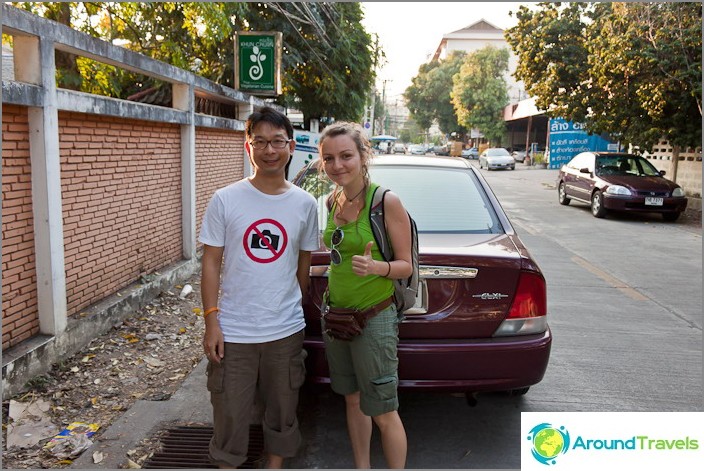 Hitchhiking is fun and interesting!

If you want to try hitchhiking, then read Autostop rules.

Happy hitchhiking! In Russia and not only!

Why do we run with Egor from the winter ...

Visa to Bali for Russians