Home>New articles>Rest in Sharm el-Sheikh: walking, snorkeling and all that.

Rest in Sharm el-Sheikh: walking, snorkeling and all that.

Unexpectedly, we decided to try out the rest inSharm el-Sheikh in Egypt. We bought a hot tour and after 2 days flew away. I am not at all a fan of beach holidays, but the desire for warmth for modest money has taken up. Yes, and my wife has long promised a similar trip. True, we were not going to warm the belly for the whole week, but were supposed to climb on mountain of moses in egypt (it's almost trekking!) and visit Guise and her ancient pyramids and the Great Sphinx.

The first shock I caught when leavingplane in egypt. In Moscow, it was -5, and then after 4 hours of flying it was +25 right away. It seems nothing special, but when you live all winter with thoughts about when the summer comes, the roof can go at such a jump in temperature. If you go in the middle of winter and for a few days, then the rest in Sharm el-Sheikh is fully justified. 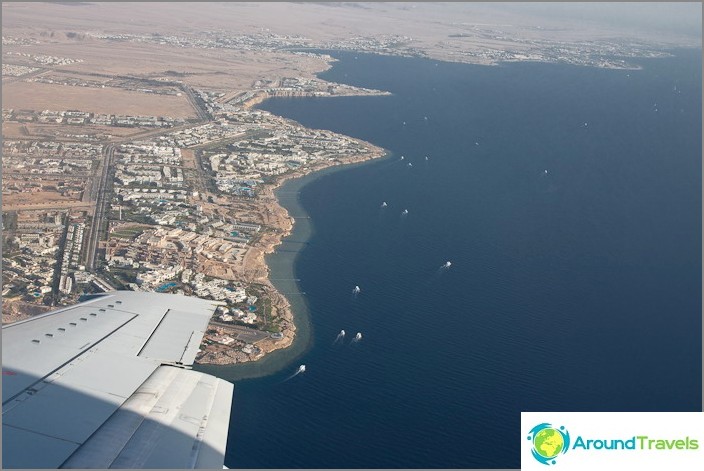 Egypt. Sharm el-Sheikh from the plane. 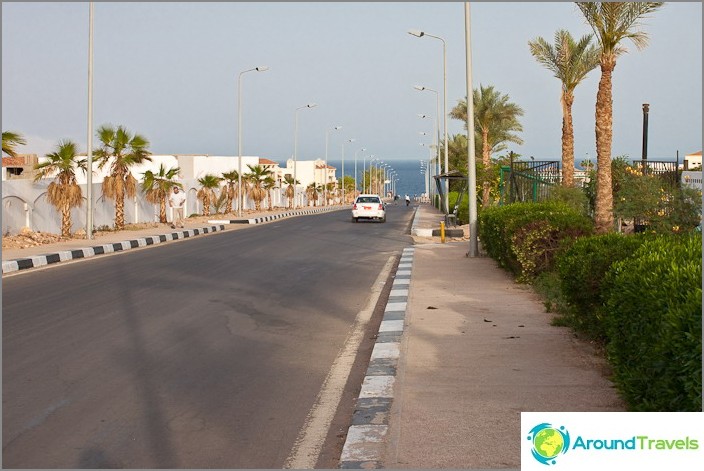 Sharm el-Sheikh - a pleasant resort town,something like our Caucasus. Solid hotels, and small shops, located on three lines - the closer to the sea, the more expensive and zvezdatee. In between the lines are pieces of the desert. 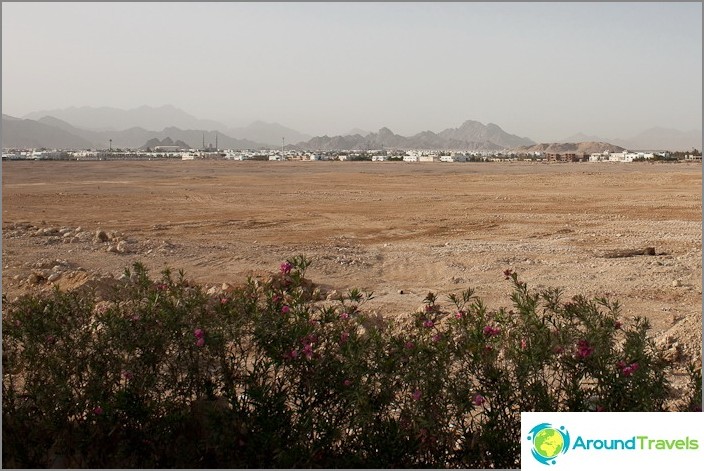 Sharm el-Sheikh. Near the hotel.

Our hotel was called Cleopatra, the stars did not shine,and was on the second line. Despite this, very pleased. And food, and number, and location. That's what the reviews on the Internet mean, do not deceive. Even if to spend all the rest in Sharm el-Sheikh, he would have approached, although this is not our case. 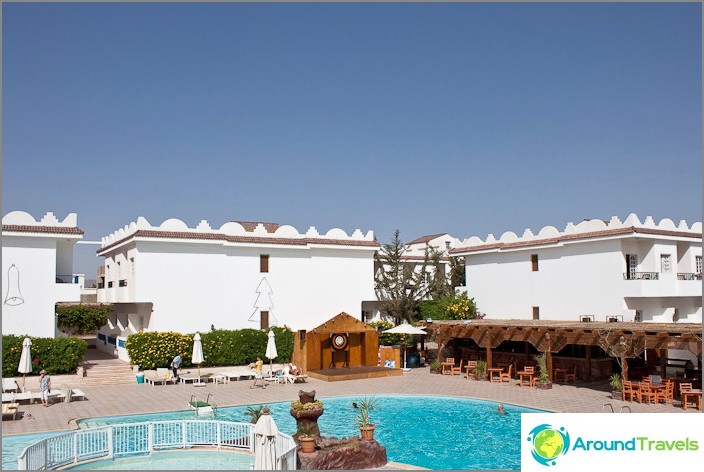 There is such a traditional dance in Egypt - mantwists skirts. And it seems to be something special, but when I saw it, I understood the poor fellow: for 40 minutes he was spinning around his axis, spinning 2-3 skirts with different parts of the body. Interesting head is not spinning after that? By the way, there is such a method of recovery in the East - to twist the energy whirlwinds, rotating around its axis. I wonder if there is a connection ... 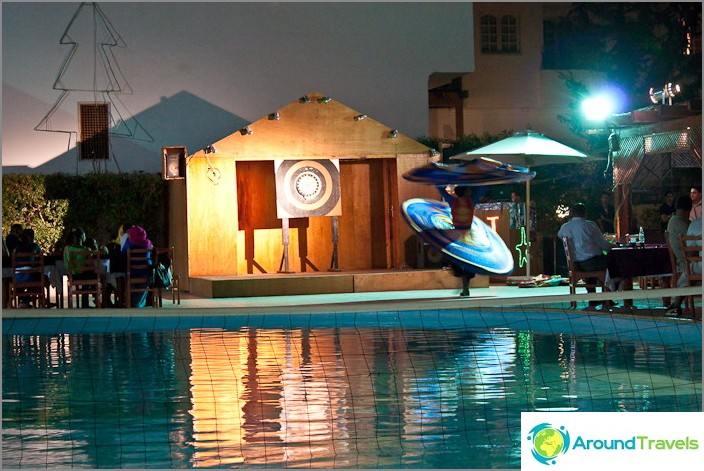 Animators in the hotel.

The beach was 10 minutes walk total. As I understand it, this is rare for cheap hotels. Basically, they carry on small hotel buses, which rarely go, and by the principle who managed to sit down (it is impossible to stand). At the same time, our beach turned out to be, as I understood, very, very good for a first holiday in Sharm el-Sheikh, although it was paid. Free, they say, is poorer by the wealth of the underwater world. 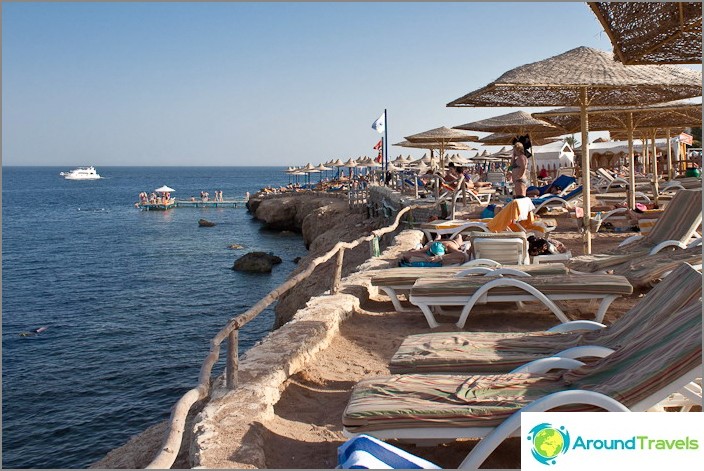 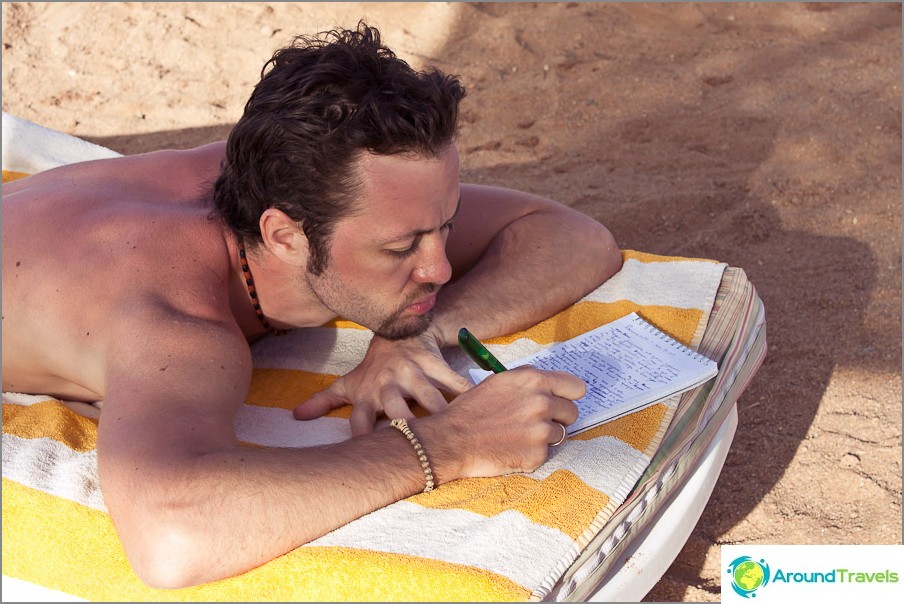 I write an article for the blog

Most of the beaches in Sharm el-Sheikh are steep, without the usual coast with entry into the water, so pontoons or walkways are made, 5 meters has passed and there is an abyss under you. 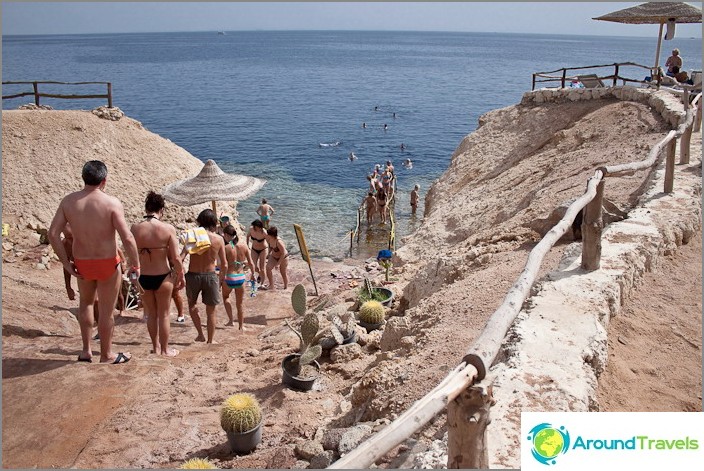 Rest in Sharm el-Sheikh. Descent to the sea.

Red Sea is something! As I now will swim in the Black Sea, I will not put my mind to it. Fantastic bluish-green transparent water, multi-colored corals, colorful shoals of acid-colored fish, very rich underwater world. Saw a slope and moray eels, brr, monsters. I realized that such a snorkel, and even dive with scuba did not want. Remember this word "snorkel"! Yes, only you need to buy a normal mask in advance.

Snorkeling - snorkeling onwater surface. Unfortunately, in the Black Sea you can fall asleep while doing snorkeling - boring things. Eh, now the sea will be associated only with a holiday in Sharm el-Sheikh. 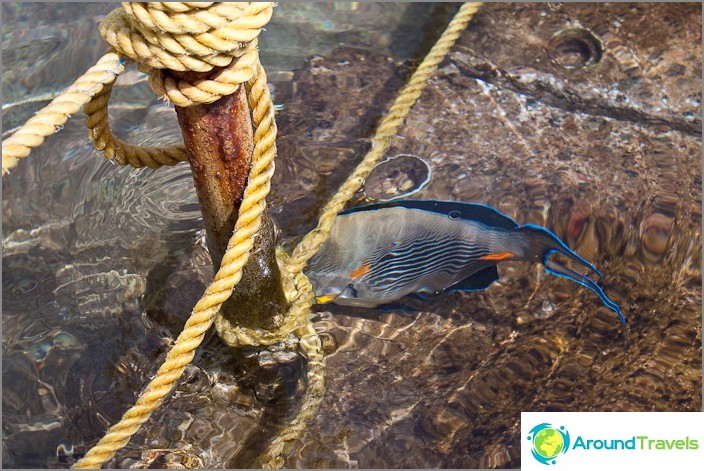 What else does a holiday in Sharm el-Sheikh include? Right! Bars, cafes and discos. But I don’t particularly tell about them, because I am not a party-goer. You can walk through IL Mercato - this is such a European-style street with shops and cafes. 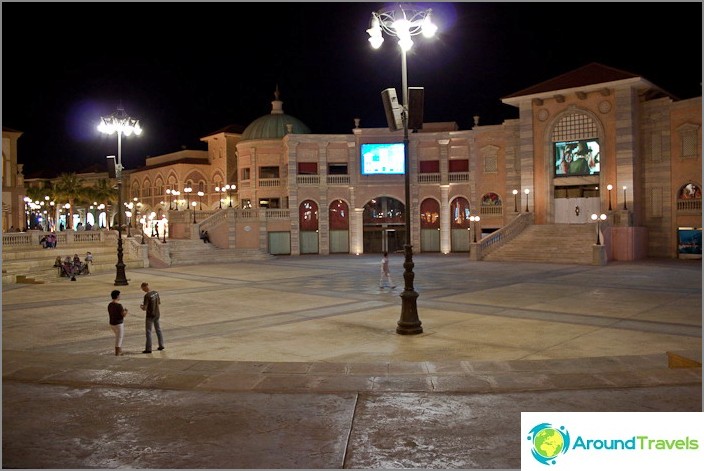 And go to the entertainment complex 1001 nights. Representations there are boring, for the money that they ask for (it's better to have a walk inside for free during the day). But there are 1001 shops nearby, dazzling with millions of souvenirs and other equally useful dust collectors. 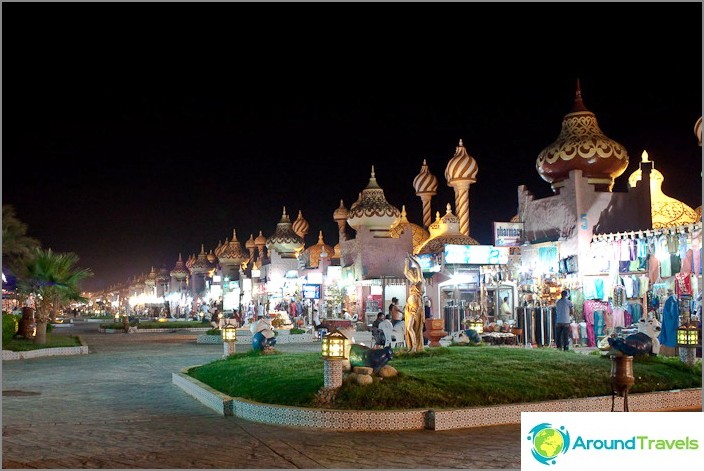 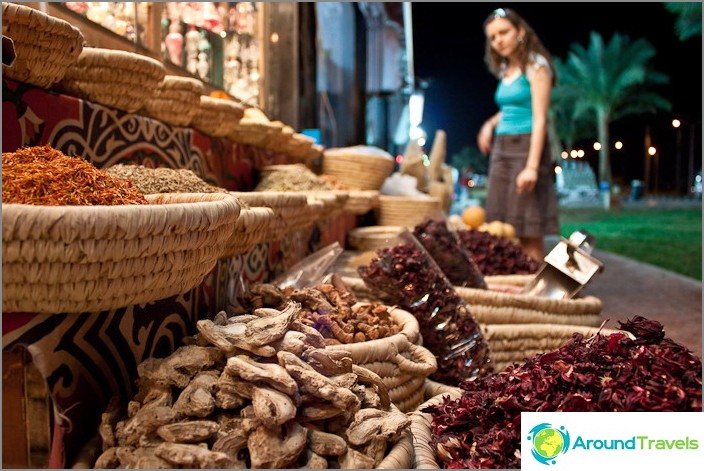 But the return was painful breaking. From heat to cold, from the sun to the clouds, from color to gray. Well where it is warm! 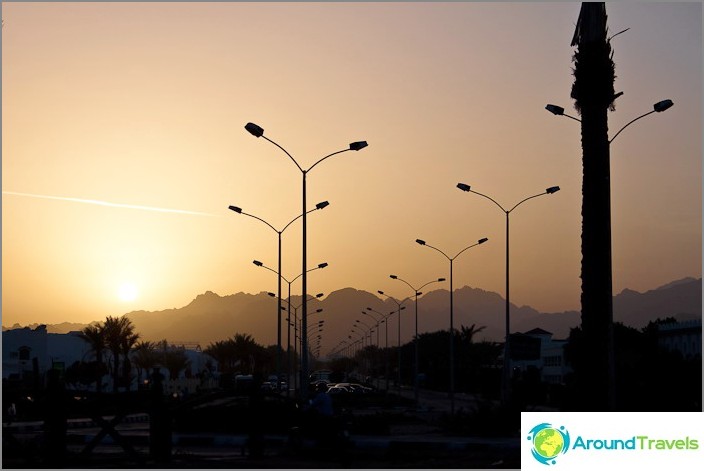 Yes, and finally, a banal photo with a goose, found in all the stories about the rest in Sharm el-Sheikh or Hurghada. Do not keep ... 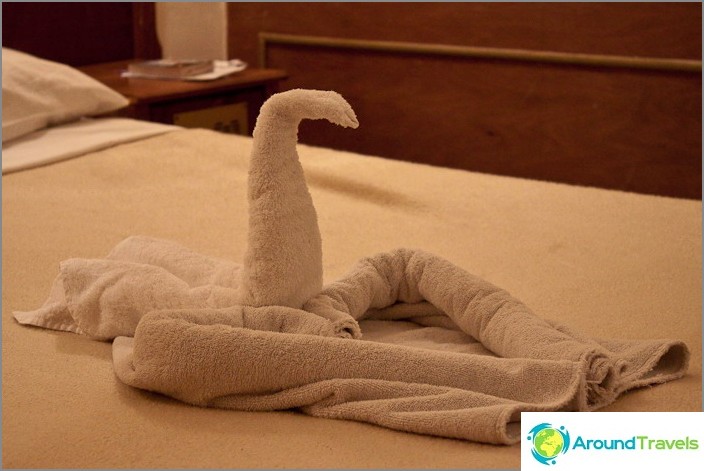 Geese, by the way, they sculpted us according to their mood, and oddly enough in those days when they did not leave a tip.

Features of Thailand in pictures - Part 2

A note in the magazine of the airline Yakutia - I ...