Let's tell you how I saved 45 thousand rubles.when buying a camera in Thailand. Regular readers know that a few years ago, I switched to the Sony a6000 mirrorless from a Canon 7d SLR. The main reason is the weight / size and the fact that the mirrorless ones are no longer inferior to the DSLRs technically. Rather, the question of cost arises, because having a SLR can be cheaper.

Having used the Sony a6000 for 2 years, I totallyI was satisfied with its capabilities and quality of images. But time passed, it was time to change the camera. Having successfully sold it, I was left without a camera at all, so I bought myself a Canon G7 mark 2 with an integrated lens, a rotating screen, a stabilizer in the carcass, and a good autofocus. This is not a mirrorless camera, but a compact camera (matrix 1?), But there were many positive reviews about it. After all, I had to go to Thailand and I could not go without a camera. Since I didn’t want to buy a Sony a6300, I was waiting for the a6500 model (it has a built-in stub), but it was not yet sold in Russia at the time of my departure.

Following a 2-month trip to ThailandI can say that using a very small camera (Canon G7 mark 2 weighs only 300 grams) is very convenient. Really lies in your pocket and is always with you, and getting it easier is simple, no additional bag-wallets are needed. In general, I quite often wore it simply in a waist bag or in a pocket of shorts. And for blogging, when the main goal is not to show beauty, but to display information, it is enough. Yes, the ISO leaves much to be desired (1600 is already so-so), the dynamic range is not ice and the “picture” is also not a mirror. But in general, for a small pocket camera worthy. At one time, she was very popular with video bloggers, as it is perfect for selfie video. I also had thoughts to do a vlog, but I changed my mind.

I do not argue, for such tasks, in the afternoon with goodlighting, you can also take a phone, but still the optical zoom (24-100 mm), shooting in RAW, the ability to get at least something at dusk and much more comfortable ergonomics than on the phone outweigh. So while I can’t always use the phone for work, I’m still not doing 1-2 pictures, but bring hundreds of gigabytes from my travels. 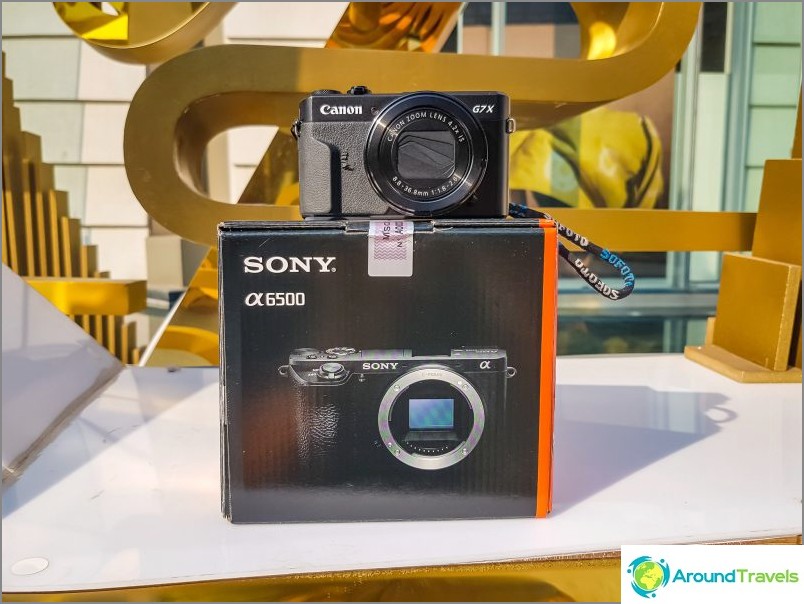 In Thailand, bought the Sony a6500

How I bought a camera for 45 thousand rubles cheaper

Before flying from Thailand to Russia, I went toSony website and saw that the camera began to be sold in Thailand (and in Russia too). Everything was according to plan. I knew beforehand that the European version of the camera was being sold in Russia, which for some reason was much more expensive, and the cheaper American version was being sold in Thailand. Differences, as far as I know, no, except that the English language in the menu instead of Russian. I don’t know how much it costs in other countries, so I’ll just say about Russia and Thailand, how much is the Sony Alpha ILCE-6500 Body.

Perhaps the camera was cheaper on the collapse of thePantip Plaza in Bangkok, but I went to the official Sony Store in Siam Paragon and bought there for 51,990 baht. Paid with a dollar card Tinkoff, the one that is here on the blog and advised more than once. The card was written off $ 1,483.6. And dollars bought the same day in the Internet bank Tinkoff at the rate of 56.95. I was lucky that day (February 15, 2017) was another fall in the course. Total in rubles, I spent 84491 rubles.

Think about it all? Not

One of the advantages of Tinkoff currency cards isCashback 1% from all purchases. Few banks give cashback on currency cards. Also Tinkoff has 5% cashback by category, you can choose 3 pieces, and they change every quarter. One of these categories I had was “Home Repair”. Somehow, the MCC operation code at the Sony Store fell into this category and I received a cashback of not 1%, but as much as 5% - $ 74.18. Honestly, I did not know that this would happen, but it was nice.

Thus, the cost of the camera came out: 75913 rubles instead of 120,000 rubles in Moscow. Not bad, I think. Saving 45 thousand rubles at the time. Of which about 6-7 thousand rubles only due to the correctly chosen bank card. So, this very difference could be flown to Thailand - air tickets and 1-2 weeks of accommodation are beaten off. That is, instead of a camera in Russia, you can get for the same money, and the camera, and the journey. Theoretically, the camera can be bought only for resale, but not sure that there would be a noticeable benefit at the same time. 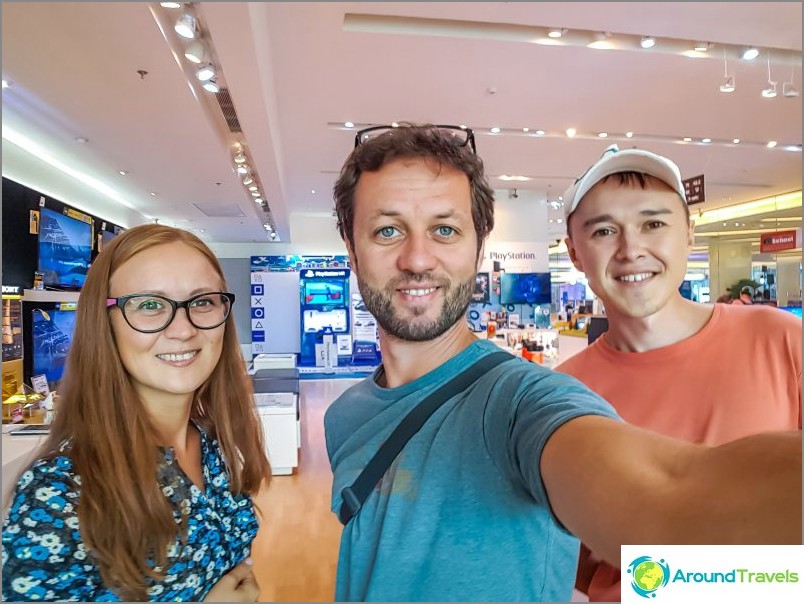 Funny, in the shopping center and it was in the Sony store that I met readers

P.S. If anything, this is not an advertisement for Sony or Tinkoff. If Tinkoff worsens something on his currency card, I’ll be the first to run away from them.

And Sony makes it functional, but ratherstill flimsy cameras. Rather, the post that the technique is sometimes worth buying abroad. Taking into account VAT and inter-regional price difference can come out more profitable. Remember, before often Apple in the US bought, and here.

Which bank card is the most profitable for traveling ...