The headline is a bit loud, but I don’t know how toone could still call this article. Naturally, it will be about my personal experience and how I shoot on my camera. I can not immediately speak for everyone. I am sure that someone takes some photographs in the same way, someone is completely different, but unless you try, you will not be able to work out your own scheme of actions. Let's start with the shooting conditions and typical mistakes.

All parts of my FAQ for novice photographers:

1. Which camera to choose a novice photographer
2. What lens is needed for and what to choose
3. Basic digital camera settings
4. How to take pictures while traveling
5. How to process photos in Lightroom and how to store them
6. Sample photo bag and fotoryukzaka for traveler
7. How to photograph the starry sky
0. What I photograph in travels

The fact is that due to the imperfection of technology, wedepends on the time of day. I will not go into details about the technique, I’ll just say that it’s about the amount of light in the dark and the dynamic range.

If you shoot at dusk or at night,you will catastrophically miss the light, the pictures will be dark or blurry. ISO-twisting to a maximum, high-aperture lens and a tripod can save you.

ISO can be unscrewed somewhere up to 400-800 forsimple cameras and up to 1600-3200 for better cameras. Next will go strong artifacts and not the fact that such a photo will be watchable. Test empirically what value suits you.

A high-aperture lens will give much more light than a normal one, but you will lose in sharpness due to DOF. Well, and if it is a completely dark night outside, do not flatter yourself, you will have to use a tripod.

The tripod is excellent and budget solution, muchcheaper than high-aperture lenses and expensive carcasses with high ISOs. Only one minus - your object should be static, otherwise it will be greased due to long exposure. Although sometimes grease only decorates the photo. I wrote separately about how to shoot the starry sky.

We are accustomed to the fact that with our eyes we see verygood in almost any conditions. And when we look at the photographs, we wonder why they are so different from what they see. The problem is that the matrix of cameras have a much lower dynamic range compared to the human eye. And for this reason, a frequent occurrence is photos with the sky littered, when the sky is not blue, but bright white illuminated, or vice versa, the sky is of normal color, but very dark forest / land (everything below the horizon). The camera is simply not able to always capture at the same time too bright area and too dark so that both of them can be seen with normal illumination (and the eye can). By the way, cheap soap trays have a very small dynamic range, so SLRs or good mirrorless ones offer advantages, but here you need to know the nuances. 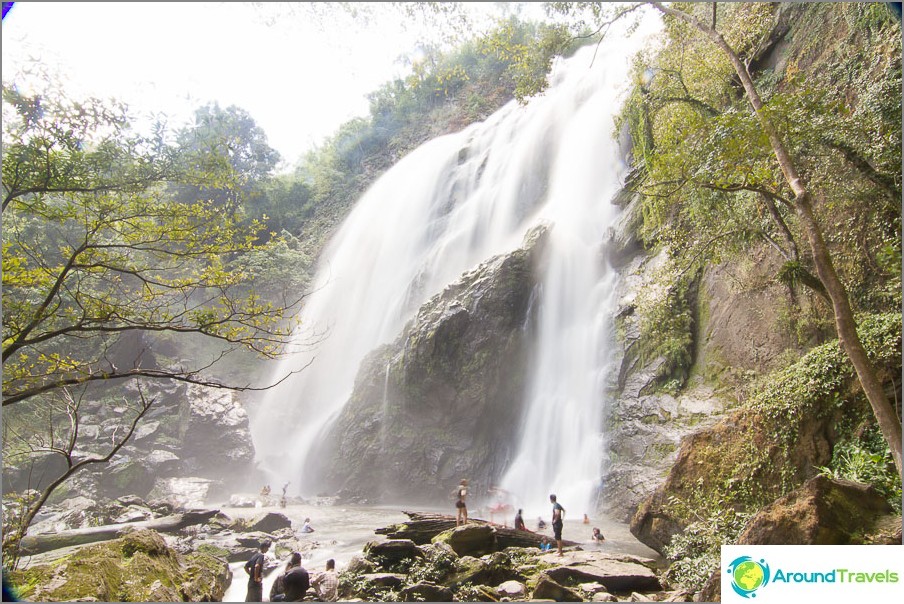 Almost no too dark areas, but the sky and water are overwhelmed. 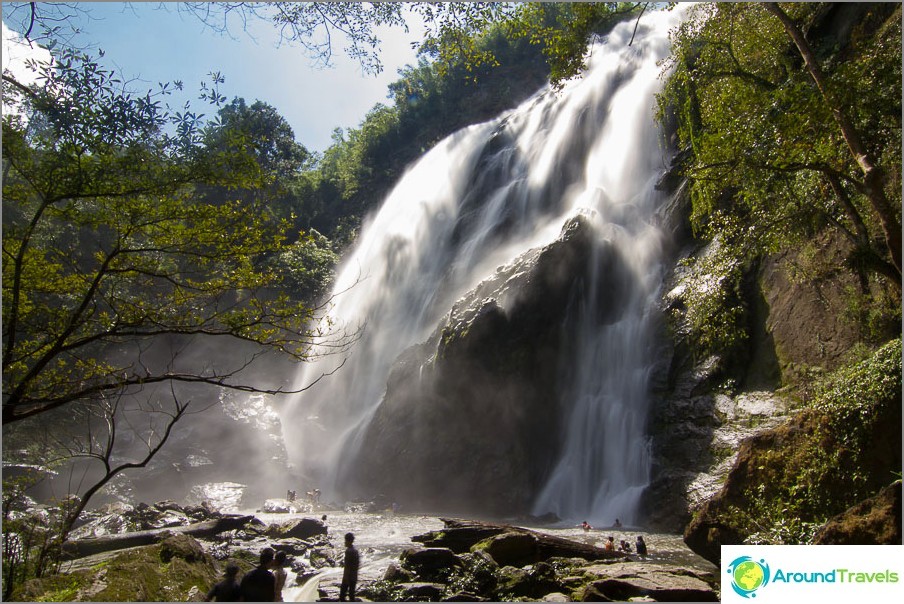 Too dark shadows, but already normal sky and water

Not only outside there is a problem of dynamic range, but also in rooms when it is dark in the room and daylight comes from the windows. 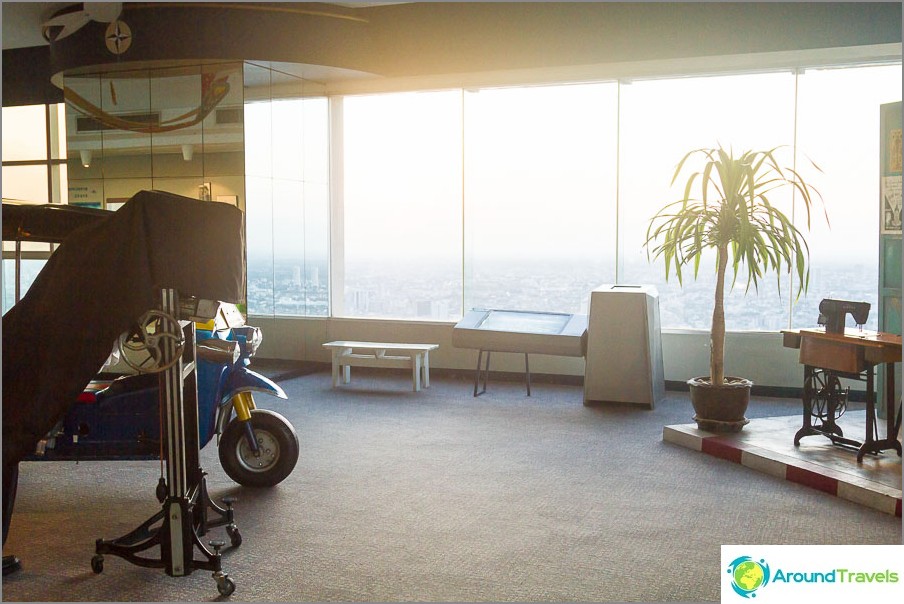 In the window nothing is visible at all, but the room is visible. 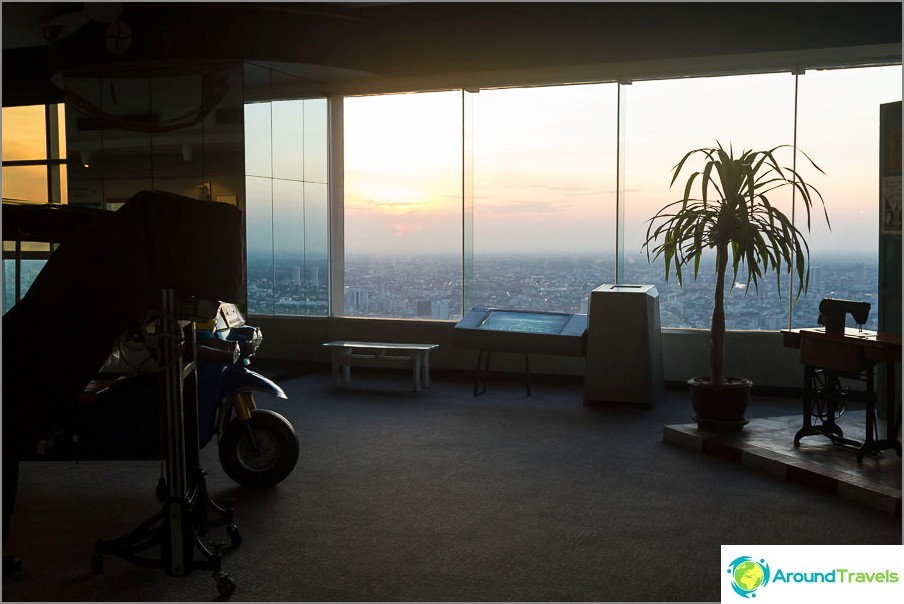 You have to choose either the normal sky in the window, or you can see what is in the room.

How to shoot and when 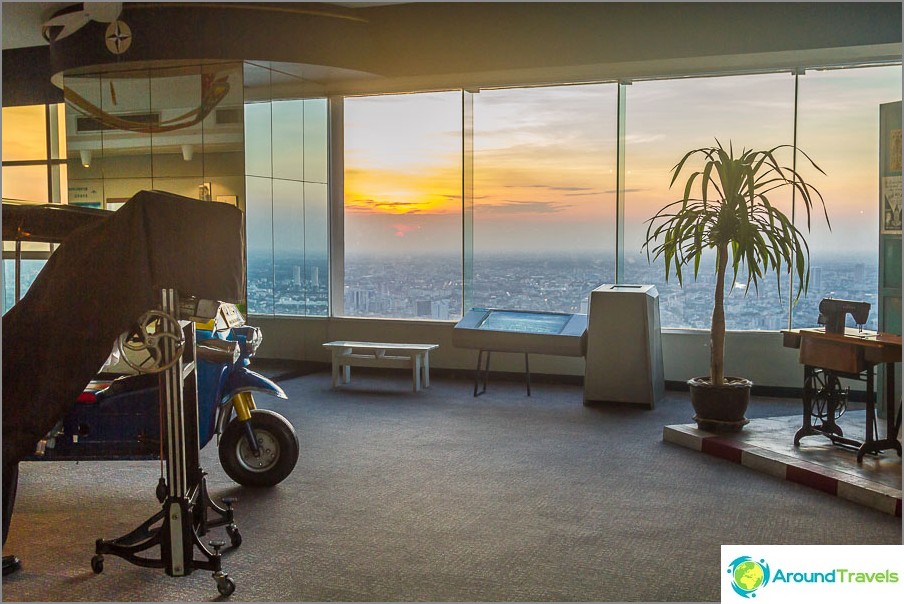 In the next article about processing, I will tell you how to make such a photo from the one that was higher.

How I take pictures while traveling and at home

My scheme of photography (oh, how loud againIt sounds) does not depend on whether I travel somewhere or just walk around my native Moscow. Since I am not a wedding photographer, I don’t shoot various love stories, and I don’t go to photo studios, for the most part I shoot on the street: landscapes, passers-by and architecture. Occasionally there are also in rooms.

Let me remind you that at the moment I always have with metwo lenses: standard 24-105L and shirik 11-16. It is called full-time for a reason, but because it is always screwed onto the carcass, there is an occasional shirk there.

People, near plans, long plans, reportage,sometimes landscapes, I almost always shoot at 24-105. This is useful when a large zoom, you can take a picture or zoom close to you. Portraits also suit me perfectly on this lens (105 mm). A mirror with a convenient control and such a lens allows you to zoom in / out, change settings, and orient yourself in a split second.

Landscapes are mainly rented at 11-16, to climb,as much as possible. With the advent of wider, there was no need to make panoramas by gluing together several frames. Of course, Shirik does not allow to make a real panorama, when it is 180-360 degrees, but the angle is enough for me. You can also take a good picture of architecture, I like how it breaks the geometry (not for everyone). In general, with the help of it, it is very cool to look for some angles that are inaccessible to the ordinary eye and the usual lens. Perhaps you have seen such a technique here or on other blogs - shooting from the ground level, when the camera is put on the ground, or is very close to it. This is very good with width. 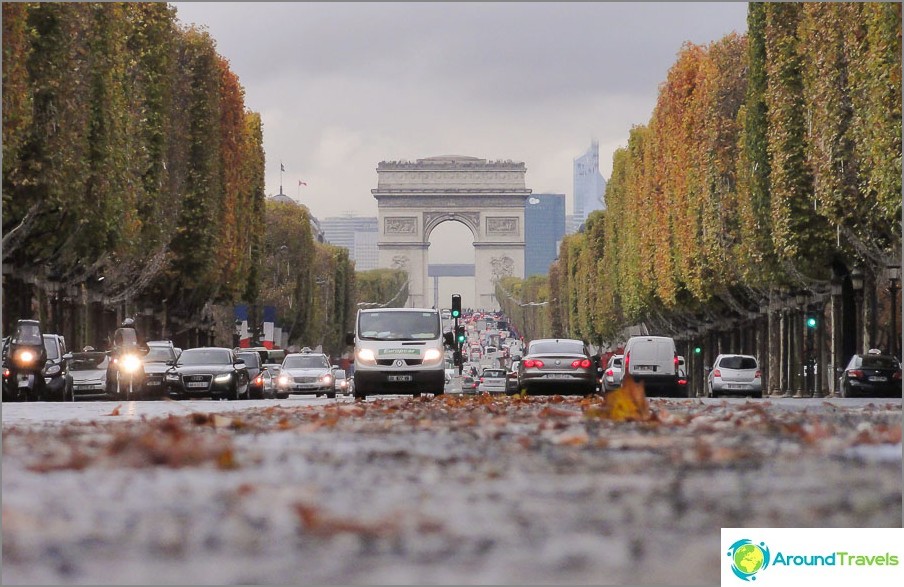 Paris, removed from the ground in the soap box. I really like this photo, Daria shot

90% of the time I use priority modeaperture. Since my objects are mostly static, or at least not moving too fast, the shutter priority mode is not particularly needed. I already wrote in the article about basic camera settingswhat values ​​and rules I use nowI will not repeat. That is, I expose the aperture, and then just keep track of what shutter speed the camera chooses. If something does not suit me, then I quickly twist the exposure compensation wheel in one direction or another. As a rule, in a minus, because the main problem is the lack of light and, accordingly, there is not enough equipment in stock. Nevertheless, if I mention at least some value, then in general cases, when I am not going to shoot anything on purpose, I put the aperture somewhere F5.6.

Also in this mode, I often put in advanceexposure correction in -1/3, -2/3, -1. This allows me to win some values ​​from the shutter speed or aperture. Yes, the frame turns out to be darker than necessary (underexposed), but this is easily pulled out later in Lightroom without loss, because I shoot in Raw. I will add that I also often put the ISO a little higher than necessary, I almost never lower it below 400, so that there is a reserve in terms of settings. Since I have a working ISO up to 1600 (in my opinion), then below 400 it makes no sense to lower it, well, only if I don’t take a waterfall during long exposure in sunlight, when, on the contrary, I have to twist everything in the opposite direction to reduce too bright light. In the cheapest mirrors or in mirrorless ones, I think, if possible, it is worth lowering below 400.

I almost always have one focusthe point. On the previous camera it was only the central point (it is the most accurate, because only she was the cross), now sometimes I shift to the place I need (now I have all the points of the cross). Naturally, if there is an opportunity, it is better to shift it so as not to build central compositions. But, if there is no such possibility, then how to shoot at the central point? We focused on the object by pressing the shutter button halfway, took the camera aside so that the central composition was not formed, and pressed the shutter button. Try different shots, and see if your camera will miss the mark or not. 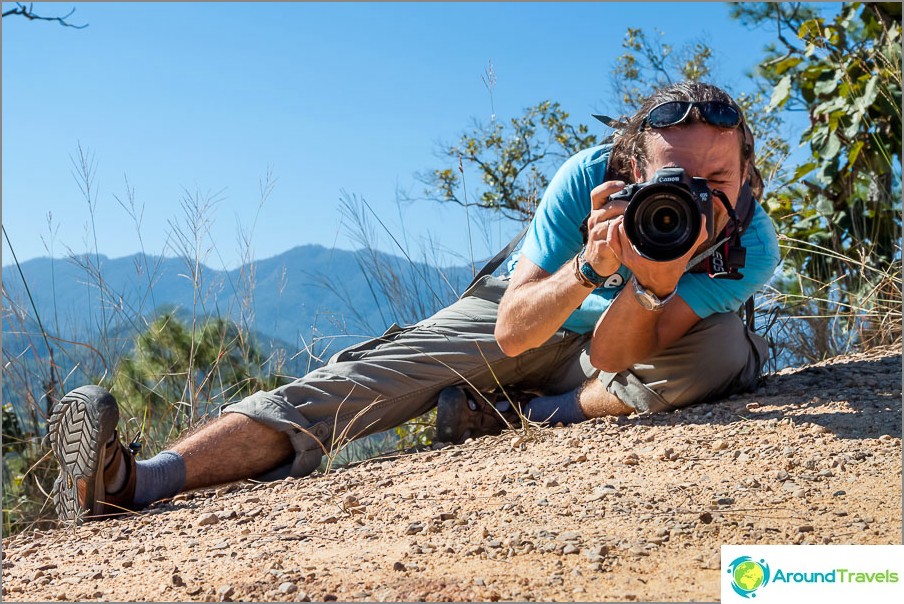 How to take pictures while traveling. Photos of Katie Kuchina. 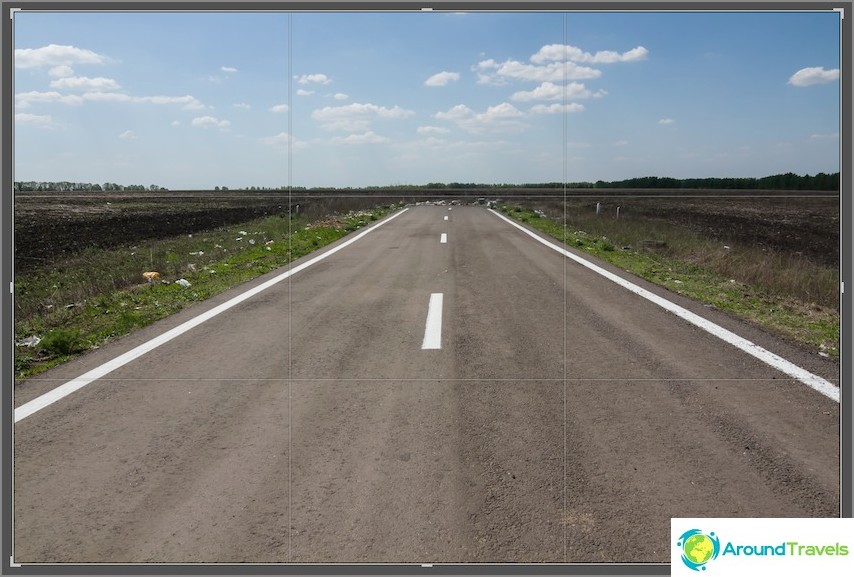 Rule of thirds to build a composition

P.S. Something happened so long, I hope that is not too boring, and understandable. If anything, ask questions in the comments. Naturally, she does not claim to be true, and this is just how I do, which need not be right

Cabbage Restaurant and Condoms in Pattaya - ...