Home>New articles>How to survive in Moscow for 15 thousand for two :)

How to survive in Moscow for 15 thousand for two :)

I am sometimes asked questions about how much money we spend on living in Moscow, so I decided to write a whole post on this topic, by analogy with articles, how much we spent on Phuket and in Chiang mai. The name is a bit loud, but for attracting attention, so to speak

Because I can't say that we survive andconstantly in something we refuse. Even finding the right words is difficult to explain our position; it’s rather a deliberate decrease in one’s needs. Especially those who do not bring us any benefit. I partially wrote about this in the article. Consumer society or clearing debris. Even when we both worked in offices in Moscow,we were spending not much more than now, maybe somewhere in half the difference was. Thus, what we now have in terms of spending, was formed more than one year, and did not arise spontaneously after we quit.

I suppose some recognize us as ascetics, butI declare with all responsibility that we do not consider ourselves as such and simply replaced material pleasures with “moral” ones. I started it all from the moment when I stopped enjoying shopping. It’s probably hard to imagine, but I almost don’t feel anything at all when I become the owner of a new thing, be it jeans or a new lens. It is convenient to use yes, but emotions are zero. Therefore, only the logic in the purchases - I need it or not, and what labor costs for it pulls. 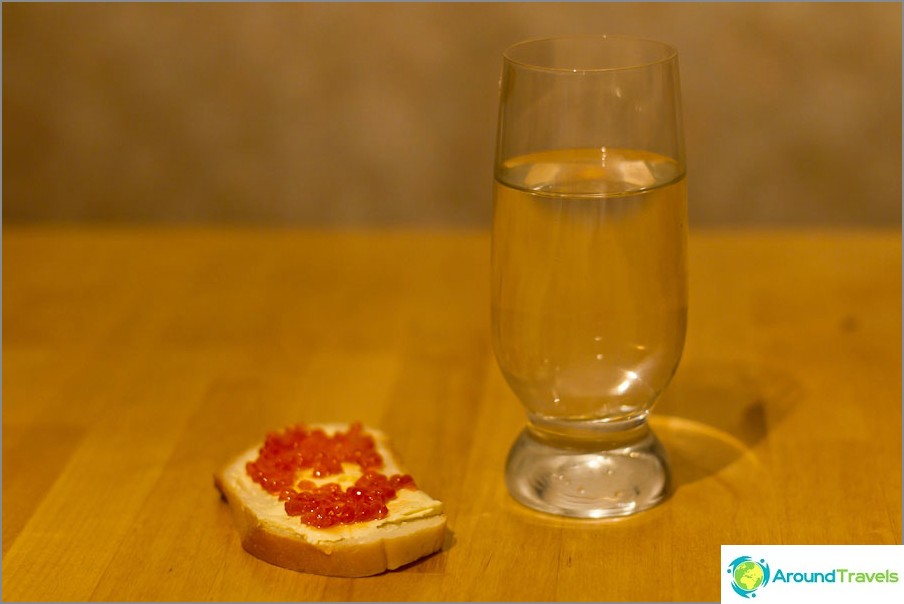 We live on bread and water

What is the article for

Immediately I would like to explain a couple of points. They boast that we are supposedly not living for such a sum, just like weeping

Everyone’s a private matter, and people live asconsider it necessary. Yes, I want to be more free in the means, but for the sake of my goals I am willing to suffer, given that it is not so difficult, especially when almost every day there is an opportunity to do what I like. So, just simply, I would like to share this fact that it is possible to live this way, and at the same time do not consider myself deprived of something, that everything depends on priorities and goals. Maybe someone will push on some thoughts.

We have an apartment, so rent a house inMoscow we do not need. And also in the amount of 15 thousand does not include optional purchases and travel. True, we rarely buy something, and traveling with us is also of a budget nature (I wrote about it here Cheap travel and budget holidays - money, time and comfort). We have been running a budget since 2008, so planning has become a habit. Details here: How to keep a budget - family and traveling. Now we take the average for the last months.

So, our items of expenditure with explanations:

To be honest to the end

I would like to add about individual purchases at the end,which are not included in the monthly budget. Over the past year, all purchases have been associated with photographic equipment and laptops, this is what we use every day, and without which we can not work. When there is a need to upgrade and when it coincides with the possibility, then everything is done. In 2010, we had an amateur whale DSLR and a couple of simple laptops, and now we have a normal camera with additional lenses and two good ones. This is all I write to the fact that these expenses, as it were, are not obligatory for living in Moscow and are the result of excess funds.

Also ready to admit that we have the same needs.replaced by others, and the resulting vector is still not completely clear. In any case, now there is no way to live without a consumer society, something will still be necessary.

P.S. If you want to write some kind of crap, you'd better leave it with you and pass by.

UPDATE. Since then, a lot has changed, now we live on entirely different amounts, however, the principles in life have remained similar, which primarily consists of a reasonable waste of money based on our own needs, and not imposed by society.

Flights with your child: strategy fees and ...

XX of the most useful Android applications for travel