I had a hitch with Klong Toab beach. The complexity of the coastline, which varies there from the hills to the plain, is interrupted by a river and rock formations, a tricky road, a crookedly drawn tourist map - all of which together led to the fact that I looked only half of the beach. And the worst half of it, and I was in the firm belief that this is the whole Klong Toab.

When writing a post, I found a discrepancy andAt first I even decided to remove the draft entry before the next trip. But then I thought that in my mistake there is a positive message for readers - not to repeat it. Well, I didn’t want to miss a great occasion for live communication with subscribers, especially those who have already been in those areas and can suggest something useful for my re-check.

The main feature of Klong Toab Beach is itslocation relative to the road 4245, the main road on the island of Koh Lanta. The beach stretches from north to south almost half a kilometer, with only the first half visible from the road. Starting at Lanta Corner Resort

where the trail nestles close to the shore, and to Coconut Grove restaurant, where the road turns inland, you have a bleak view of the sea.

The shore is packed in concrete and tile, which wavesthey erode rainstorms in each season, so don’t be surprised when you see that part of the embankment is all in holes and ravines. If you focus only on the tourist paper map, then you, like me, will get exactly on this embankment and remain at a loss - where is the beach here? Some stones.

But after the Coconut Grove Restaurant the road doesloop, leaving within a plot of 400x400 meters, which fit into a dozen of hotels and resorts, and even this dozen occupies only half of the territory. The rest is a wasteland and jungle, and a rather large by local standards, a river with a wide mouth.

. Details about these beaches will be a little later.

There is no entry into the water from the embankment, and it is not needed -hardly anyone will dare to swim here. The depth over 100 meters is not very large, and at low tide, the lunar landscape and the pile of stones at the bottom are exposed. Closer to the center of the water there is an approach channel for longtails and boats.

Much nicer look small sandstripes on the second half of Klong Toab, where the main infrastructure of the beach and its housing stock are concentrated. Judging by the condition of the coast on the embankment, there are waves, but most likely in the off-season.

The beaches of the second half of Klong Toab, I personally did not examine, alas. Therefore, images will be only from the embankment of Klong Toaba.

In the second half of Klong Toab beach, to which II did not get it, I have everything I need for a tourist holiday. But since I don’t have pictures of this half, I’ll leave the narrative until better times. Based on what I saw on the neighboring beaches, I dare to suggest that there are umbrellas and deck chairs on the sandy beaches of Klong Toab, but with a natural shadow, straining - the beaches are very wide, especially at low tide. 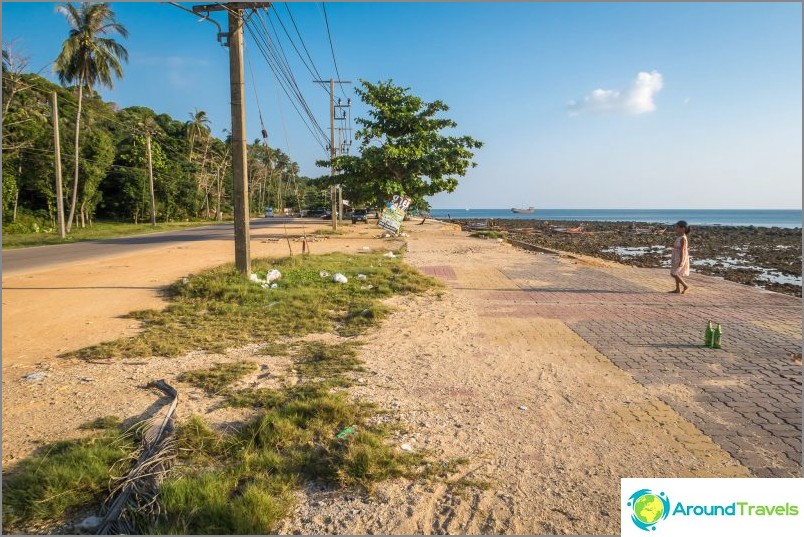 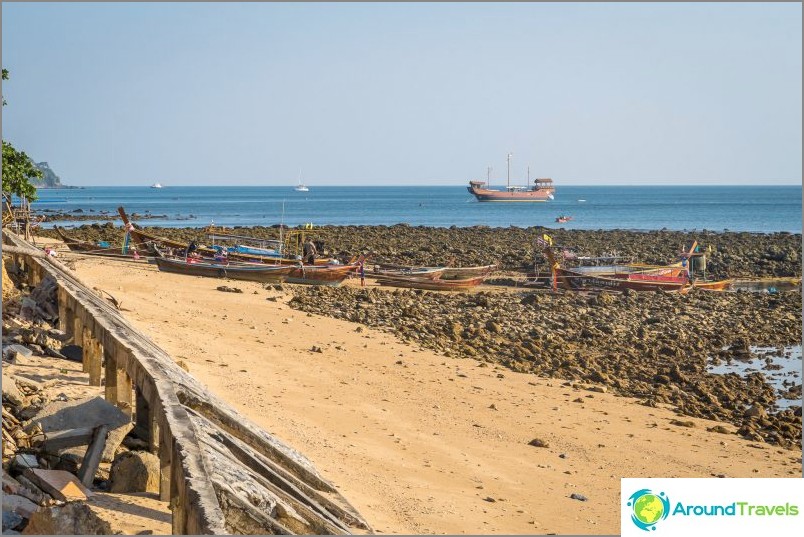 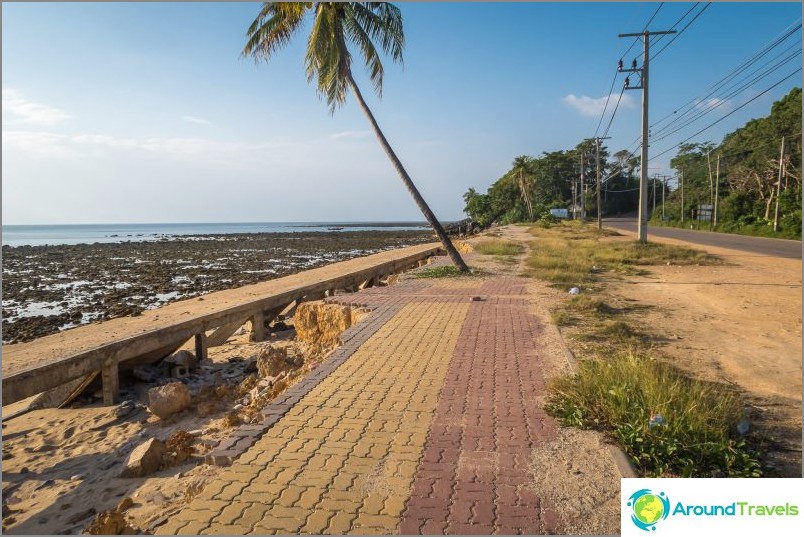 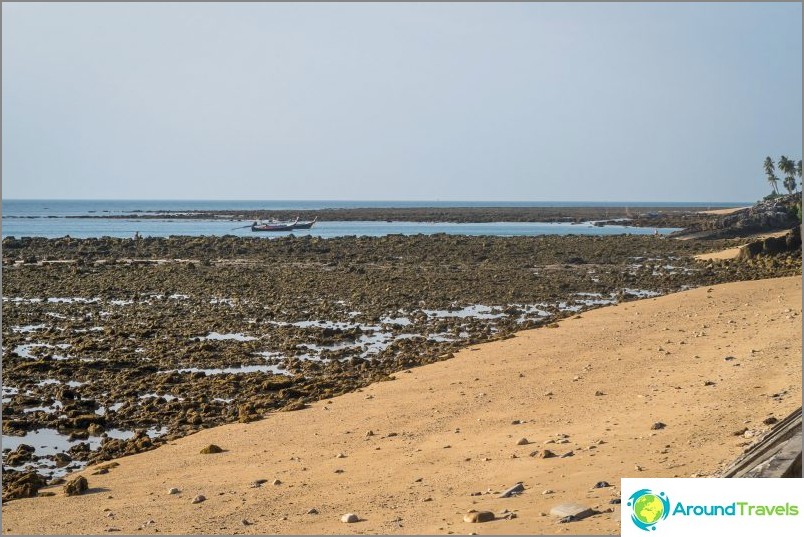 There is no infrastructure in the first half of Klong Toab. There are literally two purely Thai cafes and everything. On the left, where the Moonlight Exotic Bay Resort stands on the edge of the beach

or his restaurant, or both ... in any case, as for me, then: that restik, that a resort with such a “chic” view of the stones is a dubious pleasure.

After Moonlight, a built-up snout begins with hotels, where the infrastructure is mainly just a hotel, at a minimum: a bar, restaurant, swimming pool, massage, equipment rental. This is talking about the first line.

And driving along the main road, I saw gasomats,many cafes, a couple of serious restaurants, many Thai shops, a mosque, rental and repair of equipment, and even a lawyer's office, not to mention street travel agencies. I did not find any major attractions nearby.

There are no houses on the deserted part of Klong Toab, except for the resort at the very beginning - Lanta Corner Resort

But on the patch to the south there are already plenty to choose from. Pay attention to these options first:

I did not see any private housing that could be of interest to the winterers and longsters. The very infrastructure of the area around Klong Toab is such that you don’t really want to stay here for the longsts.

Be sure (and I insist) check availabilitydiscounts or special offers on excellent Roomguru service. It will quickly and simply show you discounts in all existing reservation systems. In Asia, for example, there are lots of offers on Agoda.com that are much more interesting than on exactly the same hotels on Booking.com.

For the lazy, here are direct links to the hotels listed above:

From Saladan (ferries from Krabi arrive here) to Klong Toaba approximately 20-25 minutes drive. If you are traveling on your own and heading right here, then on the pier you can buy a ticket for a minibus.

The fare on the minibus is about 500 baht.

If you arrived at Koh Lanta on your own transport,then drive along route 4245 until you jump out into open space, where the sea will splash 10-15 meters from the road — this is one of a kind on the west bank of the Lanta, difficult to miss. This will be the beginning of Klong Toab Beach.