Lamai ViewPoint - the most famous observation deck on Samui

Lamai View Point is located on the southern outskirtsLamai village, immediately after the MACRO hypermarket, on the same side of the ring road. Once, at the dawn of evolution, a small waterfall Siva Tara was found here and next to it there was a huge stone, which with its silhouette very approximately looks like a slightly extended heart. The waterfall does not know how natural it is, but the dam below is equipped, which looks very beautiful. A new landmark was then called Valentine Stone in honor of St. Valentine, Valentines and hearts, you know, and the territory around the stone gradually began to be put in order. In Thais, this usually means a lot of cement, bright flowerbeds, a place to eat and drink, as well as a bunch of other architectural details that slowly replaced the natural charm with the banality of a commercial establishment.

The place is interesting, first of all, a beautiful view.on Lamai from a height of about a hundred meters, well, maybe a little more. Climbing up the pedestrian path, which is equipped with steps and walkways, for an unprepared person on foot we take a maximum of ten minutes on foot. And if sports training allows, then climb up to the viewing platform and get five minutes. Incidentally, this is one of the easily accessible viewpoints on Samui, where you can easily climb with your children behind you.

Above the slope, at the end of the trail there is a decenta cleft between two neighboring mountains, so a zip-line site was built there. The whole zip-line is in its essence two spans, which promise pleasures of ten minutes, including the time to go from one cable to another. Perhaps, as an initial option for a beginner, it will fit, but for those who have already visited the Canopy Adventures two-kilometer route or flew on Tree Top Cable Ride ropes, Lamaic flights seem unattractive. Later, after the people began to visit Valentine Stone little by little, the site was expanded and a party viewpoint was organized. Even later, they completed a full-fledged bar, just below the zip-line site, and carried out there something like a funicular on the rails.

Near the entrance, downstairs where parking isFish Spa, which is included in the price. It seems to me - a great option for those who have never tried to feed their legs to fish and still do not know those electrical emotions that do not allow to sit quietly and not laugh. On my arrival there were five tourists there, but the fish were apparently well fed, because it was clear from people's behavior that they were very reluctant to gnaw tourists. I myself did not try to try this fish spa, because I already know the fish, but did not want to repeat the experience. 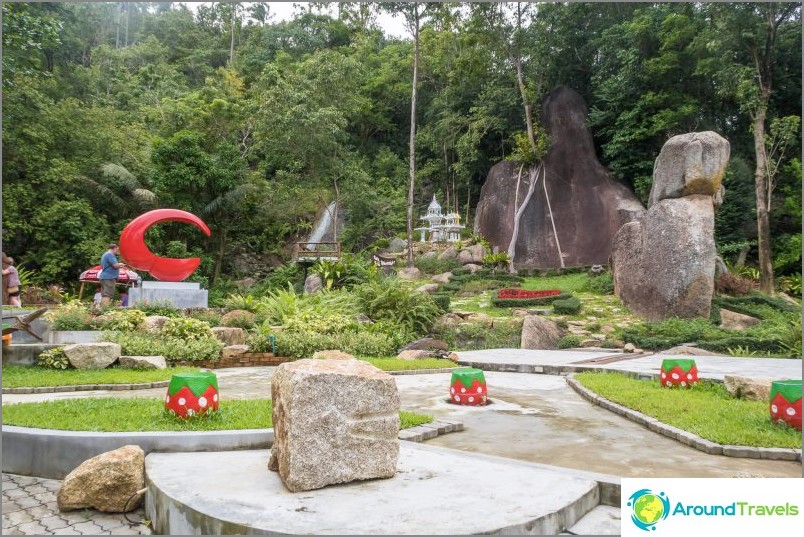 Lower part of the territory, at the foot of the hill with a viewpoint 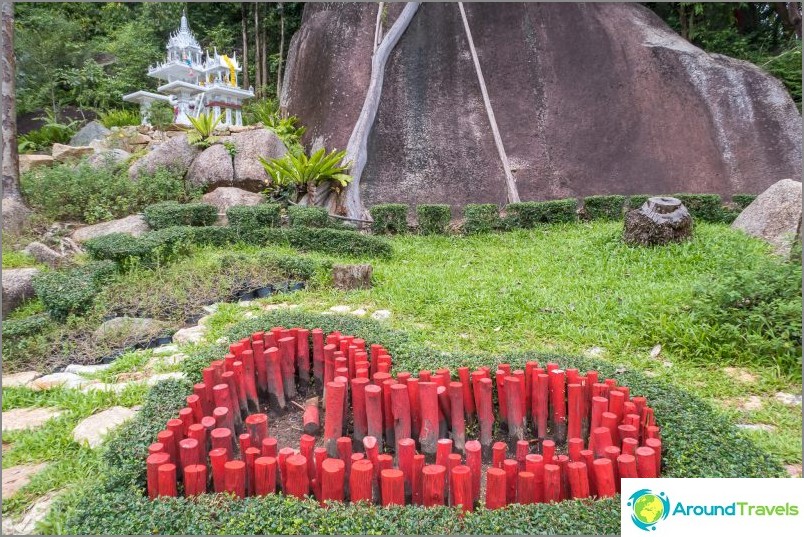 The main theme of the mini-park is love 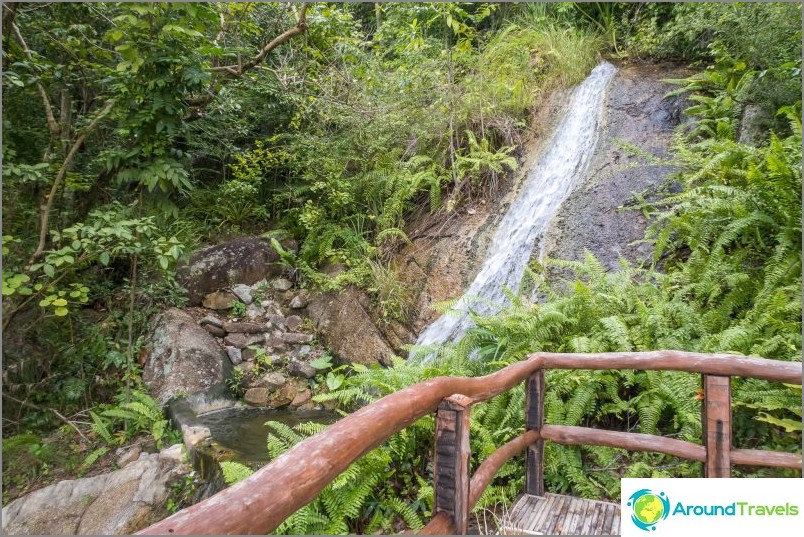 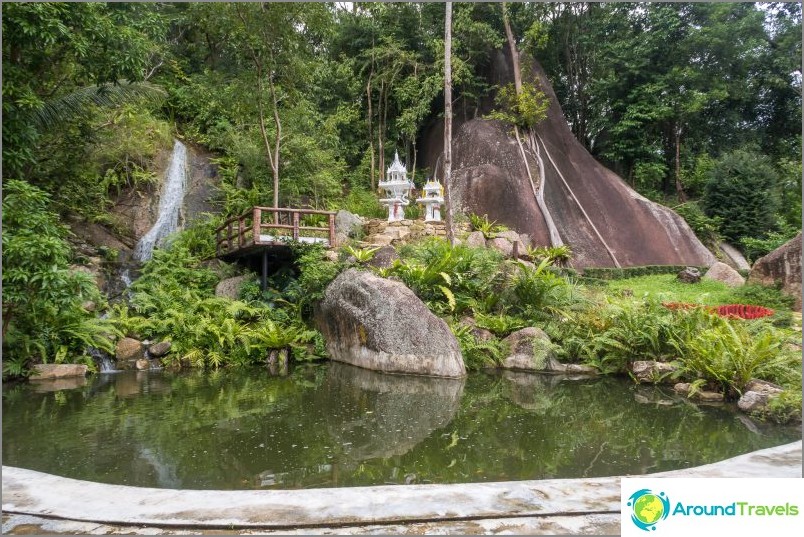 Dam under the waterfall 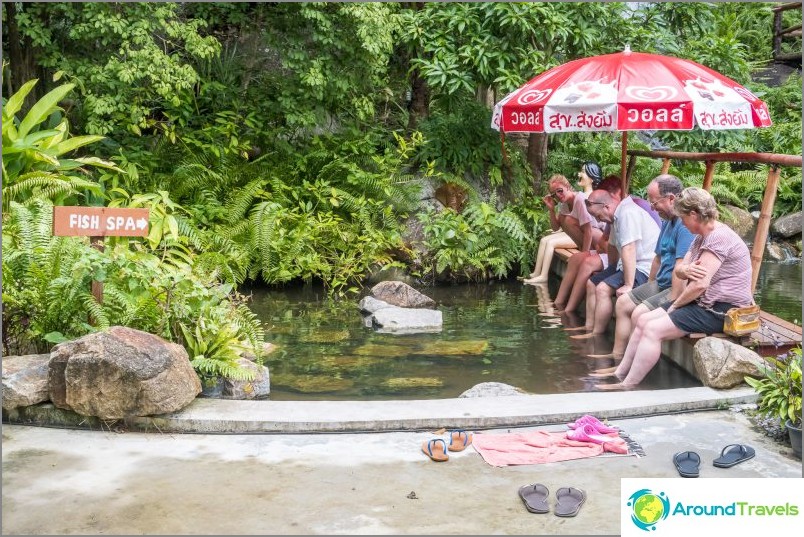 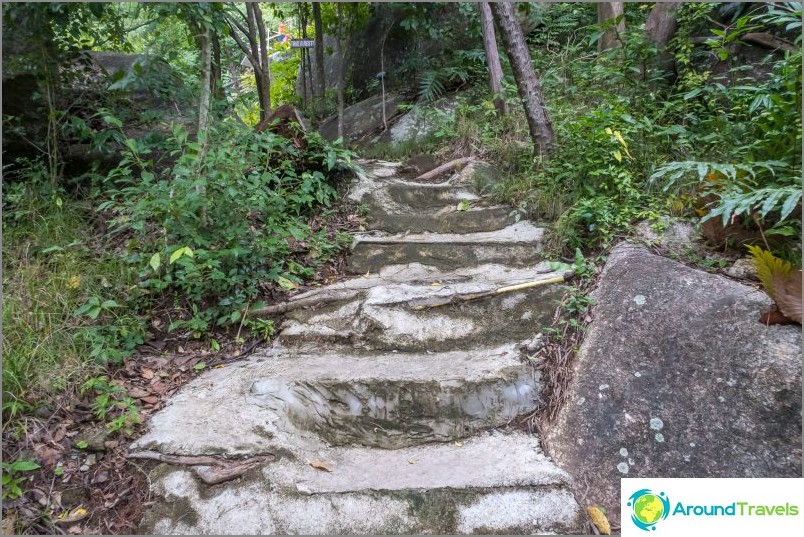 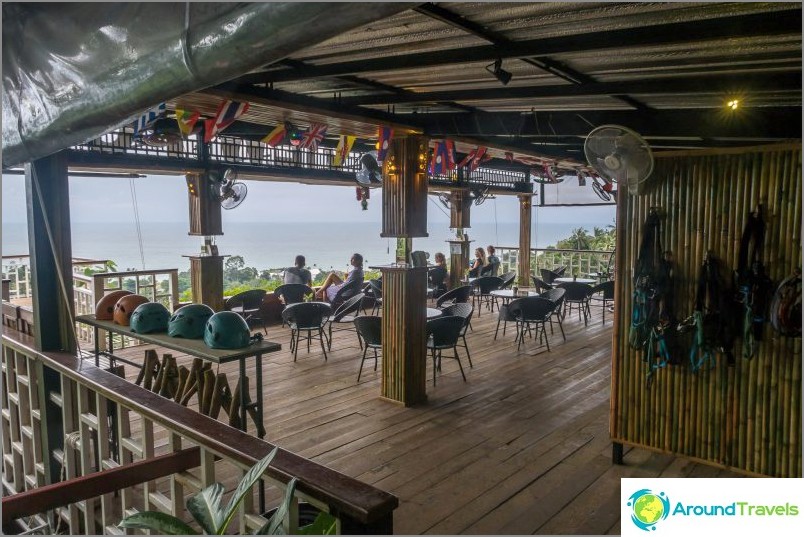 Restaurant and observation deck, on the right, a zip line hangs on the wall 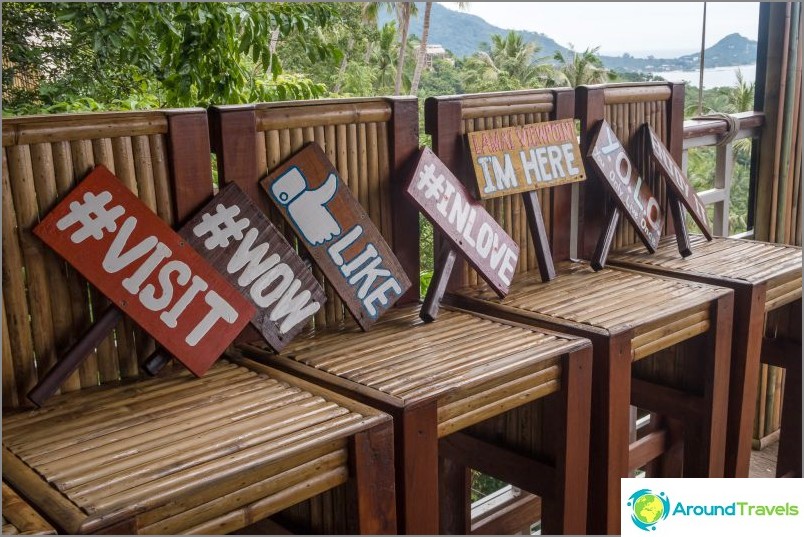 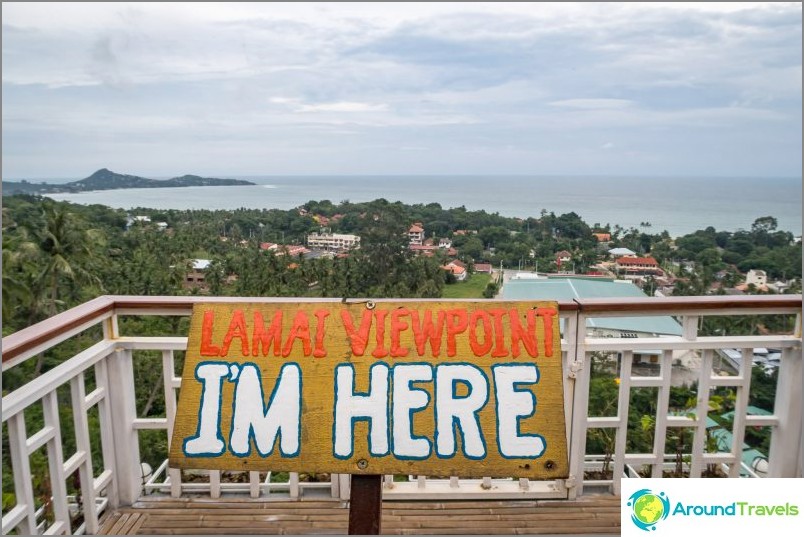 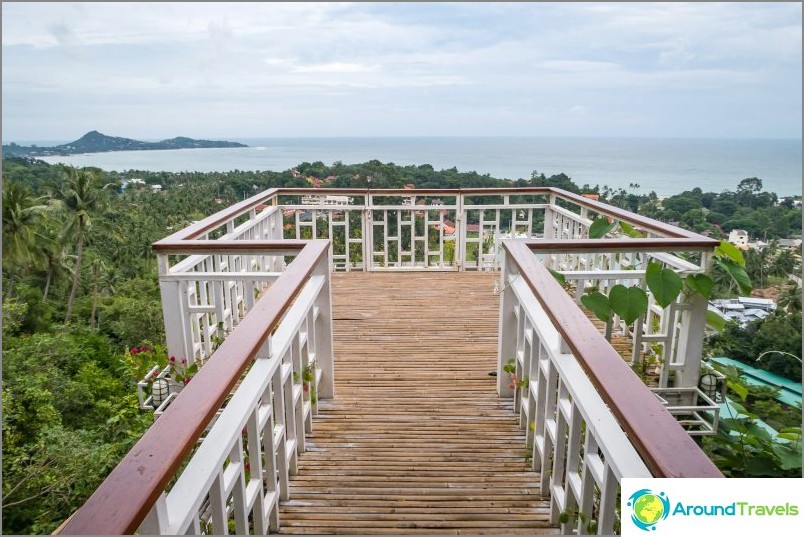 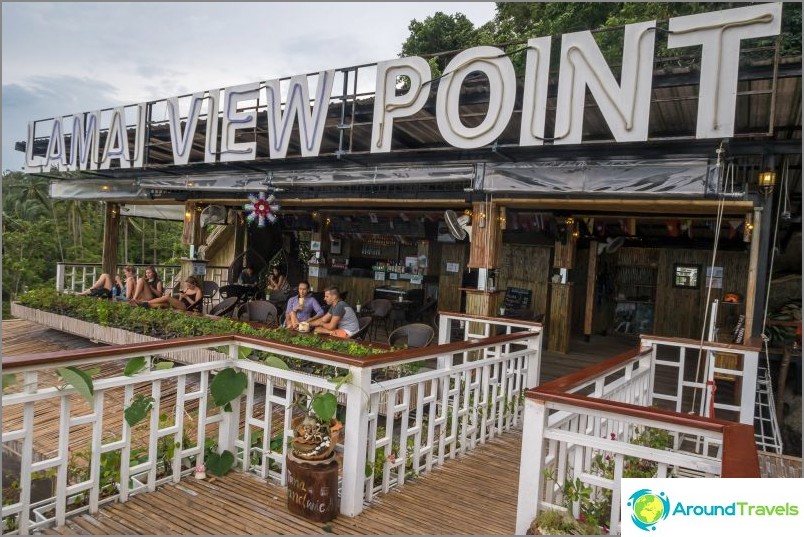 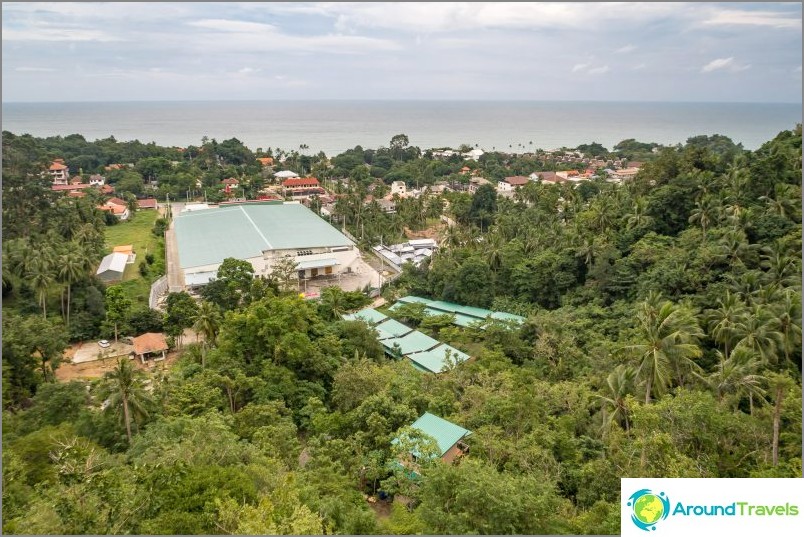 The big roof below is MACRO 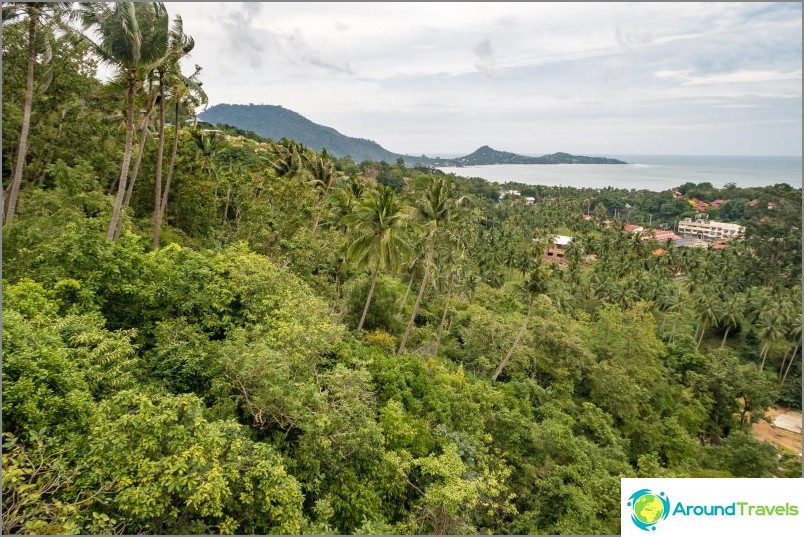 In the distance you can see the northern edge of Lamai beach. 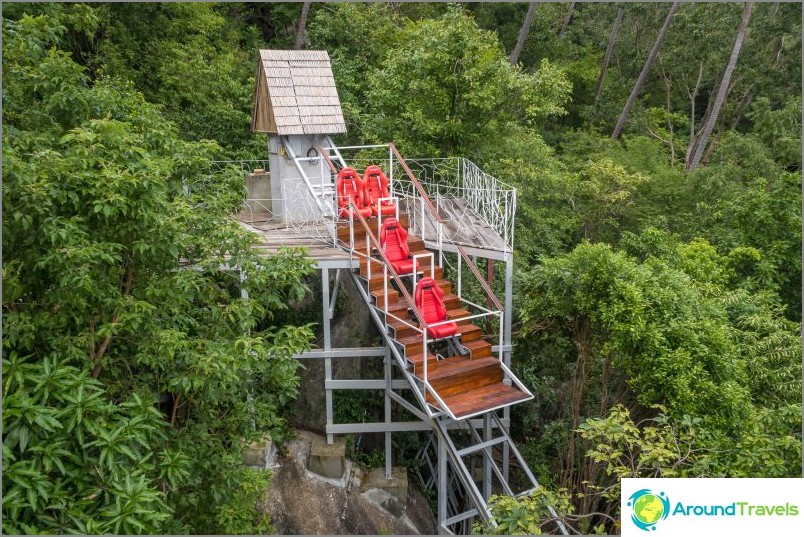 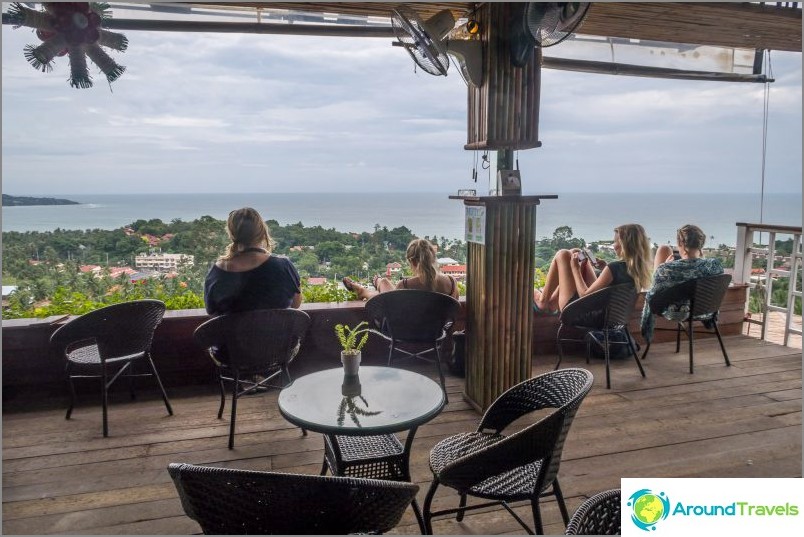 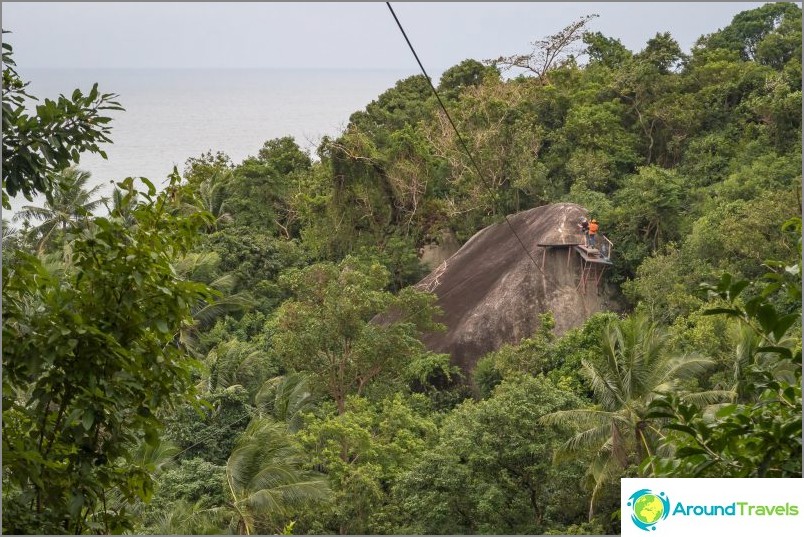 Honestly, I did not understand from which sidelook at the stone so that it looks like a heart. Here, apparently, it all depends on the desire - how much you want to see the heart in this shapeless piece, and not the profile of Brezhnev in profile. You will have to run with the camera around the sights to catch the right angle.

All the pleasures of Valentine Stonenot free. Entry costs 50 baht, go upstairs on a funicular cableway - 200 baht, zip-line ride - 800 baht, for 1000 you will be allowed all of the above and allowed to fish, and for 950 baht you can ride on zip-line and cableway. Bar prices are quite tourist, but not exorbitant. For example, a fruit shake is offered for 80 baht. 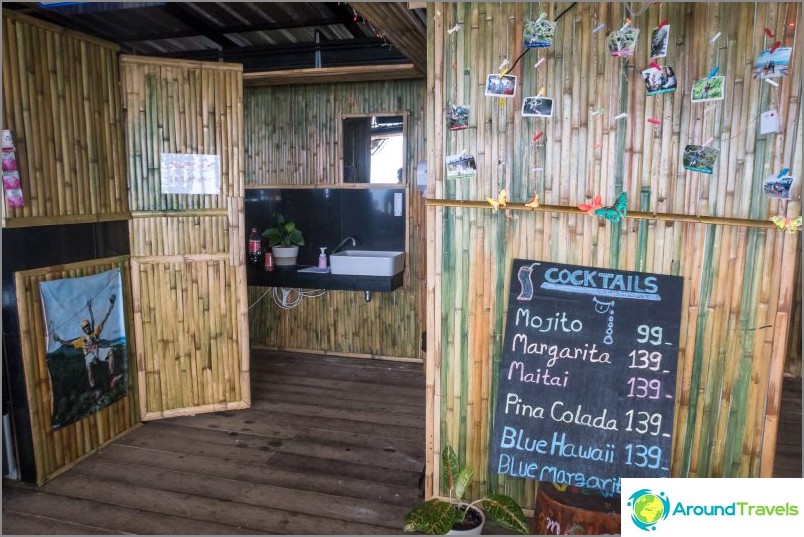 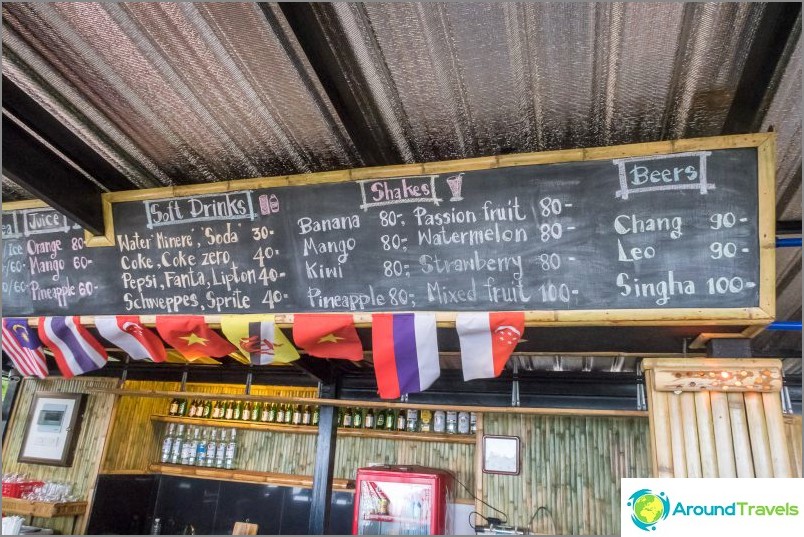 Lamai Viewpoint
Observation deck on the territory of the paid amusement park Valentine Stone. The entrance is 50 baht per person, easy access, for 15 minutes in a quiet step on the stairs.
Read more about viewpoint. 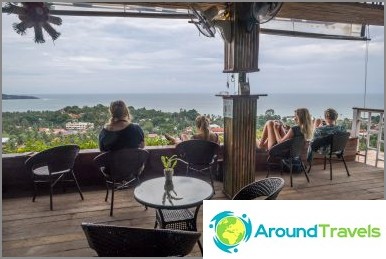 Observation deck on the territory of the paid amusement park Valentine Stone. The entrance is 50 baht per person, easy access, for 15 minutes in a quiet step on the stairs. Read more about viewpoint.

Viewpoint Lad Co is the only real lookout ...