Landing ship Phangan - a former warship of the Royal Navy

Upon arrival in Thong Sala - the main port of the islandPhangan, you are already at the entrance waiting for two completely invisible sights. The first is a model of the island (already pretty spoiled), which is hidden inside a low stone ring in the middle of a circular area. There are comfortable steps and to come up and look at the layout from a height of human growth. And, literally a hundred meters to the north, imperceptible from behind the trees, there is the landing ship of His Majesty’s Fleet “Phangan” - the island’s namesake. Moreover, not a mock-up, but quite a huge, life-size ship in the middle of an artificial creek.

The people called him the cruiser Phangan, althoughin fact, before the cruiser, it is like walking to China. HMS Phangan was originally in service in the US Navy, since the construction of the ship in 1945. Among the Americans, he wore the unobtrusive code name LST-1134, and later, in 1966, the ship was temporarily at first, and then permanently transferred to the Office of the Royal Thai Navy. That year he received his new name from the late King Rama IX - "Phangan". 15 meters high and 98 meters long, with a team of 130 people, HMS Phangan served until 2009, after which he was decommissioned.

At the request of the Koh Phangan Island Administration,the ship of the same name was not cut into scrap metal, but towed to the pier in Tong Sale. Then they built an artificial harbor for it, and with a bulkhead they separated the reservoir from the rest of the sea. 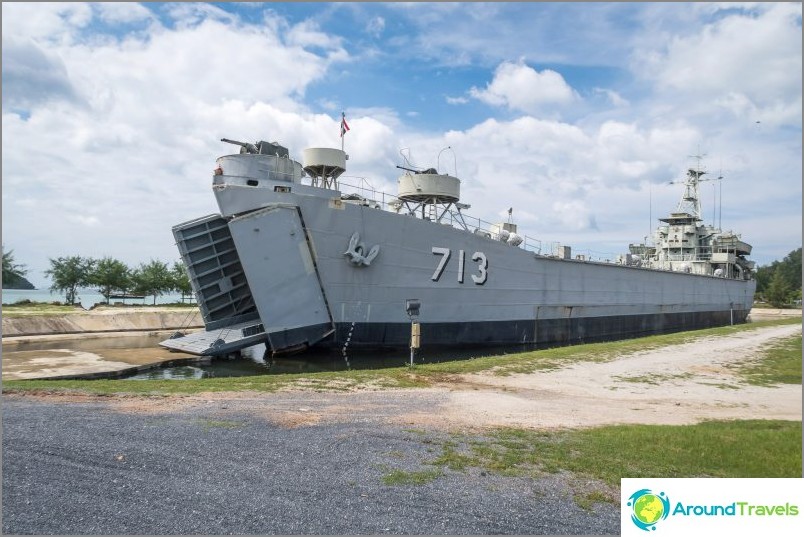 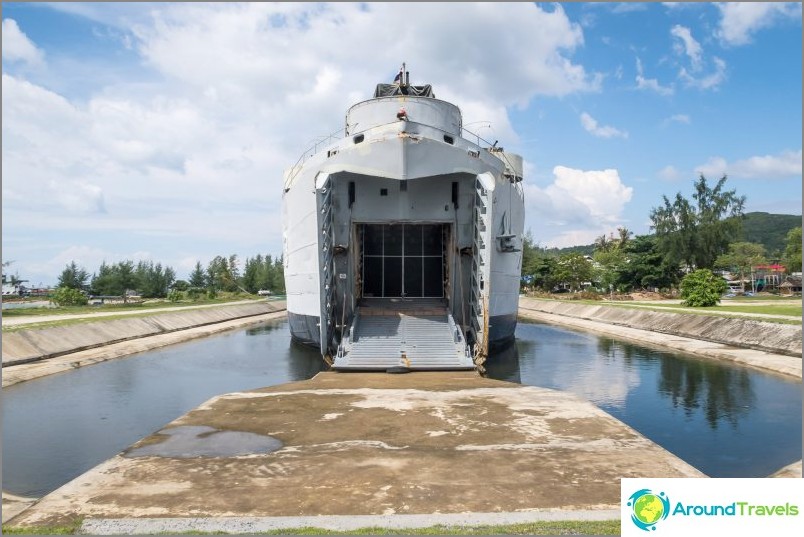 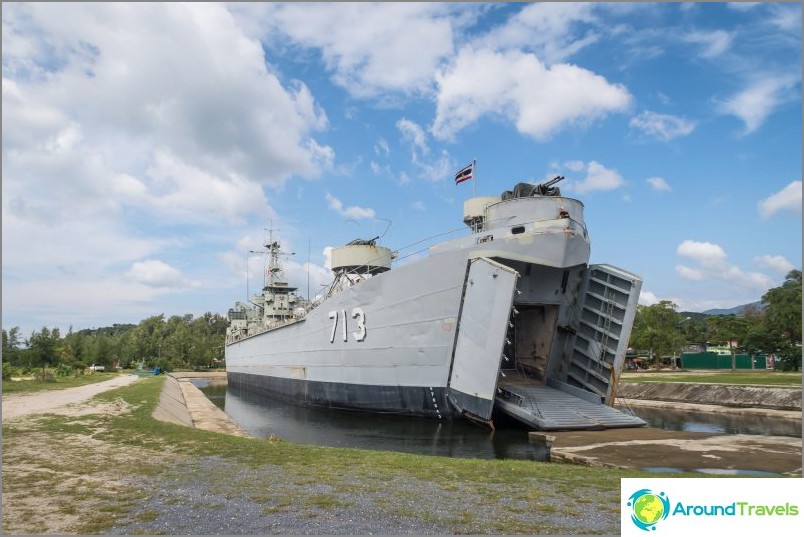 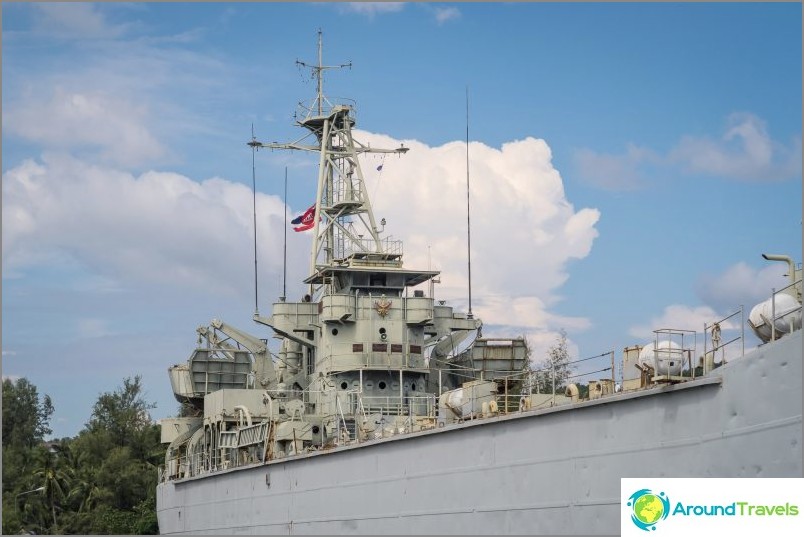 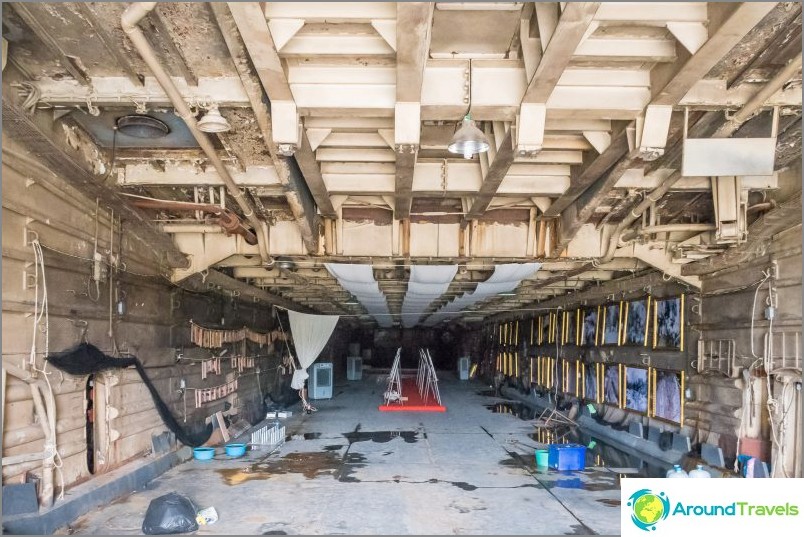 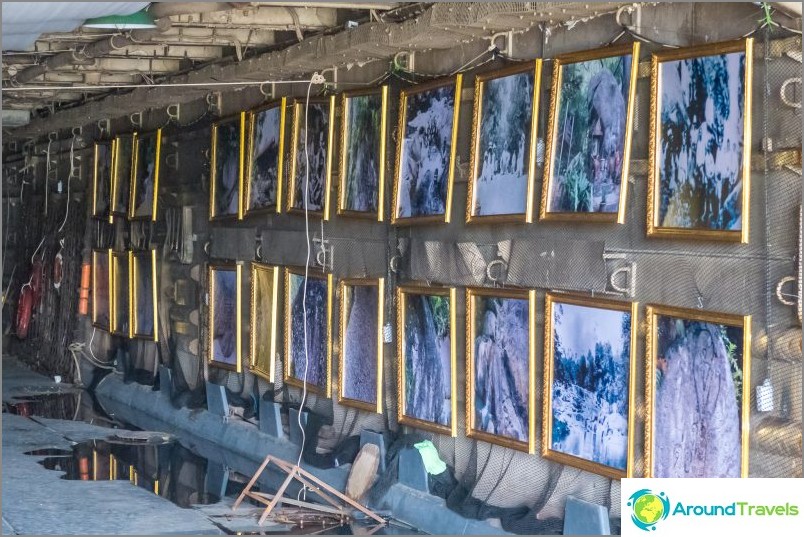 Inside the ship, the authorities of Phangan announcedThe first museum on the island, which is often closed. Periodically it is used as a platform for exhibitions of photos or artwork, a vivid example of this is the Koh Phangan Colormoon Festival.

The area around the sights is open,access is free, sometimes he stands with the ladder thrown back and you can go inside, take pictures of the iron inside the ship. There are no problems with parking, no dress code is required. There is no access to the upper deck of the ship. Nearby, about twenty meters from the pond is a statue in honor of King Rama the 5th, as a monument to the most respected monarch of modern Thailand.

Landing ship Phangan
The retired combat ship of the fleet of His Majesty "Phangan", the namesake of the island and the symbol of love of King Rama 9th to Phangan.
Read more about the ship-museum. 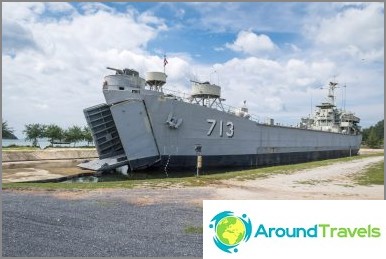 The retired combat ship of the fleet of His Majesty "Phangan", the namesake of the island and the symbol of love of King Rama 9th to Phangan. Read more about the ship-museum.

Mummified monk on Samui - how many of them ...