In general, the far (southern) end of Lanta is for meLiked more than other locations on the island. Here, somehow, nature feels more like that ... less civilization, serpentines begin, the winding road, which for beginners in general may seem complicated. Small beaches in the form of coves. Still, the north of Lanta hurts untidy, flat and inconspicuous - the usual Thai province. If you do not know that there is a sea here, then you will think that you are just going somewhere along the mainland. In general, it is not surprising that the most beautiful southern edge of Lanta was identified as a protected area and closed for free visits. You can get here only by paying a fee. In this post we will talk not about the treasures of trekking through the jungle, but about a brighter landmark - the lighthouse on Lanta and the observation deck near it.

For visitors to Koh Lanta National Park there isA modest proposal for activization: trekking about two kilometers through the jungle, a small clean secluded beach with swings and a very weak snorkel, a chic observation deck near a modest lighthouse, which, however, looks great in the photo.

There is a campground for recreation fans innatural conditions, and even some cafeteria with a small selection and high prices. They offer mostly fried rice and a few Thai traditional dishes. On the observation deck it can be quite windy, so that on cloudy days it is better to come with a long sleeve - it will also protect against UV light. The ideal time to visit the lighthouse is in the morning when you catch the dawn sky and the lack of security at the entrance to the park.

I was at sunset and I also went down, while it wasovercast weather. As a result, the sunset sky with lead clouds, though created a mood of some anxiety, but at that moment it was so atmospheric that I absorbed every minute of my condition. I do not know, maybe I'm just too impressionable, but it may well be that I am not the only one who felt something unusual here. That is why - for me, this observation deck has become the main attraction of Lanta. 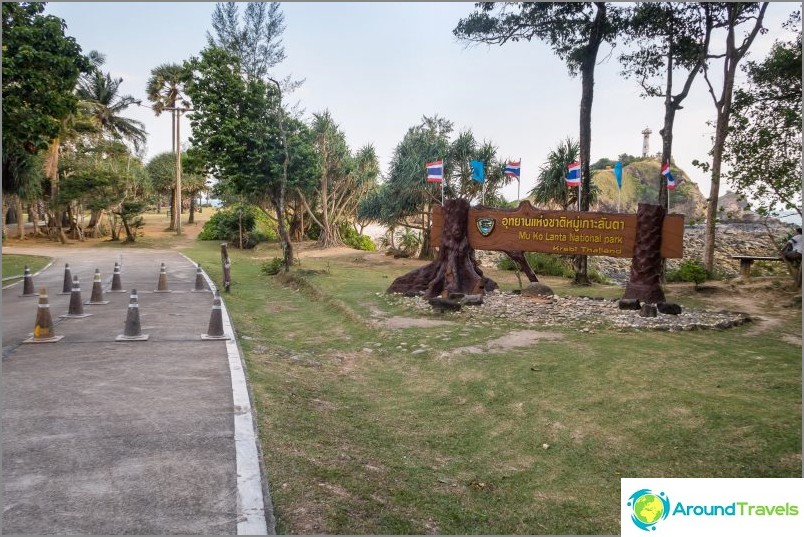 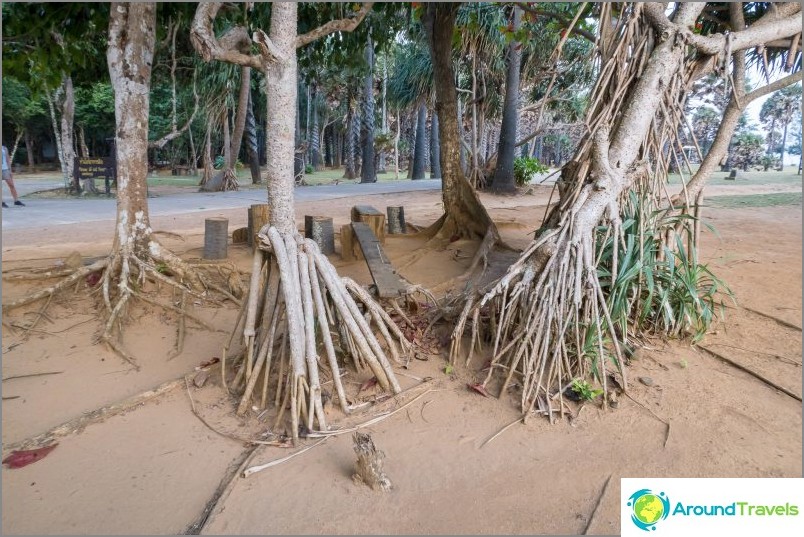 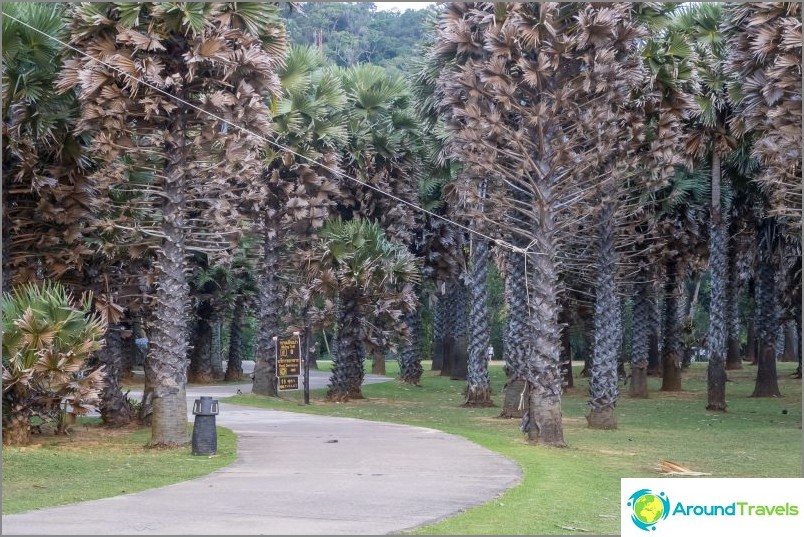 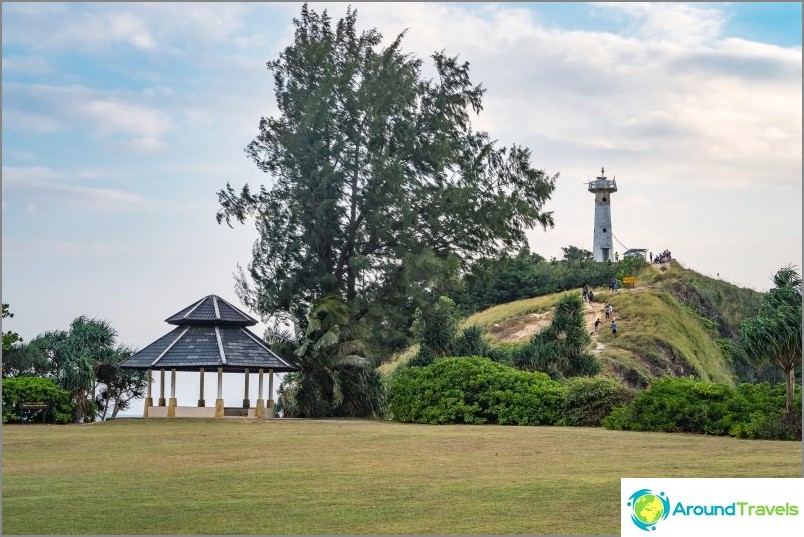 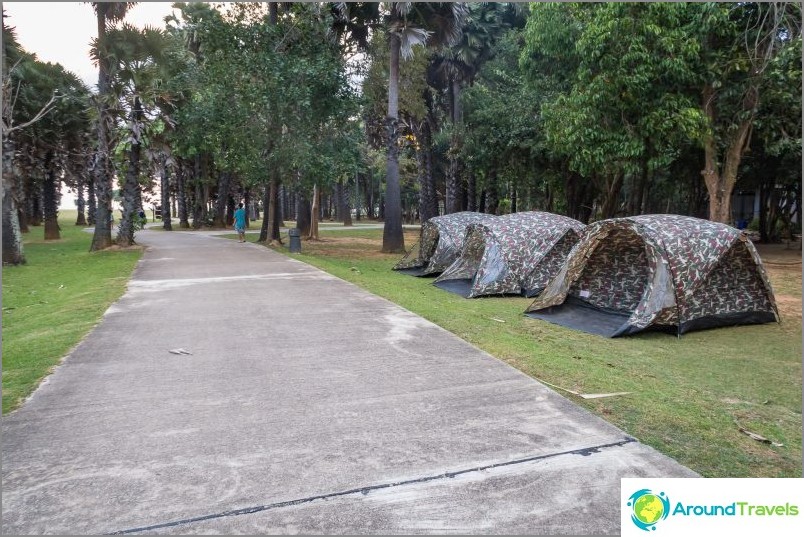 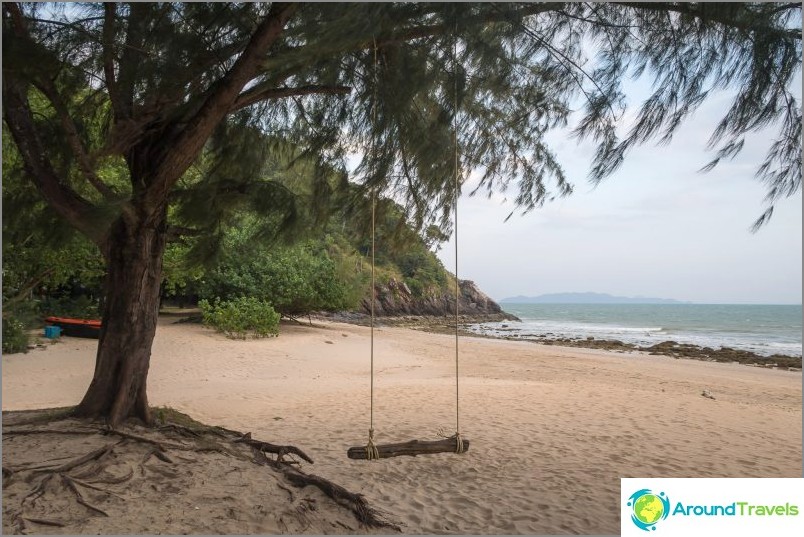 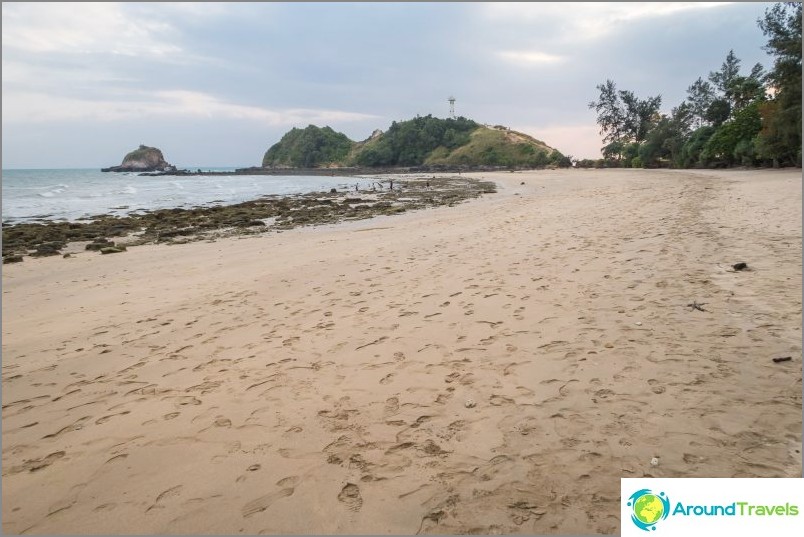 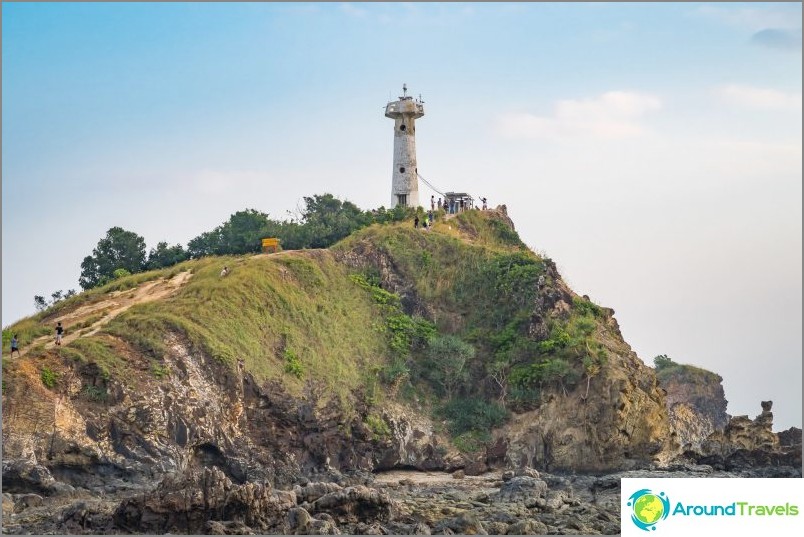 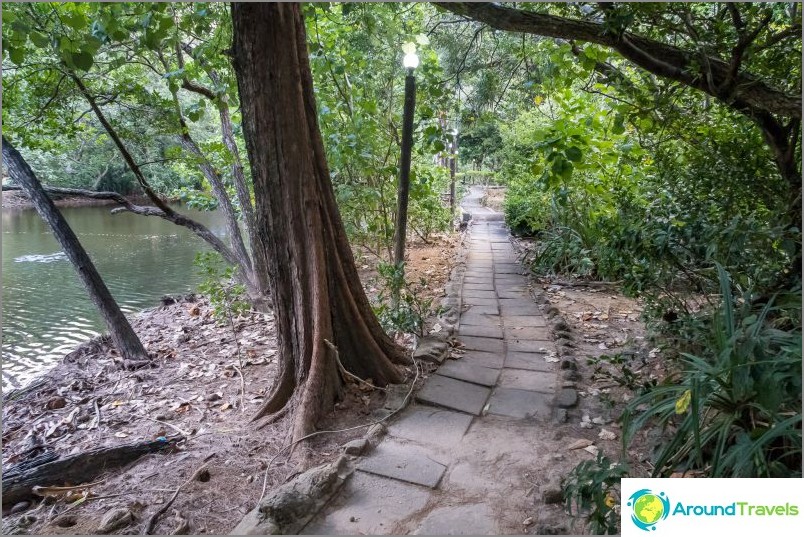 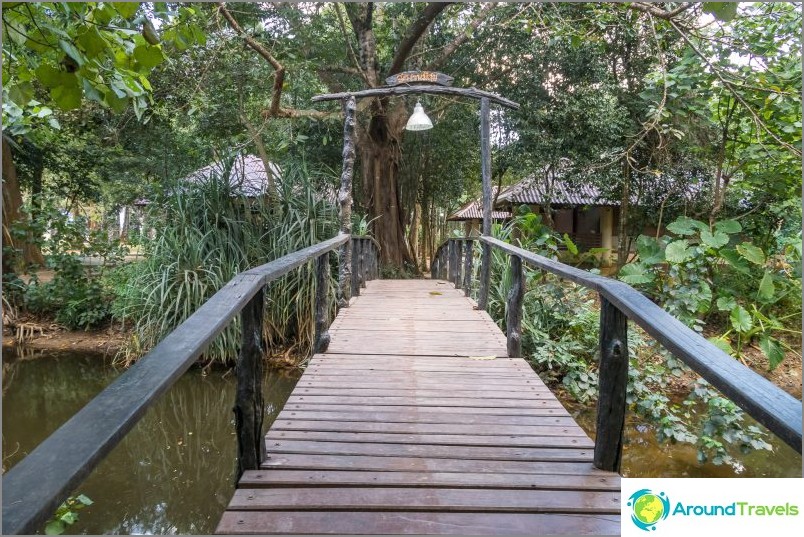 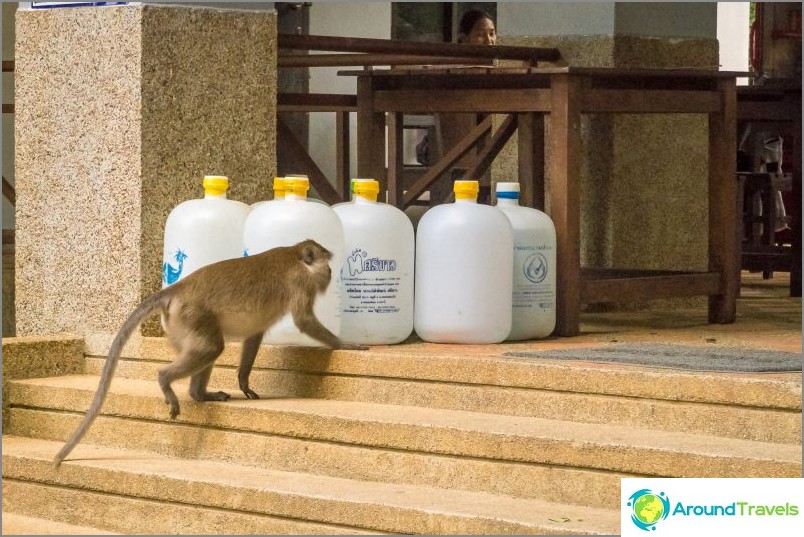 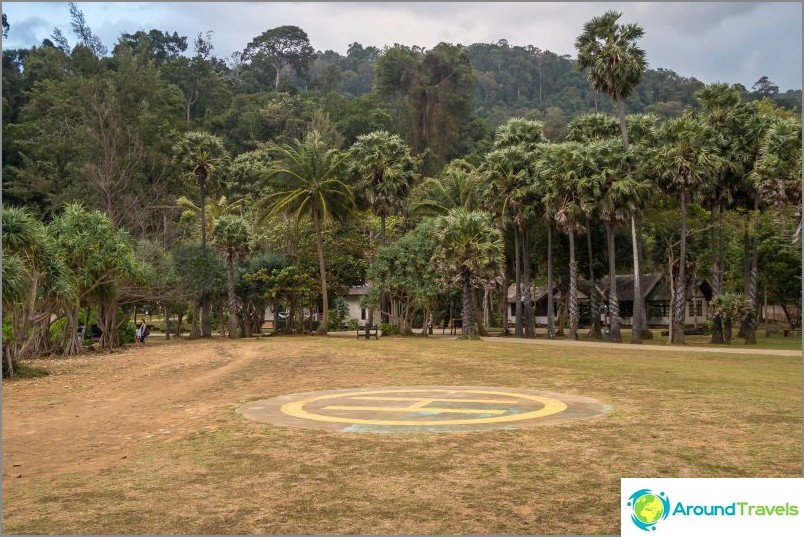 The lighthouse is closed to visitors, sobe satisfied with the top of a rocky cape. By the way, the cape is highly susceptible to erosion and I highly recommend it to the very edge of the site, otherwise you will have every chance to use your health insurance under the clause on repatriation of the body.

The view from here opens 360 degrees,impressive and fascinating - perhaps this is the best observation deck on Koh Lanta, even without taking into account the fact that I personally liked it so much. And there are no monkeys that can wait for you downstairs, on the beach or in the park, near the headquarters and cafeteria. With these, be careful - extremely arrogant and smart, pull things even out of closed and buttoned bags and backpacks. 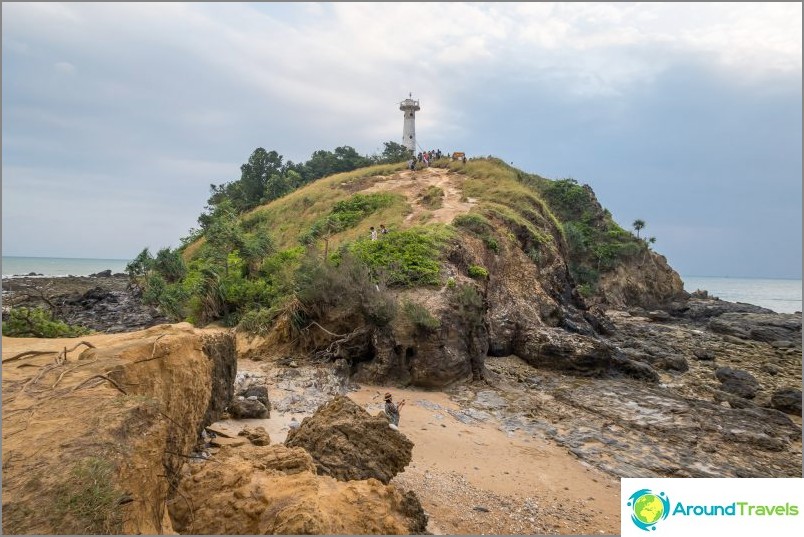 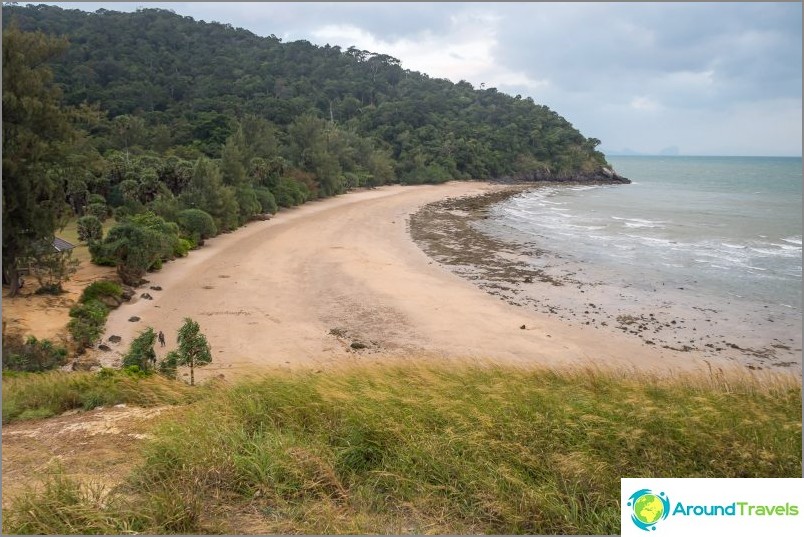 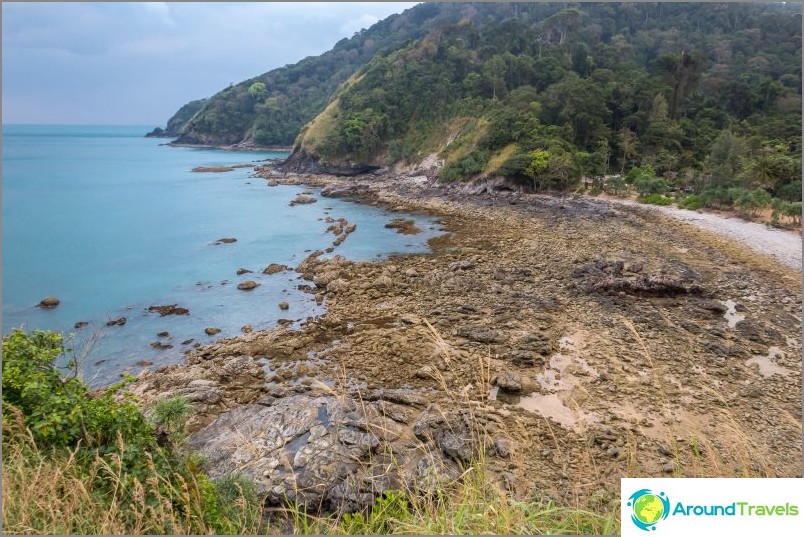 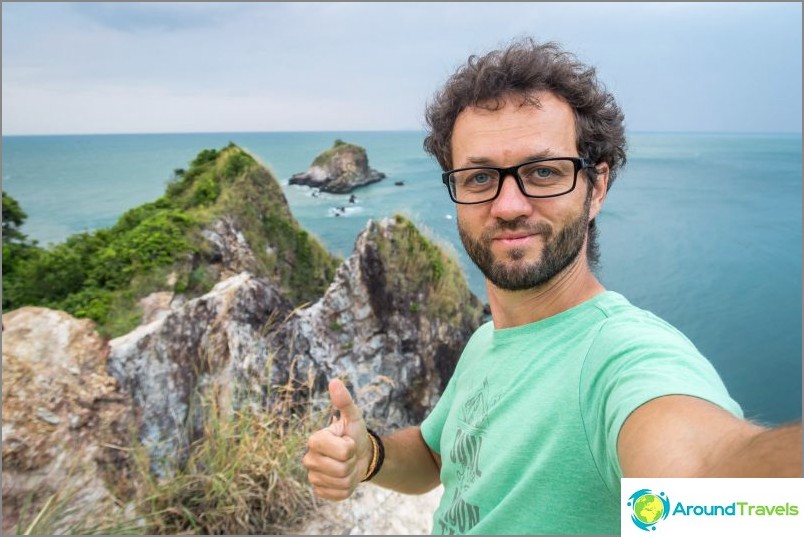 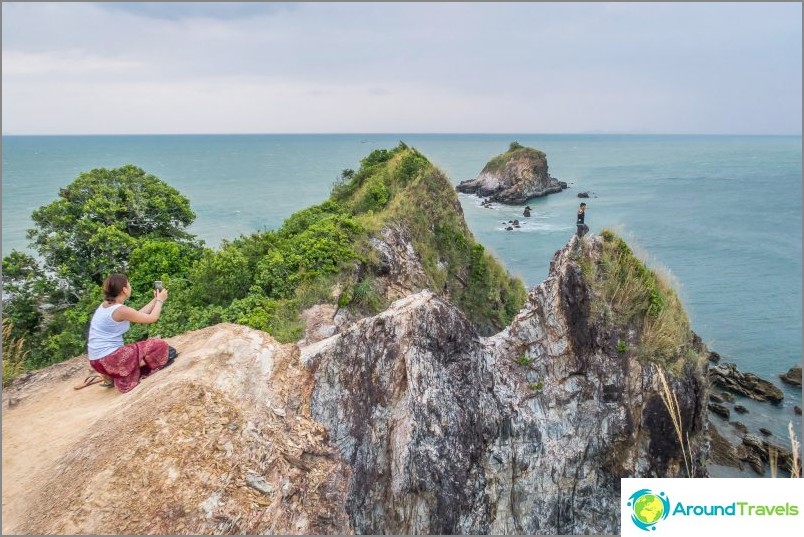 Not sure what to do 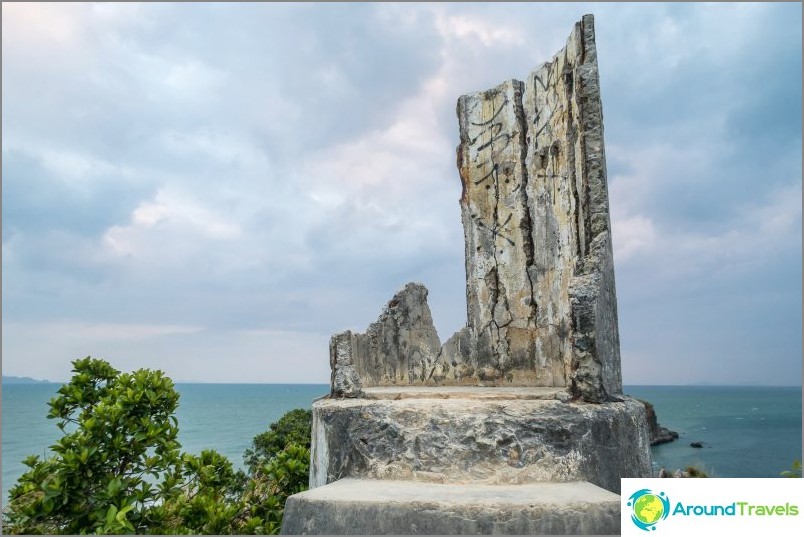 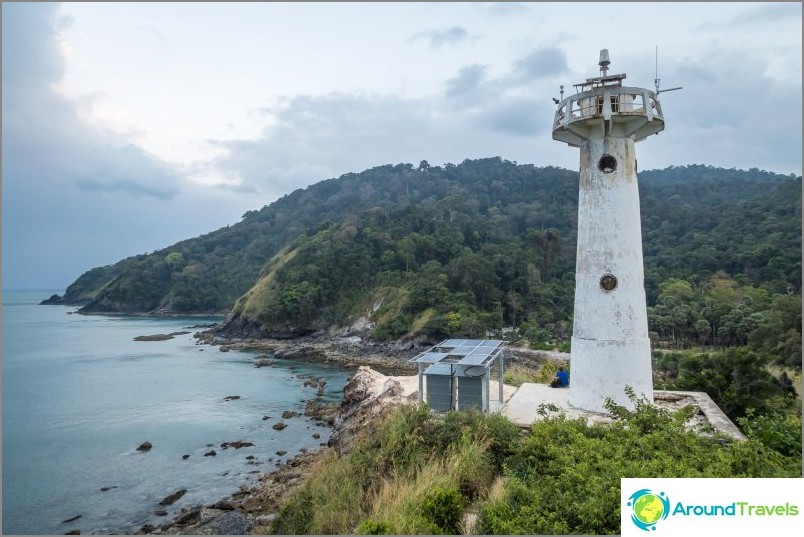 National Park on Koh Lanta (Mu KoLanta National Park) in general consists not only of a trekking trail, a beach and a lighthouse at the southern end of the island of Lanta Yai, but also includes 134 square kilometers of land and sea, including some neighboring islands.

Translated from Thai "Mu Ko" just means"Group of islands". The park was founded in 1990 as a marine reserve in the southern part of Krabi province. By the way, yes - Lanta, this is also Krabi, if you did not already know. The land park is 20 square kilometers of rainforest and coastal groves on the islands of Lanta Yai and Ko Ngai.

The price of living in a bungalow in the park: 2 rooms for 4 persons, 1,500 baht per room, plus entry fee. Not sure if this is a good idea and is popular. I just do not see the point of spending the night here.

Visiting time can be planned for about half an hour - if you visit only the beach and the lighthouse, and about two hours plus - if you are attracted to trekking. Plus time for a rest.

The roads around the park are steep, so you bettercheck the condition of the scooter before the trip and have confident driving skills. Be wary of monkeys - very active and arrogant. Eat ice cream on the go you are unlikely to succeed. Sturdy shoes are recommended for walking along the pedestrian path and to the cape with a lighthouse, not flip-flops. But this is optional, my sandals are completely gone and did not cause inconvenience. 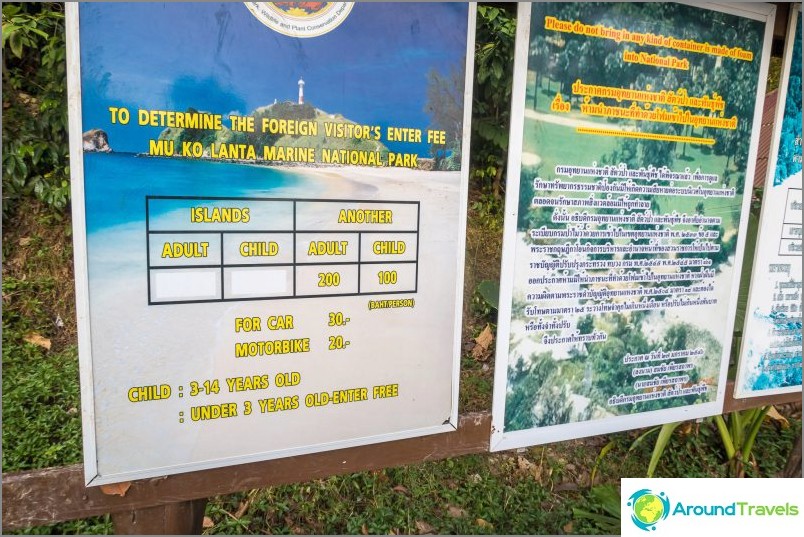 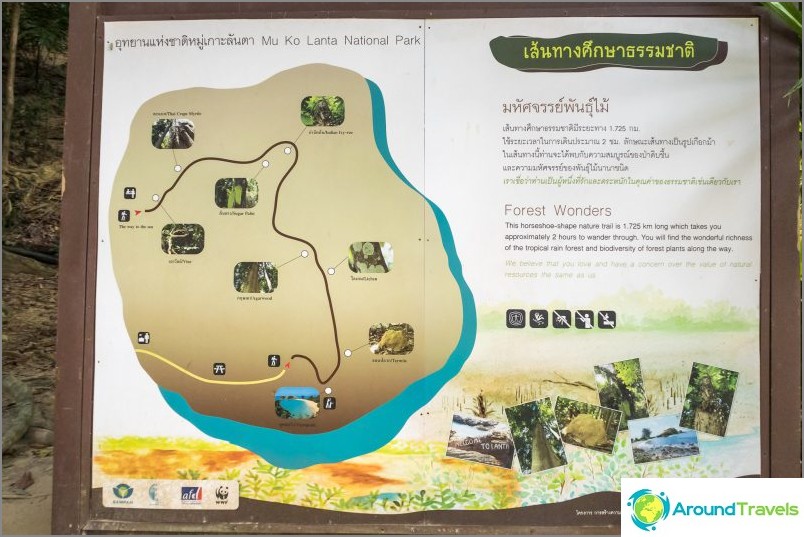 Lighthouse and viewing
The lighthouse and observation deck on the territory of Mu Ko Lanta National Park. Very atmospheric place. The only pity is that you cannot enter the lighthouse.
Read more. 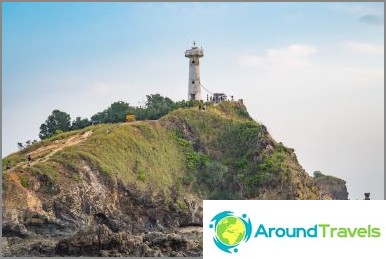 The lighthouse and observation deck on the territory of Mu Ko Lanta National Park. Very atmospheric place. The only pity is that you cannot enter the lighthouse. In more detail.

Pattaya Park Tower - lookout and my ...

How to change life for the better or what ...