Love Art Park Pattaya - Park witherotic-humorous theme dedicated to the relationship between a man and a woman. It opened not so long ago, a few years ago. There are ponds, fountains, paths, lawns, benches and a lot (they say that a hundred and a half) of sculptures and sculptural groups. From huge to very small. Strictly not for the Puritans.

The figures are scattered across lawns, along paths and near fountains. Some look quite frankly, in the 18+ category. And others are just funny and funny.

While I was walking there, none of the visitors were there. Sculptures in some places dilapidated, part of the fountains did not work, so the place, apparently, is not very popular. And for such a landmark ticket price is too high! In my opinion, it only makes sense to go there if you have absolutely nothing to do. The area of ​​the erotic park is quite large, but the exhibits are quite rare, the space is open and not very comfortable. There is little greenery and there is practically no shade, it is hot at noon, which is just a bitch.

Yes, some figures are quite entertaining, but theya bit, and it's easier to see pictures on the Internet. I expected more, to be honest, more fantasy. It seems to me that it was possible to turn around there like this ... I remember right away Temple of Hell and Paradise: the subject is different, but there the fantasy was really stormy at the author. 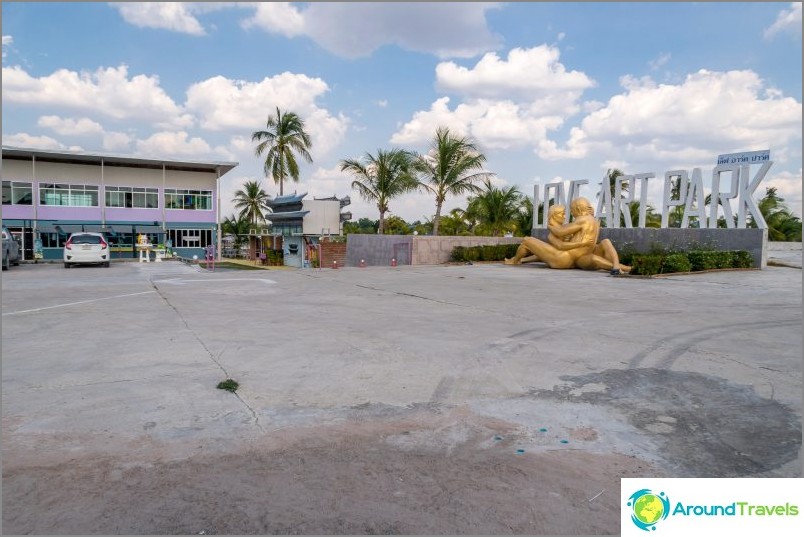 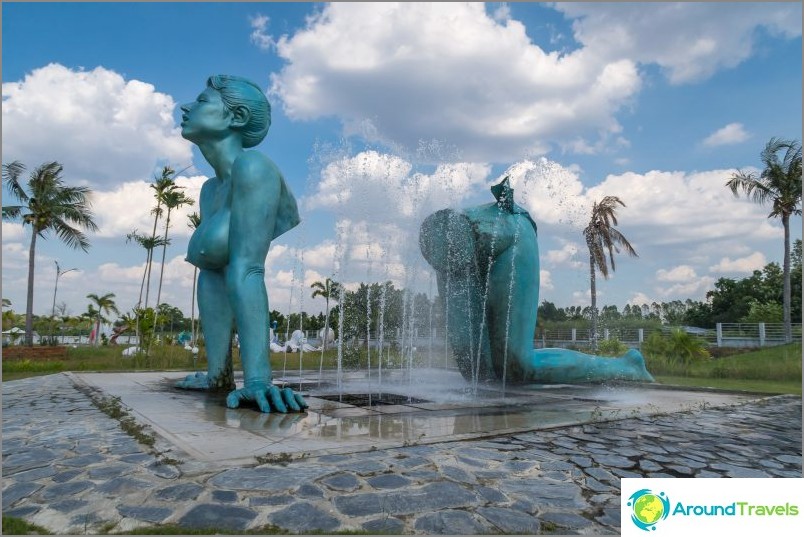 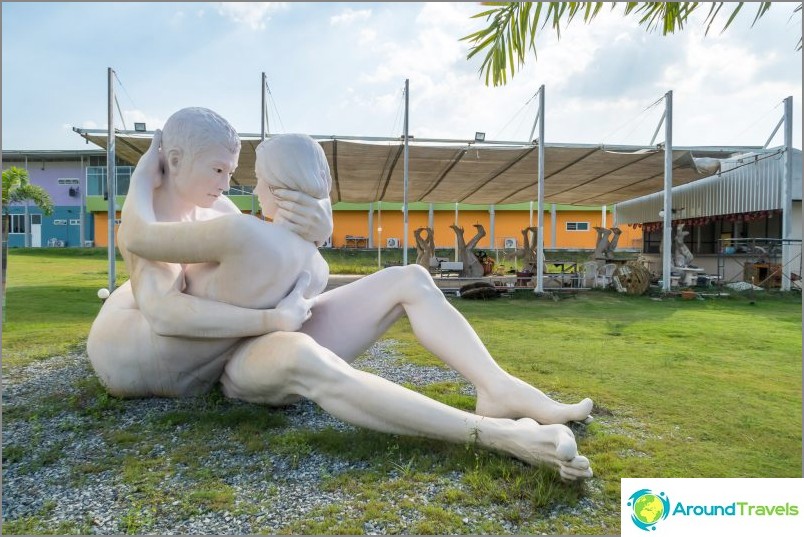 See, quite a nice and harmless 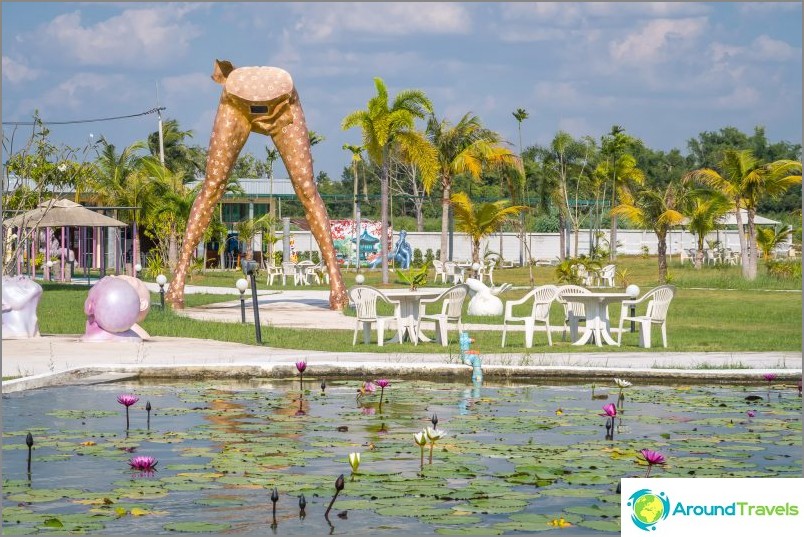 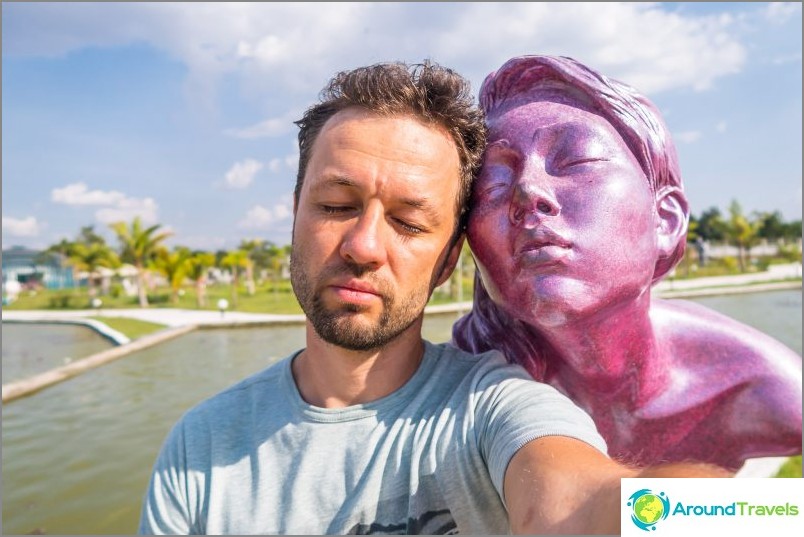 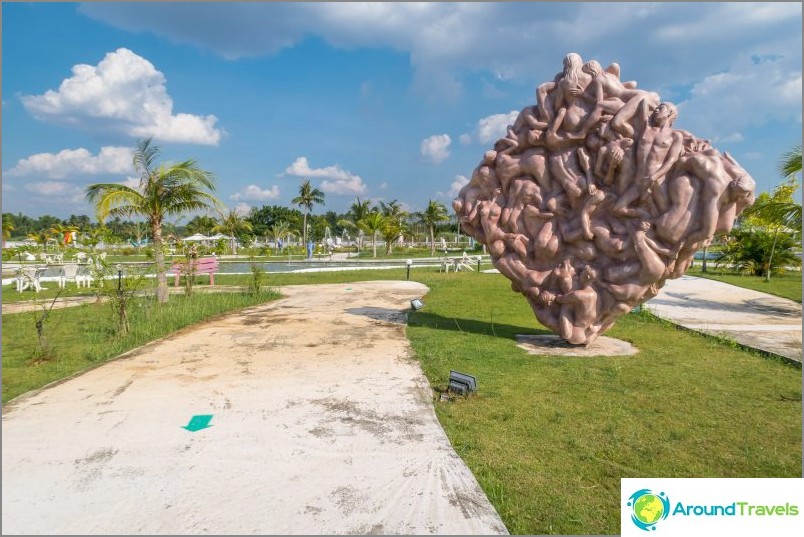 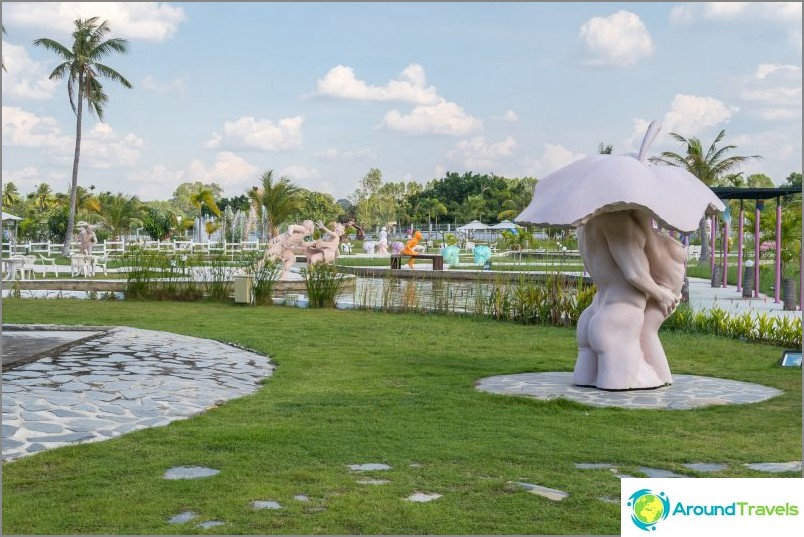 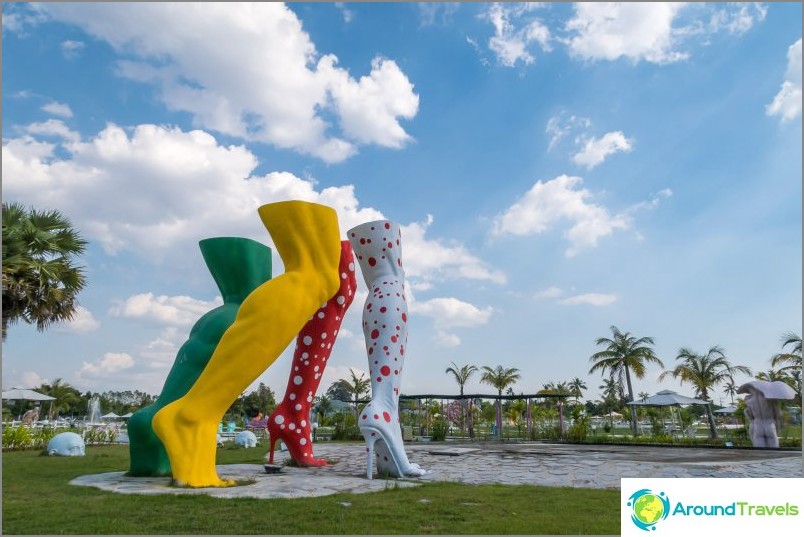 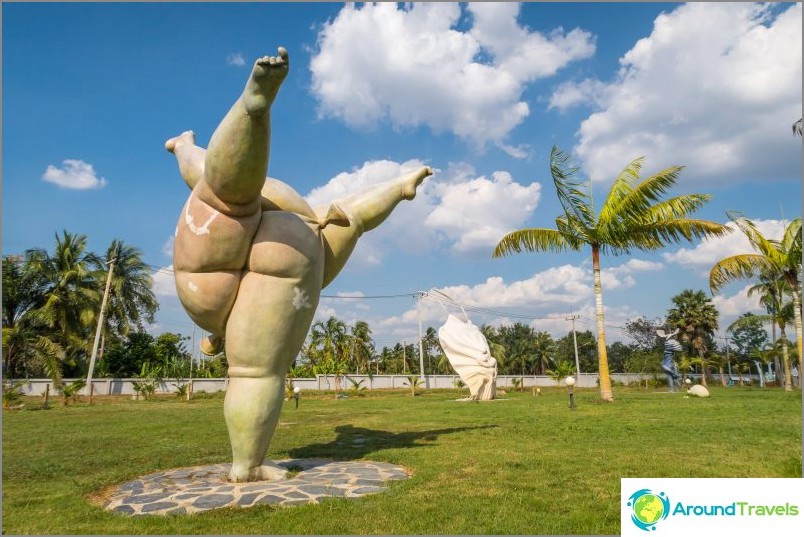 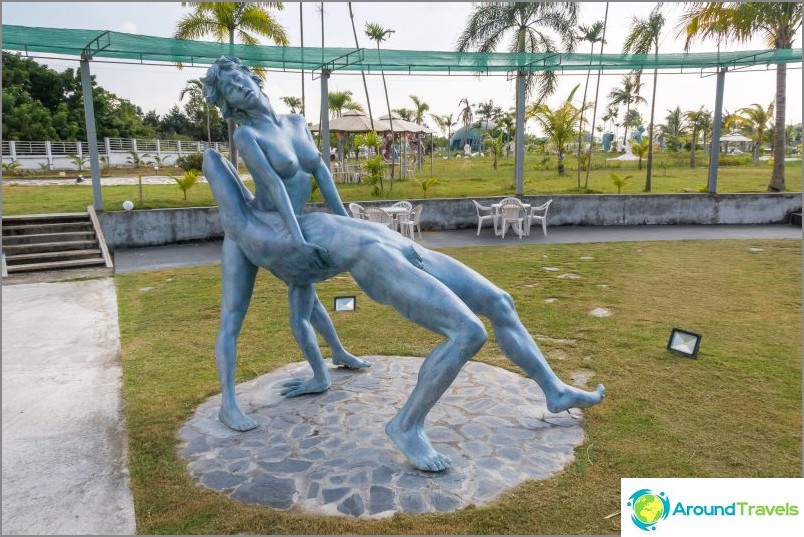 Well, at least some erotica in the park 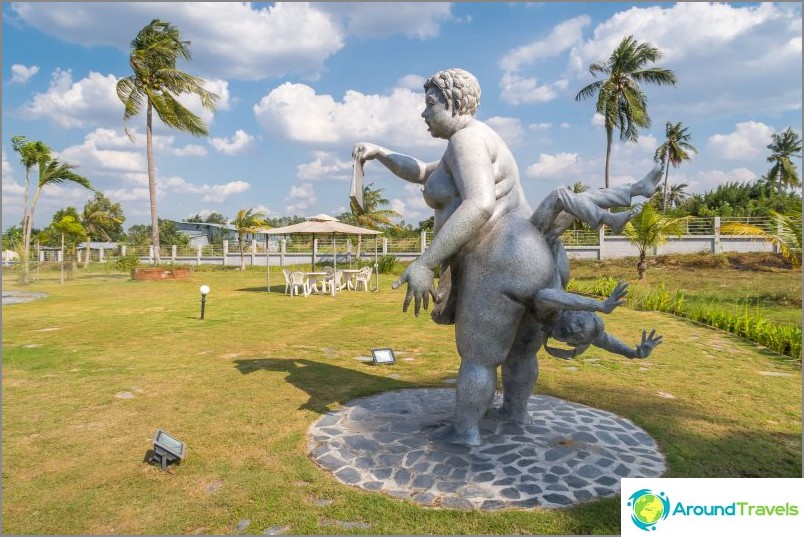 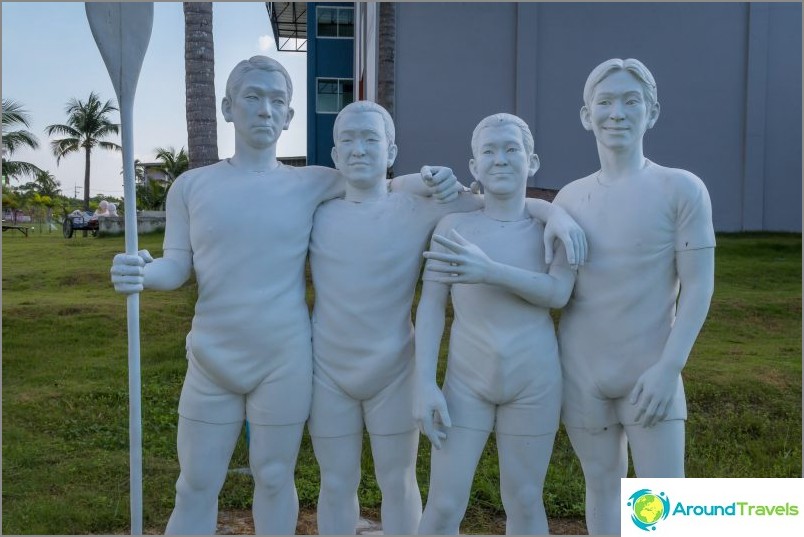 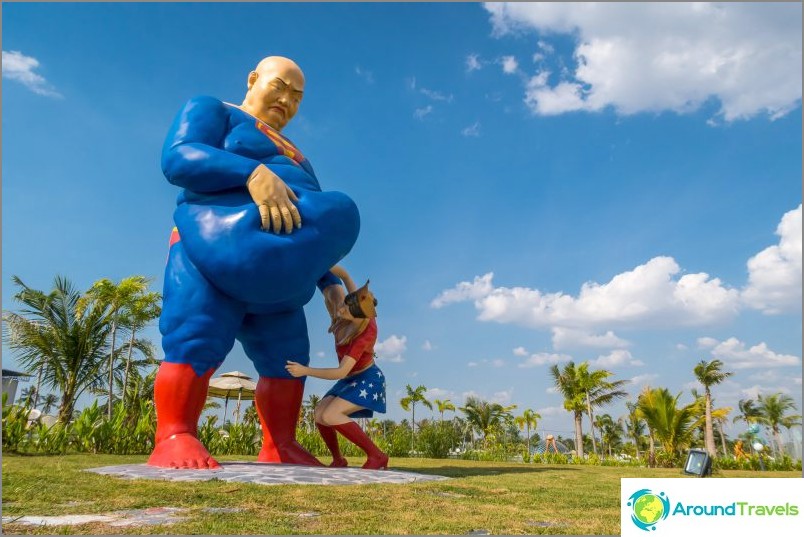 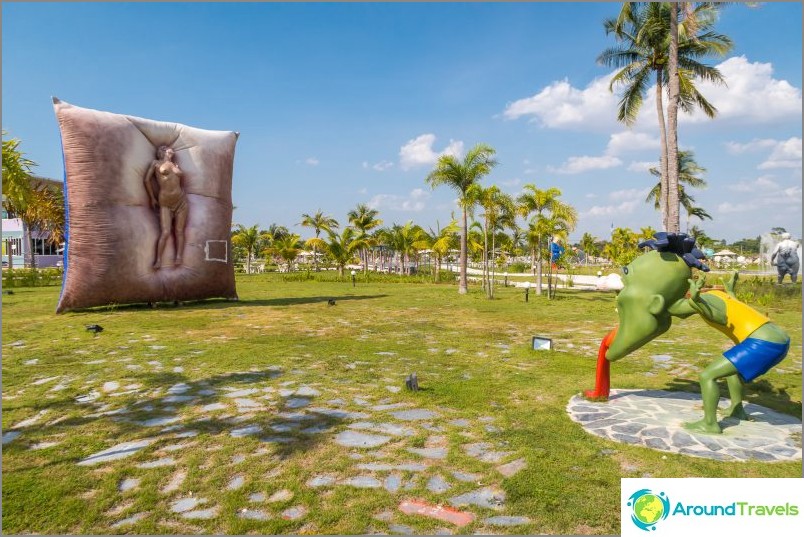 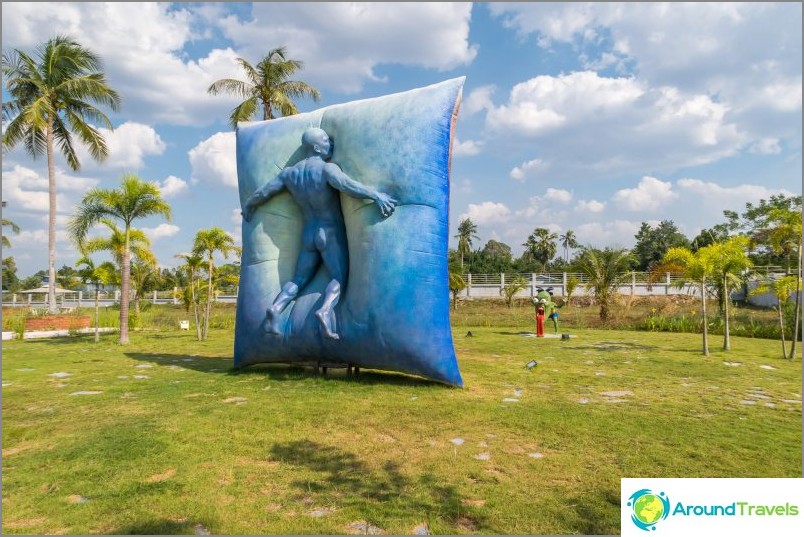 And on the other hand, it's funny 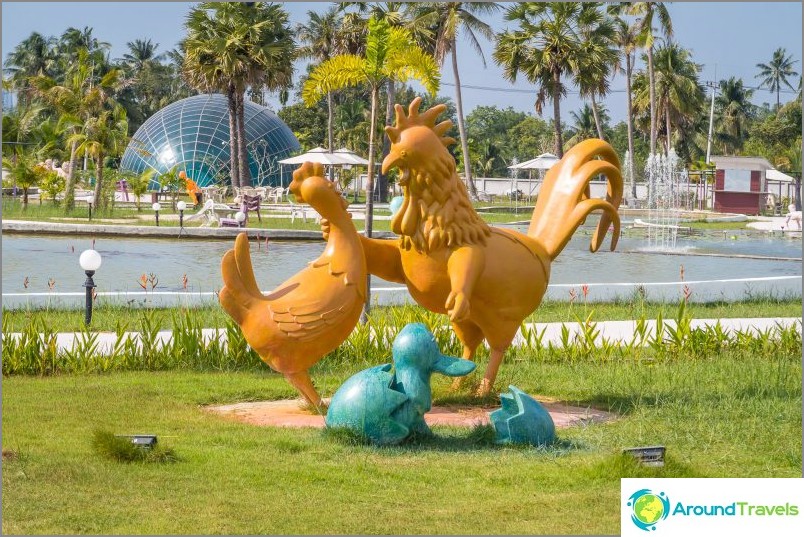 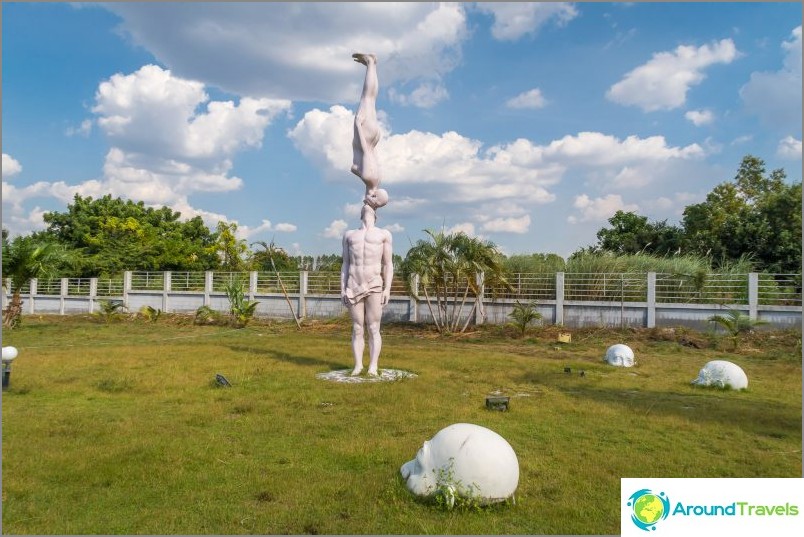 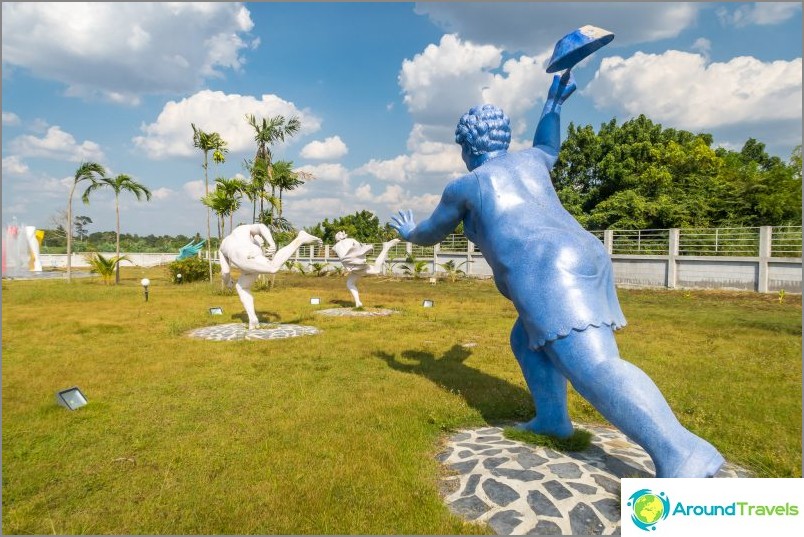 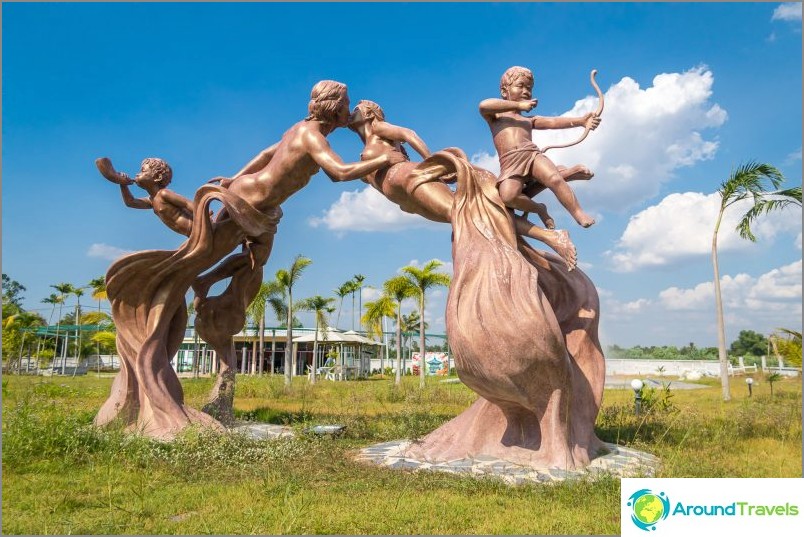 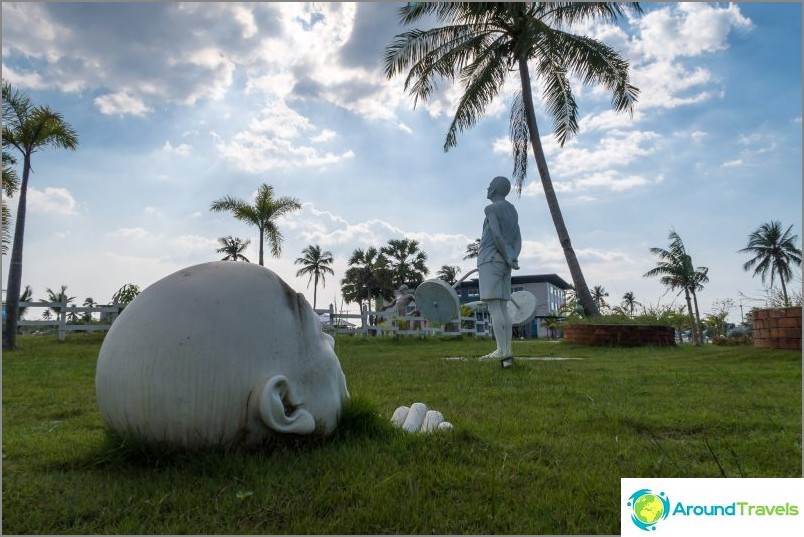 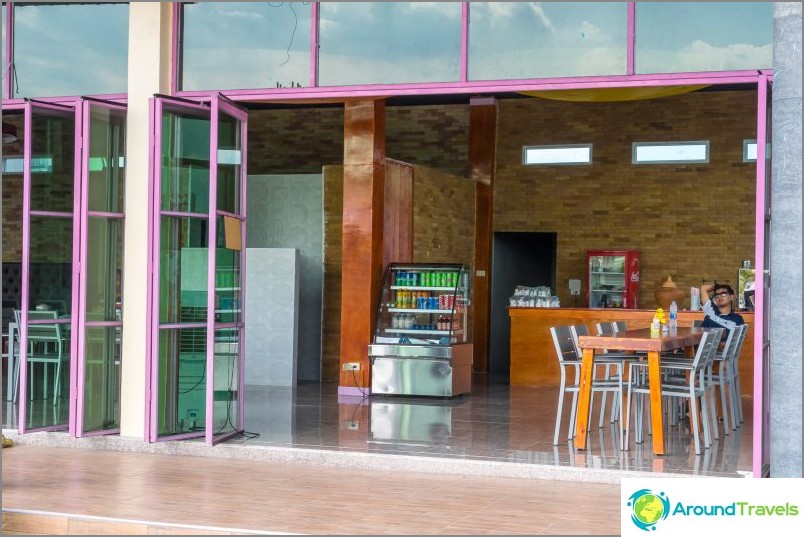 Cafe in the park

When I left, some disappointment befell me. Probably, if it was a free park, it would not be a question, but so ... It may be closed altogether, judging by some desolation, but this is only a guess.

Puritans here, of course, do not need,will spit. Such things are interesting to me, but I don’t have much to do with the creative, at least to see what others think of. But some figures, um, I want to see

Opening hours: from 10 to 19 hours; although the avenue says that the park is open until 22 o'clock. Apparently in the dark quite boring.

The park is quite far outside the city, south of Pattaya. On foot or by public transport can not get there. Either take a taxi or ride your own auto / moto transport, if you have one.

Driving along Sukhumvit towards Sattahip,after the parking of the yacht Ocean Marina Yacht Club, which will be on the right of the road, you must turn left, on Soi 13 Najomtien and road 1063, which leads also to the Phoenix Gold Golf & Country Club. After crossing the railway at the intersection in front of the Mini Big Ci, you can turn left, to the Wat Thung Lahan temple, passing along it a little ahead, on the left you can see the Art Park parking lot. 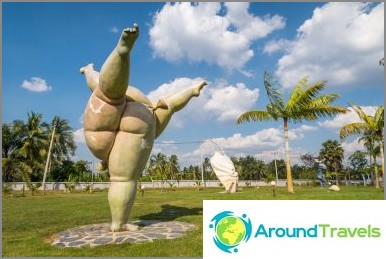