As a rule, I always use Google Map tofind something on the map. But sometimes you have to resort to ordinary maps, some of which help you quickly find out where a particular beach and region is located, because on Google it simply does not exist. In addition, street names do not coincide with Thai. I initially suffered so much before I realized this.

Most often, maps are needed before traveling, andBut during it, it is possible to use paper that is not difficult to get on the spot - either at the airport, or at a shopping center, or at a scooter rental point. Usually they are quite detailed and they contain sights, shops, markets and train stations. As an option, using maps in GPS, for example, for Igo 8, we did in Bangkok, it’s very easy to get lost there at first.

On the beaches of Phuket in general

Briefly talk about the beaches of Phuket. The entire west coast is suitable for swimming, but the east is not. Eastern Chalong Bay and Rawai beach good for eating seafood, as well as for cheap and long stay. However, the shore is dirty there, busy with fishing boats and no one bathes there.

The most popular beach in Phuket - Patong (Patong), many compare him to Pattaya, sohow is the most rave place on the island: nightlife, clubs, bars, shopping centers, a lot of people. Therefore, if you need peace and quiet, then you definitely should not go there, I do not recommend. For a family and relaxing holiday, either on a rustic Bang Tao (Bang tao) either on Kamala. And if you need something in between, then Katu or Katu Noi. Alternatively, you can choose Caron, but he is not far from Patong, there are also a lot of people there, although there are smaller movements.

My favourite Nai Harn beachwhich is located in the south of Phuket, there are only a couple of hotels on the shore, the place is quiet and beautiful, near the lake. And if there is a bike, then from the same Rawai Beach, to get no more than 15 minutes. Perfect place!

Another, more crowded beach Nai Yang Beach. Located near the airport and not very popular among tourists, because the infrastructure is not enough, and you can swim only in the central part, where it is deep.

For starters, I present to you the Google map,on which I noted all the beaches on the island. Including private beaches of hotels, small and little-known beaches. Popular there, too, is by itself. Clicking on the point, you can click on the link and read a detailed description of each beach and see photos.

And then a few ordinary maps, which are signed only the most popular beaches of Phuket. All maps are clickable and can be seen in large size, as well as downloaded to your computer. 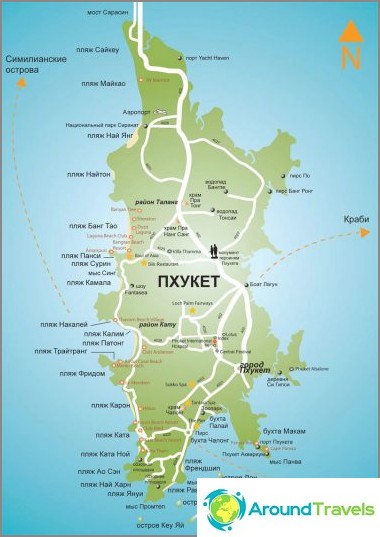 Phuket map with beaches in Russian 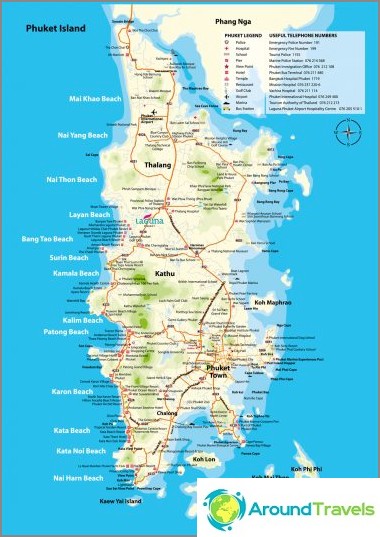 And now a few maps on the approach. 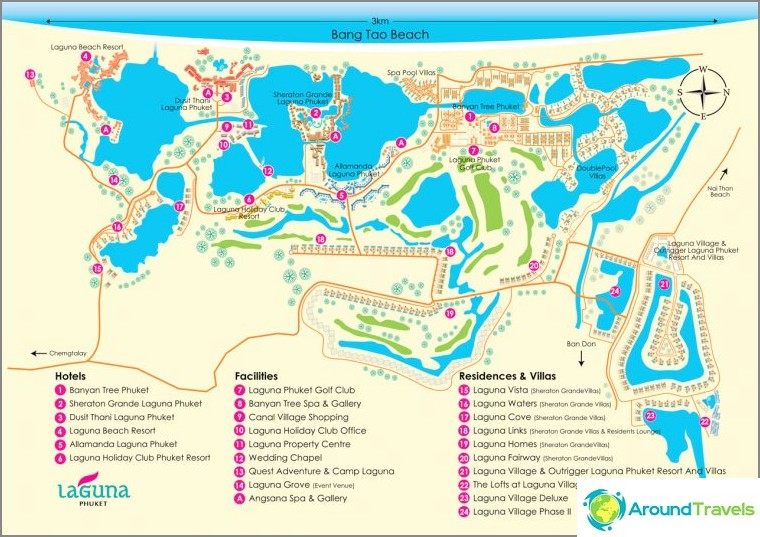 And finally, the map of the main and onlycities on the island - Phuket Town (Phuket-town). If you come to Phuket Island by bus, you will most likely get into the city. And if you will go to shopping malls or else where. 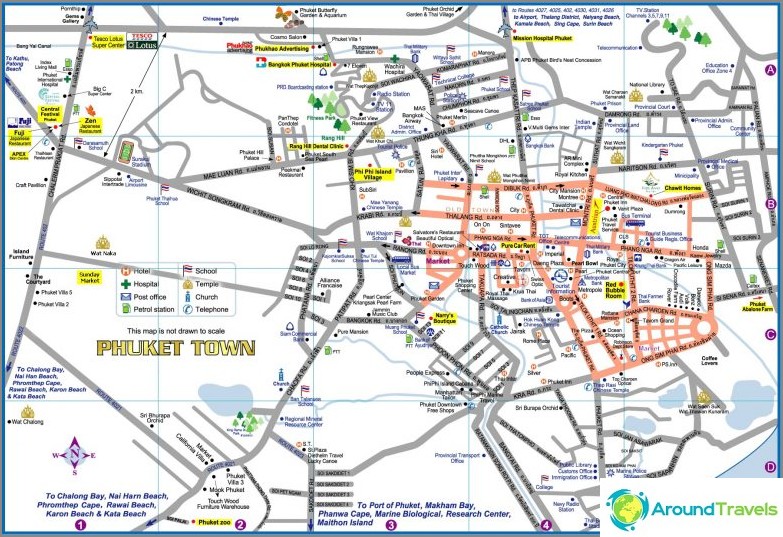 P.S. But that's not all, I have a detailed overview of all the beaches of Phuket, just recently traveled and photographed.

And if you want to find out about short term housing options in Phuket, we have personally composed hotel review. In general, the choice of housing in Phuket presented on any budget, it remains only to open RoomGuru and choose what you like.

The Wat Umong Tunnel Temple is one of the ...