Sochi Commercial Sea Port is located inthe mouth of the river Sochi, in the most popular tourist area of ​​the city. The station building is officially considered a cultural monument of federal significance and in its essence is just a beautiful shopping center with prices for the gods. Something like Moscow's GUM, where the ordinary person has nothing to do, but it turns out great photos. In the center of the building, a seventy-meter-high tower with a steel spire, the inner space of which is divided into three floors, where four sculptures are installed, according to the number of seasons and cardinal points, sparkles.

The whole landmark consists of three mainplots: the building itself, the area behind it and the marina for yachts. On the side of the city, there is a square adjacent to the Sea Station, in the middle of which there is a fountain with the Navigation sculpture, and closer to the central embankment of Sochi is a sculptural composition dedicated to the heroes of the film “The Diamond Hand”. Actually, the Sea Port itself was the film set in the episode where Semyon Semyonitch parted with his family before diving aboard the Mikhail Svetlov. The film still does not have such a number of marinas, densely studded with private yachts, and there were mostly large ships - the depth of the bay allows.

Maritime Station in Sochi is literally a 15-minute walk from the train station. And the whole road between the two main transport hubs of the city is Navaginskaya street: very beautiful, refined greens andflowered pedestrian zone. In general, I would say that this is a landmark, deserving half an hour for inspection, but you have to be ready for the intrusive proposals of local barkers.

On the one hand, I understand that people are tryingto make money, but some of them are rude, intrusive and act on the verge of divorce, when a dove or a monkey is planted on you, and then they ask for money, otherwise they start a scandal. And they are not only about the Seaport, keep in mind. 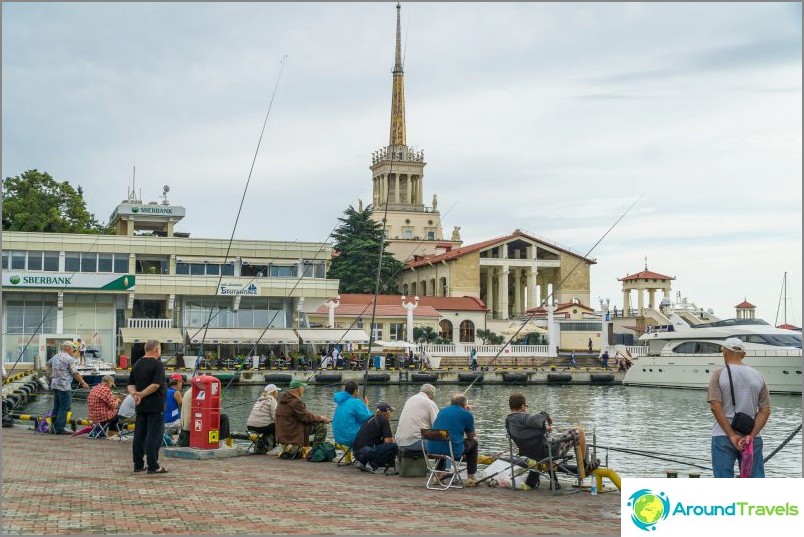 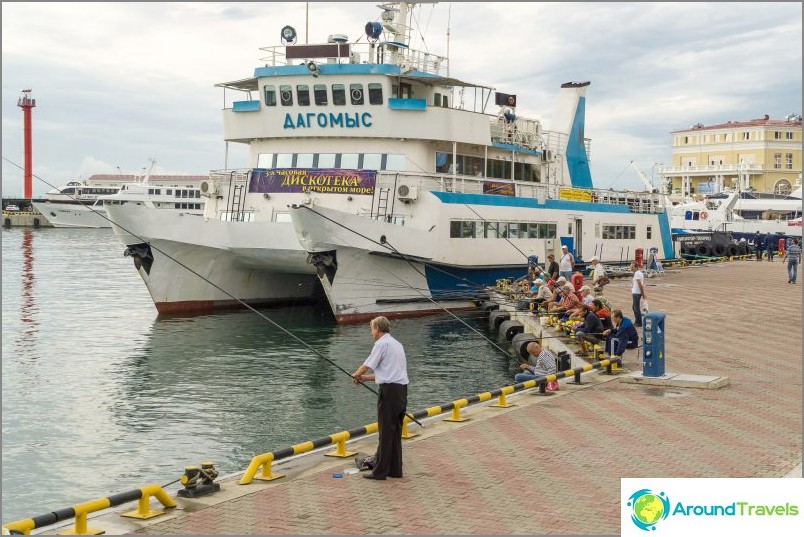 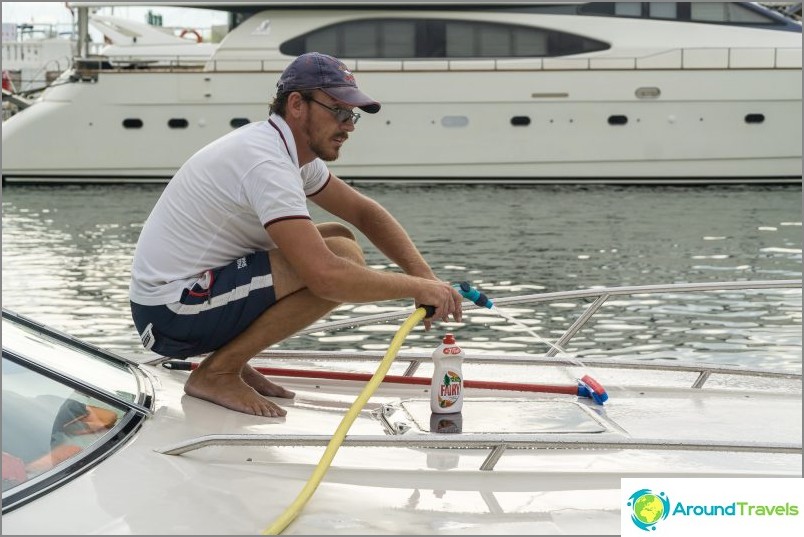 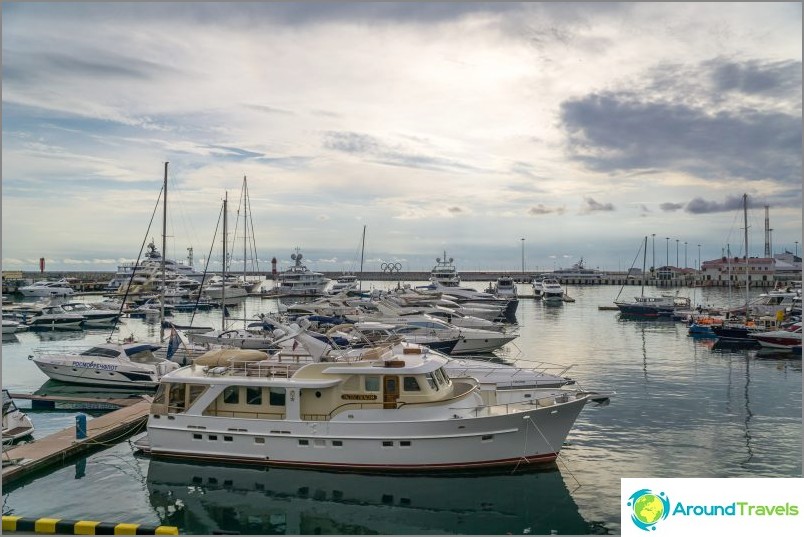 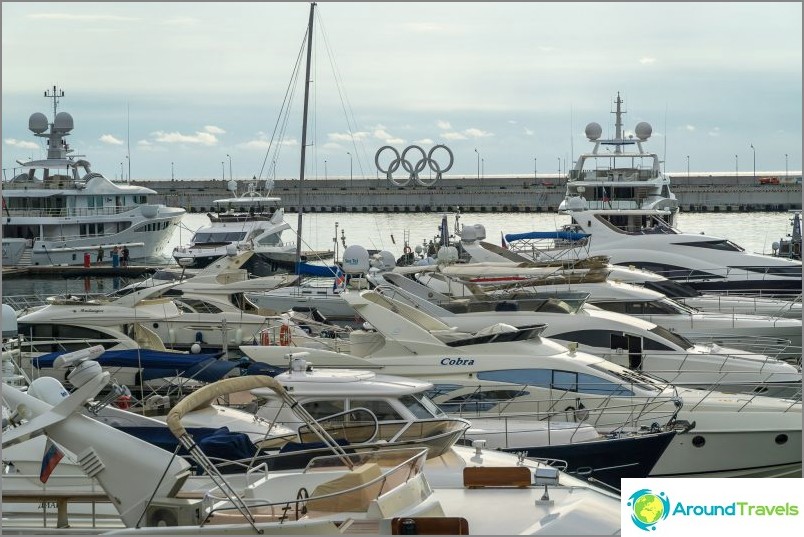 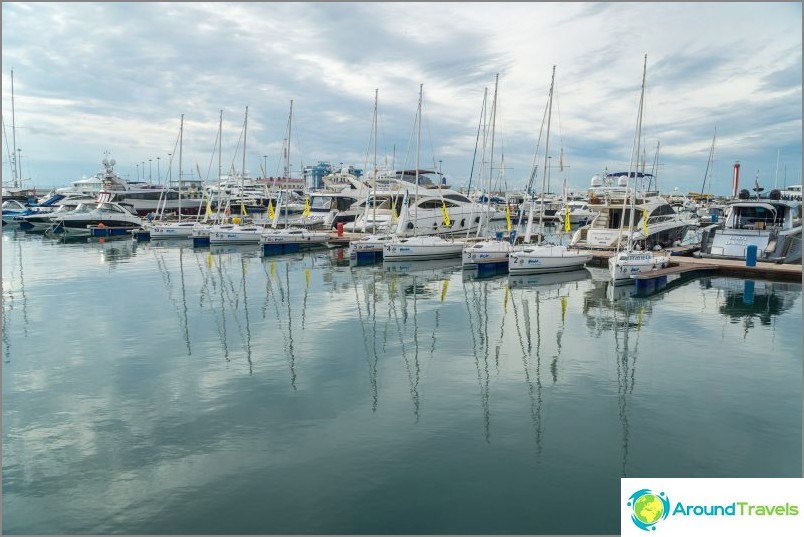 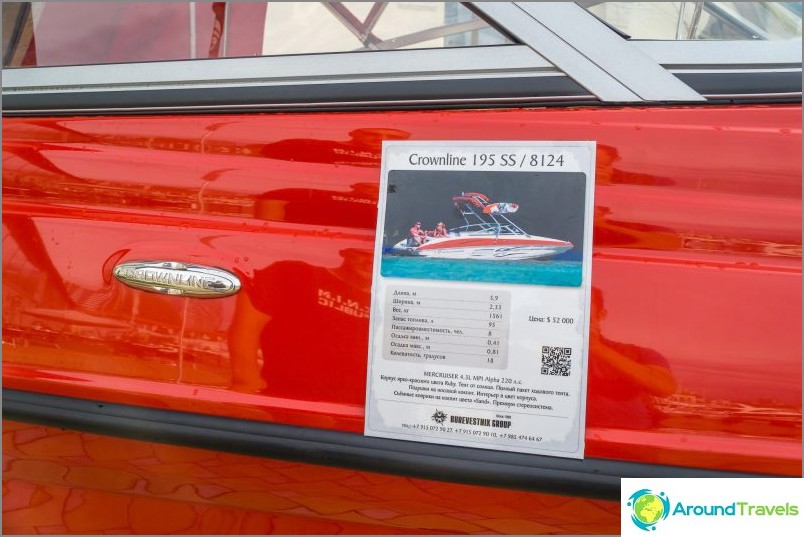 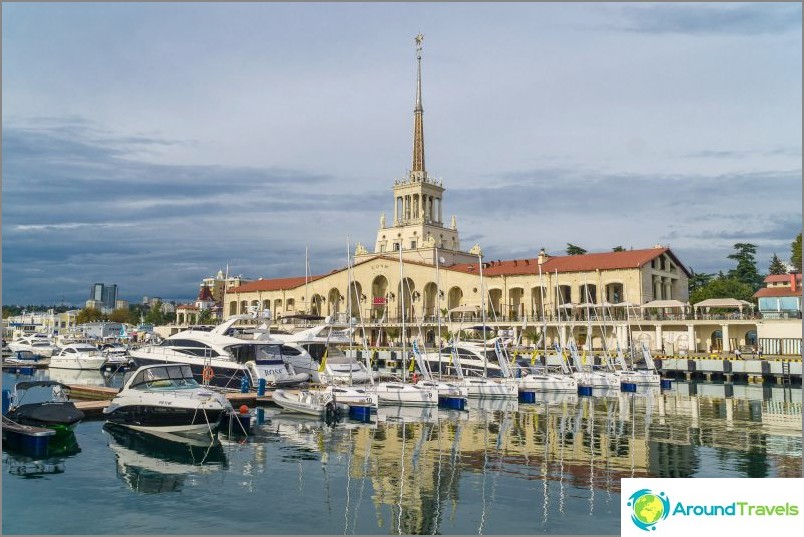 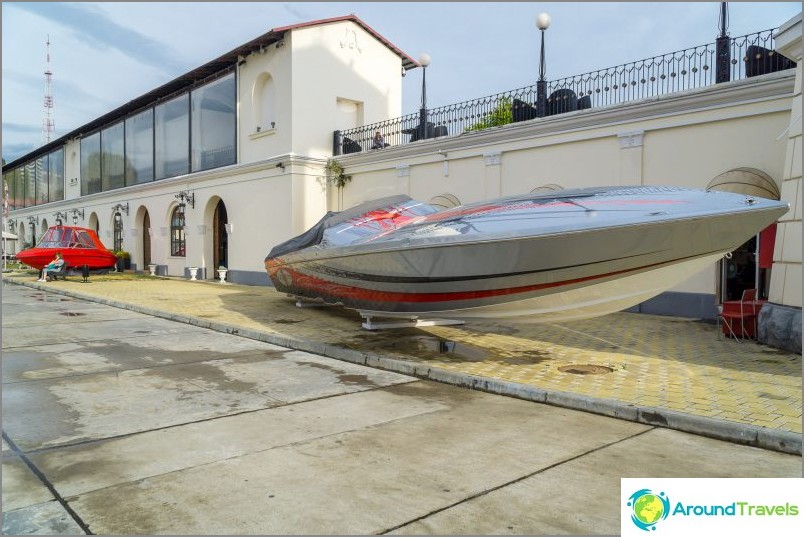 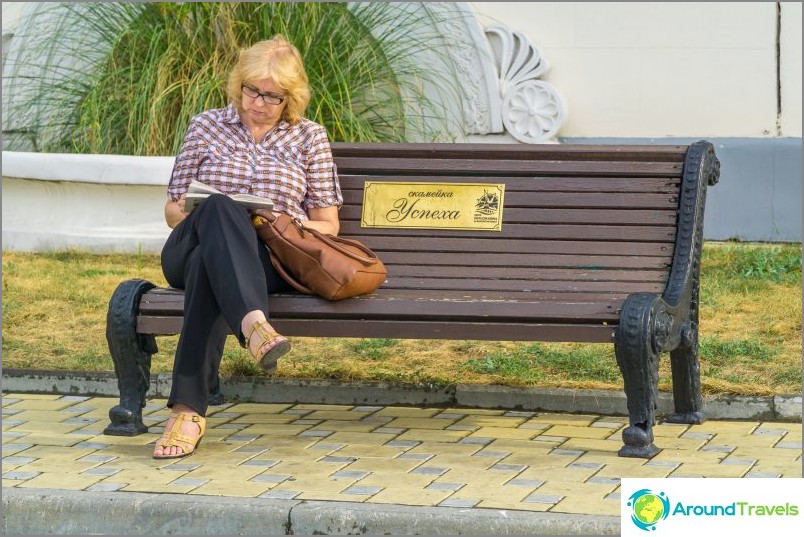 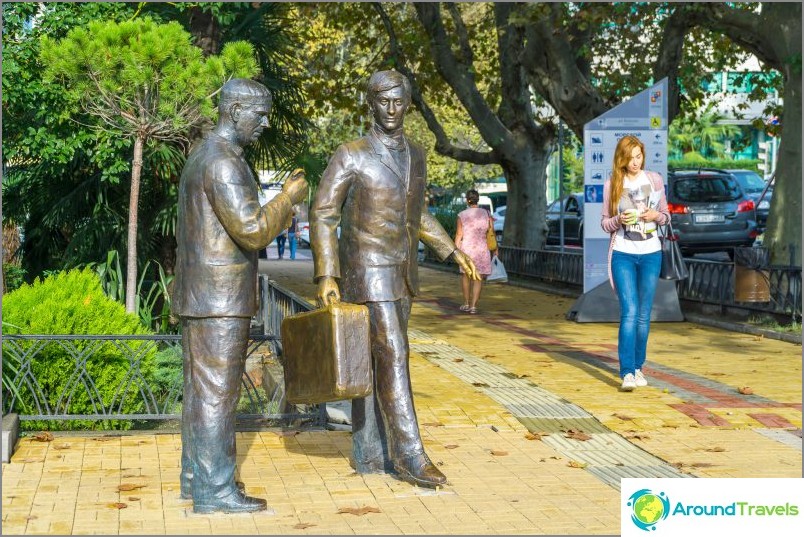 Entry to the territory is free.

Not suitable for sunset - the sun sets behind the pier and the fullness of sensations will be oiled.

With parking at rush hour - just a disaster.

Maritime Station
Sea port with marina for yachts. Inside, in addition to cash desks, there is an expensive Shopping Center. Historical object.
Read more.

Sea port with marina for yachts. Inside, in addition to cash desks, there is an expensive Shopping Center. Historical object. More details.