Home>New articles>Nevyanskaya inclined tower - there is a leaning tower in Russia!

Nevyanskaya inclined tower - there is a leaning tower in Russia!

Have you been to Pisa? And I was not. But you know about the leaning tower of Pisa, and I know. Everyone knows about her. But there are a lot of falling and downhill towers in the world. Yes, and we in Russia have such, and not one, as it turned out.

Once I accidentally drifted into Nevyansk. This is a city in the Sverdlovsk region. Not quite by chance, of course - I went to visit my relatives. So they told me about this monument of falling architecture.

It stands there swinging, in the sense of falling, alreadylong ago, already from the 18th century. Built by order of Akinfiy Demidov, whose office was located on one of the floors. In fact, the Nevyansk leaning tower is not considered to be a falling one, since its slope remains unchanged. Its correct name is the Nevyansk Inclined Tower. For me, it makes no difference what you call it, so long as people know that there is such a thing in Russia, and why not go to Pisa. For the average person it doesn’t matter at all whether its inclination changes or not, the main thing is to see. True, after all, an unusual sight. 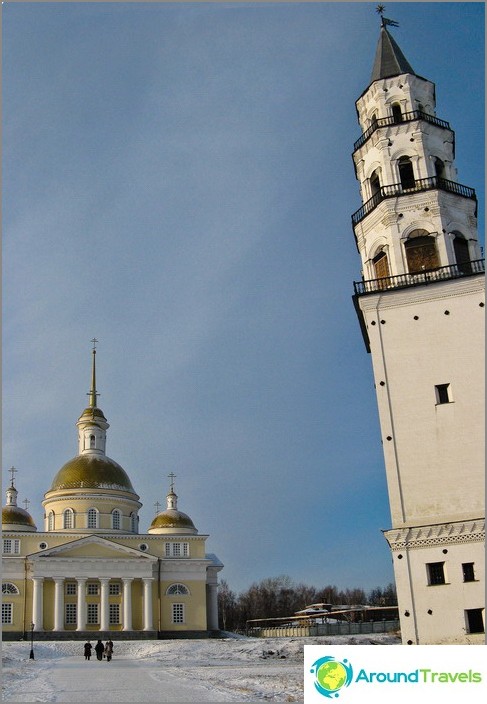 As we were told, the sloping tower was unknownoriginally built or later bent. And also it is not known why it was built at all. Here it is, the story! He knows everything, but he knows nothing. According to some reports, in this inclined Nevyansk tower coins were made of gold, the samples above the state. There are also stories about some flooded basements where these coins were kept and which no one can find now. 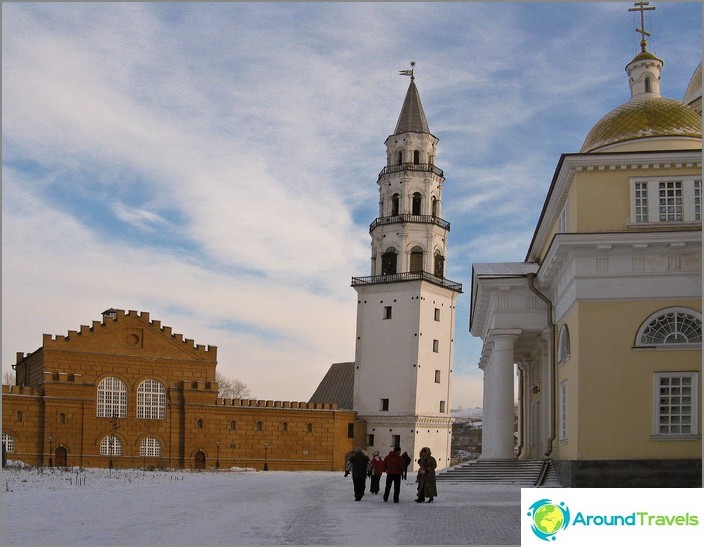 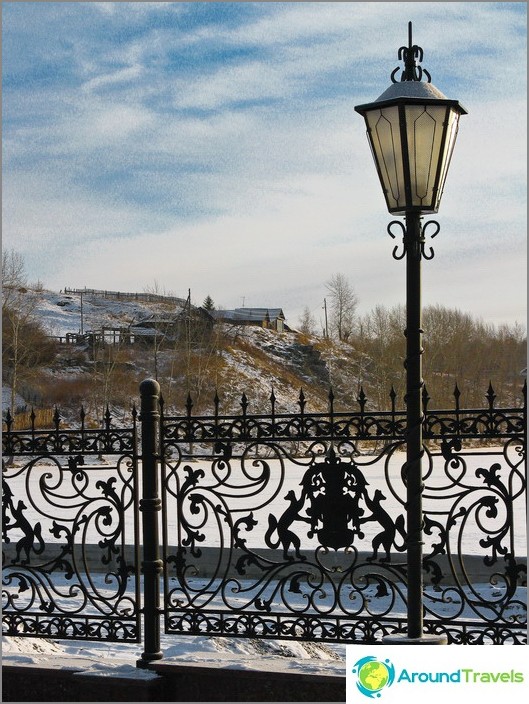 Provincial landscape next to the falling tower

Nevyanskaya tower is permeated with a metal frame. Tightening beams can be seen inside the tower. Outside they are braced. The thickness of the walls of the lower floor is about two meters. And inside the wall there is a ladder. Feeling uncomfortable inside such a stratum. 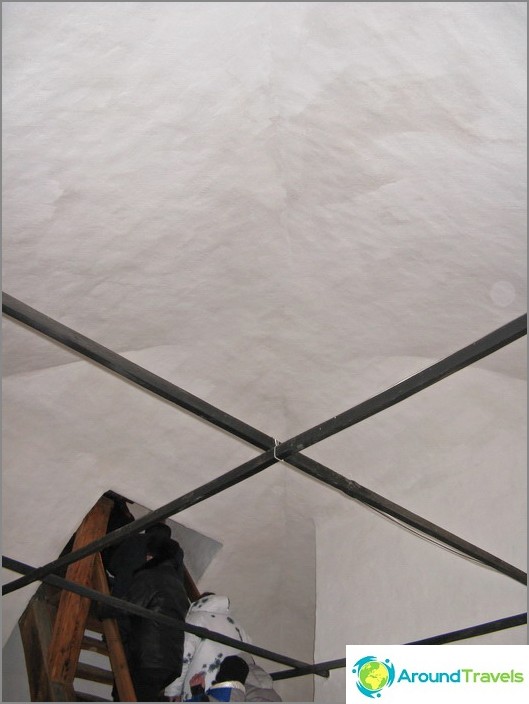 There is another interesting falling tower -auditory room with a cunning vaulted ceiling. Two people who are in the opposite corners of this room, and turned to face the wall, can talk to each other in a whisper, while no one will hear them in the center of the room and other corners. At first I did not believe it, but it really is. It seems that the other person is whispering right in your ear, although it is 5 meters away. 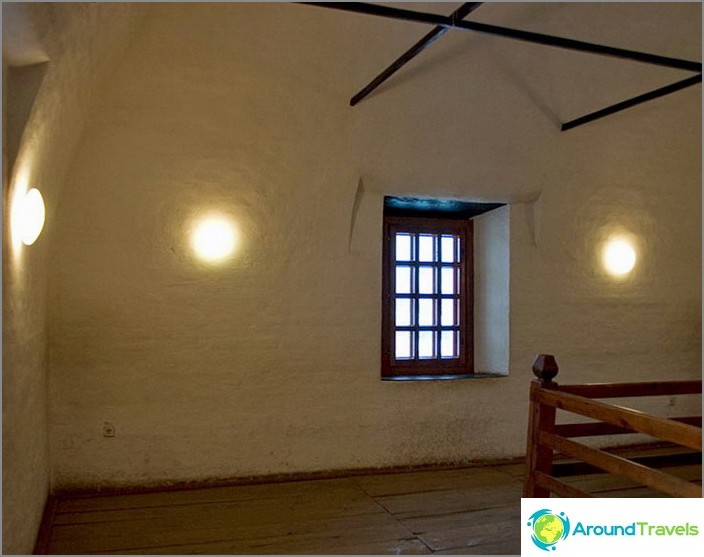 Auditory of the leaning tower.

On the top floor there are clocks, by typechimes. Just do not break. Brought from England, and cost a lot of dough, about as much as the inclined tower itself. Although if Demidov had his gold coins, then that he had this pile. 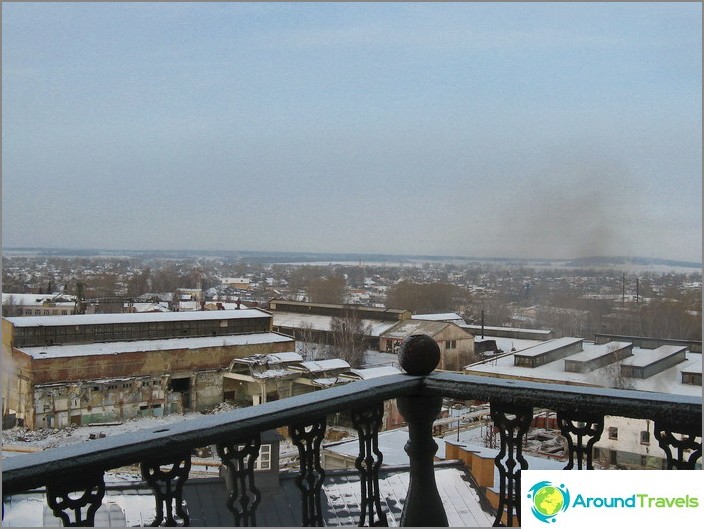 View of Nevyansk from the sloping tower.

I hope that the tower in Nevyansk will someday become as famous as the Leaning Tower of Pisa, and Nevyansk is a tourist city with European coziness.

New Year in Thailand - preparing for ...

Detailed maps of Abkhazia and cities of resorts