In the village of Estosadok has its own historicalsight - a huge sprawling oak on Listopadnaya street, under which at one time the name was given to the whole village - Eesti Aiake (Estosadok). According to eyewitnesses, the old tree cracked in 2006, after which it began to dry sharply. It was not possible to save the tree, but the forces of the Estonian community chairman Walter Hermann and local artist Mikhail Kultin cut out a symbolic history of the emergence of Estosadka in oak, beginning in 1883, when the first settlers from Estonia appeared in these parts.

Oak in the village of Estosadok

Oak Estosadok stands opposite a communal homenear the sports field. On its basis, a chain was hung on which it was supposed to hang the locks of the newlyweds, and the keys were to be thrown into the Mzymta River, but the tradition did not take root, and the chain remained empty.

Around the oak there is a cemented area,stylized under ancient stones with inscriptions that are not so easy to disassemble. He does not give a shadow, there are no benches nearby and, in principle, there is not a place where you want to walk. Just a kind of monument to the history of his people. 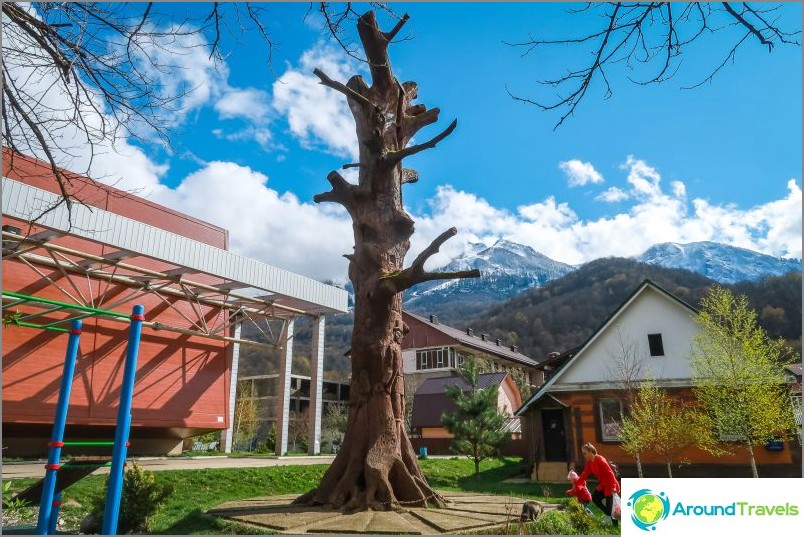 Oak in the village of Estosadok, Sochi 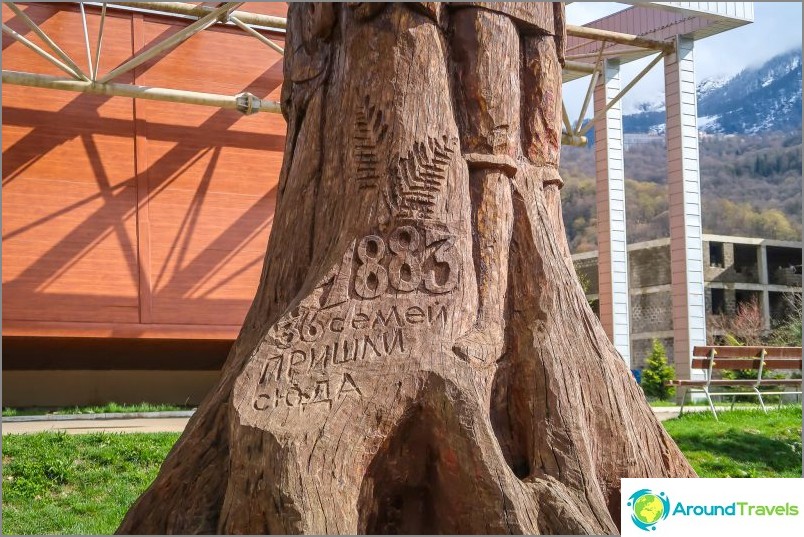 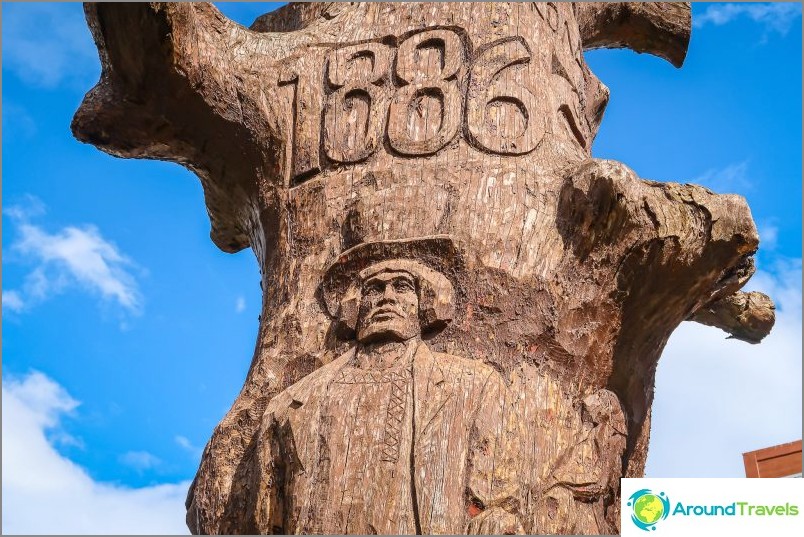 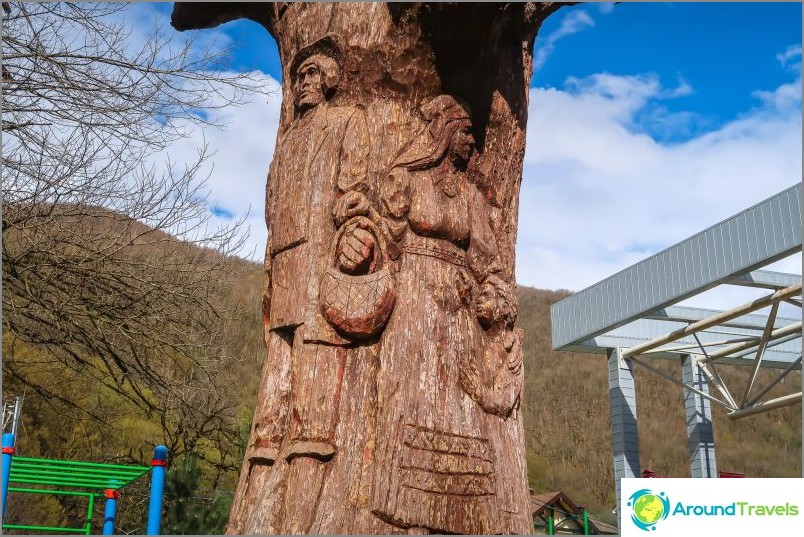 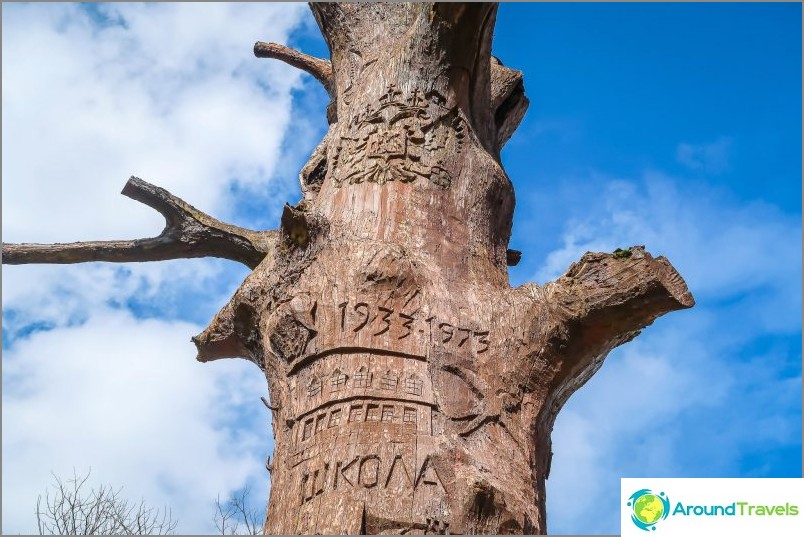 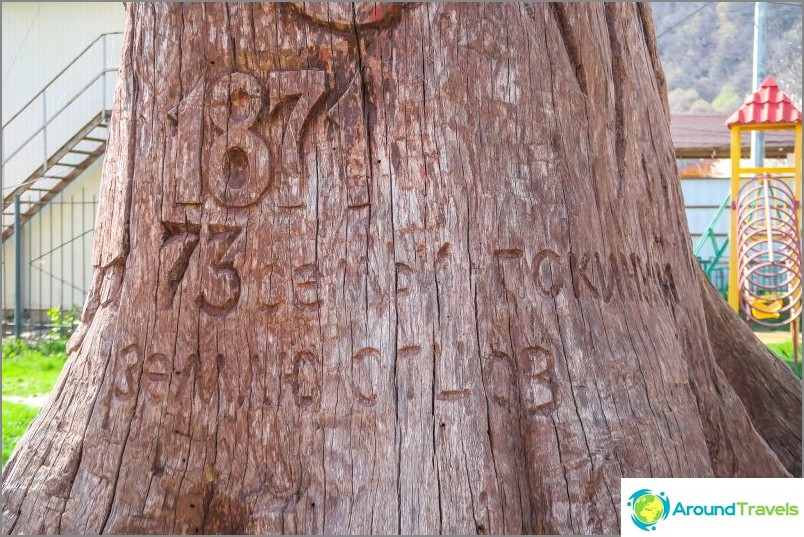 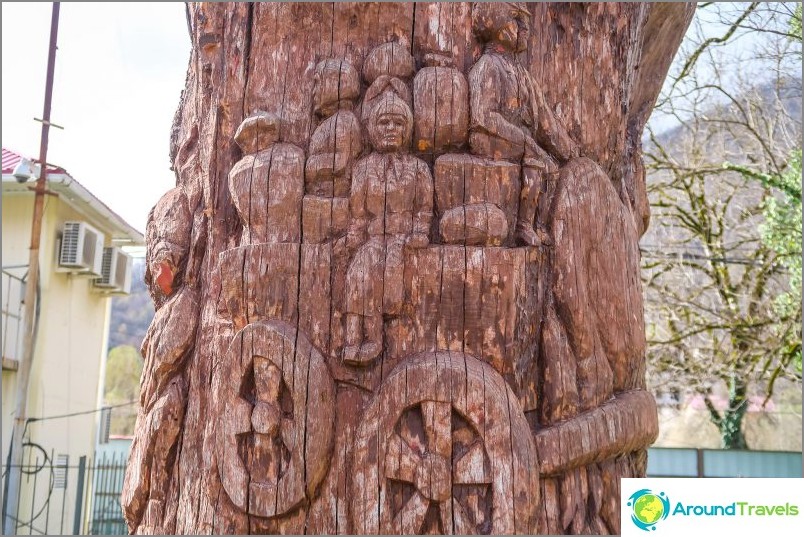 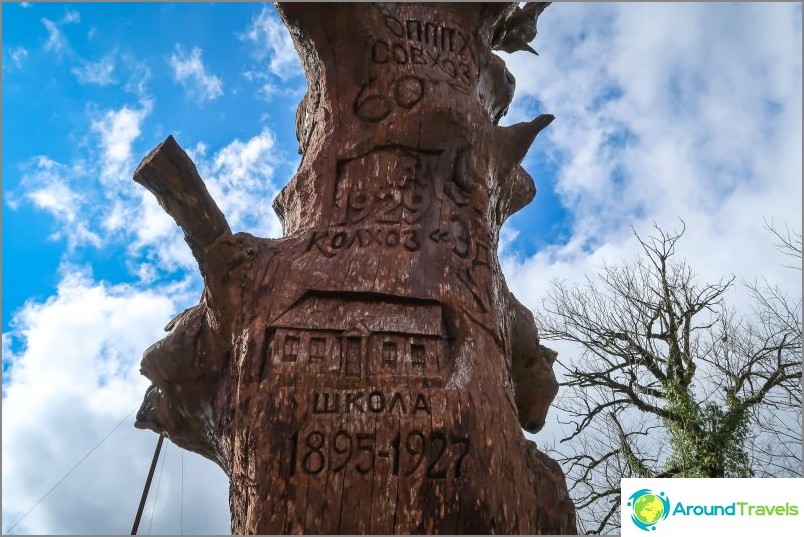 Entrance, as well as on any historical monument - is free.

I don’t know about round-the-clock access - Estosadok Oak stands in private territory, outside the gate, which may close at night, but I'm not sure.

Buses do not go here, you can come either on foot or by car.

Oak Estosadok
Old dead oak, a monument to the Estonian community of the history of his village.
Read more.

Old dead oak, a monument to the Estonian community of the history of his village. More details.