Custom dishes or how we ate grasshoppers in Thailand

After I posted a video about tacklinggrasshoppers for both cheeks, I was asked to tell in more detail how they taste. Therefore, a brief sketch on this topic. I do not pretend to something original, but I am sure that not everyone tried, and not everyone knows, about this “food product”. Before that, I already wrote several posts about food, if someone is interested: Thai cafes and street food. Thai supermarkets. Thai markets.

Argued that Thais eat grasshoppers and othercrawling and flying animals almost every day, and this is their traditional dish. Strange, but I have a completely opposite conclusion. I saw that grasshoppers are sold only in places where tourists gather, and it feels like it is for us, not for them. I also read that in some provinces there was a famine at one time, and insects were raised there to replenish the protein. It may well be that once it was, but judging by the price, meat is cheaper to eat a piece than these with paws. In the markets, of course, they should be cheaper, but I have not seen them there.

So, what is the taste of these creatures? I tried only small grasshoppers and larvae (or they were caterpillars). And he decided only a couple of years after seeing them for the first time. Still, people ask, the groups have already begun to drive around Thailand, it’s very interesting, but such a gap remains. But I couldn’t manage the big grasshoppers, the beetles of the huge, cockroach-like, and all sorts of scorpions there, too scary. So, the taste is always almost the same, regardless of the name of the "product", and resembles the most ordinary potato chips, the same salty and crispy. One has only to eat the first grasshopper, the barrier breaks, you cease to fear and crack them further. That is, if you grind an insect into powder, in order to eliminate the terrible look, and give it a try, you can hardly distinguish it from a salty chip chips. 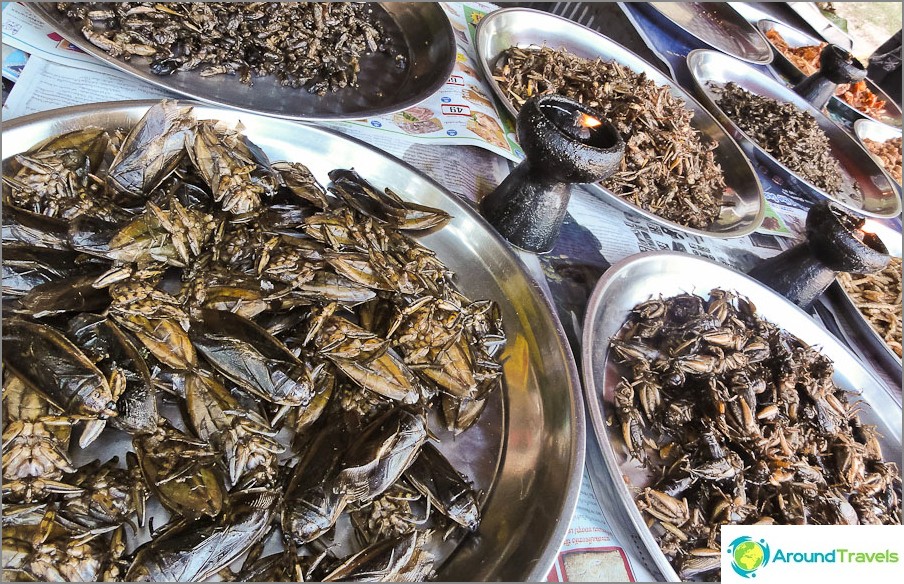 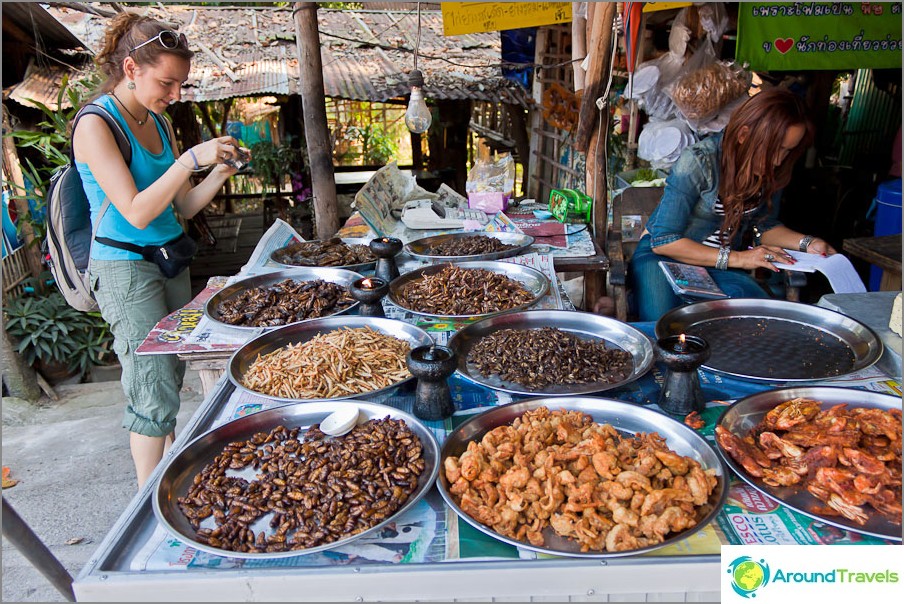 Last winter we only took pictures of them. 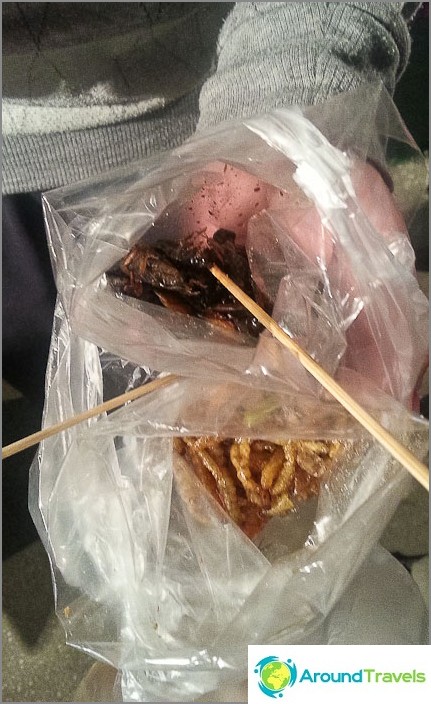 And this time I decided to try them. 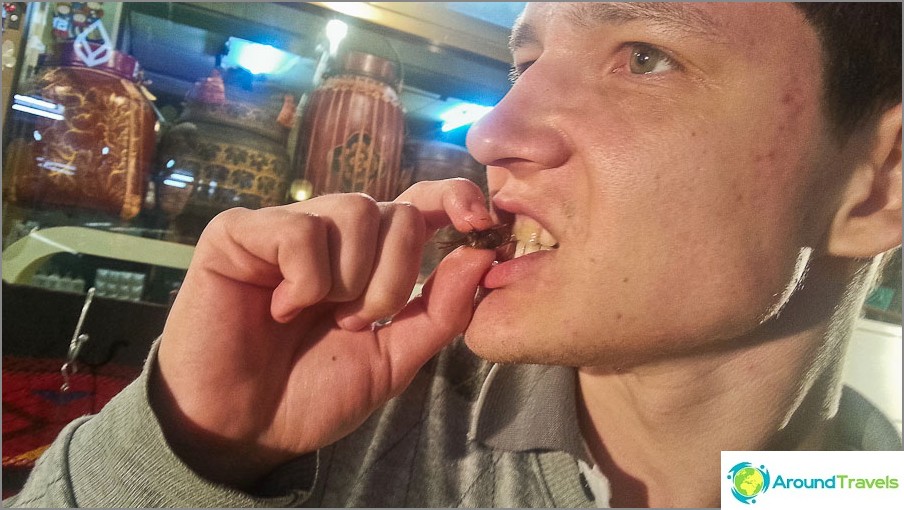 Andrei demonstrates how he likes grasshoppers

There is one truth but that I also encountereda little bit later. If the grasshoppers were not completely dried (or they were sprayed too much with the sauce that they became wet), then they still have their own taste, and because of this you begin to understand what you eat. Mmm ... feeling so-so in my opinion. Perhaps because I am originally not a fan of "live" food. Well, the sauce was clearly not the same.

And a small video about how all this is simply done, not a single muscle fluttered on the face of the action participants

How much is a trip to Thailand